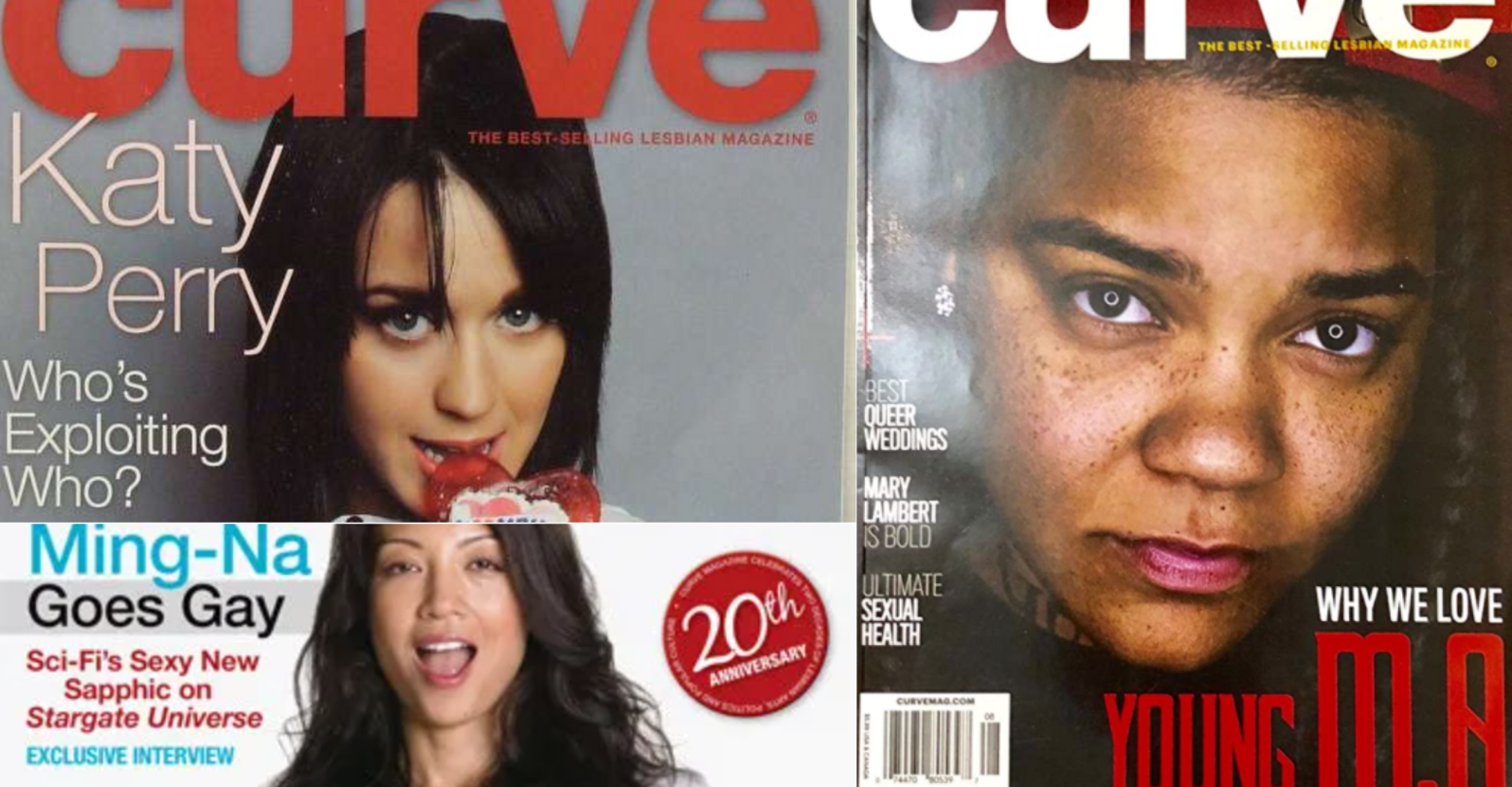 Before 1990, there were no lesbian magazines. That is, there were no magazines just for lesbians. Sure, there was a history of lesbian newsletters like Lisa Ben’s Vice Versa and zines a-plenty. But in the 80s, if you wanted to read about lesbian life, it was more difficult than it should have been. You could pick up an alt-weekly like the Village Voice or the Advocate, or you could search for the latest installment of “Dykes to Watch Out For” in your local paper. But you couldn’t find a glossy magazine dedicated to queer women.

That all changed in 1990, when Franco Stevens launched the first issue of Deneuve, the magazine that would, by 1996, become Curve.

Today, we get to hear the full story of how the groundbreaking lesbian magazine came to be, courtesy of Jen Rainin and Rivkah Beth Medow’s documentary “Ahead of the Curve,” which hits theaters on June 1.

Co-director Rainin is Stevens’ wife, and her passion for her subject shows in the care taken to explain and preserve Curve’s legacy. Viewers get a taste of how important Curve was to queer women in the 90s and 2000s via interviews with lesbian luminaries like Melissa Etheridge, Margaret Cho, Lea DeLaria, and Stevens herself. Curve touched the lives of queer folks across generations and gave the San Francisco-based Stevens her start in publishing. This was achieved, in Stevens’ own retelling, by applying for a bunch of credit cards at once and maxing them all out to create a magazine.

The gamble paid off for years. But now, Curve is in trouble. The magazine may not last another year, which makes the documentary something of a call-to-arms.  As one speaker explains: “visibility looks like us being the authors of our own experience.” That’s a privilege that had to be fought for by Stevens. And we have to fight even harder to hold on to it.