There’s a whole lot of things American men won’t do because people might think they’re gay. They don’t dance. They won’t carry a bag. They won’t take pains over their appearance – and if they do, other men will come up with an emasculating and demeaning term (“metrosexual”) to describe them.

Sadly, this is the uptight, repressed audience that most fragrance manufacturers are marketing to, which is why your local department store’s fragrance counter is as rigidly gender-segregated as a swim team practice in The Handmaid’s Tale.

An alien trying to study human culture via a perfume counter would conclude that on Earth, all girls wear pink and smell like flowers; all boys wear blue and play with trucks. Pile this depressing message of heteronormativity atop the bewildering array of bottles bearing what looks like the same name with different adjectives (Allure Homme Sport Bleu Extreme, anyone?) and the general pushiness of sales personnel and shopping for a fragrance to augment your personal style can feel like doing your taxes but with 80 percent more dizziness and headaches and 100 percent less fun.

It’s my totally non-scientific theory that the bulk of men’s fragrances are bought by gay men, so why is this section of retail the most gendered and reductive? LGBTQ people should be the first to cast off stodgy, outdated concepts of gender, particularly in 2018, a time when fashion seems determined to break all the rules it can get away with. (Calvin Klein, it’s worth mentioning, has released two unisex fragrances and actively promoted them in queer-positive advertising, CK One and CK All.)

NBA players carry chic designer bags, women regularly dress like future warriors in Hunger Games boots, Blade Runner hair, and superhero leggings. If the shoe fits, our times ask, why not wear it on your head? So why can’t we get this kind of freedom and sense of play at the cologne counter?

Actually, we can. There are more than a few fragrance companies that no longer market fragrances directly to men or women (Tom Ford, Jo Malone, Dyptique, Comme de Garcon), but let the customer decide what gender their perfume is. Companies like Armani, Chanel, and Guerlain have launched luxe lines of perfumes that are non-gendered.

Frédéric Malle is neither a perfumer nor designer, but more of an impresario like legendary Ballet Russe patron Sergei Diaghilev. His company, Editions de Parfum, asks legendary perfumers to create their dream fragrances.

Except in the cases where the fragrance name indicates (as with Geranium pour monsieur and Portrait of a Lady), these exquisite fragrances are non-gendered. My first Editions de Parfum favorite, Vetiver Extraordinaire, is a deep-voiced masculine-leaning composition, wet, rooty and dark.

However, two newer fragrances, Cologne Indelebile and Eau de Magnolia, open with floral notes, but where department store fragrances for women would turn too-sweet and floral, these fragrances remain proudly androgynous, ready to be worn by anyone.

Eau de Magnolia is a particular revelation to anyone who has lived in or loved the south. If perfumers go near the loud, lemony magnolia blossom, it is typically only to throw some dime store faux pearls around its neck and run away, making it smell like your seventh grade English teacher.

Eau de Magnolia luxuriates in the half-citrus/half-flower mystery of an unadorned blossom, followed by greenish leafy accords that bear the glowing white bloom offstage on a sedan chair. It’s an intriguing smell and kind of a riddle when worn by a man.

“What’s that you’re wearing?” people ask all day. “It smells so familiar, but…”

The aggressive freshness of Eau de Magnolia works for me as an alternative to many of the currently fashionable mega-clean men’s fragrances like Chanel’s Bleu eau de toilette, which mainly smells to me like a very, very fancy deodorant stick. 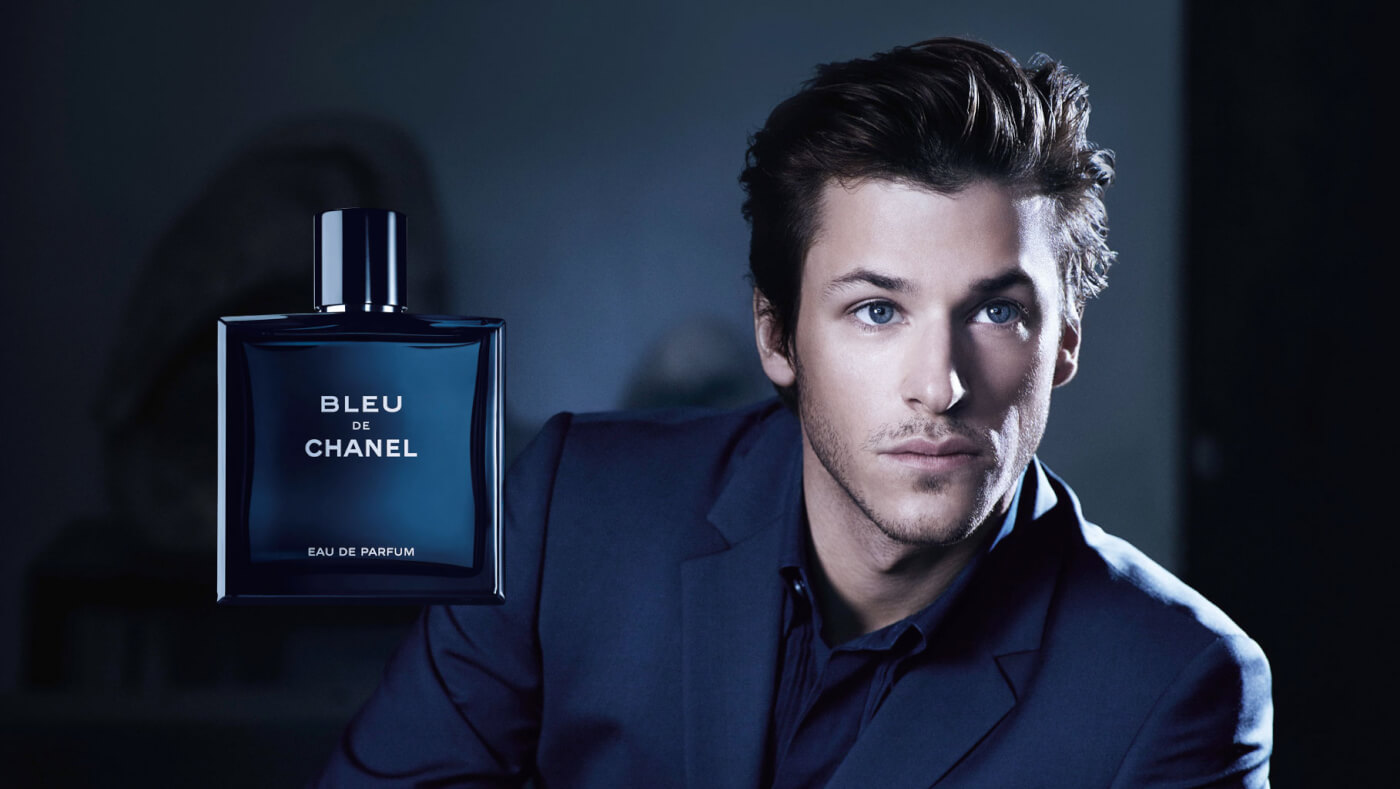 This summer’s eau de parfum version of Bleu is another matter entirely. I checked it out just to see what the more-concentrated, denser version of that blue deodorant stick would smell like.

Initially, I thought this must be a mistake, Bleu eau de parfum comes out of the bottle singing soprano. Something this sweet and breezy, I thought, is surely from a brief for a woman’s fragrance. Maybe they got mixed up at the factory, then decided the mistake was a good one.

Then, as the bright, almost floral opening notes fade, smells of leather and tonka bean give a sense of depth and heft to the mix. Chanel’s website assertively markets the Bleu line to men, but lots of women could just as easily pair it with jeans and a favorite sweater and call it beautiful.

The release I’m personally most excited about, however, is the expansion of Thierry Mugler’s “Cologne” collection. In 2001, Mugler released the simply-named Cologne in a tall, clear bottle aimed at any and all genders.  The bright green juice inside smelled like a steamy shower, with soapy neroli, petit-grain and spiky vetiver complimented by a “mystery S note.” It was a small revolution at the time, when the Number One men’s fragrance was the wildly generic Acqua di Gio, another inoffensive deodorant stick with nowhere to go.

Now, the original Cologne has been renamed Come Together and it has four colorful new siblings, I Love You All (blue), Fly Away (yellow), Take Me Out (orange), and Run Free (purple). The names sound like song titles and the company encourages mixing and matching the different fragrances to create a personal favorite remix. 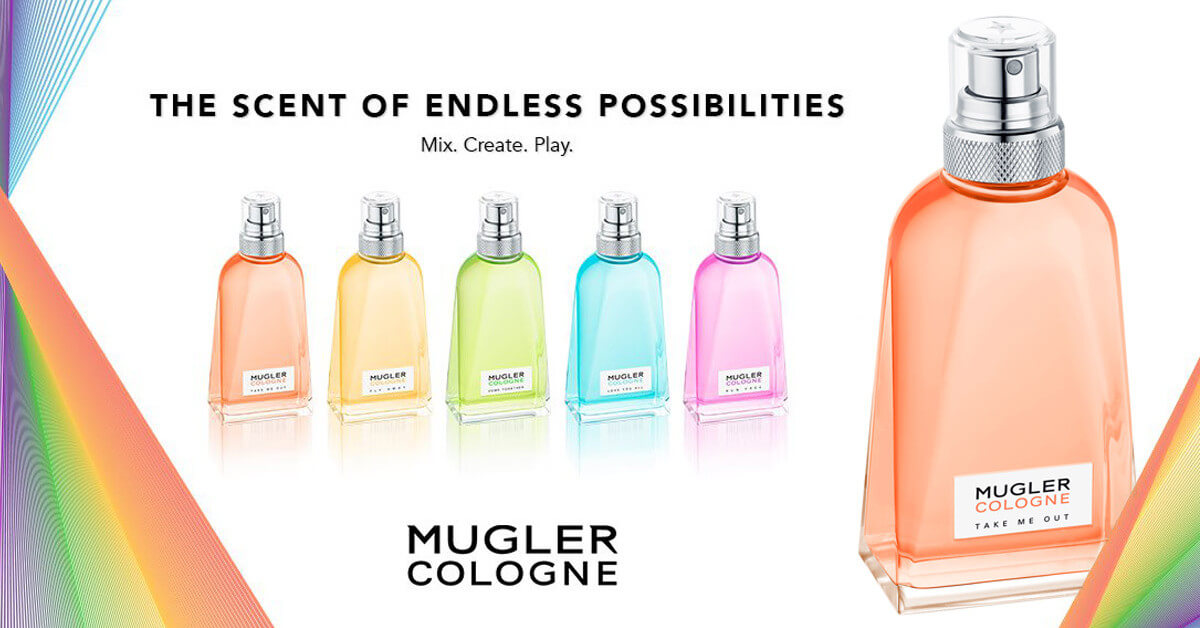 The playfulness and gender fluidity of this collection is thrilling to me, an invitation to experiment and recombine their creations and make them yours. All four new fragrances are good, hewing faithfully to the original Cologne’s combination of bitter and sweet, clean and dirty.

My favorite, surprisingly, is the one most people identify as the most feminine, Take Me Out. It opens with a spray of white flowers, chiefly orange blossom, then inserts tangy grapefruit rind into the spaces where vetiver grassed up the original and saved it from being just another nice neroli fragrance.

Maybe some people will smell me on the street or in the bookstore and think I’m wearing women’s perfume, or that I smell “gay,” but mostly they’ll probably be thinking the same thing I am, “God damn, that smells good.”