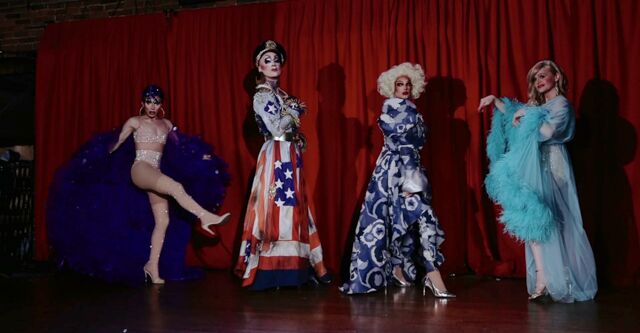 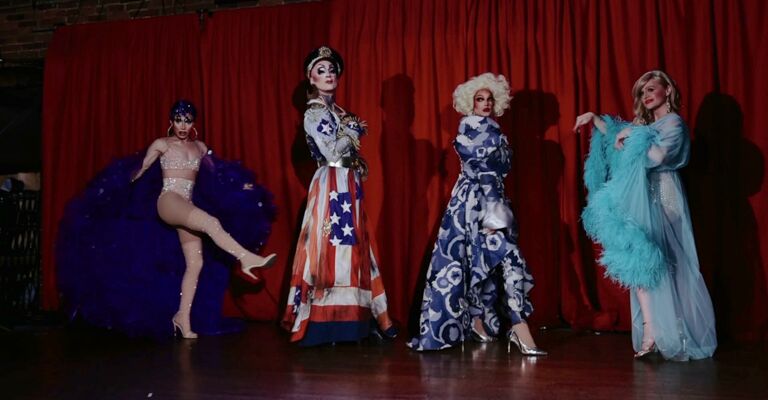 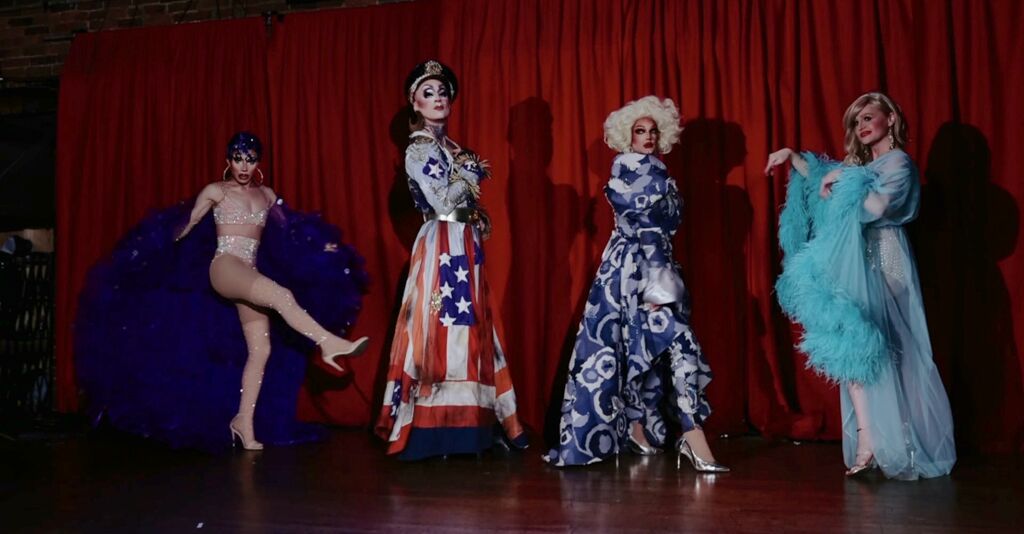 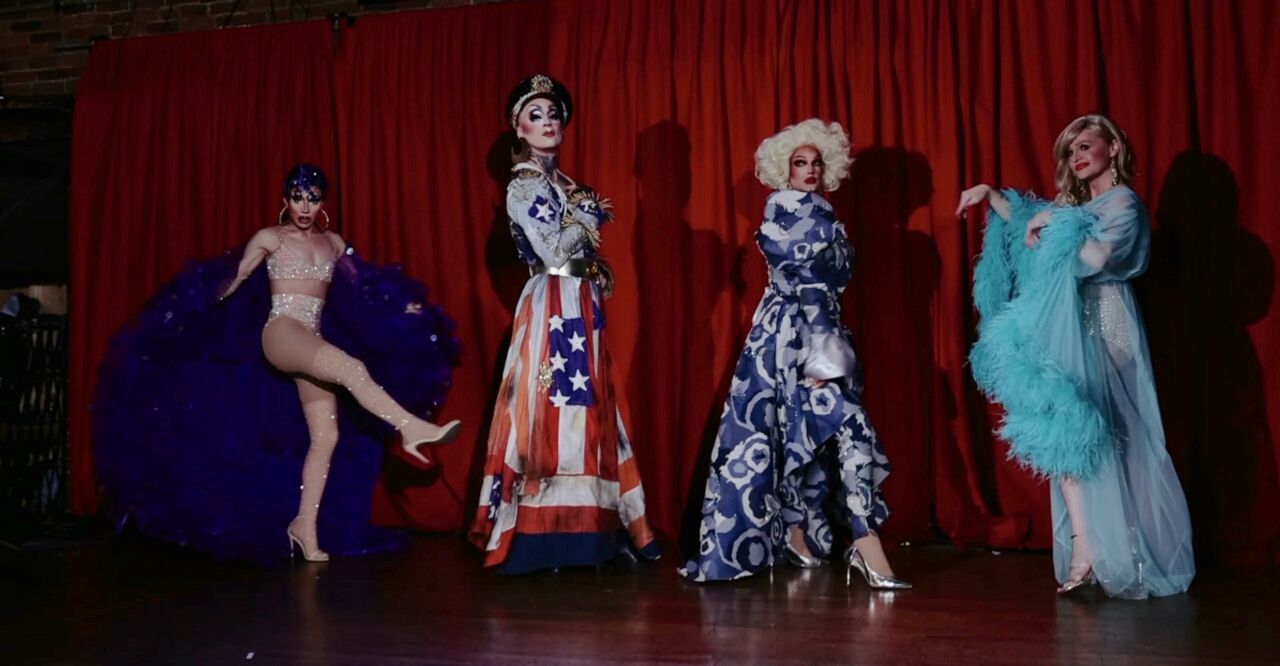 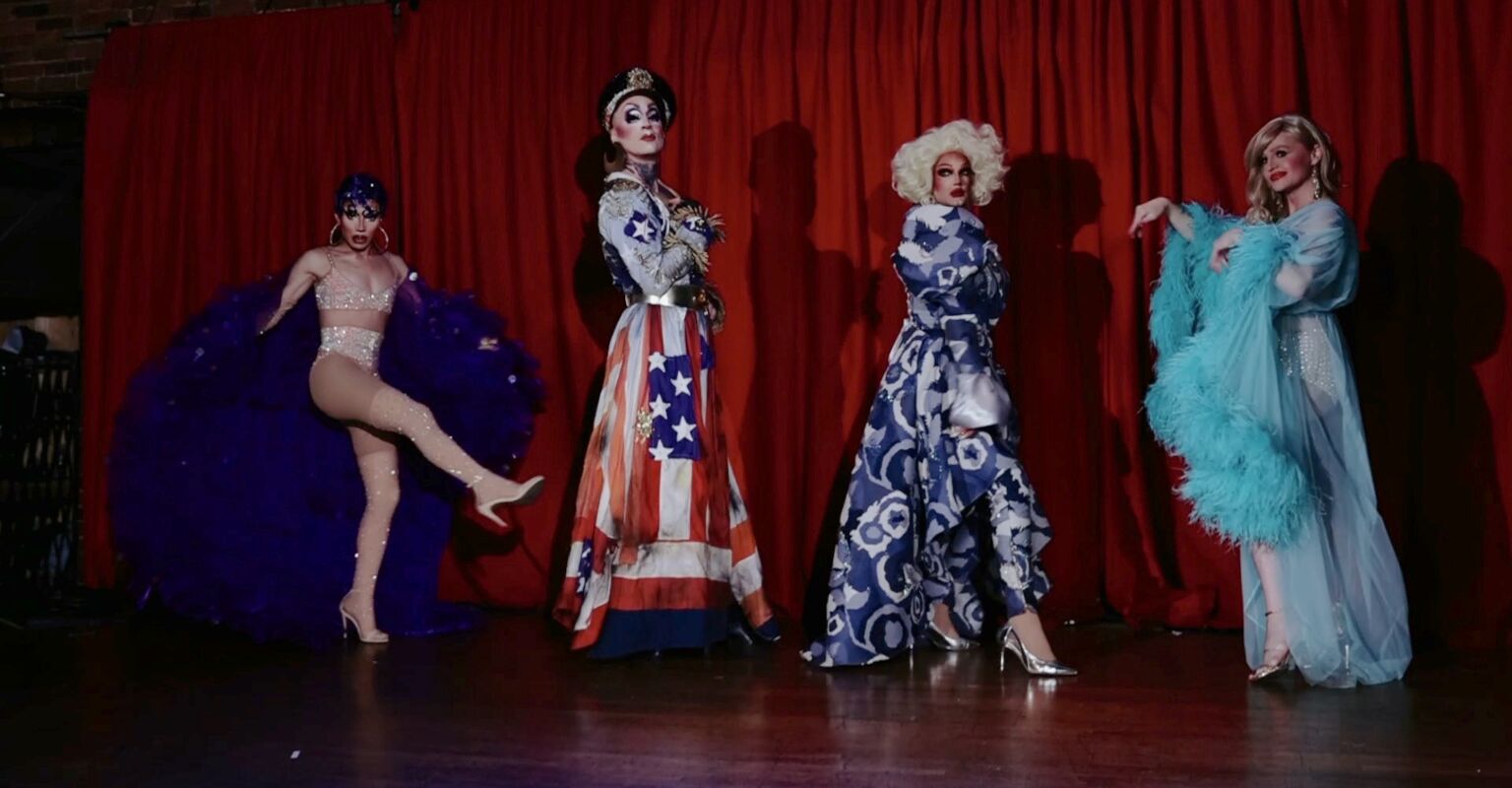 When fan favorite drag queen Denali sent home her Chicago sister Kahmora Hall in an iconic lip sync to Crystal Waters’ “100% Pure Love,” she cemented herself as a “RuPaul’s Drag Race” legend. But it was her work off the show that took the world by storm and started a trend to uplift drag artists everywhere.

“I really wanted to rewrite the narrative,” Denali said of the video in an interview with Windy City LIVE. “Rather than pit two queens against each other, I saw it as an opportunity to celebrate my community, and give back as a gift or a love letter to the community that helped me get to where I was.”

Denali’s video gave the spotlight to Chicago’s local scene, but it also set off a chain reaction. Other scenes across the country (and even the world) took inspiration and created their own versions of “Drag Excellence,” giving exposure to hundreds of drag artists beyond the limited scope of “Drag Race.”

Videos have come from the drag scenes of Houston, Seattle, LA, Connecticut, Colorado — the list goes on. And the most recent entry in the “Drag Excellence” canon highlights Nashville, courtesy of a duo who are all about creating queer spaces.

Bitch Fit is the project of couple Caroline Shumate and Ren McConville. They produced “Nashville Drag Excellence,” but prior to the pandemic, they were also throwing Nashville’s queerest parties. So how did Bitch Fit come to be?

“This is a really gay story,” says McConville. “I’m just gonna tell it.”

Shumate and McConville met in 2018 and bonded over their love of queer nightlife, something lacking in their home city of Nashville.

“We’d been to these really elaborate and alternative and welcoming parties in other cities, and we were like, ‘This just doesn’t happen here in Nashville,’” says Shumate. “So we were like, ‘Why don’t we do this?’”

And do it they did. A year later, they threw the first Bitch Fit party in August of 2019. They didn’t know what to expect — maybe 30 partygoers? But over 100 people showed up. By February of 2020, Bitch Fit was attracting around 500 attendees per party, and it’s pretty clear why.

Not only does Bitch Fit celebrate all things queer — house music, drag, biodegradable glitter — but it was founded on a platform of accessibility. Every party was either free to attend or cost $15 with an open bar. Those who could afford to give more would, say Shumate and McConville, and that spirit of community kept Bitch Fit alive.

“It’s a really unique event. It’s by love, and it’s for love,” says McConville. “It was born out of these two queers who are just obsessed with each other and obsessed with seeing a community grow. We nourished it together and we made that happen.”

We all know what happened next, unfortunately. COVID struck, and the world shut down, taking Bitch Fit with it. This did give the duo time to watch Season 13 of “Drag Race,” where they fell in love with Denali and the way she celebrated her community.

“The ‘Chicago Drag Excellence’ video came out, and we took full inspiration from that,” says Shumate. “We were like, ‘If we don’t do it, nobody will. So let’s fucking do it. Like, let’s just dive in and make it happen.’”

Bitch Fit collaborated with drag artist FEMNASTY777 to bring their vision to life, along with a talented production crew and, of course, a cast of 40 local drag artists.

“It was very much an open door policy,” says McConville. “It didn’t really matter what level of drag you have or your status in the city or anything like that. It was really like a big open table, saying, ‘Anybody who wants to be a part of this, this is where we’re going to be at this time, let us know and we’ll get you scheduled.”

The video was filmed in a single, very long day of shooting. Shumate recalls that Griffin Dunn, the director of photography, “had cameras on him rolling from about 8 a.m. until 10 p.m.” It was exhausting, but absolutely rewarding, she says:

“It was just so needed, a source of positivity in such a shit year and a half. It was electric for the entire day.”

The final product, which is set to “Pancake” by Jaded and Ashnikko, is a love letter to Nashville drag in its purest form. It’s probably not what outsiders would expect from a city so rooted in country stereotypes.

“There’s so much to Nashville aside from the bullshit honky-tonks and Miranda Lambert bars and all of that,” says Shumate. “If you actually interact with the people that live there and are the creative backbone of the city, so much of that is queer.”

McConville agrees, saying they hope the video can lay the groundwork for future growth in Nashville’s queer scene.

“Nashville is becoming a queer epicenter of the South. It’s happening. And this is a tool for that, 100%,” they say.

And though Shumate and McConville recently relocated to Chicago (they actually shot the video two days before moving), they still plan to throw Bitch Fit parties in Nashville when it’s safe to do so, and they hope producing “Nashville Drag Excellence” becomes a yearly tradition.

“By this point next year, how many people will have relocated to Nashville that we can showcase?” asks Shumate. She and McConville want the video to be like “a yearbook of folks that have participated in the scene,” she says.

The pair also hopes the video can be a tool to bring booking opportunities for the featured artists, helping to diversify the drag scene in Nashville.

“It’s an expensive tool, but it’s a tool and it’s worth it,” Shumate says. “Definitely worth it.”

Nashville’s isn’t the first “Drag Excellence” video, and it won’t be the last. And with each new addition to this incredible queer collection, more and more drag scenes are at long last getting the attention they deserve.

“It’s so cool for each city to have their own spin on it,” says McConville. “No matter how big or small, everyone’s feeling empowered to be like, ‘We have so much badass drag here.’”