Hollywood has made billions of dollars by romanticizing the notion of murder, and not just within the realms of fiction. Monsters like Patrick Bateman and Norman Bates have long graced the silver screen alongside real-life murderers such as Aileen Wuornos and Jeffrey Dahmer, but for such roles, the actors involved usually have to “go ugly.” After all, serial killers are rarely out there winning beauty contests between each kill, unless of course, they’re Carlos Eduardo Robledo Puch.

Carrying out the kind of evil exploits that seem tailor-made for the big screen, Argentina’s most notorious serial killer rose to fame in the early ’70s and became the poster child for rebellious youth, fighting back against adult authority. It certainly didn’t hurt that he was gorgeous either. With his androgynous features and a mop of curly blond hair, it was hard for anyone to believe that Puch was capable of the crimes that he committed, yet over 45 years later, he’s since become the longest-serving prisoner in Argentina, and for good reason too.

It’s no wonder then that someone in the film industry finally sat up and took notice of Puch’s story, although audiences who were there to read about his killing spree in the papers might be surprised at what director Luis Ortega decided to focus on. Currently making its rounds on the festival circuit, El Angel is a curious beast, consciously skimming over some of Puch’s darkest deeds in order to focus on the sexually ambiguous relationship he shared with fellow killer Ramón Peralta (Chino Darin). 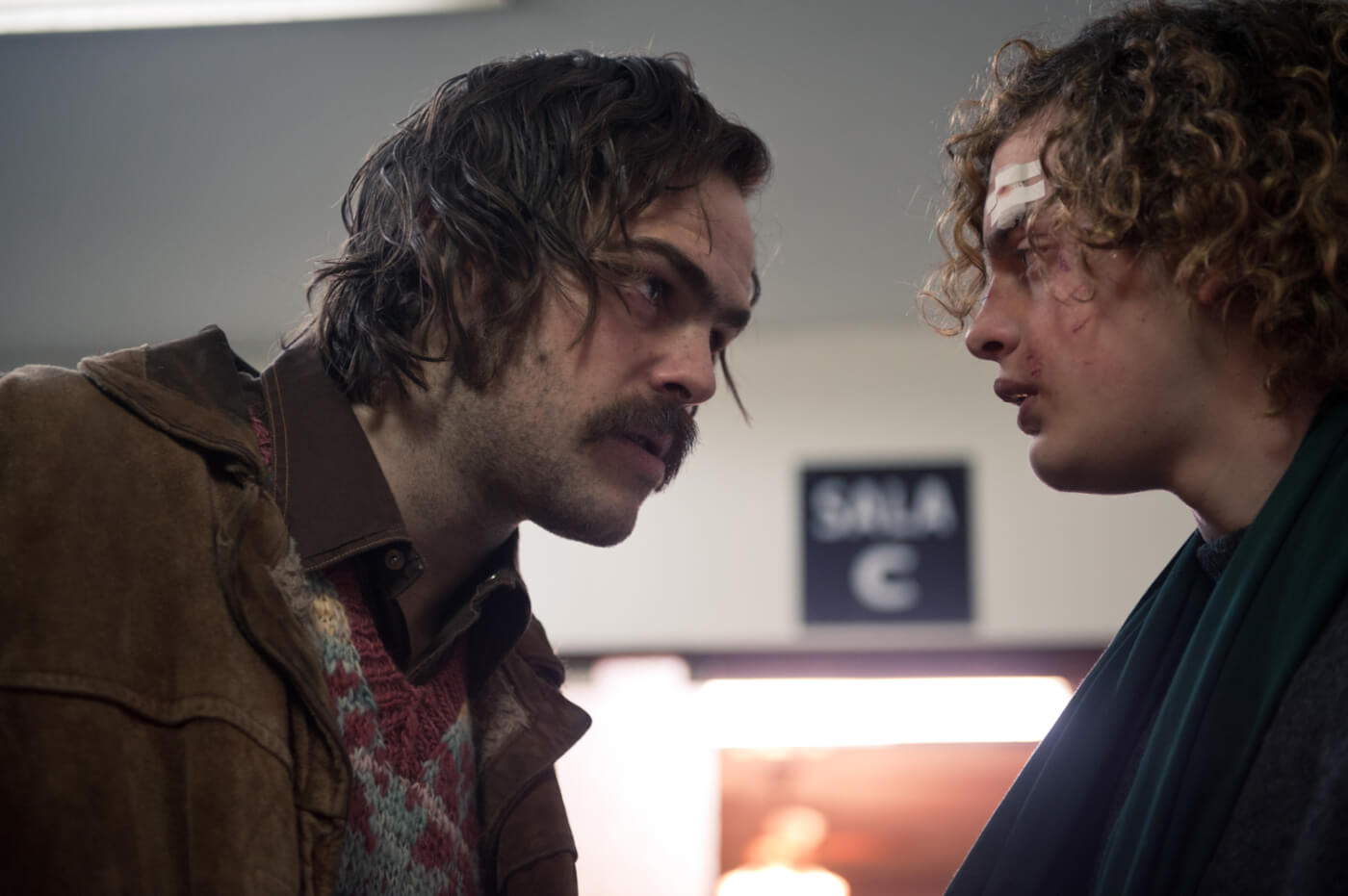 El Angel introduces us to its titular character (played by Lorenzo Ferro) as a mischievous teen with boyish appeal and doesn’t deviate far from these first impressions, even after the killing commences. It’s not long before the young serial killer in the making meets Peralta and together, the two form a new Bonnie and Clyde of sorts, a partnership infused with the kind of homoeroticism one might expect from a film co-produced by Pedro Almodovar.

Ortega told Vice that he didn’t want the two young men to consummate their relationship on screen, explaining that he wanted to keep things “pure” on an emotional level. Still, the feelings between the pair intensify as the story progresses. When Peralta starts to trade sexual favors with a male art dealer, Puch doesn’t know whether to feel disgusted, aroused or betrayed, and this all plays out to a gorgeous retro pop soundtrack charged with the constant presence of phallic guns at every turn.

When Puch is eventually caught in the film, the media struggles to reconcile his angelic features with the 11 murders and 17 robberies that he’s been charged with, eventually referring to his “dubious sexuality” as the culprit. Why else would a good-looking, middle-class boy resort to such extreme acts of violence if not for the fact that there’s something wrong with him on the inside? Ortega frames his account through this almost Shakespearean love story, exploring the conflict between the machismo of ’70s Latin America and the inherent queerness of male fraternity.

The problem, though, is that by doing so, Ortega also overlooks the darker chapters of Puch’s story. While it’s hard not to enjoy the visceral thrills and carnal lust depicted on screen, what audiences aren’t being made aware of is just how twisted the so-called Angel truly is. Yes, some of his murders make the final cut, but these are hyper-stylized and mostly involve guns, thereby distancing Puch from the brutality of these kills. What Ortega’s movie fails to mention is how the baby-faced Angel also raped three women and shot at a newborn baby, not to mention how he murdered some of his victims by slitting their throats slit or even bludgeoning to death with rocks. 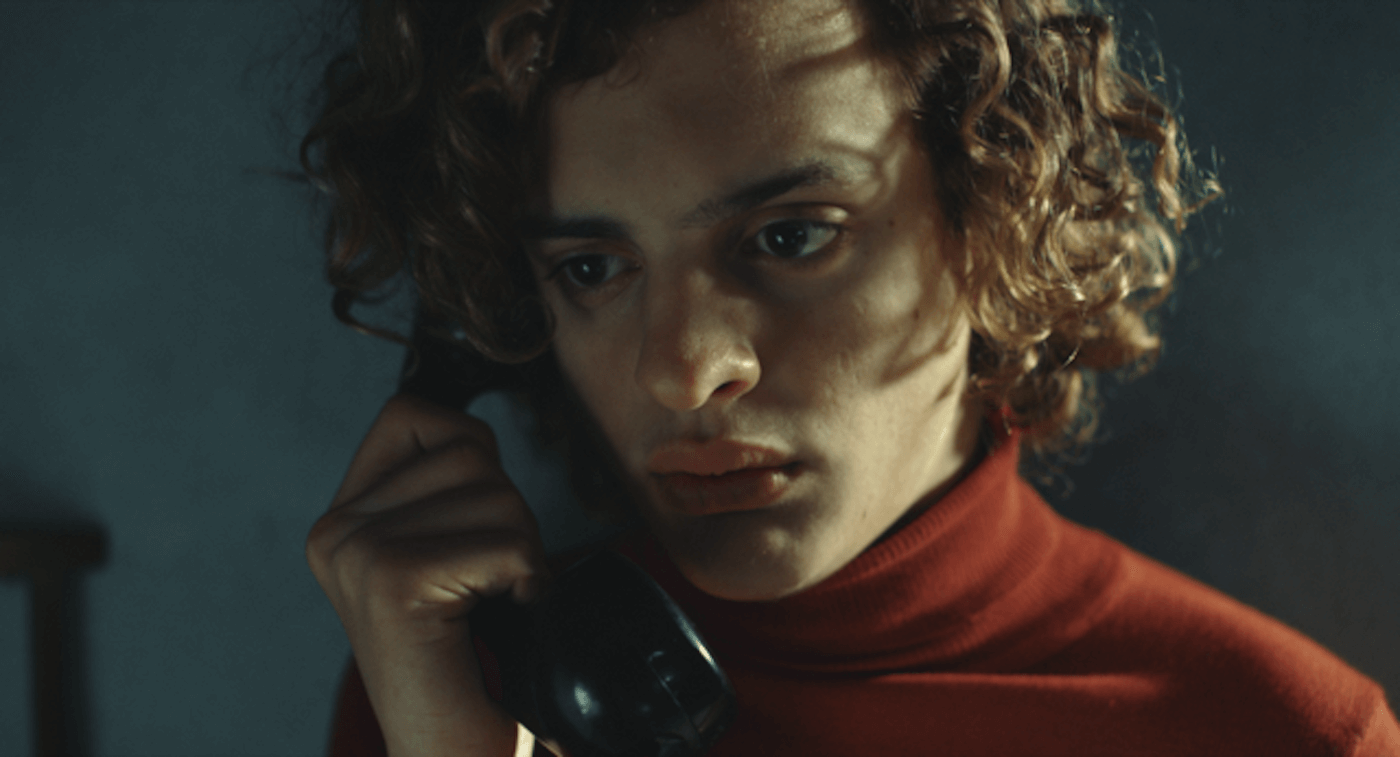 In his defense, Ortega openly admits that he took liberties with the truth, stating outright that El Angel is “not a biopic” and that he “fell in love with the idea of completely rewriting this story,” making it his own. During an interview with Deadline, Ortega reveals that he did skirt closer to the truth at one point, even shooting the aforementioned ‘baby’ scene, but he later took it out, presumably because it was too horrific.

Although there’s no actual obligation to tell Puch’s story in all of its gory detail, it’s clear that Ortega deliberately omitted these grisly moments from his life in order to craft a more sympathetic character. In commercial filmmaking terms, this decision actually makes a lot of sense, but is there a responsibility to tell the truth when it comes to real life events that affected so many people?

Even Puch himself reportedly objected to his portrayal in El Angel, but not for the reasons you might think. While he didn’t seem to mind the way his many crimes were portrayed on screen, he did have a problem with the queer elements of the film, which he vehemently denies took place. It would be easy to dismiss Puch as one who doth protest too much, except for the fact that Ortega himself admits that the supposed ‘love’ that the two men shared was inspired purely by speculation.

Speaking to Remezcla, the Argentinean director explained that he had read between the lines of a biography written by Rodolfo Palacios: “I took it as him being in love with his friend and partner in crime, and wanted to center the film on the love story more than the crime story.” Because of this, it’s easy to argue that Ortega might be drawing similar conclusions as the newspapers did at the time of these murders, connecting Puch’s psychopathy with a ‘deviant’ form of sexuality. After all, why did he focus so heavily on these rumored aspects of this story if he wasn’t even going to consummate their relationship in any physical way?

Back in the times that El Angel was set, serial killers were often represented as queer in what has since become a rather outdated film trope. While it seems that Ortega didn’t deliberately play into such notions here, the forced inclusion of a gay subplot into a serial killer movie remains rather obtuse in today’s day and age. When asked about the artistic license he took here, Ortega told Remezcla that Puch’s sexuality and the crimes he committed aren’t connected: “They’re just two aspects of his character.”

While that is true, it’s a shame that Ortega didn’t exploit this opportunity to explore what life must have been like back then for queer Argentinian men in more detail. Instead, he deliberately ignores actual events that took place while simultaneously failing to deep dive into the love story too, creating a film that looks gorgeous and yet remains devoid of moral value, much like Puch himself.

El Angel soars into US theaters on November 9.