I want to be clear: I am very anti-Clueless reboot. As a former ’90s kid, I can feel myself turning into a curmudgeon. There’s a recurring, inter-generational phenomenon that, until now, I’ve only bore witness to, and that’s when old people become prickly about reboots of their favorite childhood movies and TV shows. Now, it’s happening to me. My favorite show in the ’90s was Charmed, which was recently chewed up and spit out by the Reboot Monster in terribly gauche and tacky ways. I’ve enjoyed some of the ’80s and ’90s remakes, like the all-female Ghostbusters and Paramount Network’s Heathers, but after I was personally attacked by the new Charmed, I’ve started to fear for the future of ’90s reboots.

Earlier today, the second iteration of the Amy Heckerling classic ’90s movie Clueless was announced. The movie will be penned by the writers of GLOW and Girls Trip, which sounds good, in theory. But just like Charmed, Clueless was one of my most cherished pieces of ’90s pop culture. If the movie has any chance of upgrading what I consider to be a blazing 10, then there’s only one thing they can do to improve it: make it gay. Making Clueless gay is the only chance this movie has at surviving — The CW’s updated Charmed made one of the Halliwell sisters queer, so it’s not out of the question. And between the collared shirts, plaid blazers, bandanas, and mention of The Cranberries, Clueless is the perfect storm of untapped queerness that’s ready to come bursting out of Cher’s electronic closet.

First and foremost, I think we should get the obvious choice out of the way: Tai. Played by the late, great Brittany Murphy, Tai seems like the natural heir to the lesbian throne. She’s a supporting character, which Hollywood loves to dump queerness on so the protagonists can keep their boring hetero garbage intact. Tai shows up to the snobbish Beverly Hills High School with a flannel and a trashy accent, seeking “herbal refreshments.” She’s basically me everywhere I go. Cher (Alicia Silverstone) and Dionne (the embattled Stacey Dash) decide to make her over from a frizzy-haired dyke into a curlicued, headband-wearing, plaid-obsessed … bisexual? 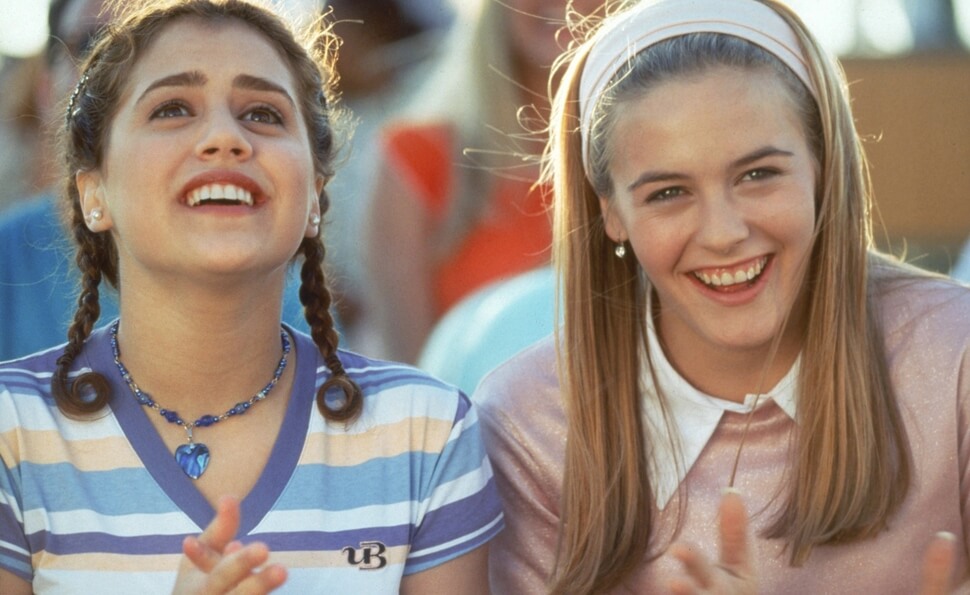 When Tai first eats lunch with Cher and Dionne, she actually quips, “Shit, you guys. I’ve never had straight friends before,” which is like, textbook gay people, who naturally gravitate toward others of our ilk before we even realize we’re queer. Plus, Tai is totally crushing on Travis, a charitable Nine Inch Nails stan who skateboards, smokes weed, wears tattered flannels, and has Hanson hair — he’s basically already a lesbian. So, it’d make total sense if the token queer character in the Clueless reboot was Tai, and her love interest was lesbian Travis. But there are other options that are actually significantly more enticing.

Now, any ’90s queer with their head on straight — and by that I mean not straight — would ship Cher and Dionne. Lesbian culture is shipping the two female leads in any given ’90s or 2000s movie. See: Jess and Jules in Bend it Like Beckham, Kelly and Jennifer in Cadet Kelly, Torrance and Missy in Bring It On, Torrance and Isis in Bring It On, Courtney and Whitney in Bring It On… But for me, Cher and Dionne have strictly platonic energy between them. Dionne is a supporting character who can rock an extremely extra hat or plaid blazer and pick a fight or hold a grudge like it’s her job, but… Oh shit, wait. Is Dionne queer?

Think about it: She has a tennis instructor, as is evidenced by the “note” she brings to PE with strict instructions to keep her from training with other instructors — and tennis is the most lesbian sport of them all. (Am I right, Billie Jean King?) Further proof of tennis lesbianism: the PE teacher in Clueless is an angry out lesbian and tennis queen. Cher even describes her as “same-sex oriented.” 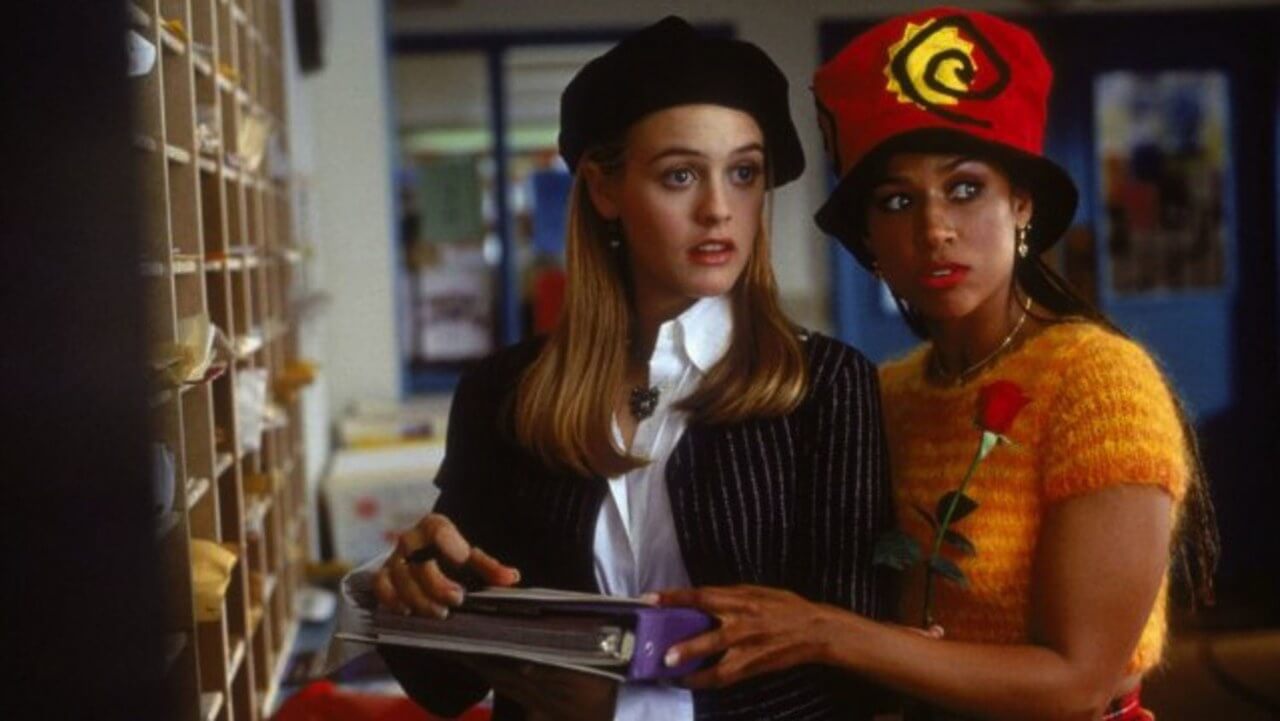 But back to Dionne. Her boyfriend Murray, played by the vibrant Donald Faison, could be subtly, metaphorically a queer woman. At one point, after being called out by his girlfriend for his degrading use of the word “woman,” he delves into a tirade about the appropriation of misogyny is street slang. He apologizes and says, “Street slang is an increasingly valid form of expression. Most of the feminine pronouns do have mocking, but not necessarily misogynistic undertones.” That quote sounds ripped from a queer woman’s manifesto on street slang and why she should be allowed to reclaim it.

So, sure, Tai, Travis, Dionne, and Murray could all technically be gender-swapped or hetero-flipped for a modern reboot, but there’s one person who I believe the queerness should be bequeathed to, and that’s… Cher Horowitz. Call me a dreamer for thinking a reboot could actually star a queer female protagonist — because queer women are always shafted in mainstream film and TV— but Cher is genuinely the most inherently lesbian character in Clueless. And the more I think about it, the more I realize Cher has been canonically queer the whole time. Hear me out.

Headbands, pleated plaid skirts, and fashion choices aside, Cher’s mom died during a “routine liposuction” when she was young, and mommy issues are the hallmark of queerness. She’s a generous, woke queen who gives an impassioned speech in debate class about why “Haiti-ans” should be allowed to seek refuge in the US, because “It does not say RSVP on the Statue of Liberty.” Um, hello — give this activist a Twitter account! 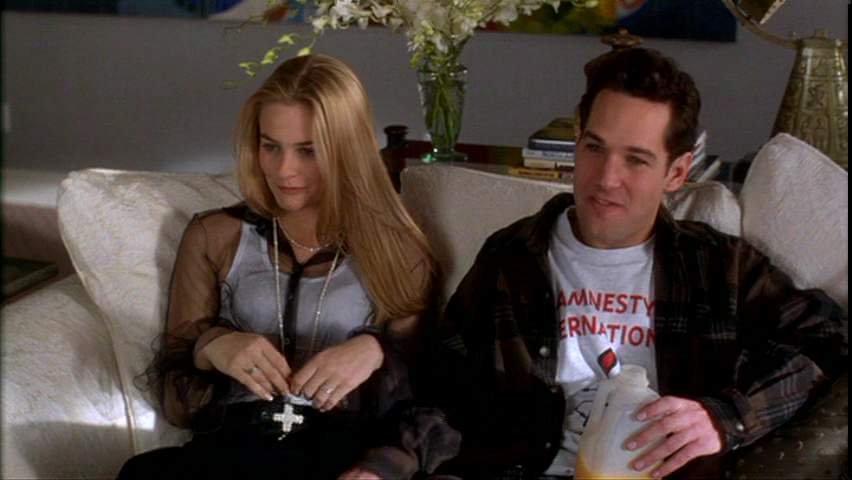 Cher also likes queer girl stuff. She loves Beavis and Butthead, as well as other cartoon characters she can project her traumas on to, like Ren & Stimpy, who she calls “way existential.” She cares about wellness and being well-read, and makes a point to elevate her vocabulary so she can sound smarter than men. She also wears clogs.

Cher is a bad driver, which could be gay. Gay Twitter has churned out a meme about how gay men can’t drive, but are queer women bad drivers, too? Come to think of it, every time I’m driving with a gay girl, I’m thoroughly scared for my life. I feel like queer women drive with the fury of 1,000 scorned exes surging through their toes. Cher has a lead foot and an overall lack of awareness for other cars on the road, and that’s pretty gay.

But then there’s the real, hard-hitting evidence of Cher’s lady-loving side. She falls for a gay guy, Christian, which is like, High School Lesbianism 101. She also hates high school boys, says they dress badly and complains about how they “slobber all over you.” She also tells Dionne she hates men with muscles. And finally, she’s a virgin! I was a virgin in high school because I couldn’t find any men who lit my fire, and I didn’t know it was because I was repressing something much deeper. Not all high school virgins are repressed lesbian losers like I was, but when Cher’s virginity is stacked against all her other queer qualities, it’s hard to deny her sweltering lesbianism: Cher is a virgin who can’t drive, and that’s fucking GAY.

Cher ends up falling for Josh (Paul Rudd), who’s technically her stepbrother. She typically goes for more feminine men, both physically and energy-wise, and Josh is extremely lesbian. He’s from Seattle, and as we know, the entire Pacific Northwest is gay. He wears flannels, has “granola breath,” and he wants to practice environmental law. He tries to stay woke by watching CNN. He even tells Cher it’s “cool to know what’s going on in the world.” They’re a perfect woke couple! And not for nothing, but crushing on someone you know you can’t be with — like a guy who was briefly your stepbrother — is inherently queer.

When Cher finally realizes she loves Josh, the whole scene looks like a metaphor for coming out. First, she gets grumpy and jealous over the possibility of Tai and Josh going out, but she can’t understand why. Then, she has a transformative and enlightening moment in front of a fountain that literally illuminates with lurid color, where she realizes why she feels the way she feels: because she loves him! Newsflash: that’s exactly what it’s like to come out — purple fountains and all.

So, while I’m extremely anti-Clueless reboot, I have to say, I’d be intrigued by a movie that gives Cher Horowitz an opportunity to be as lesbian as was written in the stars. And while I could see myself shipping Cher and Tai for natural reasons, I think a gender-swapped lesbian Josh is who I, and gay Cher, would be totally crushing on. But as far as a straight Clueless reboot goes? As if.