Looking at me, you’d never have pegged me as a scene kid. I am bouncing on five-inch glittery heels, clothed in leopard print dresses; I was never the type you’d see with snake bites and black hair dye. But my “alternative” life involves many trips to Hot Topic, browsing the band gear, my walls covered in Fall Out Boy and Panic! At the Disco posters pulled from the pages of J-14.

Fourteen-year-old me used to spend hours in her room, headphones blasting Infinity on High. Languishing in the bitterness of feeling that no one quite “understands me” that one can never feel so acutely then they do at that age. I used to stare at the poster of Pete Wentz on my wall, his eyes done with makeup that I could never master, and wearing women’s skinny jeans. I thought of the video of him kissing fellow bandmate Patrick Stump, and the countless rumors of him hooking up with Mikey Way of My Chemical Romance, then married to singer Ashlee Simpson.

Just like no one has ever assumed my scene kid tastes, no one had ever assumed my bisexuality. It wasn’t something I was ashamed of, but it wasn’t something I talked to anyone about until almost a year ago. I didn’t understand it: “bisexuality.” What was it? Did it mean I had the same amount of attraction for women as I did for men? That didn’t feel accurate. No label felt right for a feeling I had little exposure to.

Fall Out Boy was something I could escape to. Enough fire to fuel whatever angst I was feeling, but lyrics clever enough to relate to for three minutes.

Emo was a culture; a culture I did not get. White lonely boys whining about a girl who doesn’t want them, and how she’s a bitch for not sleeping with him―t glorified not only self-loathing, but cutting and suicide; things that could spell disaster for someone living with clinical depression. Its fans who openly called people “fag” or referred to things that sucked as “gay” made a very uneasy environment for those fans on the LGBTQ chart.

Fall Out Boy started out in that similar vein with their first studio album Take it To Your Grave. Turning 15 this May, Grave was your standard emo album. On the cover, four unsmiling white boys sit with their arms crossed. While the album had a few good bops, including the minor hit “Grand Theft Autumn/Where Is Your Boy,” it was nothing earth-shattering. In retrospect, the album was also grossly inappropriate, as it was about Wentz’s relationship with an ex-girlfriend that was 15; he was 23.

It was with their second album From Under the Cork Tree that Fall Out Boy really became a culture. Their music became the perfect amount of angst-ridden with a beat that made you want to throw your fist in the air, and catchy and clever lyrics you couldn’t help but sing along with. “We’re always sleeping in, and sleeping for the wrong team.” It’s clever, catchy, and just a little bit…queer.

On each album (seven studio releases thus far), Fall Out Boy has created a songbook of m/m suggestive songs that fans have analyzed for years. In “Thnks Fr Th Mmrs,” we have the chorus “He tastes like you but sweeter.” The song “Where Did The Party Go?” gives us the line “All the kids who screamed (we weren’t the same) in sweaty rooms/Now we’re doomed to organizing walk-in closets like tombs.”

Then there are songs are that a little less obvious if you are not familiar with the band. Like “G.I.N.A.S.F.S,” an acronym for “Gay Is Not Synonym For Shitty.” When listened through a queer ear, “It’s a strange way of saying that I know I’m supposed to love you” can easily be viewed as a confession of a closeted love between people of the same sex.

There is also “Bang the Doldrum,” which many fans believe is about a rumored relationship between Pete Wentz and Mikey Way of My Chemical Romance. Fans have analyzed Pete’s old blog’s posts where he writes “wrote you a goodbye note (you just wrote me off) on your arm when you passed out,” a version of this later becoming lyrics to the song.

Some feel that the track “Golden” is about homophobia because of line “All of the mothers raise their babies/To stay away from me/And pray they don’t grow up to be.” It’s songs like these that have inspired a “Fall Out Boy is Gay Culture” playlist on Spotify.

“I want every LGBTQ person to know that our ideas are mainstream. We have stories to tell and people will fucking listen,” the songwriter said before performing it live at a GLAAD event. Lines like “Mummified my teenage dreams /No it’s nothing wrong with me/The kids are all wrong /The story’s all off /Heavy metal broke my heart” hint at Johnson’s life, unsolved murder, and legacy.

The most indulging thing about Fall Out Boy songs is that they are gender-neutral, rarely using “he” or “she,” creating an easy self-insert for those who wish to sing along to their frustrations without the burden of pronouns for pre-determined sexual orientations or genders. As someone who often nurses crushes of different genders at different times, I liked that I pick whom gender to sing about. For anyone who is gay, bi, trans, non-binary, and genderfluid, Fall Out Boy lyrics became a safe space.

Fans are wont to insert their sexual identities on the band members themselves―most notably lyricist, guitarist, and backup singer Pete Wentz. A walking contradiction of sexual flamboyance and ambiguity, Wentz openly promotes a kind of fluidity rarely ascribed to heterosexual men. In their early career, magazine and gossip blogs went wild over Wentz’s infamous “guyliner.” He fueled a lot of admiration for making other men feel okay wearing makeup. He also had no qualms kissing other men on stage or in photographs.

Multiple FOB fan fictions are filled with fantasies of Wentz in romantic relationships with other emo and pop punk frontmen like Gabe Saporta of Cobra Starship or Brendon Urie of Panic! At the Disco. Sometimes it’s Fall Out Boy singer Patrick Stump. While watching Wentz “play” for the other team, kids could experiment with their own sexual fantasies, discovering their own sexualities. Some tumblr users still declare that Pete Wentz was the first bisexual person they related to.

Wentz, however, does not identify as bisexual. In a 2007 interview with The Advocate, Wentz said he found men attractive and “anything above the waist is fair game,” but did not consider himself queer because he’s “not a real big fan of penises.” This came as a shock to many fans who believed the Fall Out Boy band member to be their gay icon.

“I would never come out and say I’m gay because I’m not gay,” he told NPR. “There’s a part of me that kind of wishes I was gay, and I think that comes from anybody constantly wishing there were in the minority and constantly wants to be fighting everybody off.” 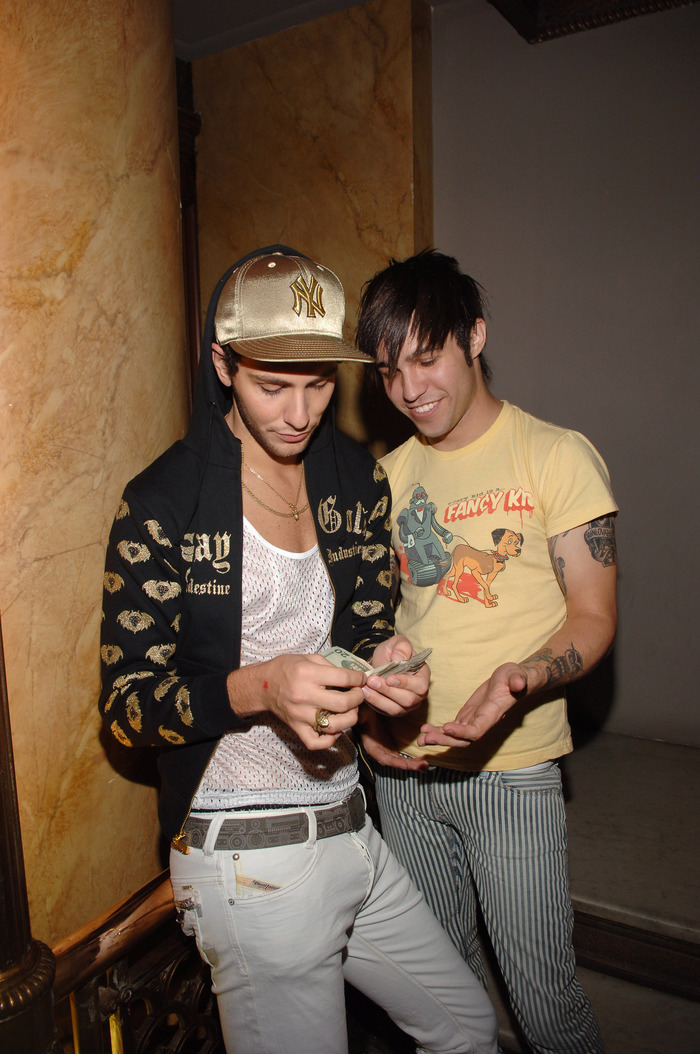 In 2008, Wentz appeared on the cover of OUT magazine, calling himself a “fag.”

“Homophobia is the last acceptable hatred,” he said. “Whenever you say that homophobia is stupid, you just get called gay. There is a sense of self-empowerment or recapturing who you are by people calling you ‘fag,’ and being like, ‘Yeah, I am a fag.’ Even though you’re not.”

He went on to clarify: “When I said that I make out with dudes, there was a slight sense of sexual rebellion in that. And I probably even made it a bigger deal than it was. … I’ve always felt this relentless heterosexual drive.”

Some could cry out queerbaiting, or appropriation of gay culture, and those would be fair points. Wanting to be a minority just to be fighting people is a very privileged thing to say, and rather offensive to those who are gay. Still, for LGBTQ teens obsessed with a genre that didn’t offer much to them in that kind of reflection, Fall Out Boy’s inclusion and exploration of sex and gender was important.

At Vice, queer writer Tom Vellner says Fall Out Boy, among other bands of the early aughts’ emo era, helped him understand his sexuality in a safe space because their music was so popular.

“What I came to realize, however, was that the music helping me fit in was actually helping me come out,” Vellner writes.

While Wentz as identifies as straight, many other artists in the genre have come out: Geoff Rickly of Thursday identifies as bisexual; Promise Ring guitarist Jason Gnewikow is openly gay; and godfather of punk, Green Day frontman Billie Joe Armstrong, has been openly bi since 1995.

And when it comes to playing with tender, My Chemical Romance lead singer Gerard Way says he considers himself to be “more of a girl.” Similar to Wentz’s sexual ambiguity, Way doesn’t feel comfortable calling himself trans but does relate with the struggle with gender identity.

“I have always been extremely sensitive to those that have gender identity issues as I feel like I have gone through it as well, if even on a smaller scale,” Way told Fuse in 2014. “I have always identified a fair amount with the female gender.”

As a band, Fall Out Boy have been steadfastly supportive of the gay narrative and LGBTQ fans. They have created music people can identify with, partly because they let them identify however they’d like to. They have actively supported queer interpretations of their music.

“Like most of the things I do, hopefully it would empower younger people who are in similar situations,” Wentz told The Advocate. “We get a lot of e-mails from people who are like, ‘Oh, my God, after you said this onstage I felt comfortable coming out of the closet.’” They have also been big supporter of LGBTQ people and causes, Wentz lending lending his voice to the fight against Prop. 8. (“There are a lot of causes out therea lot of ‘good’ fights to be fought. I think Proposition 8 is pretty lameas many others do, too”) and writing on Fall Out Boy’s website that anyone who comes to their shows and engages in “sexist, racist or homophobic behavior” was not welcome.

Pete Wentz and the other members of Fall Out Boy may not be the queer quarterbacks of emo, but they’re certainly the cheerleaders, and I appreciate their unwavering support. 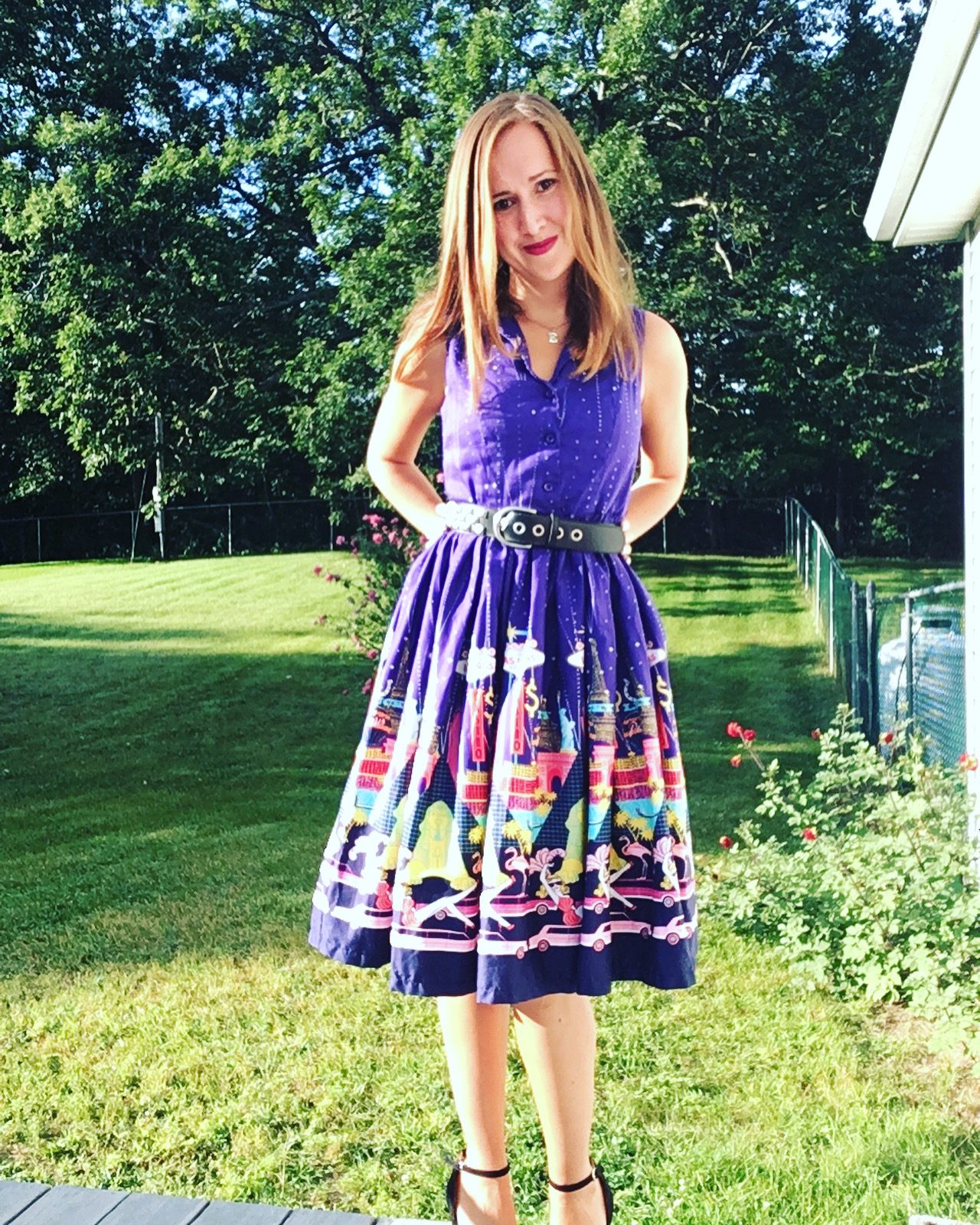