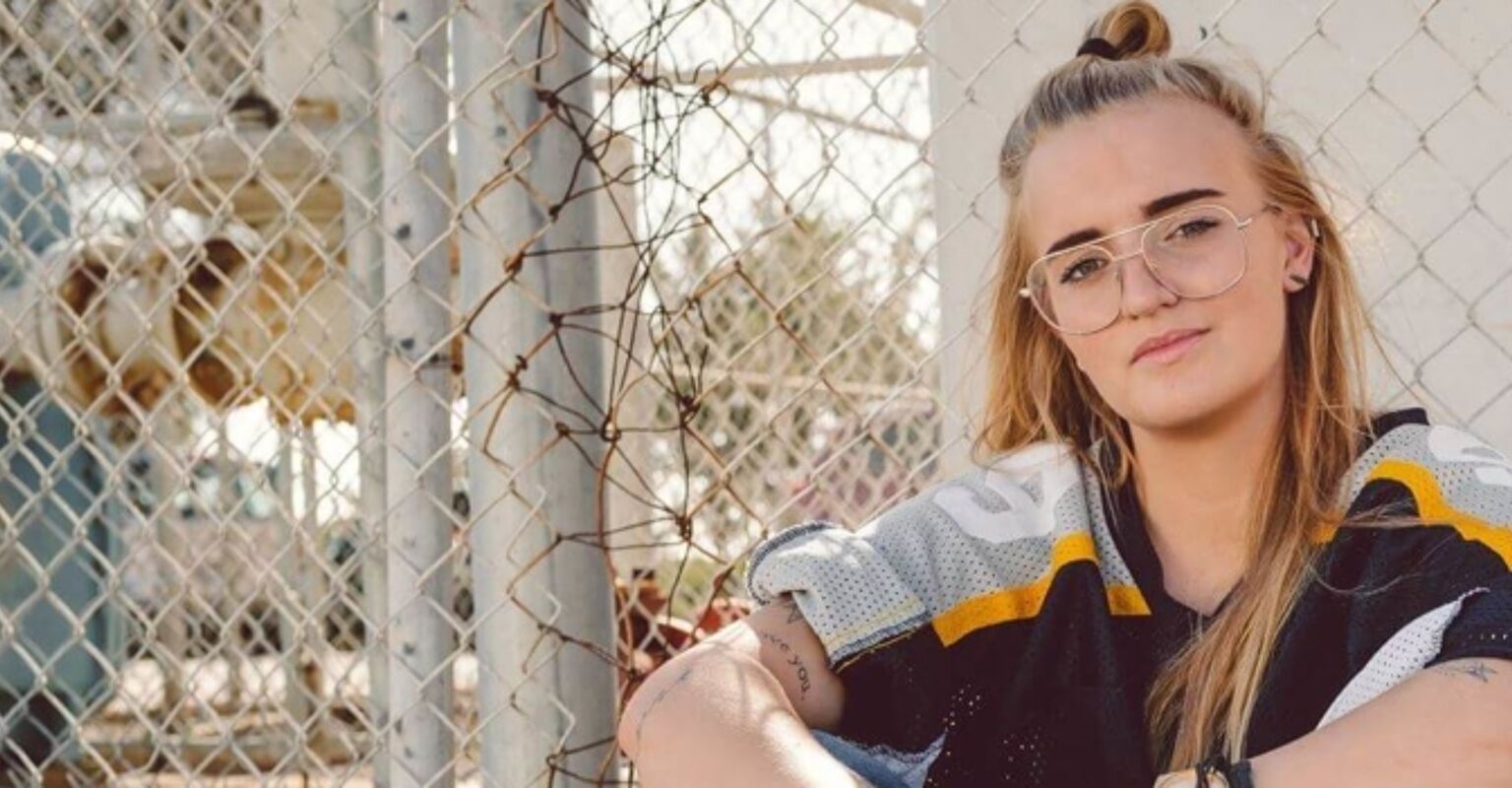 If you look up G Flip on any music streaming app, you’ll only find two songs. Yet the 23-year-old Australian musician (née Georgia Flipo) has been performing for crowds of up to 5,000 people all over Australia, Europe, and now the United States, and the fans know words to even her yet-to-be-released tracks.

“I can’t lie when I write. I think it has to do with the fact that no one gives a fuck anymore,” G Flip told INTO. “We just say what we want to say how we would say it in normal conversation, it’s not overly poetic. And there’s so much truth in it.” 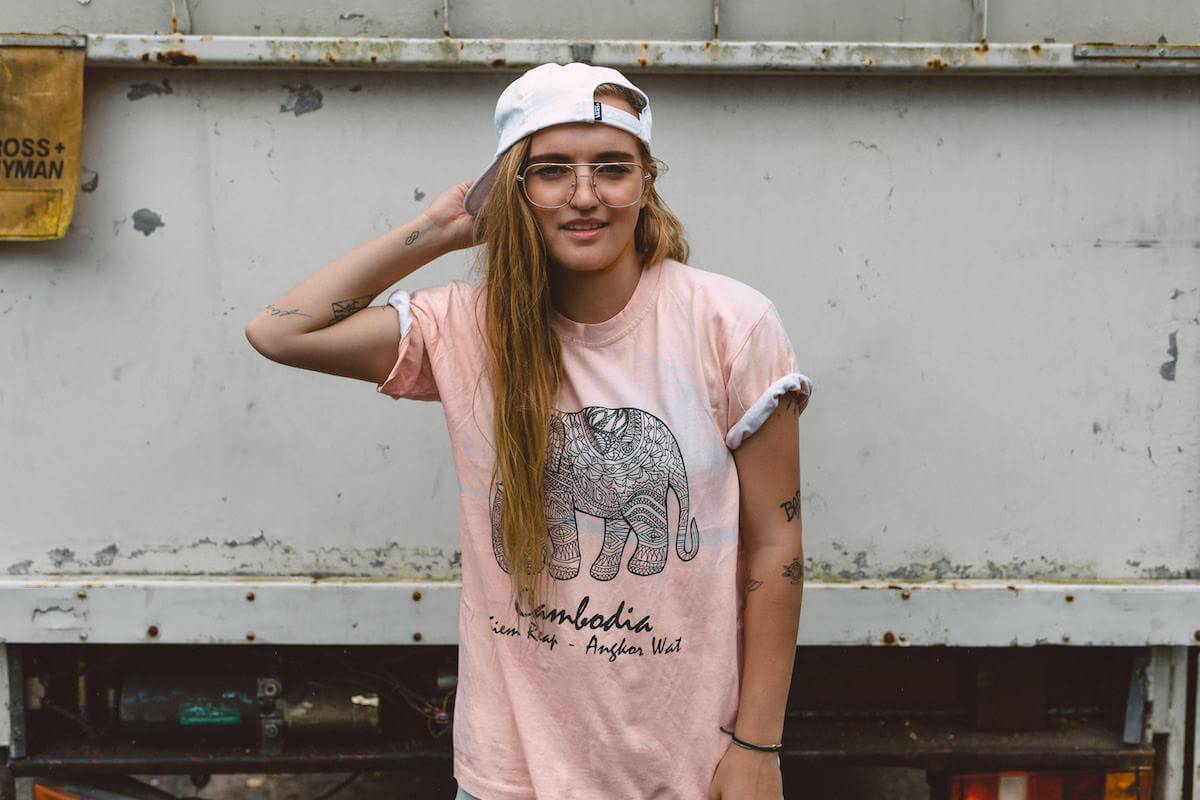 INTO met G Flip while she was in  L.A., kicking off the U.S. leg of her tour. She has a laid-back style that’s both evident in her lighthearted approach to love and relationships in her music, to her wardrobe (that day she was wearing beach shorts, sneakers, and a tie-dye shirt). She has multiple tattoos on her left arm including the title artwork of Michael Jackson’s album Bad, and others she calls random.

“This one here, I was drunk in Texas and I walked into a restaurant and the restaurant was like, ‘Get our logo tattooed and we’ll do it for free,’” she pointed out. “And I was like, ‘That’s a great idea.’”

She also has no qualms about using female pronouns in her music.

“I don’t hide the fact that I’m gay at all,” G Flip said. “It’s in my music because it’s in my life and I think it makes other queer people feel heard. Kind of like their feelings are valid and safe.”

In the past, queer artists weren’t able to be as forthcoming about their sexuality in their music. But G Flip exists in a time where openly LGBTQ artists such as Shamir, MUNA, and Hayley Kiyoko, among many more, are making queer-themed music and thriving. G Flip is a part of that new wave. And while there is no one “queer sound” that unites queer artists, the pop genre seems to be a mainstay for most of them. In that way, G Flip completely fits into the zeitgeist, even though she says she doesn’t frame her music in terms of strict genres.

“I always struggle to pinpoint what my genre is,” she said. “I kind of let the people decide that. I think it’s fair to say that it’s on the pop spectrum. I feel like the melodies are like catchy pop. The kind that gets stuck in your head and I like trying to do that. To me, it feels like a mixture of kind of indie rock and pop, definitely for the live shows. It’s very band-oriented because I’ve grown up playing drums.”

Both the songs she currently has out, “Killing My Time,” and “About You,” have catchy choruses and smooth bass lines. They’re about heartbreak and uncertainty in a relationship, which might have a lot to do with the fact that she claims to write her best songs when she feels the worst. This contrast of sad lyrics and catchy melodies layered on top of uptempo beats is a conventional formula of pop music, but she uses it to create a dreamlike vision of queer heartbreak.

“The way I write songs – it’s always different,” G Flip said. “Sometimes just to get in a better mood I just start playing piano or guitar or drum – just, like, zone out. I might just sit on a chord progression I like or melodies that I like on piano and then I’ll just start singing. Because I’m a drummer, that’s my whole background, I feel like my melodies are more rhythmic as opposed to like long-held notes.”

At her first LA show at The Echo, G Flip’s energy was at a constant peak. She frequently took to the drums during her 15-song set for a solo, and spoke to the crowd as if she knew every single person individually. She told the crowd that her best songs come out of the worst situations; ardently thanking them for showing a new international artist like her such support. She leaned into the crowd, practically serenading the people in the front row during the slower songs. 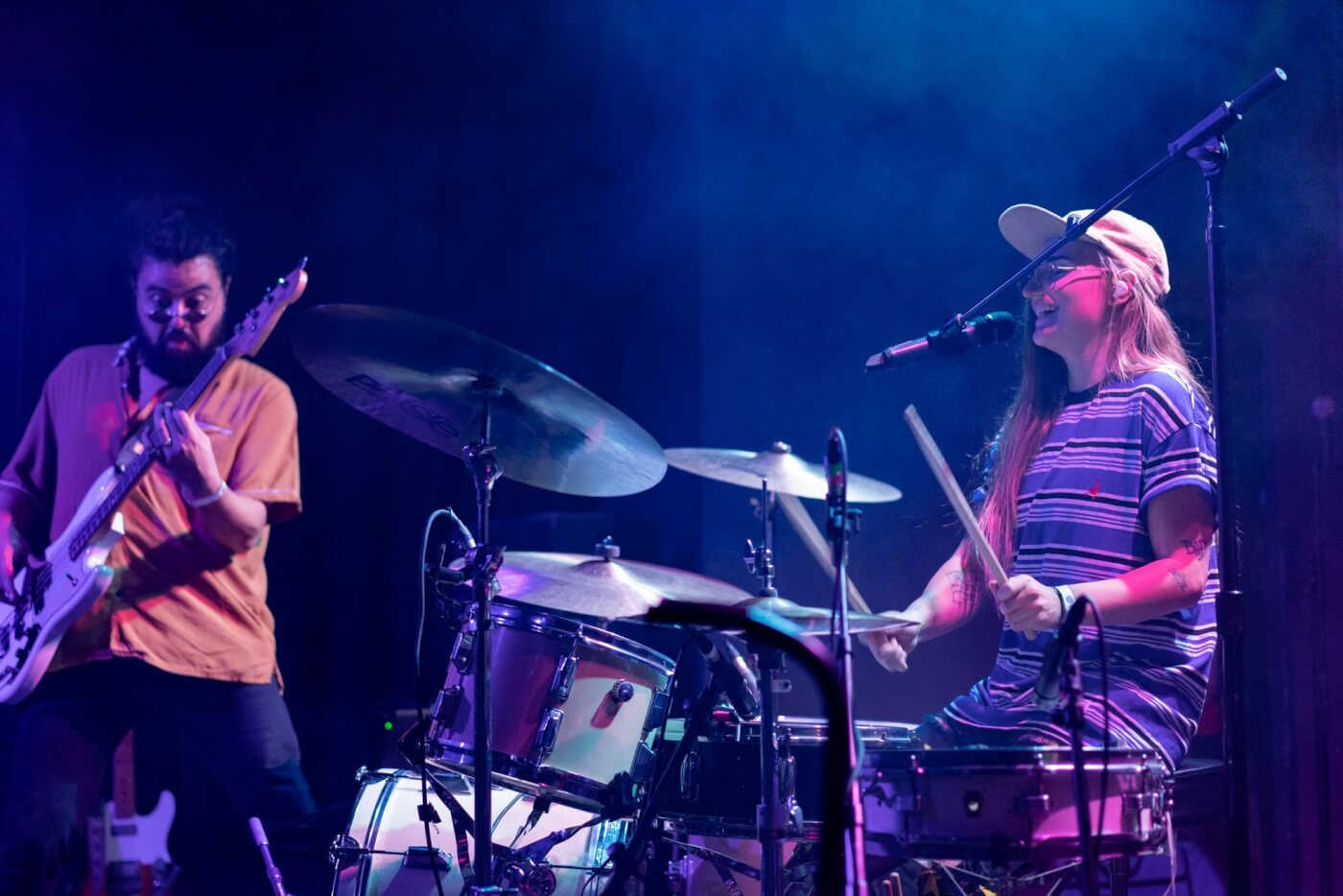 “It’s the same fans showing up for me every time,” G Flip said. “It’s crazy watching people in the audience sing songs I haven’t even released because they film it and then learn the songs by the next show.”

One fan even proposed to her partner on stage.

“One of the girls, Mary, told me how refreshing it was hearing female pronouns and know she could resonate with the music so much more,” G Flip said. “And it’s such a simple thing to just know this girl is talking about being in love with a girl.”

The queer community is nothing if not devoted. The debut album from Hayley Kiyoko, the artist dubbed “Lesbian Jesus,” Expectations entered the Billboard 200 chart at No. 12 with 24,000 equivalent-album units earned in its first week. King Princess’ global breakout single “1950,” a song inspired by the lesbian film Carol, is certified Platinum in Australia and Gold in New Zealand, Canada, and Norway. The myth that being an openly queer musician won’t sell records, that it’s a risk to invest in queer artists, is homophobic propaganda.

G Flip feels supported by her fanbase. She knows that their passion is fueled by a community that has long been underserved in media. She noticed this strong sense of community not only at her own shows but when she goes out to other queer artists’ shows as well.

“I was actually at the King Princess [show] in Australia and so many of my fans were at that show,” she said. “Which is, like, so cute. The queer community is supporting not only King Princess, who is huge and amazing, but they’re also supporting me. It just makes me so much more confident and feel like I actually have a home in the music industry.”

“I want to just drop an album next year. My team is like ‘Should we do an EP? Should we do an album?’ I’ve spent the last two months in my bedroom every day just trying to finish these songs,” she said. “And it’s basically finished, there are two or three that I just have to make a little bit more rough. Something about them are too smooth. I just love making everything sound a bit dirty. But I’m pushing for an album. I’m ready for an album and I think the people that support me are, too.” 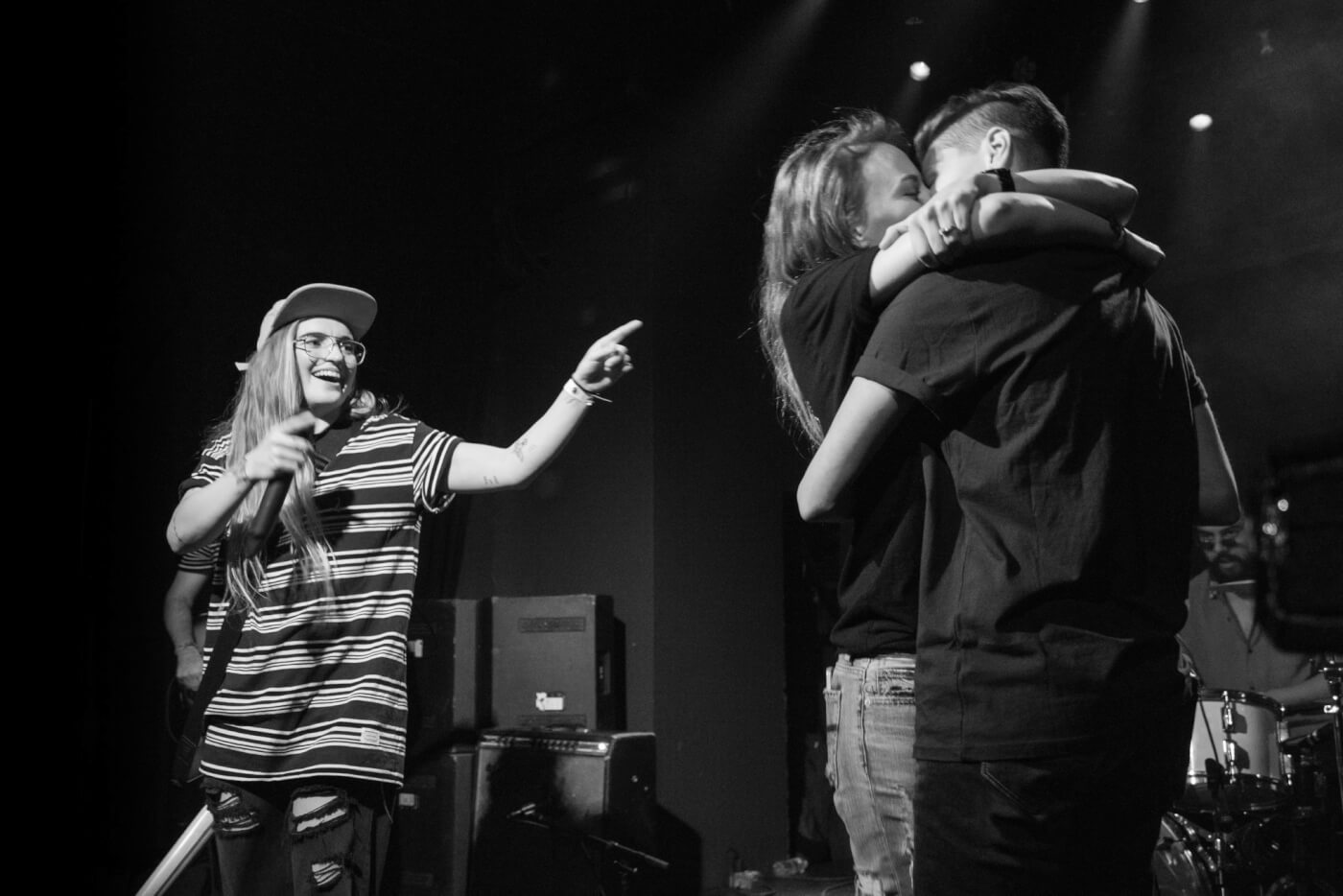 “Having that much support so early on in my career and having so much love, seeing the same faces and the same people that reach out to me,” she continued, “it feels like my voice is valued.”