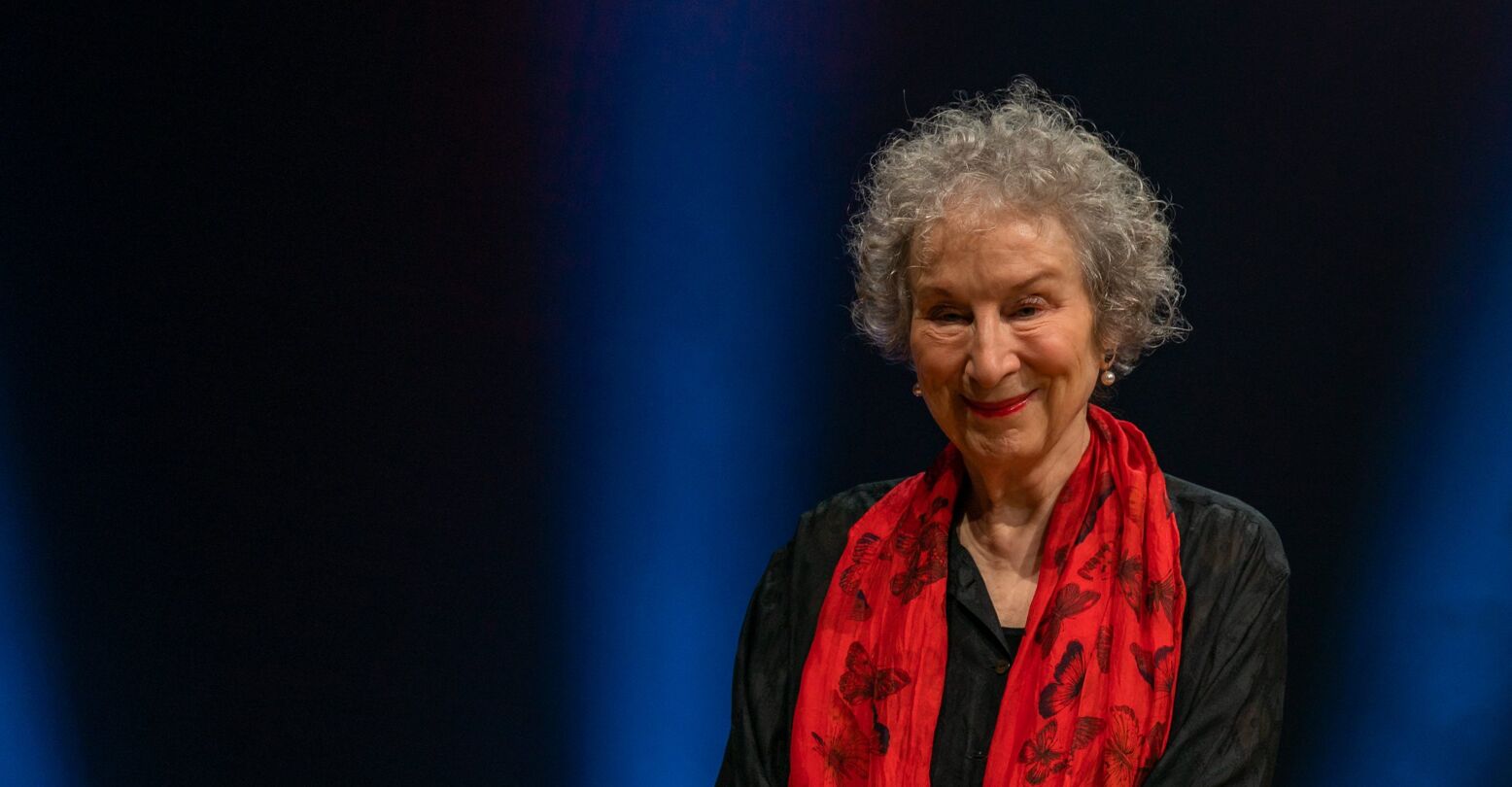 Morrissey, the iconic frontman of The Smiths, does not do interviews. At least, he doesn’t open up in interviews. This is a well-established fact. But in 1984, a year after the band of ragtag Mancunians started piling into vans and playing live shows in dim basements, the singer did a three-part interview series that revealed more about him than any since. These interviews, all three, performed for the 80s segment Earsay, which seems to have been a standard black box series, in which one faceless man asks questions of another as he sweats and strains under the camera lights.

I’ve gone back to these interviews throughout my life: whenever I needed to feel good, or happy, or safe, or access the very pure emotion of love for a figure who’s meant so much to me throughout my life. But it serves another, important function: to remind me that the man known as Morrissey wasn’t always an asshole. There was a brilliant, radically kind, and sweet person inside of him, and for a while, that person made an appearance whenever Morrissey performed. Whether he was onstage whipping a sheath of gladioli around or tearing the thrifted button-down from his emaciated body during a particularly emotive live show, you could see his pain written on his body. It wasn’t just in the lyrics that told of a consistent, back-breaking loneliness and bemoaned the impossibility of true human connection. He was right there, in front of you, beautiful and special. You couldn’t help but love him.

Of course, many years have passed since the golden age of Morrissey and The Smiths. Today, most people know Morrissey as a controversial figure rather than a beloved pop icon. Whatever brilliance drew us to him in the 80s and early 90s has been replaced by the hardened persona of a man who seems to simply want to be left alone to spout racist garbage about the England he once knew and doesn’t live in anymore. He can be counted on to always offer a hideous opinion on progressive matters.

There are other problems, shallower ones: in youth, there was no one more beautiful than Morrissey. It wasn’t just in the way he looked—the gigantic eyebrows casting a shadow over light blue eyes, the pink lips always looking like they’d just been gone over with a faint touch of lipstick, the leaning, gangly poses, the oversized sweaters. And the crowning achievement: that hair holding its own, defiantly clinging to its pompadour shape despite the elements. He was an instant icon because he looked like one. He belonged to the beautiful people. Other lead singers of similar gorgeousness–Crispin Hunt of Longpigs, the doomed Michael Hutchence of INXS—likewise either grew out of their prettiness or died in the prime of youth. But Morrissey held onto his rough-hewn beauty throughout the 80s and into the 90s where it reached its peak: I’m thinking of the “Kill Uncle” years, before the decline.

Some beloved cultural icons betray us by dying: others betray us by aging, either out of relevance or away from the physical beauty we once loved in them. Others still betray us by revealing that they have allowed celebrity to become the most important thing to them. After a certain point in the public eye, you either try to buck public perception by continuing to grow, or you get folded into your image. Sometimes, the rebellion against the image becomes the controversial thing itself: for Morrissey, trying to break away from his image as the lonely, slightly insane vegetarian who refused to party and fuck with the rest of the band meant becoming sharper, colder, and less empathetic a character. He started to blame the Chinese for eating meat and blame Pakistanis for corrupting merry old England by moving there. Where before he was intent on speaking to and for the people who had been left out from society, he was now parroting back conservative society’s worst takes, for a new audience. And it hurt. Because when you go back in time, here’s what you get: the most loveable person who ever lived.

“I didn’t go out, I didn’t have a social life, I didn’t have any friends,” Morrissey says of his adolescence. “I just spent years and years by myself reading, which is quite perverse. Certainly when one lives in a working-class environment, it’s [considered] an illness.”

In the Earsay series, Morrissey has not yet been digested by the celebrity machine. He speaks openly and earnestly about his life, answer questions that he would never again even entertain. He doesn’t dodge honesty: he leans into, and it makes him vulnerable and embarrassed. This vulnerability is a far cry from the performed vulnerability we get at later shows and even in his Autobiography, in which a middle-aged man strips naked and whips himself with the microphone cord not because he’s in pain, but because it’s expected of him.

Losing a queer favorite is always hard, and often that loss is incremental. It’s even more horrible when it happens all at once.

Just this week, we learned that beloved Canadian author Margaret Atwood, who likewise existed for so long as a beacon of progressive genius and tolerance, came out as a TERF. Rather, she defended a TERF who wrote an Op-Ed about the use of “woman” becoming taboo. Which, to be clear, it has not.

Another day, another woman I admired turning to a cult that wants to kill me. https://t.co/b0blvhBQ0A

Being trans–being queer broadly, but these days it’s specifically a trans issue–can often feel like you’re playing Russian Roulette with all your faves. Once you give yourself over to loving a public figure who is still alive, that’s kind of the risk you take. Each day, you wake up and decide to put your heart in some author or singer or artist’s hands. And every day, you run the risk of feeling them crush it, without even really caring or thinking twice. I remember the day cuddly, beloved actor Ed Begley Jr. proceeded to have a conversation one booth across from me at an LA sushi restaurant about why trans people exist. “I can get being a guy who wants to be a girl,” he told his wife and granddaughter, “but a girl wanting to be a GUY? Yuck!”

I thought: well there goes my relationship to the Christopher Guest canon!

Scratch the surface, and you’ll often find a transphobe. Whether it’s because people are ignorant or simply hateful, it doesn’t really matter. Because if people you once respected as being brilliant, socially-conscious thinkers—people like Atwood and Joyce Carol Oates—can turn around and be this fucking stupid, well, it kind of knocks the wind out of you. It’s a feeling that runs deeper than mere disappointment, deeper than betrayal. It’s a feeling that these people know you don’t matter. They can say whatever they want about you and your friends. They can be as stupid as they wish. The repercussions clearly don’t matter more to them than the inalienable privilege of being stupid on the Internet.

At one point, very early on in my career, I had the chance to interview Atwood at a press day for, I believe, the documentary based on her work “Payback,” about the debt industry. I remember very little about the interview except that at some point—because I was a bad interviewer—I made it about me. I was explaining why I was pessimistic and didn’t trust people. When the interview wrapped up, just as I was opening the door to leave, I heard Atwood call my name. “You can trust us,” she said.

I guess that’s the whole point: you can’t. Loving someone, respecting them, doesn’t mean you can trust them. Even if you love someone’s art, as a trans or queer person, there’s absolutely no guarantee that the creator of that art that you love so much will turn around and make it impossible for you to enjoy it. You can’t trust anyone with that kind of power–the power to say things without worrying about the consequences. The human consequence is that we suffer. We suffer for our heroes, who were meant to make it easier for us. We label things “camp” that hate us, so it doesn’t sting as much. We get through it.

But dammit if it doesn’t cut deep. ♦