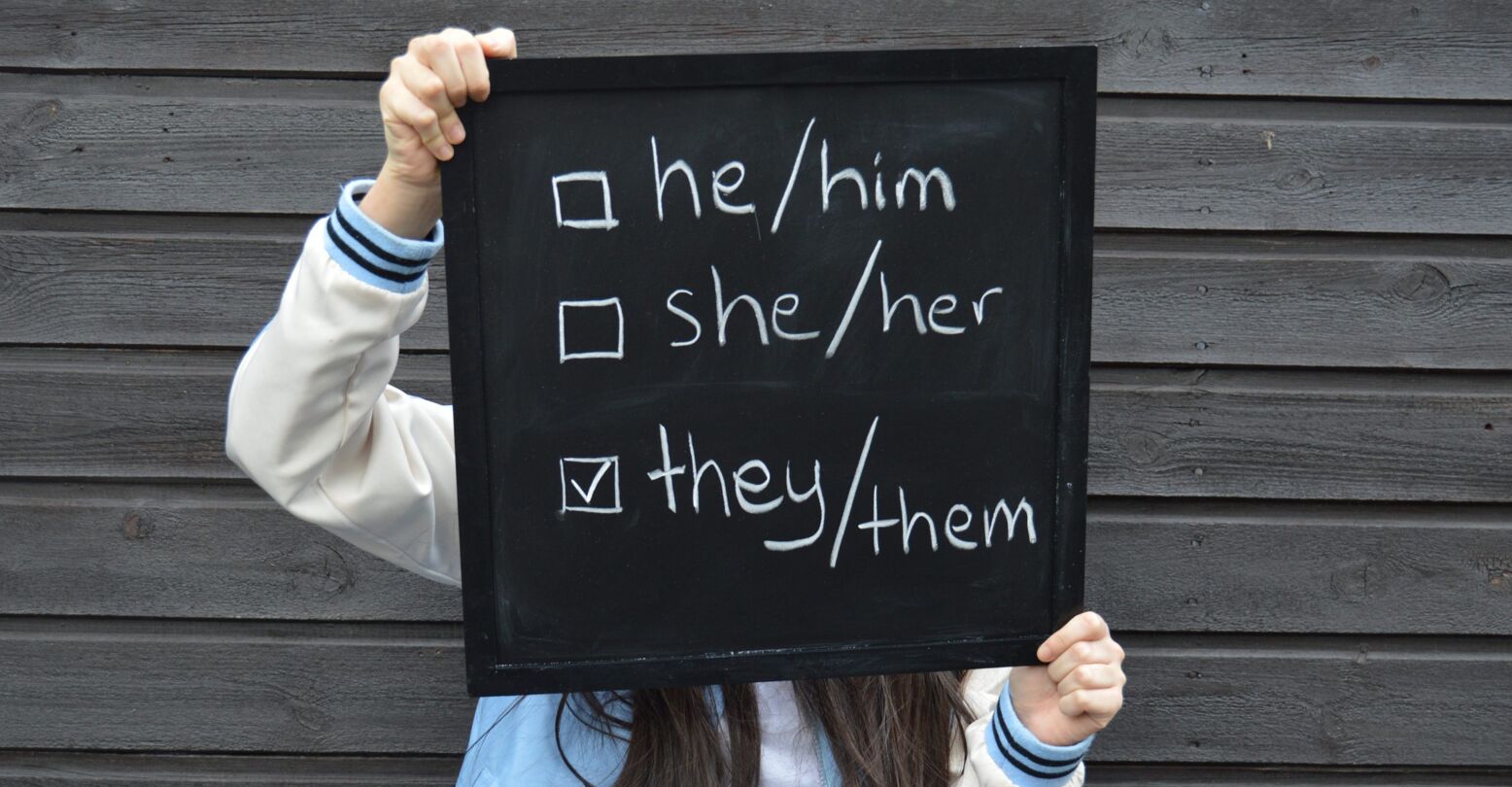 145 years late as usual, the New York Times decided to publish an Op-Ed yesterday by writer John McWhorter embracing the use of the singular “they” pronoun. While McWhorter, a linguistics professor who runs a popular Substack, explains that he embraces plural pronouns, some writers found themselves upset by the mere premise of they/them pronouns becoming more common.

Those people, obviously, don’t have a lot of queer, trans, or nonbinary people in their lives. And it shows!

Writer Joyce Carol Oates felt the need to weigh in on the subject by explaining that…they/them pronouns aren’t “clear” enough to become popular?

“they” will not become a part of general usage, not for political reasons but because there would be no pronoun to distinguish between a singular subject (“they”) & a plural subject (“they”). language seeks to communicate w/ clarity, not to obfuscate; that is its purpose. https://t.co/uRhYJKP0LB

First off all, who the fuck asked you, Joyce? Also:

“They” has literally been in use since at least 1375 as a singular pronoun in the English language and we still use it all the time to describe one person, but that’s cool. https://t.co/b6r75URrLM

Ppl really reveal themselves when they say they’ve never heard “they” used as a singular pronoun when people do this all the time.

“I saw someone run by really fast and then they disappeared around the corner.”

It just isn’t that hard, y’all!

My thoughts on the “they” pronoun piece in the NYT?

If you care about trans people, your energy would be well spent focusing on civil rights: School. Housing. Employment.

If “match” can mean both “identical object” and “tool used to set things on fire” then the English language will survive the use of the singular “they” pronoun.

can we not waste energy arguing that ‘they’ is grammatically correct as a pronoun, the people arguing that it isn’t don’t care about grammar, they just don’t like or don’t ‘believe in’ non-binary people. please, it’s only wednesday

The only thing I can clearly put together is that a group of marginalized people have asked you to simply use a different pronoun as a means of respect. Furthermore, anyone who is not explicitly in their position has no right to tell them how they should want to be addressed.

I don’t need to boost a checkmarked bigot troll any further by adding to the QRT dunks, but seriously, trying to appeal to authority on the issue of pronoun usage is laughable when every major writing style association and dictionary already supports singular they/them.

The future is already here. You can embrace it, or you can keep pretending that progress doesn’t exist.

weighing in on they/them pronouns in 2021 is cheugy

Actually, Joyce, the “purpose” of language is to alert everyone that a sabertooth is in the camp. Everything else is a little extraneous

The last word on the subject.

xoxo, everyone who has been using they/them pronouns for decades.