On April 7th, the best member of One Direction, Harry Styles (sorry, Zayn), is finally set to launch his solo career with his debut solo single “Sign of the Times”. 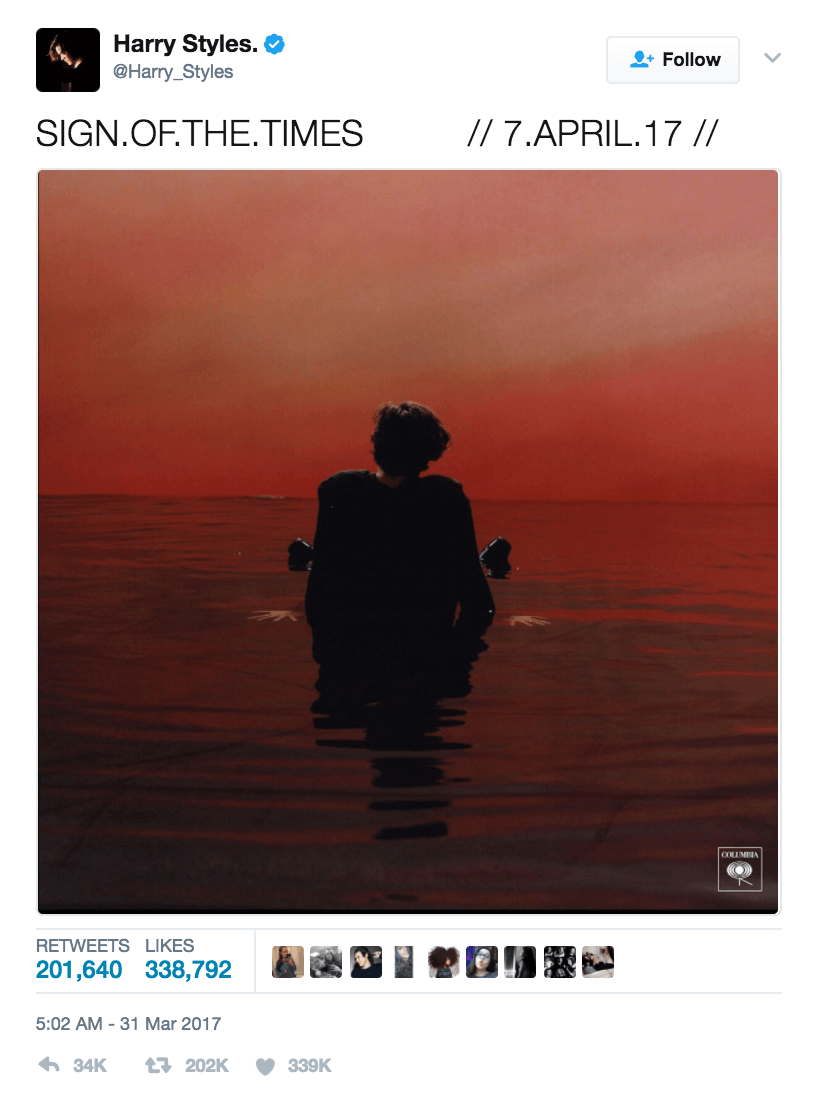 Following in the footsteps of Adele, Styles teased viewers during a commercial break during The Voice UK with an enigmatic trailer that saw the former boybander wander moodily through a dark room before the clip ended with a close up of his face. He echoed this by sharing three white, blank squares on his Instagram.

Unlike the other members of One Direction, Harry Styles isn’t known for his Twitter spats, oversharing, and is, quite frankly, pretty damn elusive (could he be the new elusive chanteuse?). That’s why, when he does say something, it holds some level of gravitas. Like Lana Del Rey, Beyoncé, or Kate Bush, when Harry Styles says something, whether it be via Instagram, Twitter, or in an even rarer interview, there’s usually a reason.

It’s because of this that we know Mr. Styles is a staunch supporter of LGBTQ rights. While other members of his former band have kept pretty quiet when it comes to the LGBTQ community, Harry has tweeted, Instagrammed, and run around stadium stages wearing a rainbow flag as a cape. What’s more, Harry isn’t a stranger to a gay bar, has continuously shown support for LGBTQ youth, and has stood up to the anti-LGBTQ Westboro Baptist Church. 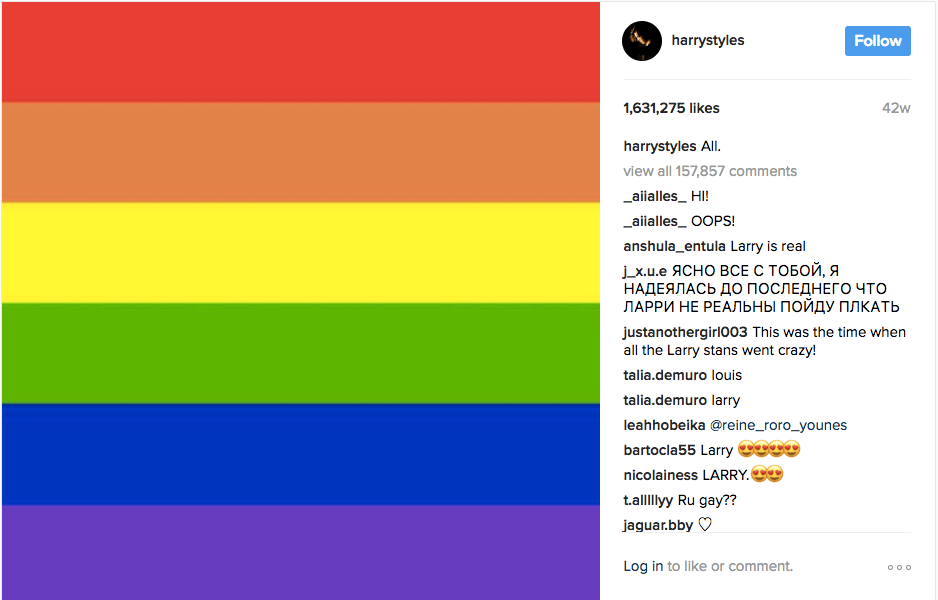 There are, of course, heaps of queer artists doing incredible things in the music industry, with the likes of Mykki Blanco, Troye Sivan, Perfume Genius, PWR BTTM, Frank Ocean, MUNA, Tegan and Sara, and Anohni clearly doing more to help expand and tell LGBTQ stories. But given the current socio-political climate, the community needs allies, and without a doubt Styles is one of them. It’s with this in mind, then, that I’m hopeful about the singer’s upcoming solo material.

Unlike Zayn Malik, who relished ditching the stadium pop-rock of his former band for RB and sex jams, I have a feeling that Harry Styles’ solo music might retain that rockier edge that reflects some of 1D’s back catalogue. Part of this stems from his style, which takes notes from the stars of the ‘60s and ‘70s, but also because of what people have said.

There have been rumors that Styles has been working with everyone from Max Martin to Ryan Tedder (both of whom, I have to say, would be welcome collaborators). But according to a report byHITS Daily Double, the singer has recorded the entirety of his solo debut with Jeff Bhasker, who has lent his hand to work by the likes of Lana Del Rey, Mark Ronson, Jay Z, Beyoncé, Kanye West, Bruno Mars, and indie pop darling La Roux.

We don’t need to do a history lesson of how, in the 1970s, pop music’s biggest stars were playing with gender, sexual ambiguity, and androgyny. And maybe I’m reaching (I’m totally reaching, right?), and maybe this is wish fulfillment, but I’d be pretty happy if, with his solo music, Harry Styles was willing to place himself somewhere in this rich tapestry. Let it be camp, let it be knowing, let it be ambiguous, and most of all let it be fabulous!

Perhaps he’s even been inspired by another visionary, too. The fact that his lead single is called “Sign of the Times” could just be serendipitous, but hopefully the track will have inherited some of the spunk and spirit of the Prince track of the same name.

Of course, I don’t need Harry Styles to make queer friendly music, nor do I want him to for the sake of it. I also don’t need his validation – I’m literally fine, thanks.

But while female artists like Lady Gaga, Ariana Grande, Britney Spears, Madonna, and Miley Cyrus make leaps towards supporting their LGBTQ fans, male artists are generally more reticent. That’s why, given how ubiquitous I’m assuming Styles’ music outpouring will be, it’d be great to see some more male allies who aren’t just allies to sell records. We have enough music about boning women while the singers bait the gay community with shirtless photoshoots and “If I was gay” stories.

I just think that if there’s one mainstream artist in the world right now who has a chance to really play and experiment with sexuality and gender like Bowie and Freddie Mercury did, it’s Harry Styles.

So c’mon Hazza…don’t fuck it up!