Caution: Spoilers for Boy Erased and The Miseducation of Cameron Post ahead.

Near the end of Boy Erased, after Lucas Hedges’ Jared has fled from gay conversion therapy, Nicole Kidman tells her teenage son some upsetting news. The police have just informed her that a young man killed himself last night. After she says the boy’s name, Jared is devastated. But instead of having the intended emotional reaction to the scene, I sat there wondering, “Wait, who?”

The boy’s name could belong to any of the multiple young men from Joel Edgerton’s film, which follows Hedges as an Arkansas teen during the weeks spent in a conversion program and his recovery after. Is it Xavier Dolan’s character? The blonde one played by Troye Sivan? Perhaps it’s the first boy Jared held hands with. Turns out, it’s none of the above. The character who took his life is one the film spends so little time investing in that mention of his name hardly registers a response. Edgerton has to cut to a photo of the boy so the audience knows who, exactly, they’re supposed to be mourning. 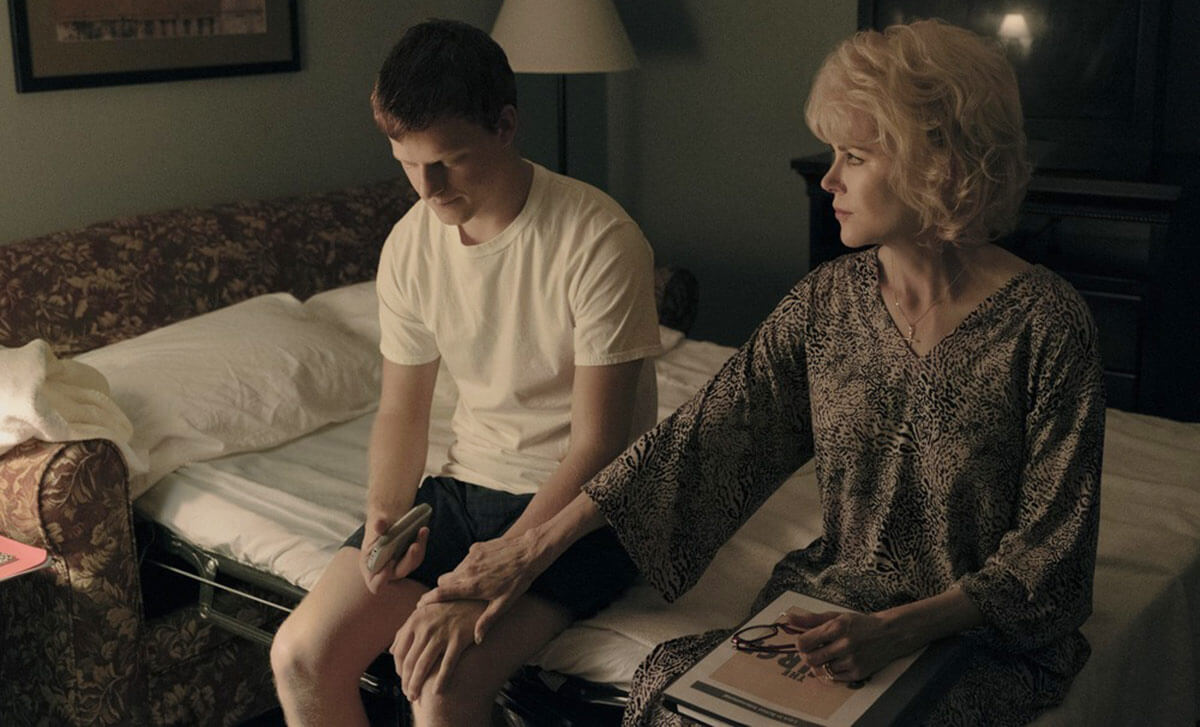 In Boy Erased, which Edgerton adapted from Garrard Conley’s memoir of the same name, the supporting characters are the most interesting ones, and also the most exploited. Instead of showcasing sympathetic and complex portraits of young LGBTQ lives through the other members of the conversion program, Edgerton mines their traumas for heightened drama, fails to develop their stories, and reduces them to nothing more than set decoration used to propel Jared’s journey forward.

Given that Boy Erased is based on Conley’s life, it’s hard to entirely fault the film for its myopic focus on Jared. Yet he’s also the least compelling character, and to an extent, the most privileged. That isn’t to dismiss Jared and therefore Conley’s harrowing experiences, or to say his story isn’t worth telling; it is and remains important. Jared is surrounded by an ensemble of queer people who pass less easily than he does and are faced with harsher struggles – while Jared’s parents are pretty deplorable, the film exonerates them of their abuse and rejection. When we get glimpses of the young queer teens at Love In Action, the Memphis conversion center, it’s clear Boy Erased would’ve been a much more fascinating portrait of LGBTQ youth had it focused more on the people in Jared’s periphery. The same can be said of this year’s other gay conversion drama, Desiree Akhavan’s The Miseducation of Cameron Post, a film that would’ve benefited from pivoting from its white queer protagonist to get to know its supporting queer characters of color.

In Boy Erased, the queer men and women Jared meet exist only as subjects of shame and misery, and targets of abuse. There’s Sarah, one of two girls in the group (which includes one nameless person of color). After she tearfully shares a brief backstory, the film forgets her, leaving her trapped in the program’s long-term housing and never to be heard from again.

There’s Dolan’s Jon, a young man with a black eye and cuts across his face. We never learn how he got those bruises, though there are suggestions he comes from an abusive household and has adopted violent behavior towards other LIA members. His story could’ve been an interesting dissection of the cycles of violence fueled by toxic masculinity and internalized homophobia, but Boy Erased presents him as a one-dimensional victim. It’s not only a waste of a character, but of Dolan, a queer actor/filmmaker whose work is uniquely tied to explorations of queer identity and fraught parental relationships.

And then there’s Cameron of Boy Erased, an introverted jock and the boy who takes his life. His only scenes with dialogue involve his helping Jared or experiencing intense abuse. Victor Sykes, the head LIA counselor (played by Edgerton), bullies Cameron in a vicious role-play scenario and later makes him the center of a mock-funeral where Cameron’s family members take turns beating him with a Bible. Beyond that, Cameron hardly speaks and never has a chance to tell or gain agency over his story; it’s no wonder by the end the movie has to remind us who he is after his off-screen death. 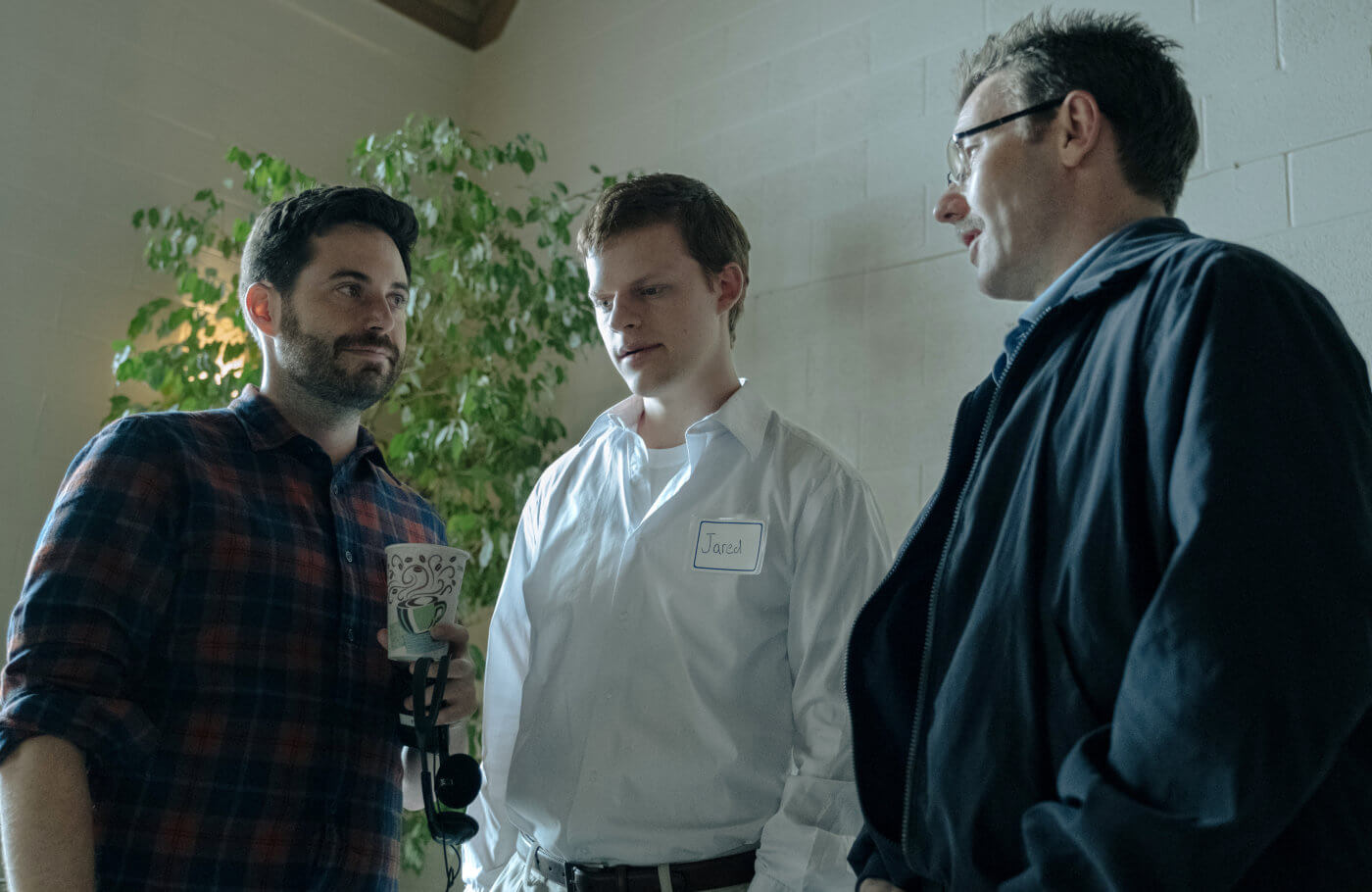 Even worse, while most characters are based on real people Conley met, Cameron is all Edgerton’s invention. He may represent some of the real-life dangers of gay conversion programs and suicide rates among LGBTQ teens, but that’s the only purpose he serves. To Edgerton, Cameron – like the other minor characters – is just a prop to hang real-life traumas on, manipulate tears from the audience, and help Jared escape while they remain miserable. It’s hard to dismiss the disturbing message it sends – that queer people who experience extreme forms of violence, abuse and rejection, and those suffering with suicidal ideation, are the least worthy of our sympathy and concern. Why should audiences care about Cameron and the many LGBTQ teens like him if Boy Erased doesn’t?

In The Miseducation of Cameron Post, Akhavan doesn’t mistreat her secondary characters to the same extent, but her film also suffers for casting aside the more complex and underrepresented LGBTQ characters. When Chloe Grace Moretz’s titular Montana teen arrives at a gay conversion camp, she befriends two “disciples” who refuse to stifle their identities. Sasha Lane plays Jane Fonda, a rebellious girl who has one leg, which she handily uses to stash her weed, and was raised on a hippie commune. Forrest Goodluck is Adam Red Eagle, a Native American Winkte – the Lakotan word for two-spirit. Jane and Adam have some of the most potentially interesting stories I’ve seen in queer cinema this year, and both offer an opportunity to explore queer identities that rarely if ever get shown on screen. It’s an even bigger shame that Akhavan, a queer female filmmaker of color, remains more interested in Cameron’s story than her characters of color. Jane and Adam, like Boy Erased’s LIA members, mainly exist in service of helping the white and more-passing female lead. 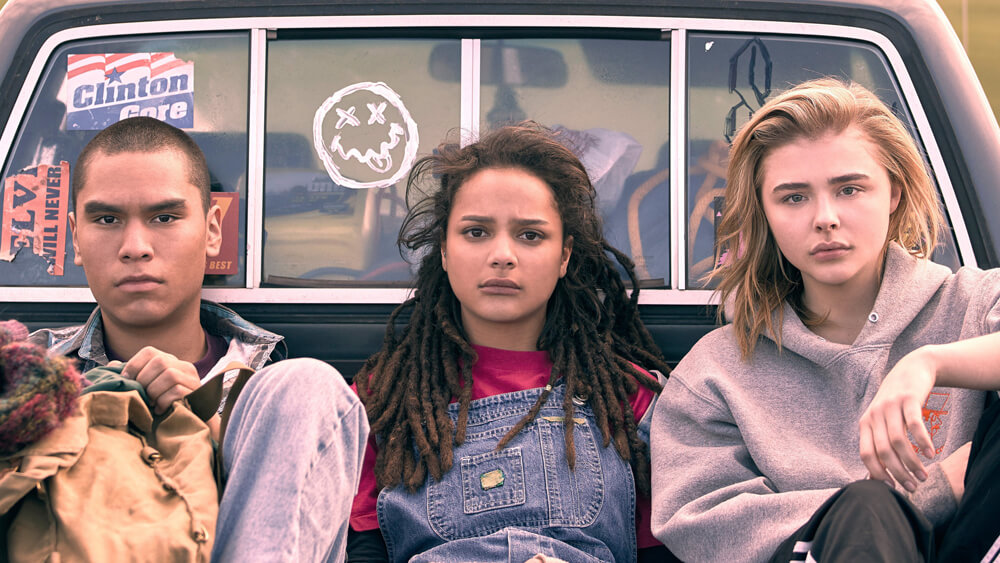 Movies about the damaging effects of conversion programs, and the real-life abuse and rejection experienced by many LGBTQ teens, are essential. What’s needed is a filmmaker’s dedication to telling stories about multiple facets of queer identity. Boy Erased and Cameron Post may be a start, but what hetero and cisgender audiences need to see most are films that don’t sideline the most underrepresented LGBTQ voices or depict queer people as subjects of trauma. If their own movies don’t respect and uphold their humanity, neither will mainstream viewers.