San Francisco event promoter Jolene Linsangan needed a permanent space to throw Uhaul, her regular roving five-year-old party for girls who like girls and their friends. She searched for years, but her options proved to be limited. Among the challenges was finding a Friday night venue that understood her vision of a space that was oriented toward the social and safety concerns of queer women and trans people — and that was not in a highly trafficked area prone to passersby turned gawkers. Perhaps the lack of choices of appropriately located, queer-focused venues was to be expected in a town that, although known as an LGBTQ mecca, somehow has been without a lesbian bar for three years.

Linsangan decided to get proactive, and this month the City by the Bay can experience the results. She linked with local restaurant pro Shannon Amitin and financial controller Ashleigh Wilson to open Jolene’s, a queer woman and trans-centric bar, event space, and restaurant on the eastern edge of San Francisco’s Mission District. The team employed queers throughout the opening process, from its graphic designer to the friends who rushed in to help with last-minute build-out projects. Prominent SF residents, including drag queens; representatives from the Women’s March and National Center for Lesbian Rights; local queer politicians like SF’s District 8 supervisor Rafael Mandelman, Senator Scott Weiner, and City College of San Francisco trustee Tom Temprano, offered their support for the business as it navigated its way through city permitting procedures. These co-signs were essential, given the DIY nature of the Jolene’s project.

“They were instrumental in helping us get open without a contractor,” says Amitin. 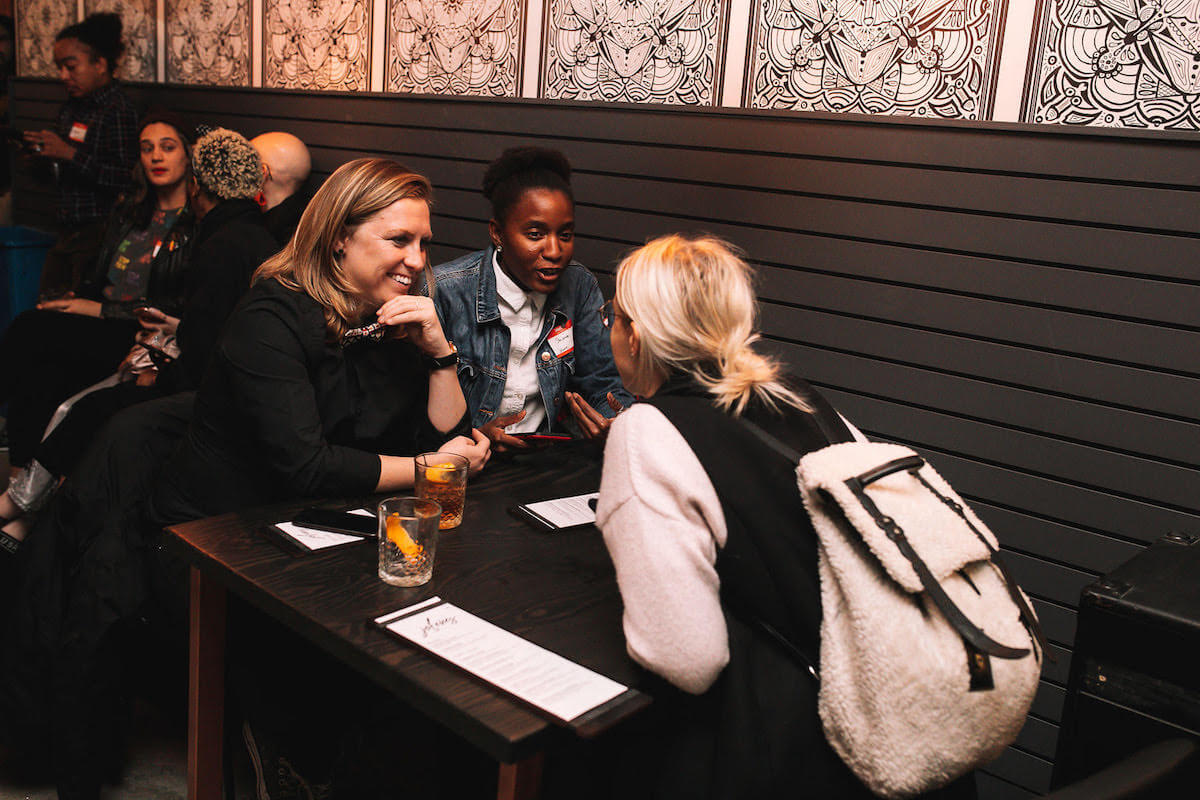 “Creating space for queer folks to feel safe enough to let go and really live, is something deeply personal and exciting for me,” says Amitin, a queer trans man who originally discovered the rare, affordable rental opportunity in a building that has housed local businesses like Dear Mom and Darger Bar. “I’ll never forget taking my shirt off for the first time on a dance floor, or my first make-out.”

In Jolene’s, he is working so that the next generation can have those same ecstatic community experiences. “Jolene’s refuses to be erased,” Amitin says. “We are the collective fist.”

Part of the issue is low budget queers being forced out of the city entirely. As the former owner of the Lex and present owner of mixed bar Virgil’s Sea Room Lila Thirkield once put it in a Facebook post announcing the close of the Lex, “When a business caters to about five percent of the population, it has tremendous impact when one percent of them leave.” 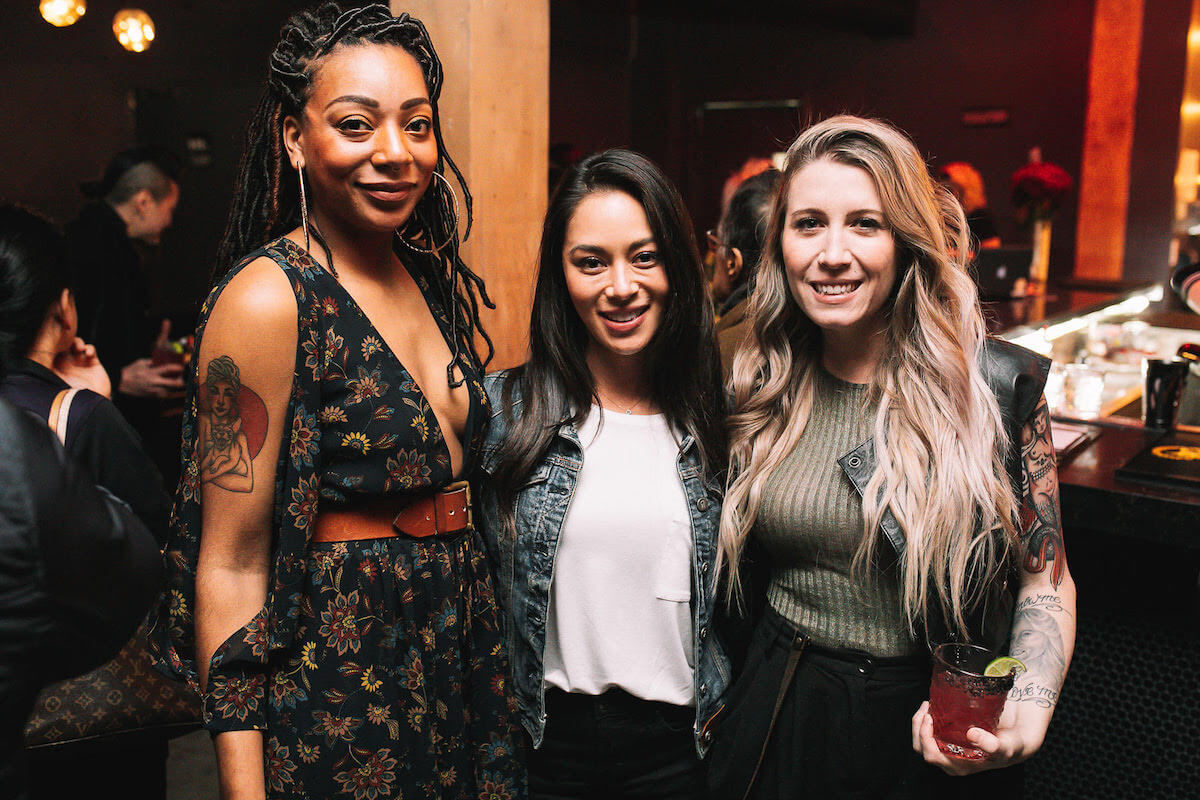 Wilson, who identifies as queer, has spent some time studying this phenomenon. “There’s the income gap, Uhaul-ing culture, the idea that women drink less than men,” she says. “Whether these theories are true, I am unsure.”

But for all its mourning over the Lex, San Francisco is not without its thriving, lesbian-run nightlife establishments, most of them located in San Francisco’s central and eastern neighborhoods where the same hyper-gentrification that contributed to the close of the Lex has made lasting footholds for small businesses tricky. Virgil’s, HiTops Sports Bar, El Rio, and Wild Side West are all small to medium sized venues where queer women are among the owners. In these spaces, the vibe is largely inclusive, the borders of community not delineated by gender. Locals can also find regular lesbian-oriented party nights such as SF’s VICE Tuesdays, El Rio’s Mango, and of course Uhaul, a special edition of which acted as Jolene’s coming out party tonight,  December 14.

Walk into Jolene’s and you are greeted by a huge neon sign — modeled on a similar display that Lingsangan hangs at Uhaul events — that declares “You are safe here.” Custom wallpaper displays an intricate design that only reveals itself to be made of genitals and breasts upon closer inspection. Around the party-ready dance floor in the back of the space, the femme-centric vibes get even sharper. Lingsangan took photos of hundreds of boobs — mainly from women, with trans and cis men’s breasts included as well. (“Fuck everyone who is offended by nipples,” the staff tells INTO via email).

Far beyond these touches of aesthetic flagging, Jolene’s founders know that it’s essential that their new undertaking draw a wider pool of friendly faces. This is not just about novelty — it will be a key goal if Jolene’s is not to fall into the same financial miasma that claimed its lesbian bar predecessors. “Making this project sustainable [means] creating an environment where conversations between strangers are encouraged,” says Lingsangan. Jolene’s will be facilitating social flow with a steady stream of programming, from art exhibitions to community fundraisers and parties, and a community message board to complement communal tables and the open floor plan. 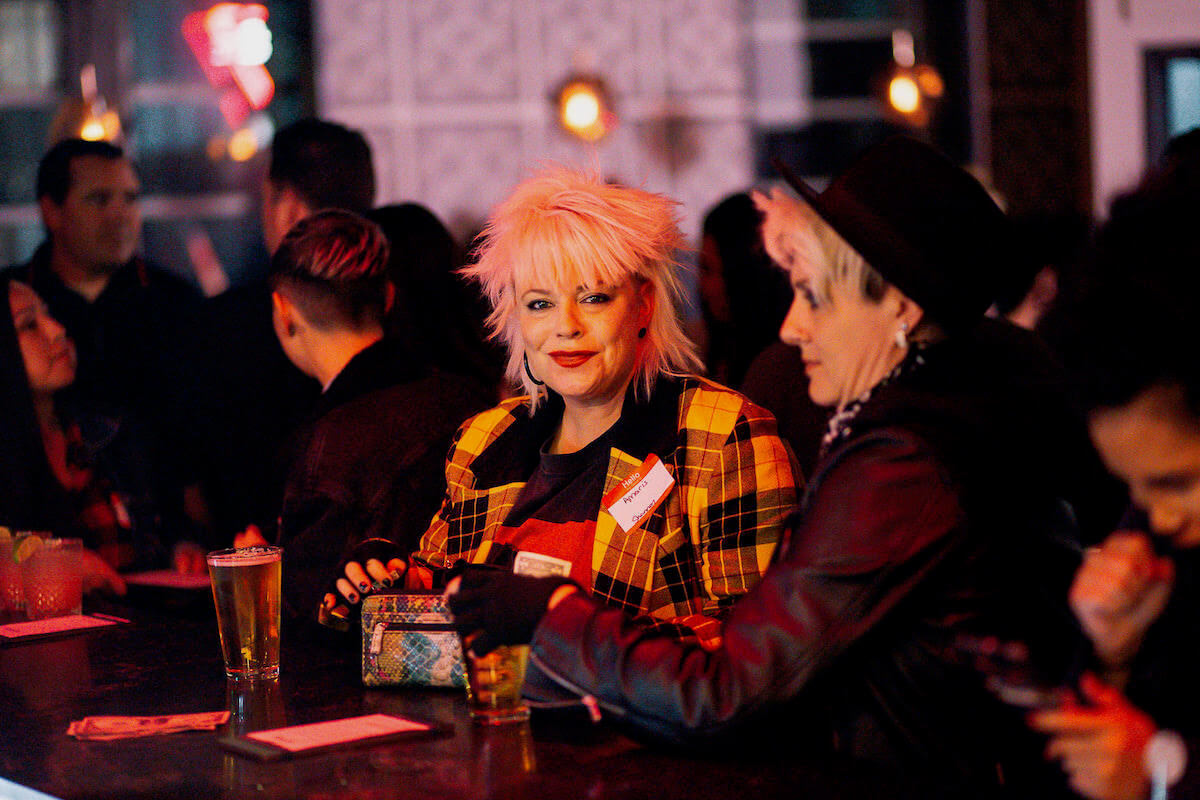 But you’ll still find a spot that has been designed to abet your hook-up. “You can tell [your friends that] you liked our decor, you thought our drinks were good, or you thought the music was fun,” muses Lingsangan. “But all of those stories are not as exciting as the story when you tell them you met someone.”

In an email interview describing the sources of their business inspiration, the team sends an old snapshot of SF’s first lesbian nightspot Mona’s 440 Club, which opened its doors in 1936. Women in dapper tuxedos pose, regulars at a North Beach space owned by Mona Sargeant that welcomed guests for decades. But this is not to say that Jolene’s will be exactly like Mona’s or Peg’s Place, the Black Cat, Maud’s — classic Bay Area lesbian institutions.

One difference is that in 2018, our understanding of what it means to be queer and trans is expanding, and with it the requirements for venues that wish to act as the ever-elusive “safe space.” “Most gay bars are not welcoming or accommodating for trans and gender non-conforming individuals,” says Amitin. “Like, why is it so hard to provide bathroom stalls with locks? It is extremely frustrating to have to leave a venue because you don’t feel safe using the bathroom.”

“Currently, I think there is a need for more inclusive spaces,” Wilson says. “Having a ‘lesbian’ bar feels very exclusive and old school, which doesn’t and didn’t feel right for our team.” That means that many events will have an inclusive gender focus. On January 19, San Francisco’s queer hip-hop institution Swagger Like Us will come to party under the boob wall. 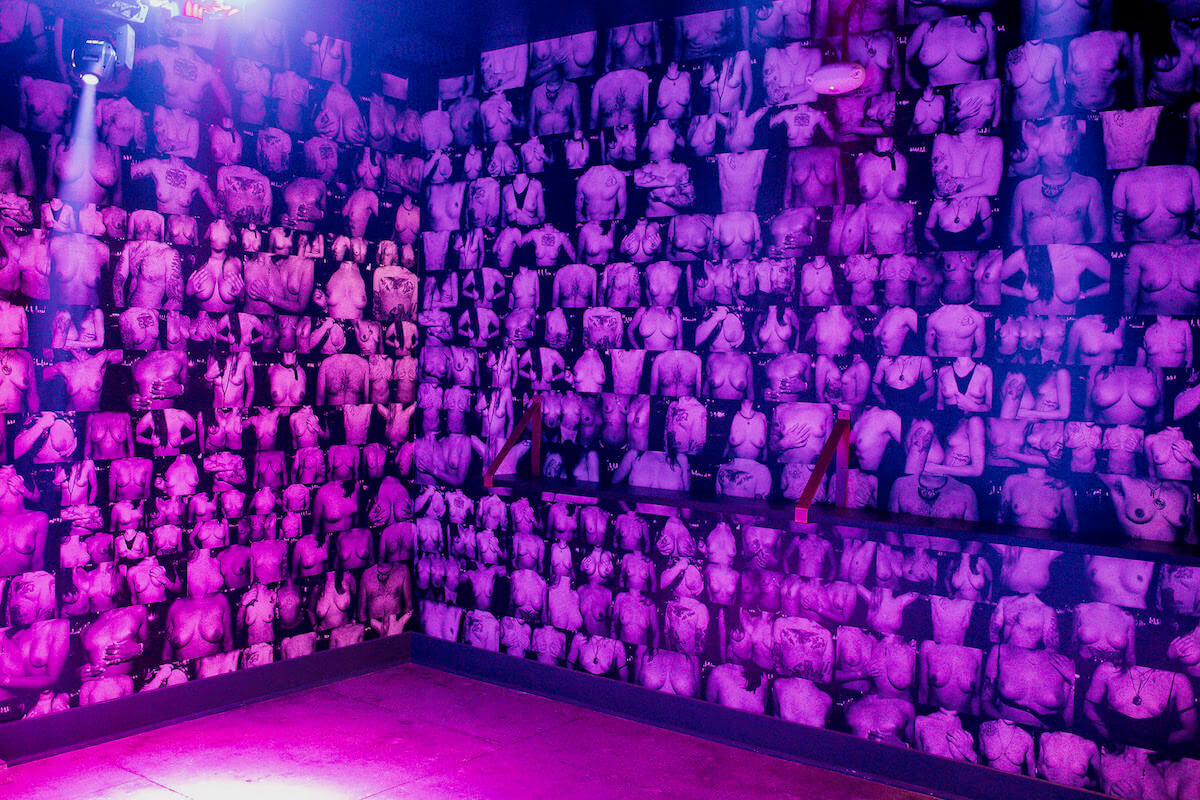 They’ve put in the effort to make a space that does feel good. “Jolene’s was built out of blood, sweat and queer tears,” says Amitin. He’s not kidding — the trio spent months building out the space themselves, laying tile, installing wainscoting, learning to use power tools; refining their butch skill set. During tough moments, they called in their community to help out. In Jolene’s, SF’s queer community has a new space designed for and by them.

“When you walk into our doors you will be safe with us,” says Linsangan. “We understand what you are going through and we accept you. Here, you will be at home.”

Images by Lucas Francisco & Shot in the City Photography