The Bi Life is E!s newest dating show, featuring eight bi and pan cast-mates plus Michael, who previously identified as bisexual but later came out as gay on the show. The series is a milestone in bisexual representation, humanizing bisexual people and highlighting different stories from the bi community.

Cast member Leonnie Cavill is a club promoter from Manchester who says she hadn’t been in a serious relationship for seven years. She told press before the show aired that she didn’t mind having casual relationships while she was still young, but would like to see what the show had in store for her. In the latest episode, Cavill admitted her feelings for fellow cast member Carmen Clarke, and the two shared a cheeky kiss by the pool.

We’ll have to tune in this week to see if the pair walk off into the Barcelona sunset together. 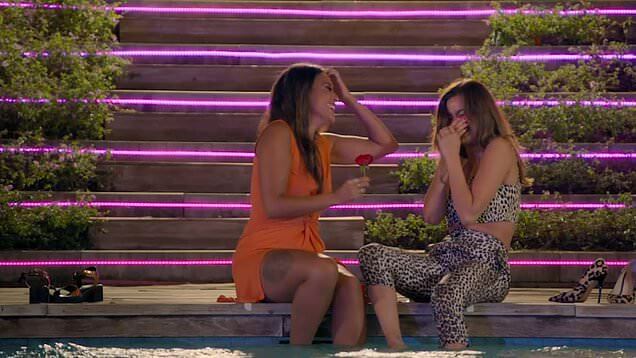 Back in London, INTO caught up with Cavill to chat about what it’s like to come out on national TV. She wasn’t really worried, she says, as signing up for the show was a “spontaneous” decision. But she wasn’t yet out to some family members when she signed up.

“I actually came out in the press on my dad’s birthday,” she tells INTO. “I was out to my mum, and my sister, but not my dad or my brother. But everyone took it really well. I don’t think anyone’s surprised, to be honest.”

Cavill thinks the show is already helping young people feel more confident in their sexuality and hopes it will encourage more bi people to come out. She’s already had a few young bisexuals message her on Twitter telling her that The Bi Life has helped them come to terms with their sexuality, and asked her advice on coming out.

“When I was younger, there wasn’t anything like [The Bi Life],” she says, adding that in her teens she felt embarrassed by her sexuality and wondered if she was normal.

“I think with seeing us going on dates, seeing us snogging, being comfortable and having like deep conversations with each other makes younger people relate to us,” Cavill says.

Being on The Bi Life also helped Cavill feel more confident in her own identity. 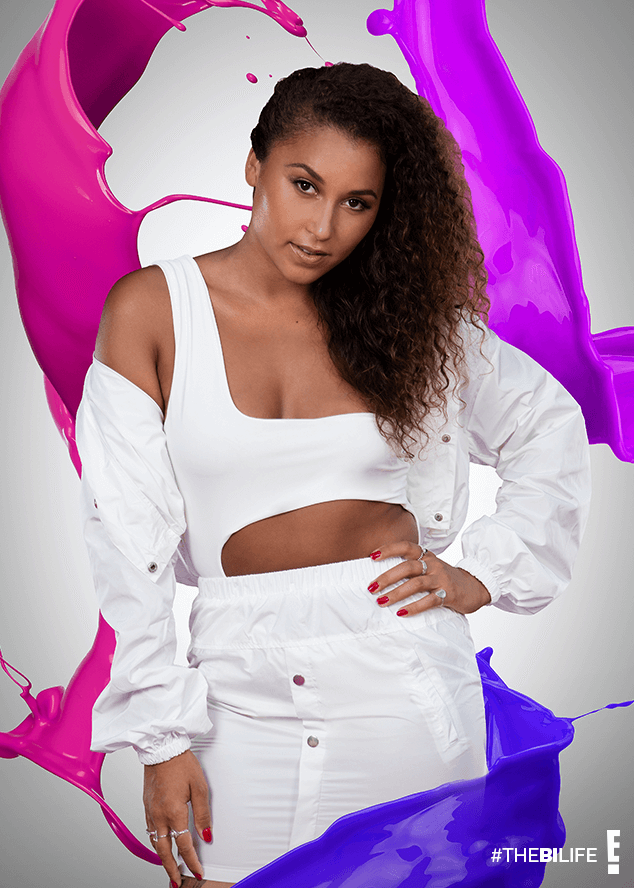 “If you’re going to put a bisexual in a show and make them really promiscuous or overly sexual, it’s going to make some people judge the rest of us,” says Cavill, who says her favorite bisexual character on TV is Viola Davis’s Annalise Keating from How to Get Away with Murder.

Like all bisexual women, Cavill has experienced negative comments about her sexuality. She finds it especially upsetting when people ask her if she is into threesomes because she is bi.

“I think [the cast] put it out there that that’s not what being bisexual is about at all,” she says.  “It’s just about liking someone for their personality and not necessarily their gender.”

Cavill hopes that seeing people dating on The Bi Life will show that bisexual people date in the same way everyone else does, so they don’t jump to conclusions about bi people.

She and the rest of the cast of The Bi Life are now doing more work to help educate people about bisexuality and LGBTQ+ issues. They are part of the Stonewall LGBT Role Models program, going into schools and offering advice.

Cavill sees herself as a bit of an agony aunt and enjoys helping young people feel more comfortable with themselves.

“[Bisexuality] is becoming a lot more accepted in society now,” she says. “There’s a lot more help out there for people, to help them embrace who they are and not shy away from it.”

The Bi Life is currently airing on E! UK.