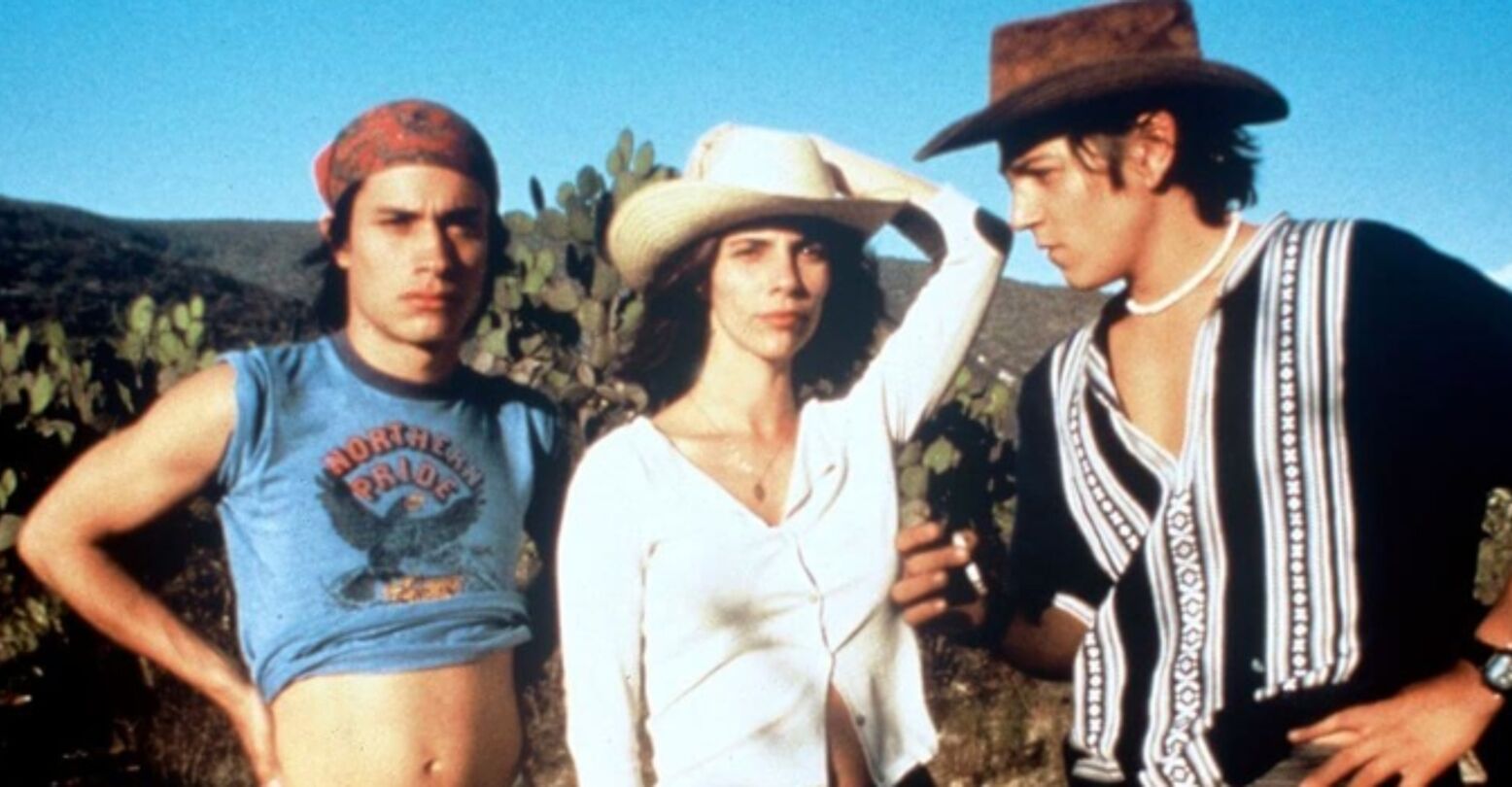 In our new “Get INTO” series, we rummage through Netflix each week to find the very best movies that LGBTQ cinema has to offer. However you identify, these tales of love, sex and the everyday experience of queer life all deserve a special place in your Netflix queue. Also, some of these films are super hot, so whether you’re alone or with a special ‘friend,’ rev up everyone’s favorite streaming service and get ready to chill with some of the best queer movies on Netflix.

What is Y Tu Mamá También? Long before Alfonso Cuarón freed prisoners from Azkaban or defied Gravity with Sandra Bullock, the Mexican director won a Best Original Screenplay nomination at the 2003 Oscars with Y Tu Mamá También (And Your Mother Too). 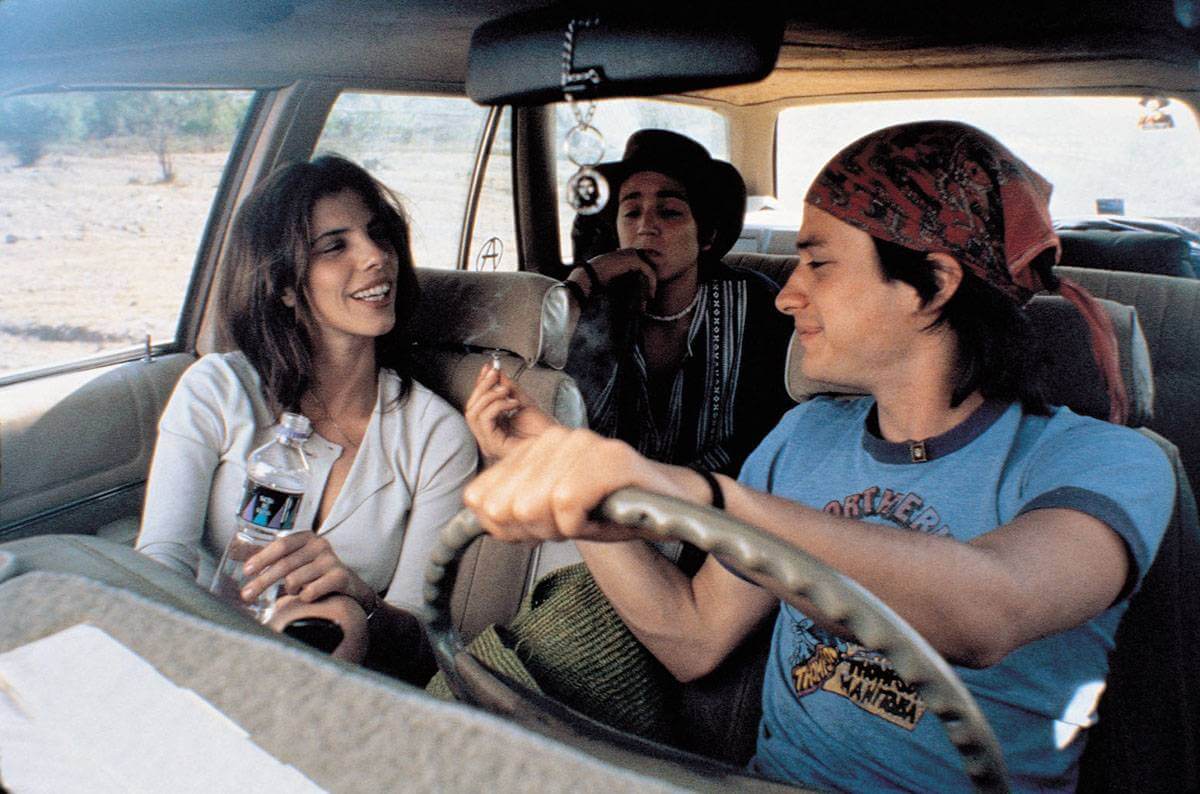 Who’s in it? Since filming Y Tu Mamá También, Gael García Bernal has been included on Time’s 100 most influential people list thanks to his work in films like Babel, Coco, and The Motorcycle Diaries, not to mention his award-winning show, Mozart In The Jungle.

Although early roles in Milk and Dirty Dancing 2: Havana Nights kept co-star Diego Luna in the spotlight, he wouldn’t enjoy true A-list success until he took a key part in Rogue One: A Star Wars Story, which he quickly followed up with the lead role in Narcos: Mexico.

Maribel Verdú plays the older woman that the young boys become infatuated with, but she herself has received less attention from international audiences in the years that followed, aside from when she starred in Pan’s Labyrinth of course.

What does Rotten Tomatoes say? “A road movie that’s not only sexy, but intelligent as well.”

What do we say? On paper, the synopsis for Y Tu Mamá También shares some unfortunate comparisons with gross-out movies like Road Trip or American Pie, but Cuarón’s breakout movie is far sexier and has plenty more to say.

In one of the many long takes that would later come to define Cuarón’s work, Y Tu Mamá También opens with both Julio (Gael García Bernal) and Tenoch (Diego Luna) having sex with their girlfriends one last time before they leave the boys behind for a trip to Italy.

Unlike the PG-13 nudity that characterizes its American counterparts, Y Tu Mamá También quite literally thrusts you into the action and maintains a playful eroticism throughout, especially after Julio and Tenoch encounter an older woman called Luisa (Maribel Verdú) on the road trip of a lifetime.

However, it soon becomes clear that there’s something more to this when they discover that they’ve both been sleeping with each other’s girlfriends. Rather than fight over this breach of trust, the pair instead bond over shared details, even laughing about their experiences: “I’ve been stirring your cream!”

By the time that Luisa brings them both together in a climactic ménage a trois, it comes as no surprise to see Julio and Tenoch start kissing each other with the same passion that they once used to kiss their girlfriends. What does come as a surprise though is how Cuarón avoids the cliches of gay panic humor in favor of something far more tender and real.

So it’s just about sex then? Given that Y Tu Mamá También is one of the only foreign films to be nominated by the MTV Movie Awards for Best Kiss, you’d be forgiven for thinking that sex is the only legacy that this arthouse classic left behind.

Y Tu Mamá También is so much more than that though. Without spoiling the ending, the way that Julio and Tenoch resolve things following their surprise sexual encounter reveals a great deal about male sexuality and the fragile bonds that tie men together.

Something that critics at the time of its release failed to acknowledge is that Y Tu Mamá También is also one of those rare movies that explores bisexuality without judgment, albeit with a rather veiled approach.