Max Vernon‘s musical, The View UpStairs, ran 105 performances Off-Broadway and will have 10 new productions around the world in 2018-2019. His other musical, KPOP, enjoyed a sold-out, extended run at Ars Nova this past October and was the most nominated Off-Broadway show of the 2017-2018 season.

INTO sat down with Max in Prospect Park, just after the Tony Awards, for his take on being a queer creative in the theater industry after his sudden, meteoric rise to Off-Broadway fame in 2017.

What’s it like, having gone through the machine of the theater industry over the past year?

It’s really weird, I would say, because I am coming off of about 10 years of straight rejection, and then it all just somehow coalesced into this one magic year in which I had 11 productions, and I honestly don’t know how that happened. They were seen by like 30,000 people, and it all just feels like a really, very surreal blur.

And the other thing that’s very surreal about it, in particular, is that now, all of a sudden, coming out of award show season, on paper, I can objectively recognize that I suddenly feel or look very successful. But my bank account has not changed at all. In fact, it’s worse than it was before this magical year. And so that, to me, is what’s so surreal about theater, is that I’ve been through the machine, and had this wild, Cinderella-like experience, and now I feel like my carriage is already turning back into a pumpkin. And so I’m trying to figure out, how do I get back to the ball? Or do I say, “Fuck the ball”? I didn’t enjoy it that much anyway. And I want to just be weird and continue to exist outside of that world. 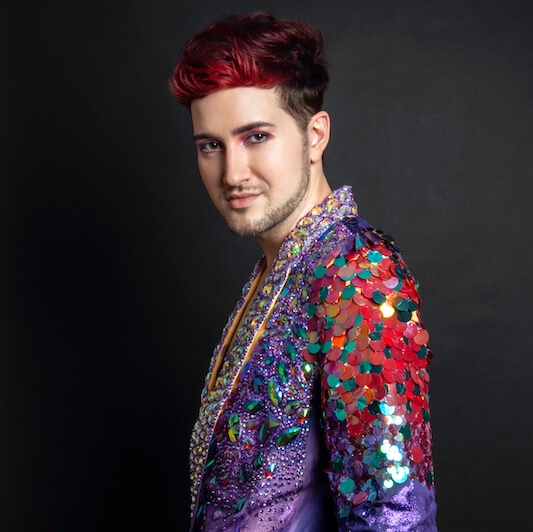 You mentioned on Facebook a few weeks ago about how when you and your KPOP collaborator, Helen Park, appear together at events, reporters always talk to you first.

Yeah. Definitely. It’s really interesting. I get into this thing where, partially, it’s probably because The View UpStairs and KPOP — even though they were like three months apart — ended up in different theater seasons, and I was able to go to a lot of these award shows twice. My sense of style is a little outrageous, and so I think I made an impression on people the first time around, and so, just by virtue of that, when we went, they knew who I was. They didn’t know who Helen was.

But I do think there is a little bit of [a race] component going on. And maybe also a gender aspect, because yeah, I mean sure enough, every single person I would interview would put the microphone in my face first and say, “So, what was the best thing about working on Korean culture?” and I’m like, “How weird of you to ask me that and not my Korean collaborator, who actually was born in Korea and knows this culture better than I ever will as an outsider.”

And that was literally what we got from the New York Times review, which was Ben Brantley saying, “Oh, these Asians are so fun when they’re singing and dancing for us. But the second they start talking about their culture, like, yawn!” meanwhile, not acknowledging the fact that we were the first musical, basically since Miss Saigon, to have an Asian cast of people actually speaking about their cultural experience, what it means to be a model minority, how it feels to “assimilate” or have to cross over.

By the way, who are your style influences?

How can we keep working to make the theater a more inclusive space?

We can create theater that is inclusive as we want it to be, but as long as all the critics are old white men, and all the voters in all these awards are old white men, more often than not, certain pieces are pushed forward and championed and then are given the privilege of having larger runs.

So I think the onus is on us to create the work we want to see, and lift each other up, and our peers who we think are doing that work. But also, I think we need to push for a systemic, industry-wide change where we also trying to get parity in terms of critical voices of who is seeing theater, also in terms of who is gatekeeping these opportunities, in terms of grants, in terms of awards, in terms of stuff like that.

[And,] having worked on The View UpStairs, I feel like I’ve gone through this thing firsthand where I’ve observed that there is this thing where gay artists are very frequently afraid of having their work ghettoized because they want to be seen as “legitimate,” and a weird, counterintuitive result of that is that they end up ghettoizing the critics who review their work because they don’t think those people are legitimate.

And I actually feel like the real thing we need to do is just lift ourselves up as a community. Which is why, actually, even though I’ve gotten reviews from Brantley, I’ve gotten reviews from these prestigious things on my CV, the press quotes I include are actually from people working for smaller papers where I actually really enjoy their critical voice and because they are representing politically in what they’re doing.

How about Andrew Garfield and his Tony win for playing a gay man in Angels in America?

Can I say? I trolled him at the Lortels. I mean, I have no problem with Andrew Garfield. I actually have not seen Angels in America yet, and I’m very excited. But he, for his speech at the Lortels, he said “Happy Pride Month,” and so I went up to him afterwards at the post-show party, just looking like a glitter Muppet faggot covered in just, like, fuchsia and purple, like, sparkles everywhere. And I was just like, “Thank you, Andrew, for saying that. I felt very seen as a heterosexual.” (chuckles)

I mean, it’s fine. I think it’s better than the alternative. You know, I respect that. And ultimately, that’s on the producers. And, to an extent, probably, on Tony Kushner. You know? It’s a biz, right? Like, we all know what’s going on. We know what’s behind certain casting decisions and how they get made.

But I, personally, am in a place where I really am only about casting queer people in queer roles, which is something I did in The View UpStairs, and I was really proud of that. The only heterosexual we had was playing a character who is supposedly rough trade, so it dramaturgically passed the bar for me, because I was like, I don’t actually think this character is gay, but I just think he’s sucking dick for money. 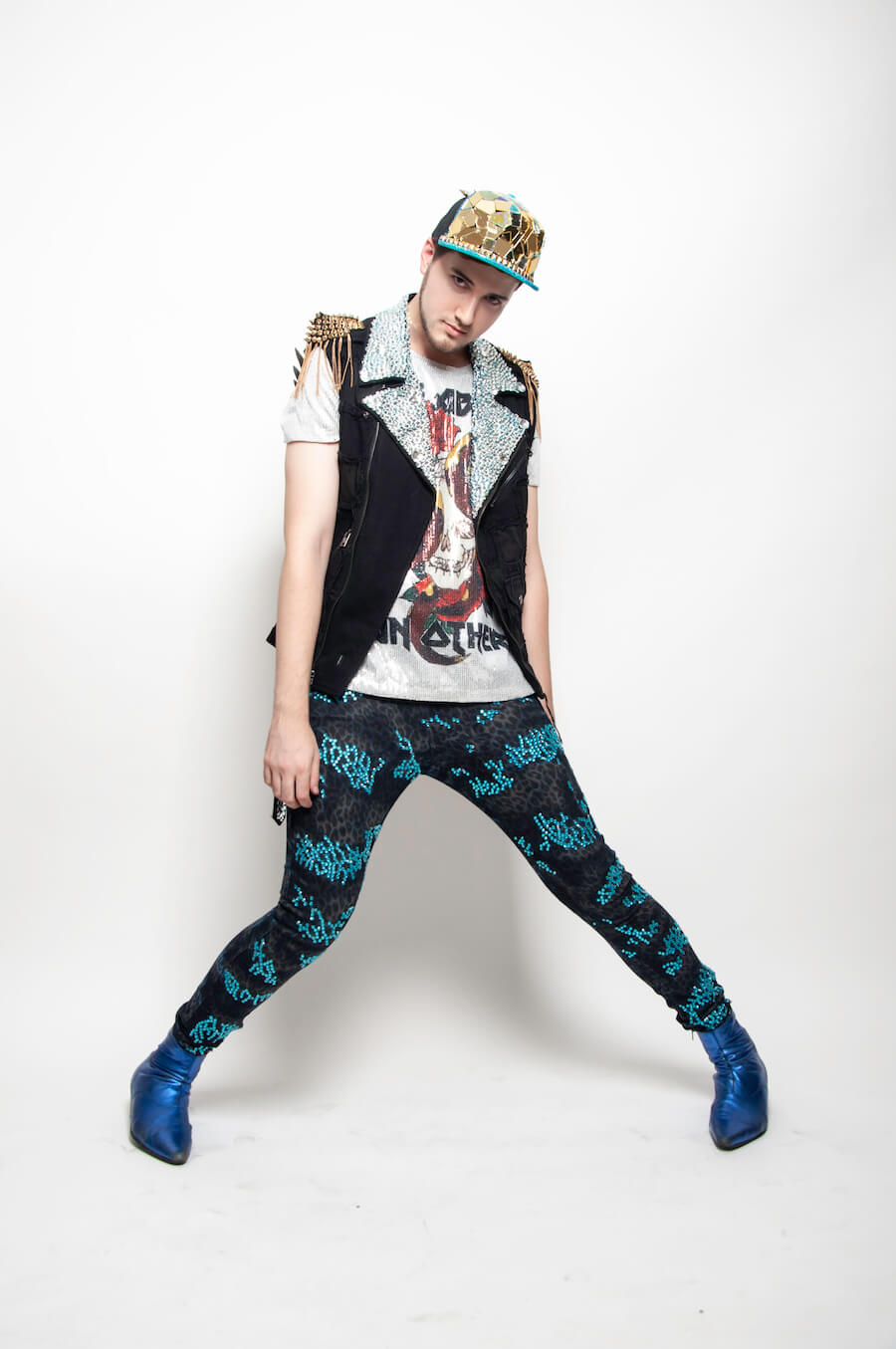 One of the things that’s so fascinating to me about KPOP is its vast moments where English isn’t spoken.

Well, I think this is a perfect example of what we’re talking about of, like, be the change you want to see, because this, to me, is actually something, as a white person working on KPOP for the last four years, that I’ve really observed. We need to break the mold. We need to have more in Korean. To me, was the message of that show. It’s that we don’t need to cross over to you, you need to cross over to us.

I’m in a place now where I think I would like to polarize myself creatively. If I am going to do something commercial in the future, I want it to be really fucking commercial. Like, I’ll do, like, Pampers the Musical, with like an 11 o’clock number called “The World is Full of Shit and So Am I.” But otherwise, I think I’m really craving to retreat and do stuff that is more experimental and even more artist-driven, because when I did that, and followed my own voice in that, that is the first time I started having any kind of success. I feel like the universe appreciates when you fly your freak flag high and proudly.

I’m working on a musical about tattooed ladies that I’m very excited about. The Tattooed Lady act started in kind of the 1880s and died out pretty much in the 1970s. There have been other musicals that have been about freak show, or circus, but weirdly, the Tattooed Lady is always the lead paid the least amount of attention to, and actually, to me, it’s the most exciting, because most freaks in the freak show were just people who had genetic deformities, whereas a tattooed lady actively had to make a decision to do an irrevocable act that forever changed who they were and cut them off from mainstream society.

And so, especially in this time in which we’re talking about women’s bodies and consent, I think focusing in on the stories of these women who have been forgotten to time — but really were these pioneers in so many different aspects — is just really exciting. I’m collaborating with Erin Courtney.

Is there a production lined up?

No not yet. Theaters, if you’re reading this, get on that.

Is there anything else you would like to say?

When I showed up [at NYU’s Graduate Musical Theater Writing Program], there were so many talented composers around me, and I’m actually so grateful that none of them saw me, and that I was invisible to all of them, because what it meant is that, because they underestimated my talent and my vision creatively, I got to actually marinate on what my vision was, and grow as an artist, whereas I feel like so many of them got into an ego-wrestling match with each other of trying to write to impress each other. And by the end, all of the originality in their voice had been drained out, and they all sounded like each other, and they had merged into one composer that wasn’t creating particularly exciting sounding work. It was complicated for the point of being complicated.

I would like to see more musical theater artists taking risks, being subversive, using their opportunity to be political and respond to what’s going on around us, because I think as artists, we have a responsibility. I think theater has a pedagogical function. We can teach people what it’s like to inhabit the lives of other people who exist in a realm that is completely opposite or closed to us. So we should be doing that work.

If I can say one more thing to other artists, it’s this: work with your peer group. When I was first getting started out, I had this fantasy that somehow Joe Montello, or Barry Weissler, or one of these people was just going to discover me and lift me up. And all of my own opportunities have come from lifting myself up and being lifted up by other people who are within five years of my own age. And when you work with with your peers, they are also young and full of ideas, and they’re hungry to get their work out, and the work means so much more to them than if you collaborate with someone who is already successful and has no real emotional investment in your work.

Don’t get seduced by the fancy people. Do the work.