A press release about the exhibit notes that being queer in the very Catholic country ofPoland is still quite polarizing and, as such, the work included would be considered a political statement were it displayed there.

“Most of the selected photographs focus on portraying friends and lovers in everyday settings in an almost documentary way, aiming to tell real stories about people and relationships rather than simply creating beautiful images,”the release says. “No political comments are made. Some of the works are kept in a deadpan style, while others carry a strong emotional charge. Works are created in different styles and techniques, but what they share is a deep attachment to direct mature storytelling and maintaining a strong intimate relationship with subjects portrayed in a broad range of moods, but mostly as sexually charged creatures.”

Curated byGrazyna Siedlecka, co-curated by Gosia Fricze and Katarzyna Roniek, and organized by Fresh From Poland in collaboration with Bermondsey Project Space,A Portrait of Love and Desireincludes intimate portraits, snapshots, photographic diaries, and art books, all under the guise of the”queer gaze.”

“By ‘queer gaze’ I understand looking through the eyes of LGBT+ artists and seeing what they see the way they perceive their surrounding,” Siedlecka tellsINTO.

We asked five of the artists to tell us what the queer gazemeans to them, and how it fits into their work. 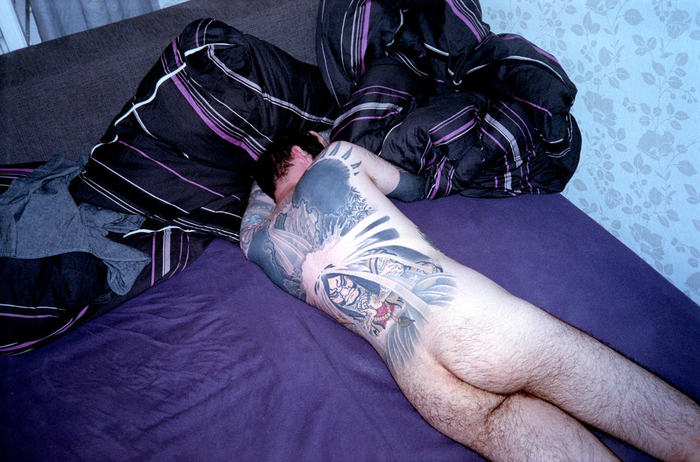 “I have been using photography as a platform for exposing the beauty and the plainness of the feelings both in long-term relationships and in brief liaisons. Those feelings are something that probably all of us have experienced, regardless of sexual identity. Hence, my photographs aim at uncloaking the commonness of human experience.” 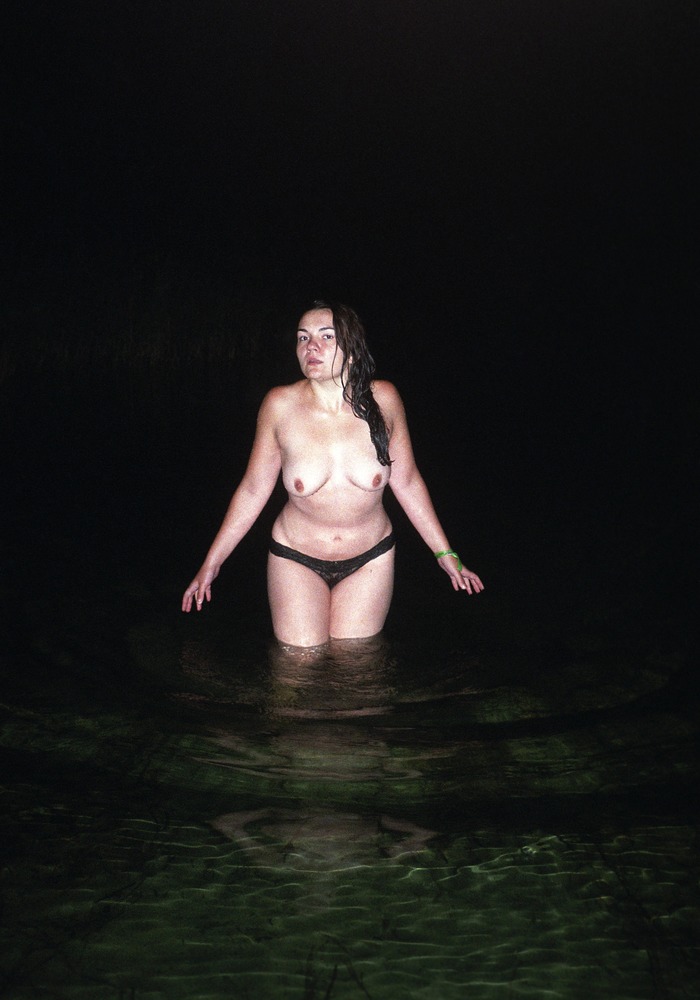 “When I was making my first big solo exhibition with Łukasz Rusznica as a curator (Just don’t fall in love, 2015) we realized that queer people need queer narratives the same as heterosexual people need their rom-coms or stories they can identify with. So gays have Tom of Finland, Bruce LaBruce, John Waters’ camp, or queer rap, for example, but when it comes to lesbians, they seem more lineated in the art world. We’ve got Lena Waithe and Janelle Monae but they just started.

The times are definitely changing.

So my goal with my photography was not always so clear to me until Łukasz explained it to me; that these are photographs about queer desire, that in queer gaze there’s a narrative too. My story of rejections, crushes and love affairs and most of all, secrets.

Not all of those girls in my photos are queer but the way they are looked at by me is definitely queer. And it’s not always about desire, sometimes it’s just about the female bond and its importance in my life. And you know what happened at that exhibition? The turnout was so huge (1500 people signed up on Facebook) that there was a line to get into the gallery. I’ve seen fellow lesbians that I hardly know attending that exhibition, even though they don’t go to galleries very often. The exhibition was about lesbian love stories and misunderstandings and self-destruction, and those girls could finally identify with something. Łukasz and I were very proud of that. There was even one guy from a dodgyneighbourhood, tracksuit, talking in slang, he came from a very homophobic community where if you come out you’re on your own. After he’s seen that exhibition he started talking to Łukasz and he actually came out to him. That was huge!” 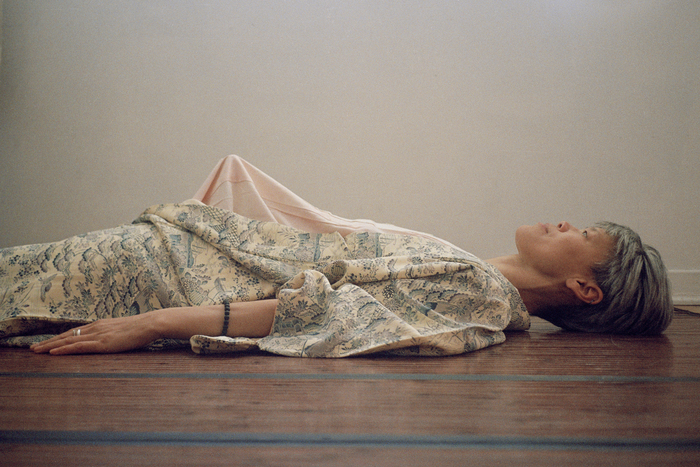 “Queer gaze to me is about making the invisible visible. It’s solidarity, empathy, care. When I photograph I want my subjects to feel seen for who they are, with no filter. To me, queer gaze goes beyond looking, it is about creating safer space, establishing a connection and building resilience. It’s an attempt to deconstruct a long history of voyeuristic and objectifying power dynamics. I believe that this gaze can only be activated when the subjects have an agency on how they want to be represented.” 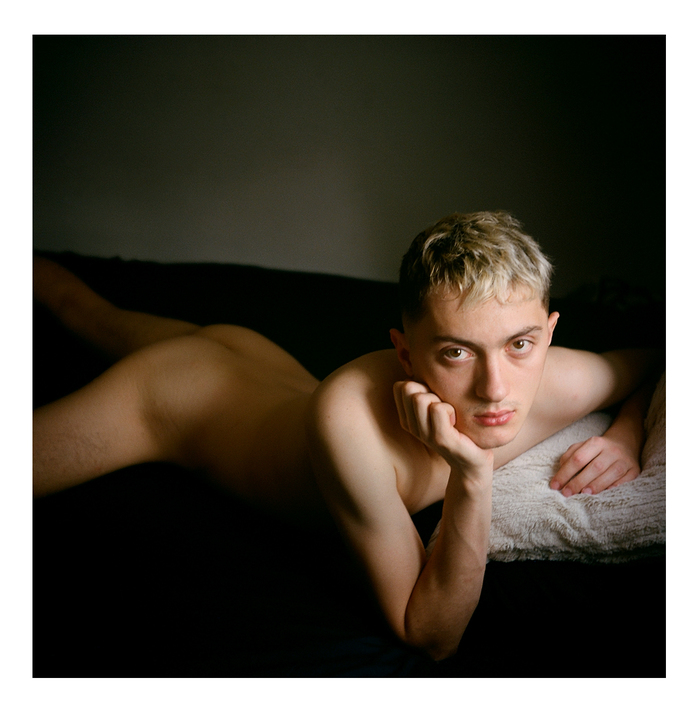 “For me ‘queer gaze’ means how LGBTQ people see their environment, communities. In my part of the exhibit that fits all my everyday lifemy boyfriend and his problem with being accepted.” 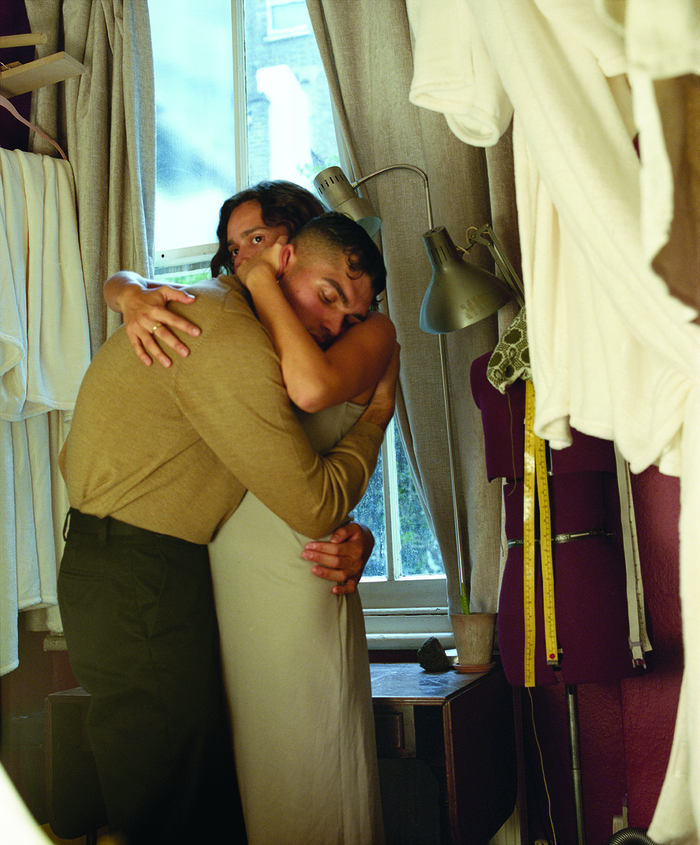 “I think gaze is not something we’re born withwe’re being taught how to look at others through visual culture since we see our first advert/movie and so on. The desire evoked by such visuals reinforces social norms and also comes in handy when selling thingssex sells and all that.

But what I think is quite unique is when the desire sold and showcased doesn’t align with that of the receiving part. Queer gaze for me is being able to look at women and men without the years of imprinted information on what is sexy or what I should focus on and find attractive/interesting. I shoot a lot of men because I find them beautiful but not desire them, I see what the beauty standard is but because I can’t relate on the level of desire my visual language is different.

Shooting women I get a bit nervous. Hopefully being a woman helps me not to objectify my subjects but also the desire there doesn’t have any visual language that I would know since early teenagehood, so the entire aesthetics in portrait work emerges from a sum of experiences and relationships with them. What queer gaze gives me is not having to struggle with an idea that my work might simply be a recreation of an ongoing subliminal message that mainstream gaze has been for straight artists.”

Queer Gaze from Poland:A Portrait of Love and Desirewill be on display atBermondsey Project Space from May 22 through May 26.