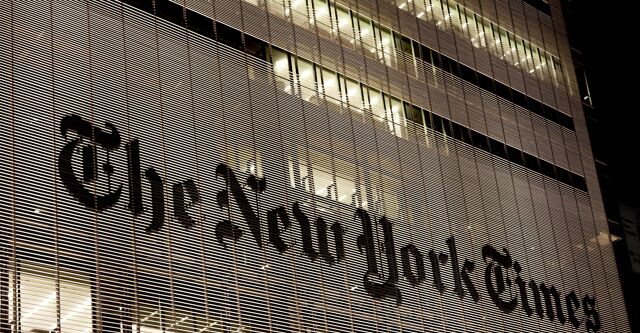 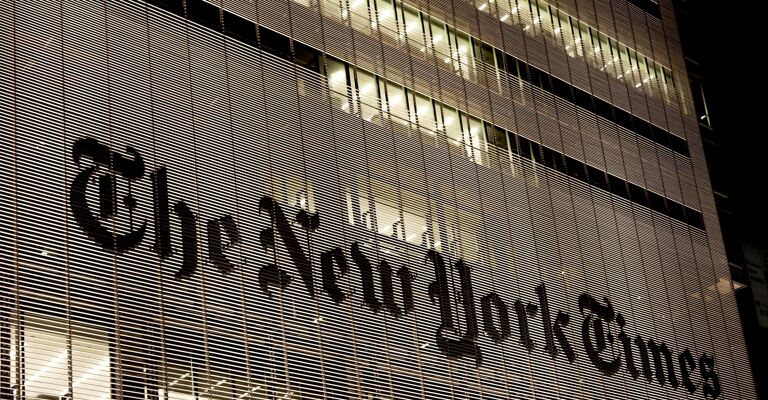 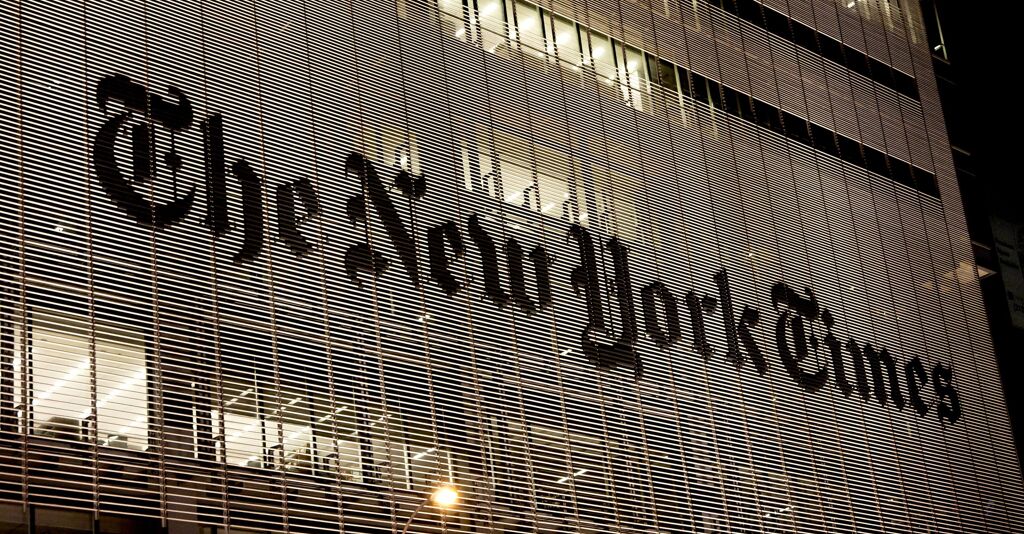 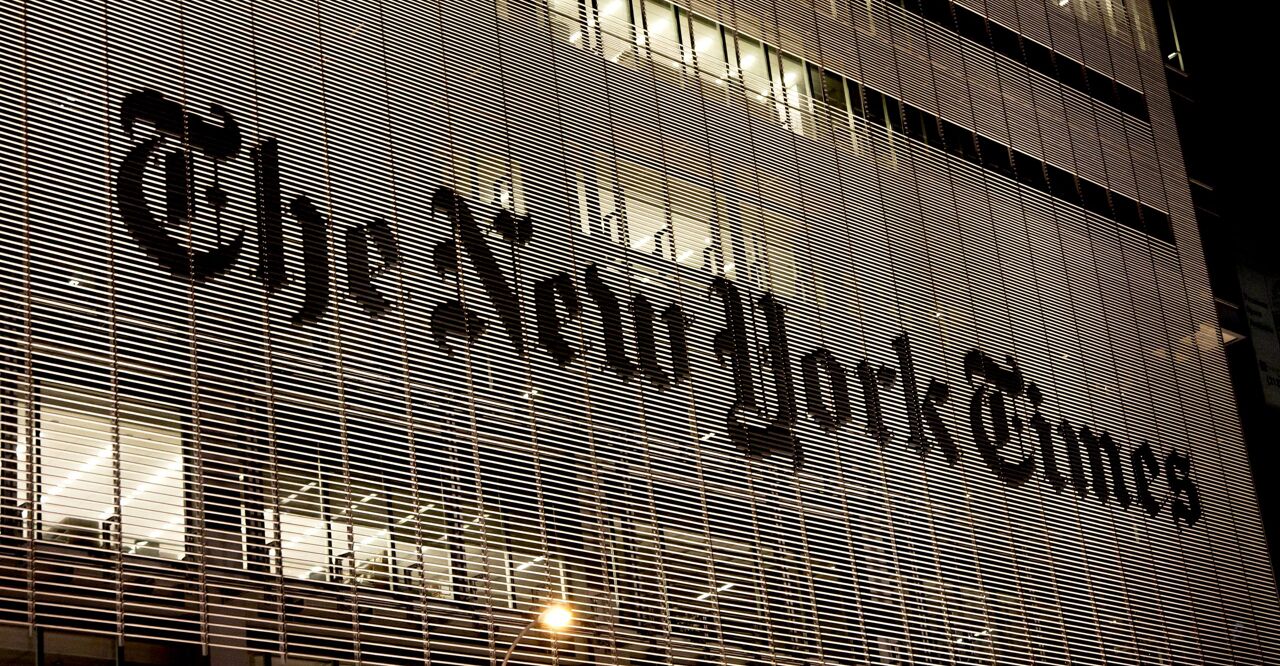 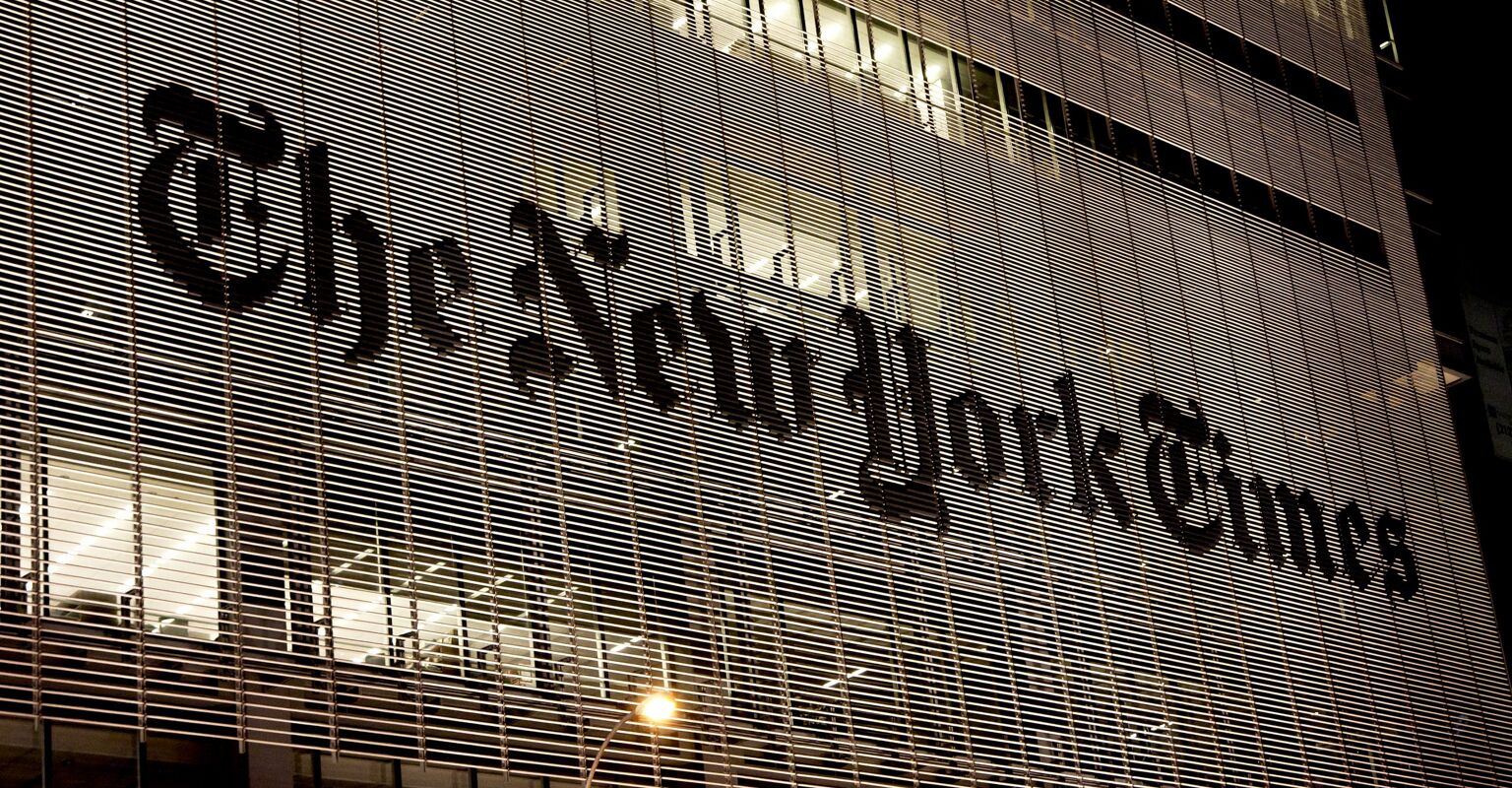 I’m writing to you—rather, at you—for several reasons. Largely in light of your recent decision not to respect authors’ new names and pronouns after coming out as trans, which is a huge slap in the face to the trans community.

It’s hardly the first slap you’ve doled out. Before this recent announcement, there was August 12’s “I’m a Trans Runner Struggling to Compete Fairly.”

I realize that this is an opinion piece, but the editorial team must have known what they were doing by running this story. I’m sure you’re aware that The New York Times has quite the checkered past when it comes queer and trans coverage, but the fact that you’re still running anti-trans articles like is truly disturbing.

Full disclosure: I’m a writer who has written for the Times. I have friends who are employed at the paper. I am a recent fellow of the National Critics Institute, which receives funding from the Times. I grew up reading and enjoying the Times, but your coverage of trans lives and bodies has been continuously harmful to me and others. It must stop now.

When I was a preteen, I read this story in the Sunday magazine. It framed the trans subject–who was just about my age at the time–as delusional, tragic, and doomed. I’ve never forgotten it. There was also your treatment of Caitlyn Jenner’s Vanity Fair cover in 2015, which was egregious.

You might say, “but that’s all in the past.” It absolutely is not. Just a few months ago, you assigned a story on hormone blockers to a cis journalist. I know and respect the writer and she did a fantastic job, but I have to ask myself, “why do they feel it’s appropriate to assign this story to a cis person?” I’m sure “journalistic neutrality” is your answer, but you’ve proven yourself to hardly be neutral when it comes to trans matters. The paper has a distinct point of view that comes across in every aspect of your coverage, from the recent Gina Chua profile that clunkily describes her as having “transitioned genders” to the Martina Navratilova profile that devoted a mere two sentences to the tennis player’s transphobic views, to Taylor’s op-ed claiming that trans bodies have innate privilege in sports. There is a well-established precedent of using trans folks to throw the rest of us under the bus or to prioritize certain types of trans folks as “sensible” and others as unhinged. This is a dangerous type of respectability politics, and it has no place in the discourse.

It is not responsible to run an article like this, even as an opinion piece. It shows me that you have no trans or nonbinary people on staff, or at least very few. And that’s simply unacceptable at this point in time. Either hire us to write and report these stories well and accurately, or stop talking about us. This is your choice from this point forward, and the trans community will continue to hold you accountable.

Andie Taylor’s op-ed is based on anecdotal evidence only. “I’ve noticed I run faster than women my age” does not equal “trans runners are faster than cis runners.” Nothing Taylor says amounts to actual evidence that trans athletes are more privileged than cis athletes.

Trans folks are not always exempt from believing the worst lies about our community. Some of us, in an attempt to be seen as human by cis society, feed right into those ideas. I believe this is called the “pick me” phenomenon. I don’t blame Andie Taylor for having these feelings or opinions. I blame you for publishing this woman’s extremely vulnerable attempt to be seen as “one of the good ones.” Or, more appropriately in the context of trans folks, one of the “sane” ones. One of the trans people who agree with the completely non-scientific, baseless assumptions that your newspaper continues to treat as fact.

The question of fairness regarding trans folks in sports, I should not have to tell you, is an extremely contentious one. You would never let a cis person write this op-ed because you know you would receive backlash. My question is, why publish this from a trans person?

I already know the answer: it’s because the Times had its own agenda regarding trans issues, and also because there does not seem to be a single trans person on your staff. I know this because this op-ed, along with one from a few years ago by Andrea Long Chu, made it past the editor’s desk and into print. You’ve tried to reckon with the paper’s hideous history covering trans and gay stories by hiring and printing the words of the most conservative people in our community. Chu’s vulnerable story was seen by the community as a weird legitimacy grab on your part, having much more to do with her celebrity than her point of view. That said, we understand the appeal of wanting to be published by the New York Times. It used to mean something—it no longer does. It can’t, because you keep using our own people to betray us and spread ridiculous messages about what it’s like to be us. I don’t know a single trans person who holds your paper in any kind of esteem, because you keep using us, hurting us, and ignoring us, all the while using our stories to get views from your cis readers.

If you’re saying to yourself now, as plenty of editors have said to me in the past, “but there just aren’t that many trans journalists out there,” you’re wrong. You could hire Parker Molloy, to whom you’ve previously assigned coverage. There’s Britni de la Cretaz, who does fantastic sports coverage, and Kate Sosin, who writes news coverage. For long-form interviews and profiles, Niko Stratis is an incredible writer and interviewer. For film critics, arts writers, and profile writers, look no further than Tyler Ford, Juan Barquin, Benedict Nguyen, Faefyx Collington, Tre’vell Anderson, J Mase III, Amos Mac, Katelyn Burns, Oliver Haug, Crispin Long, Tuck Woodstock, and Nadine Smith. And those are just the folks I can name off the top of my head. Whether or not they care to work with you in light of all this is another matter.

There are no excuses for this. You can’t continue to use trans people to speak against their own communities like this, and you can’t give us any more excuses about not hiring us to cover these stories. You can’t ignore our requests to be credited fairly and consistently. If you continue on the way you’re going, you will only spread further disinformation and, this I guarantee you, you will have blood on your hands. Trans adults and children read your paper. It doesn’t take much to push us over the edge–we are a population unduly affected by bad media representation, and unduly prone to violence, including self-harm and suicide. I will not link the statistics here, because I am tired and depressed already and because you can do that for yourself if you truly care about what I’m saying. I’m tired of repeating the same horrific facts about the rates at which we’re hurt, killed, and driven to suicide. But the situation remains the same unless places like the Times, the Atlantic, and other high-profile news organizations attempt to take us seriously in any real way.

If you’ve read Sarah Schulman’s remarkable “Let the Record Show: A History of ACT-UP,” you’ll know that the New York Times was, in the 80s and 90s, referred to by queer folks as the “New York Crimes” due to the paper’s misreporting and willful lack of coverage of the AIDS crisis. You have an opportunity now not to repeat your past offenses toward the queer community: please take it.

I am telling you to do better.