In 2003, Bravo premiered Queer Eye for the Straight Guy, a reality TV show that followed a group of five gay men – the Fab Five – as they travelled around the United States giving makeovers to straight men, specifically focusing on fashion, style, personal grooming, interior design, and culture.

Though the show received some flack amongst people who felt it was perpetuating stereotypes that gay men are automatically more fashionable or stylish, the show overall was critically well received and became a cultural phenomenon. In 2004, it won an Emmy for Outstanding Reality Series, and GLAAD Media Awards for Outstanding Reality Program in 2004 and 2005. Queer Eye ran for five seasons, until it was cancelled due to declining ratings in 2007.

In February 2018, Netflix released a revamped Queer Eye, with an all new Fab Five. In an age of political polarization, the first season focused on these men traveling around the American South, with an emphasis on creating dialogue between people who might not naturally interact without the show.

One of the members of the new Fab Five, Karamo Brown, was not new to reality TV. Brown entered the homes of many people back in 2004, when he was a cast member of The Real World: Philadelphia.

After the Real World, Brown did some more reality TV and hosting work, but his break certainly came from his casting in the reboot of Queer Eye.

Brown now serves as the Culture expert on Queer Eye, a position which often looks a lot of like a therapist on the show, which makes sense with Brown’s background as a counselor and therapist.

The second season of the Queer Eye reboot was released on Netflix today, and we caught up with Brown to discuss getting on the show, why Queer Eye is so important, his time on The Real World, being a dad, and his activism and advocacy work. 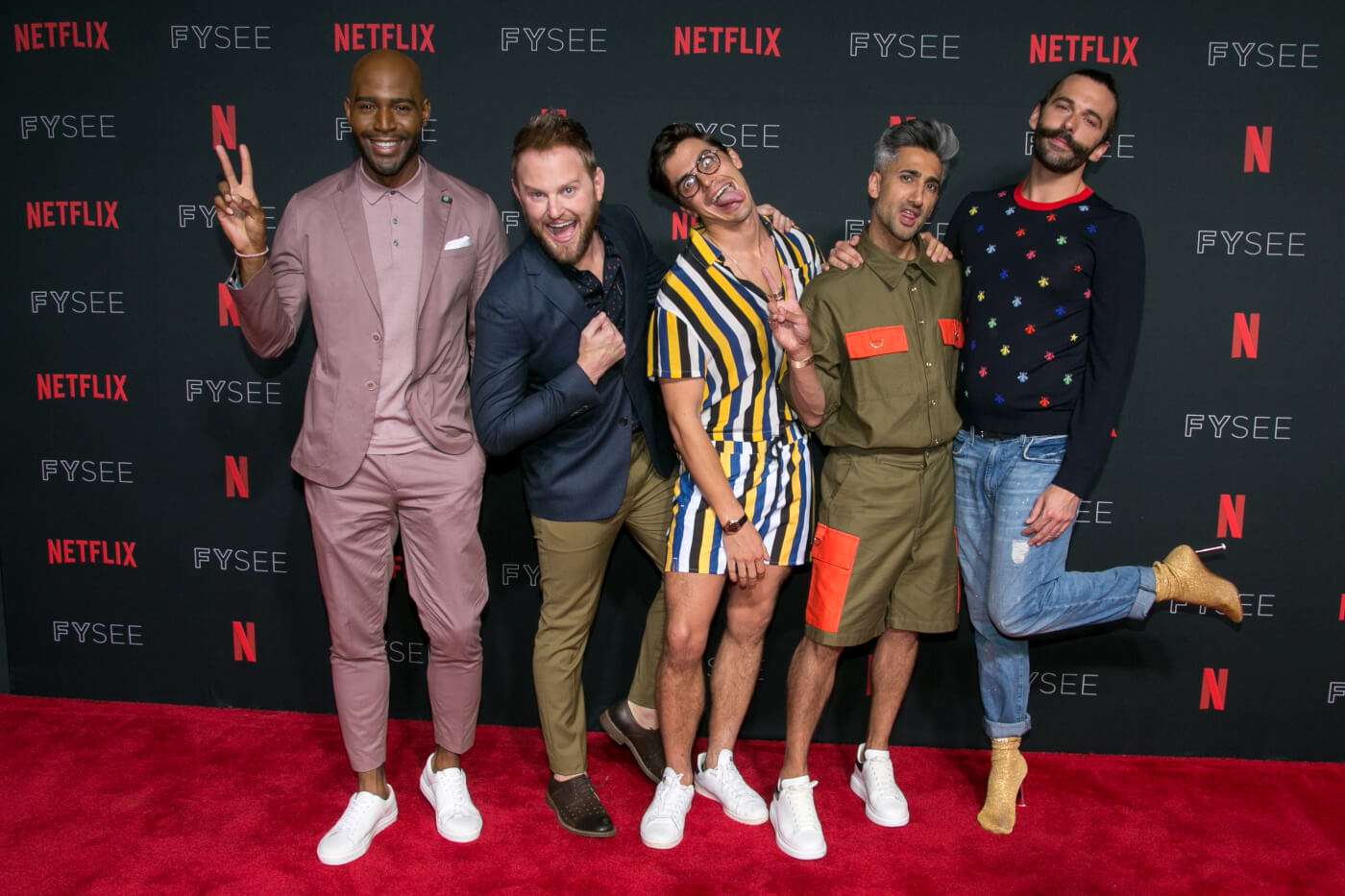 Did you watch Queer Eye the first time around?

I did watch the first Fab Five, and I loved the show.

It was something that any LGBT person who was looking for representation on TV flocked to it. It might not have represented us all, completely, but I loved that these guys were out there being courageous.

How did you find out about the new Queer Eye?

I found out about the second Queer Eye through Carson Kressley on Watch What Happens Live. I was sitting in bed, and he was talking to Andy Cohen and said the show was coming back. I called my agent and was like, “I’ve got to get in for this.” And my agent actually called me and said they’d already finished the casting. I told him he had to beg, and luckily, he got them to see me and I got the job.

I mean just look at race. The first time around they had one Latino. This time we have myself, an African American, and one Pakistani gentleman, Tan, on the show. That alone is different. Also, Antoni is from Canada. So, we have someone not from this country. Just there we’re different.

With the first Fab Five, we didn’t know if they were married or in relationships. Two of the new Fab Five are married, and I’ve been a single father raising my kids. I think it gives us a different dynamic. We show the world different dimensions of our community.

When you were on The Real World back in 2004, your season was unprecedented in that it had two gay men, right?

Yup! I’ve been on shows with gay guys forever. What I appreciate about that show was representation. That was when the original Queer Eye was on, as well.

Even though I might have watched original Queer Eye, as an African American I didn’t fully feel like I could see myself in one of these guys. People had the option to turn to The Real World and see me and my castmate Willy, who were African American and Latino, and were dynamic, in our own ways. So, it was pretty special that I was part of how the LGBT people were seen both back then, and now again.

When I approached LGBTQ issues back then, I didn’t have the same knowledge. I just had my own perspective. Everything that I said came from a very defensive place. People were still very vocally homophobic, at that time. I’m not saying people aren’t now, but it definitely seemed a little harder then. When someone approached me, I felt like I had to protect myself.

Now, I lead with more love and understanding. I also think about what’s the intention behind someone’s statement. Obviously, if they’re calling me out by a name and the intention is horrible then we’re not going to have a calm conversation. But, most people just don’t know, and they want to learn. So, I lead with the goal of educating. 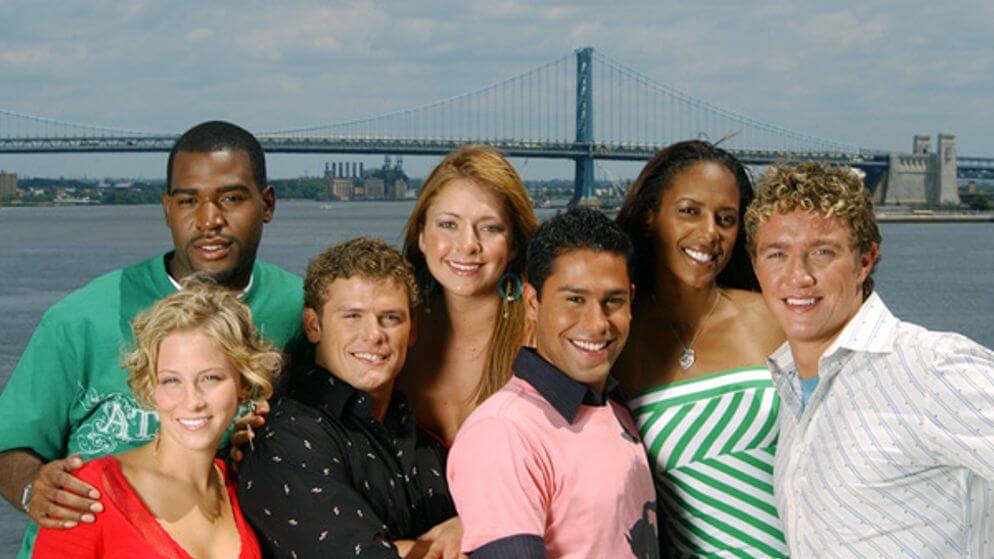 Why was this moment so important for Queer Eye to come back?

We’re divided as a country, and as a world. We have forgotten what our similarities are. We are so caught up in our differences, that it is tearing our country apart.

I think what’s beautiful about this show now is that we’re is trying to show people how we are alike. We all, as people, just want love, respect, our families, opportunities. And when you go past these views that you think are dividing us, you realize we’re all the same.

That’s why our show is touching on such an emotional place, people realize, “These guys are just like me.”

Can you talk a bit about you experience as a gay single dad?

The only thing that’s different is that I do have to have extra conversations with my kids.

First, about being black men in this country. Second, we talk about having a father who is gay. I explain it’s not their job to fight my battles. I tell them people will be ignorant, sometimes, but people will also be loving.

My kids are older now, but when they were younger people would say little things to them, and they would want to fight Dad’s battle. I was like, “You don’t need to fight to my fight.”

Now, they’re allies to the LGBTQ community because they don’t want anyone to be treated badly based on identity. I think it’s beautiful.

What’s your background in nonprofits and advocacy?

I was a social worker and a psychotherapist before I got on TV.  Even after The Real World, I got back into that. It’s always been my world, and what I’ve done.

I do a lot of work with nonprofits. It’s in my nature. I cannot not fight for what’s right. Out of all the guys on the show, I’m the most activist. I recently went to the White House.  I sit on board of a nonprofit called OutRight Action International that fights for LGBT human rights, globally. I’m very proud of the work we do. We go to United Nations and bring activists from around the world to talk about what they need in their country.

What were you doing at the White House?

I was working with Creative Coalition, and we were meeting with Democratic and Republican Senators to advocate for arts. To be at the White House and have a captive audience of staffers and Senators was amazing. Being able to bring up LGBT issues was so important for me. I’m not going to walk away from there without bringing all of my identities to the table and asking them, “How can you show me you actually care about me as a human being?”

I’m not saying one conversation is going to necessarily change the world, but I know for a fact that one person in that room was affected by things I discussed, and how their policies affect LGBT youth and LGBT people, in general.

I actually met with the office of Karen Pence and her team and staff. Karen is Vice President Mike Pence’s wife. Everyone told me I couldn’t talk about LGBT issues when I went in. I’m one of those hard-headed kids that whenever you tell me what I can’t do, that’s what I do. So, I walked in and was like, “So, how do you feel about gays?” They were all like, “Oh…Ah…Oh…” For me, I make sure I use my access to get in those spaces to have those conversations, where a lot of people would shy away.

This administration is not one I support. I do not support Mike Pence. But, I do know that if I want to try to effect some small change, I have to be in the room. So, once I get in the room, I make sure I bring things up that are important to me, whether it’s about being a person of color or identifying as gay. I bring things up so that I can say, “Let’s have a conversation.”

Surprisingly, the office of Karen Pence was very supportive. Of course, she can’t speak for her husband, but I thought I was going to be met with pushback, and I wasn’t.

Do you ever feel unsafe having conversations about LGBTQ issues?

Yes, I have felt unsafe. My father is Jamaican and Cuban, which are both very machismo cultures. I came out when I was 15 going on 16. When I was coming out in Caribbean culture, I felt scared. I was like, “How do I discuss who I am, and what my desires are for life without feeling like I’m going to get beaten up?”

Those feelings of fear have stayed with me my entire life. But what I’ve done is, I’ve learned different tactics so when I go in these spaces I make sure I have a support system so I’m not alone.

I also make sure that I’m leading with love, and not the same anger that I did when I was young and on The Real World. Making sure that I’m meeting them where they’re at. I’m going to help you build up to understanding. Those things help me feel safe, because I have people supporting me. And it works.