For the better part of a decade, pop rock band R5 enjoyed the kind of fan hysteria seldom seen in music these days. However, all good things must come to an end, so the decision was made earlier this year for the band to splinter off and pursue new creative ventures.

Together, brothers Ross and Rocky Lynch relaunched their music careers as a duo known as The Driver Era, defying expectations with a more mature sound on lead single “Preacher Man.” As an actor, Ross also won acclaim recently for his performance in My Friend Dahmer, playing the titular serial killer who struggled with both his burgeoning sexuality and the murderous urges he could no longer control.

INTO spoke with The Driver Era via email about their new music, the “tremendous” reaction from fans and the possibility of revisiting R5’s back catalog on tour. Along the way, we also discussed a potential sequel to My Friend Dahmer and Ross Lynch’s upcoming role in The Chilling Adventures of Sabrina, including who he’d like to work with if the show ever crossed over with Riverdale. 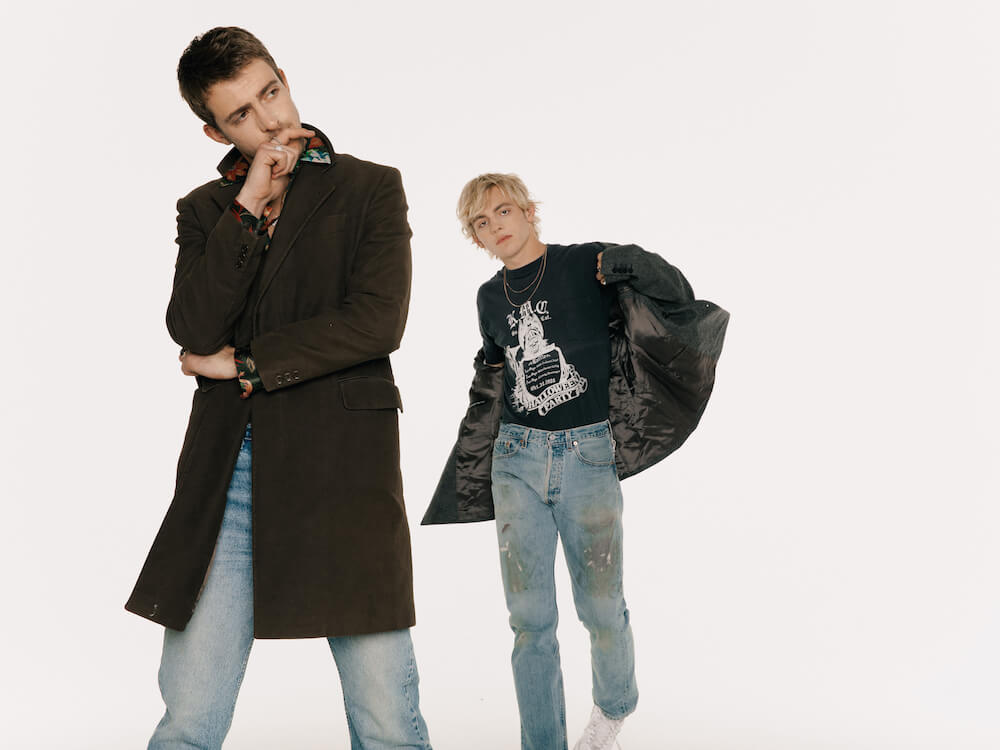 Ladygunn Magazine described “Preacher Man” as “equal parts Elton John and Freddie Mercury with just a dash of Timberlake”— would you say that’s accurate? Who influenced you both while working on the Driver Era project?

Rocky: Some of the people that have influenced me creatively range from Prince to MJ, INXS, and Jimi Hendrix, but when I’m writing, I’m not really drawing from any of them. They probably affect my decisions without me knowing it, but I’m more intrigued by the future. I’m interested in where I think music will be in a couple years. When it comes to structuring the sound of The Driver Era, I like having one foot in the old and one foot in the new.

How do you feel about the response from fans so far? And is there a chance you’d perform any R5 songs on a Driver Era tour or will the two projects remain completely separate?

Ross & Rocky: The reactions from the fans have been tremendous. We’ve actually developed relationships with fans over the years and they won’t bullshit you. They tell you how it is, what they like, and what they don’t, which I thoroughly enjoy. So, the fact that they’re still involved and wanting more music means we’re doing something right. We don’t plan on playing R5 songs anytime soon, but I’d never rule out an idea out for a live show. We like to keep it spontaneous. I get bored too easily.

Can you both tell us more about the next Driver Era single? I’ve seen clips of you performing “Afterglow” and it sounds like the perfect summer song with chilled, sunny beach vibes. Will the video reflect that?

Ross & Rocky:  “Afterglow” feels so much like a vibe of sipping rum on the beach because that’s where the life of the song was created. As for music video talk, I don’t know if there will be one or not.

Ross, you’ve mentioned working with rappers before and even said that you’ve recorded some of your own rap songs. Could this be incorporated into your next album? Will we ever hear you rap on a record?

Ross: Anything is possible for sure. But it would have to be done right, that is a sensitive endeavor. I do love rap. It seems to be the most influential genre of music at the moment as well. 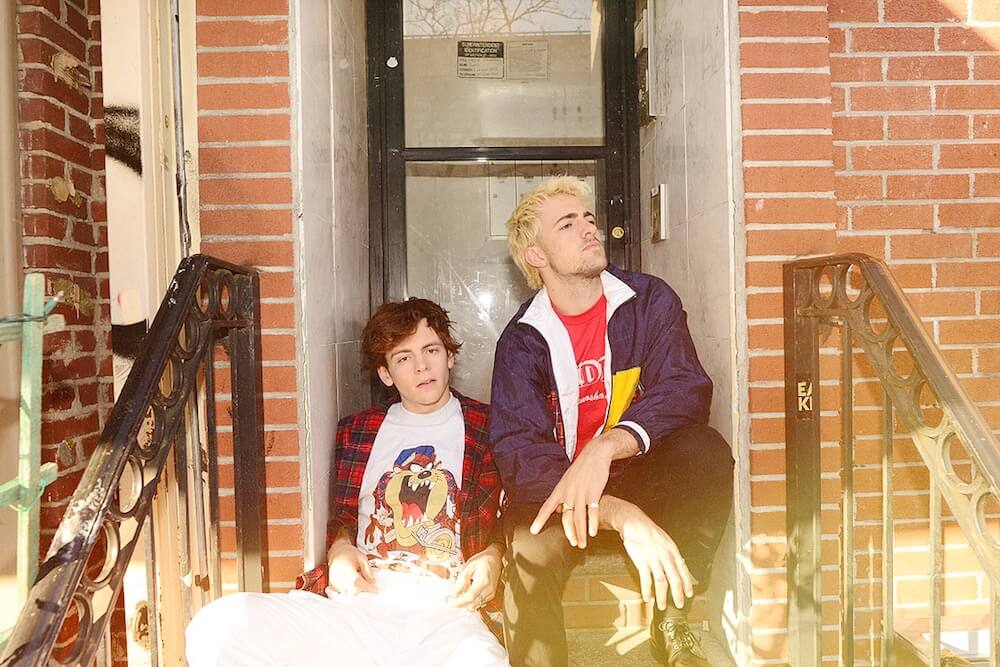 Ross mentioned recently on Twitter that Tyler, The Creator, and Willow Smith would be dream collabs for him. What about you, Rocky? Who would you like to collaborate with? Are there any guest features we can expect to hear on the album?

Rocky: I would gladly collaborate with the two mentioned above! Other collabs: Diplo, Drake, Mark Ronson, Jay-Z. Guest features are always nice for albums so we’ll see.

Ross, you said once in an interview that you both struggle to find time to do the things you want to do because you’re so passionate about the music and have to spend all your time on that. How does this affect you both and what would you be doing if music wasn’t such a huge priority for you guys?

Ross: Well, that’s changed a little bit now. I’m on a new Netflix show called Chilling Adventures of Sabrina, and that takes up a lot of my time. Prior to the show, Rocky and I would spend what seemed like all day, every day in the studio. Now it’s more about finding downtime to write.

Rocky: I spend too much time in the studio to the point where I have to step out to kind of revitalize myself. You can go crazy after so many hours, so it’s good to have other interests at times.

Rocky, I saw you post something on Twitter recently about remixes for “Preacher Man” and potentially other tracks, too. What’s it like to revisit your own songs? Can you talk us through that process?

Rocky: Remixing songs is a little different than writing/producing a song from scratch because the song is already done. When I remix something, I’m kind of in more of the playground territory where I’m not worried about lyrics or song structure.

Ross, the fans are loving your new hair color, but what else did you do to help prepare for the role of Harvey in the upcoming Sabrina show?

Ross: This is kind of hard to answer without giving away the story, so I’ll be coy. The show is a whole new conception of Sabrina, so I didn’t go back to watch the old version.

I know there aren’t any plans right now for Sabrina to cross over with Riverdale, but if they did, which characters would you like to see Harvey interact with and why?

Ross: Hmmm, I get along with Cole [Sprouse] pretty well, that would be fun to work with him. Cami (Camila Mendes), too.

Rocky, you’ve tried your hand at acting a few times too. Is that something you would like to pursue more in the future and if so, who would you like to work with?

Rocky: I’ve been contemplating other avenues of life for some time now because I love music, but I know there’s something else out there that will draw my interest just as much. I haven’t put much thought into if acting is something I would enjoy. Maybe when I’m 40 I’ll pick it up again. I enjoy the work of directors like Martin Scorsese and Quentin Tarantino. 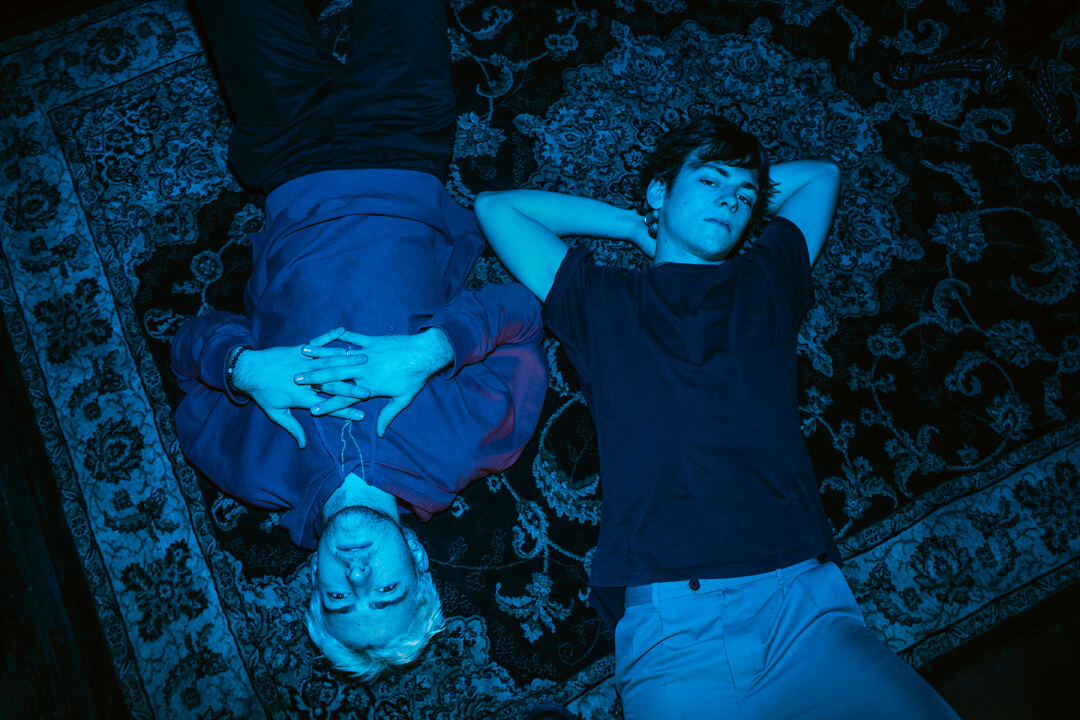 Ross, your performance in My Friend Dahmer was one of my favorites last year. While others might have portrayed the young serial killer as a caricature, you really strove to depict him as a rounded human being and the film is better for it. What do you think caused Dahmer to turn out the way he did?

Ross: Thanks! It’s been awhile since I’ve been asked that. I sometimes think it’s a variable of evolution, but really, I think he needed someone to empathize with him. To see him and say something.

I asked Marc Meyers last year whether he would ever think about working on a sequel to My Friend Dahmer. He said he would be interested in perhaps exploring Dahmer’s college years and his time in the army. Would you ever consider playing Dahmer again in a sequel like this?

Ross: Because I’m so proud of the first one — it’s a tough sell. But If Marc Meyers is doing it, and wrote another amazing script, it would be hard to decline.

You’ve both achieved so much already in such a short amount of time through your various music and acting projects. What are you both most proud of in your careers so far?

Rocky: I don’t know if there’s a moment in my life I can look back on and say it’s my proudest moment yet. Because I feel like I can give the world so much more. I’m always on the search for something great.

Ross: Touring the world time and time again as a teenager was pretty special. We had the coolest high school experience you could ask for. The perspective we gained from those experiences I value highly. But without every detail of my career, the rest wouldn’t have been possible, so I’m really proud of everything and am trying to not look too far into the future. Gotta enjoy the ride.

What’s next for you? How’s progress on the album going and can you share a potential release date?

Rocky: I scored a short film that’s going to some film festivals. Currently loading into a studio to start messing around with the live set up for The Driver Era. Constantly creating!

Look out for The Chilling Adventures of Sabrina and new music from The Driver Era later this year.