Side-scrolling beat ’em up video games have a bit of a history of gay culture. There are the deep house soundtracks that backdrop Streets of Rage, and who can forget Mike Haggar’s thick leather belt/suspender in Final Fight? 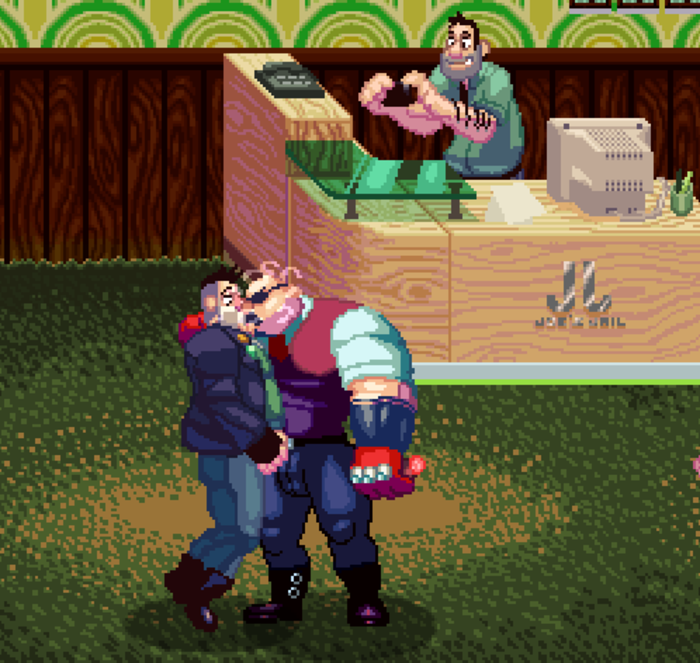 Strange Flesh comes at a time when queer games sometimes feel a little lacking in, well, sex. While attending the Queerness and Games conference in Los Angeles last year, there were a lot of great games on display. Anthrotari and Revisions were particular standouts, though I noticed some of the games (and their developers) announcing loudly what their games mean.

“My game is about identity!” one dev told me with pride.

Another game, which the developer described to me as being about boredom was, indeed, very boring. But I was surprised when none of the games I played in the arcade included sex or even mentioned it. 2017 saw the release of dating sim masterpiece Dream Daddy, but the sexual allusions in that game are PG-13. In order to appease Twitch’s streaming regulations Robert Yang, developer of the cruising sim The Tea Room, replaced all the genitalia in his game with guns, making a bold commentary on what we find offensive online. There are probably more than a few hypersexy visual novels released this year that I don’t know about but, by their own admission, visual novels aren’t games.

I understand why sex can be tougheven when sex is consensual and made “safe,” it still has risks because it changes the way the people involved think about one another. It can ruin relationships, friendships, or just reveal something that two people didn’t know about each other. Also, sex is easily classified as “problematic” because it usually has to do with turn-ons involving the bodythere’s always a degree of objectification. But it’s those body preferences and desires that classify someone as gay in the first place, so why remove those impulses from queer-specific gaming?

The developers of Strange Flesh are rather secretive. They preferred to communicate with me through the gamer messaging app Discord, and instead of real names, provide their handles: Ursa Major and Blazingcheeks.

“I draw a lot of adult pictures with cigar smoking and hypnosis as the theme,” he writes. “I kind of brought that into the frame of the game.” 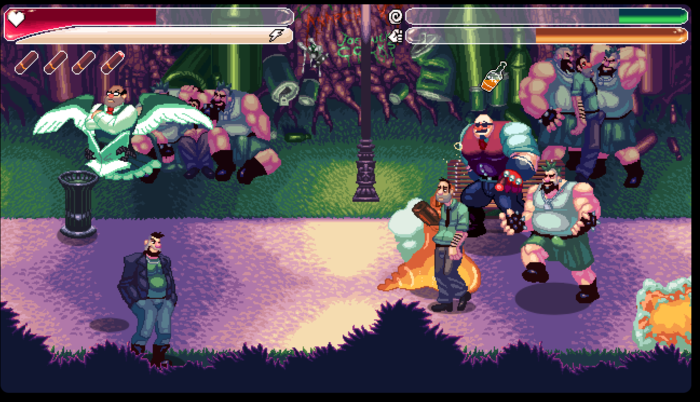 One of the voice actors for the game, Bearpad (who, full disclosure, is an old friend of mine) recently introduced me to the world of male possession, a fetish for people who like seeing men being possessed by ghosts. Do a YouTube search for “male possession” and you’ll find multiple compilation videos. Clips of a portly ghost diving into Bill Pullman’s mouth in 1995’s Casper seems particularly popular. Perhaps the interest is in a sort of extreme intimacy, being able to go inside someone’s body.

“It starts on the lips and ends in the lungs,” writes Blazingcheeks.

The beat ‘em up genres’ relationship with sexuality has always been a messy one. Double Dragon starts off with a damsel in distress being punched in the gut by the bad guys and carried off like literal property. The designers of 1989’s Final Fight were worried about feminist outcry over violence against female combatants, so they described minor enemies Roxy and Poison as “newhalfs,” a Japanese term for pre-op transgender individuals as if it was wrong to fight cis women, but violence against trans people was acceptable. Poison’s identity has since been ambiguous, with developers suggesting that it’s up to the viewer to decide Poison’s trans status.

While most of the sex and violence in Strange Flesh is mostly imagined, happening within Joe’s subconscious, the bartender does not ask before he dives into Joe’s mind. Online outrage over a forced feminization fanfic for the game Nier: Automata and a humiliation scene in the visual novel Ladykiller in a Bind have proven that displaying non-consensual fantasies can be risky for queer creators. But the developers of Strange Flesh argue that making this moment verbally consensual would ruin the fantasy. 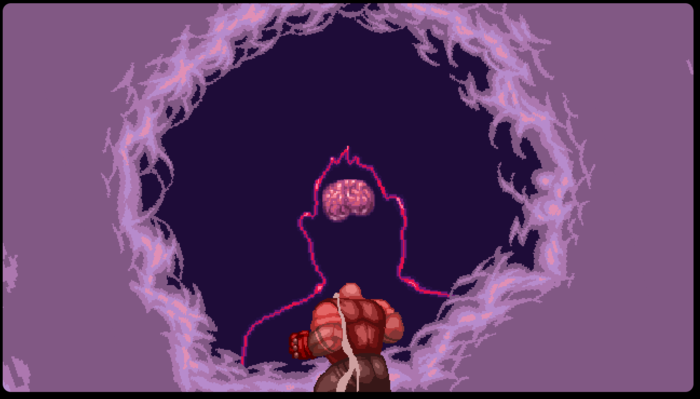 “If the daddy character is like, ‘I can take you down this rabbit holethat is,if you think you’re ready.’ Just one line like that, maybe,” she suggests. “Everybody wants to be hypnotized.”

A counterpoint game to Strange Flesh might be Robert Yang’s Hurt Me Plenty, a spanking simulator which includes aftercare and negotiation as part of the gameplay.

While a part of me would have preferred verbal consent or mindfuck disclaimers in Strange Flesh, the lack thereof doesn’t bother me profoundly because, well, telepathy isn’t real and no one got mad at Mario for possessing people in Mario Odyssey.

And while I may not personally agree with the way everything’s handled in the game, even the developers would say Strange Flesh, a game of unfiltered desire, isn’t for everyone.

“We’re simple people,” writes Blazing Cheeks. “We wanted to make something that wasn’t therea really naughty gay game, with good production and that was fun to play, but also really hot.”