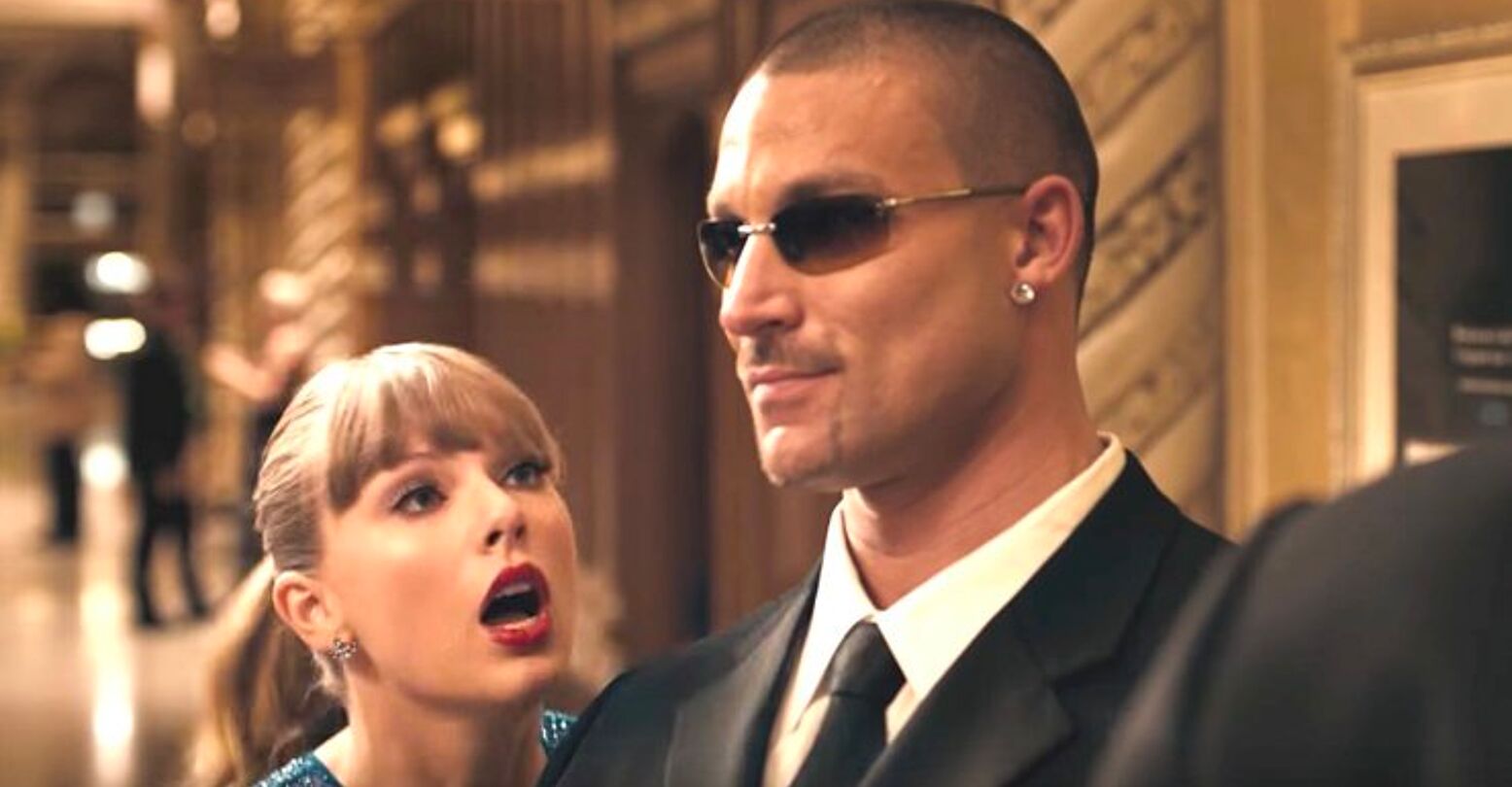 Taylor Swift has long been known for both her real life boyfriends and sultry video boys. From the time she passed notes to Lucas Till in “You Belong with Me,” to when she went full-on crazy over Sean O’Pry in “Blank Space,” to when she appeared to rip off Beyoncé with Todrick Hall in “Look What You Made Me Do,” she sure knows how to pick ‘em.

But in her latest video for “Delicate,” gay fans noticed a very subtle detail that they’re living for. This time, it had nothing to do with the Illuminati or her feud with Katy Perry. It actually has to do with one of her four bodyguards, who may look familiar to some select followers.

Watch Falk lay his highly-coveted body on the line for Swift in the video for “Delicate” below.