Ever felt an unwanted hand trying to cup your butt as you wait for the barman to notice your kind smile, or trying to slip a digit down the back of your pants on the dancefloor? That’s ol’ Tentacruel, using his ooze ability to creep out everyone in the area with his total disregard for personal space and consent. Starting life as the clueless Tentacool, he evolves into the far-sleazier Tentacruel after everybody feels too awkward to tell him that his gropey behavior is not ok. The only way to deal with Tentacruel is a very public dressing down over his uninvited touching. Though a drink over the head can sometimes prove almost as effective.

We all know a Jigglypuff. They’re the star of their own show, and the rest of us are merely the dowdy viewers. In their mind, Jigglypuff is the best singer on the planet and will demonstrate this fact at any given moment – whether you want them to or not. Usually found lurking around cabaret bars, karaoke machines, and The Voice auditions, they take any opportunity to belt out numbers like “Seasons of Love” from Rent or Beyonce’s “Listen”. Sadly, although Jigglypuff is a cute little blue-eyed Bel Ami twinky thing, they are Kardashian-level overexposed. Their repeated attempts to hog the limelight now induce extreme boredom, meaning their crooning has the power to put most people to sleep. Or at least invoke total disinterest. Sorry, babe. 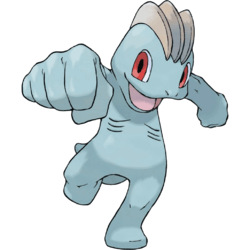 Remember your first day at the gym? You rolled up with your brand new gym bag, ES collection shorts, water bottle, and yoga mat and looked upon the vast range of man mountains pumping iron. And then you looked at yourself in the mirror. You were Machop. We have all been Machop.

However, if you managed to steel yourself, stay disciplined, and WERQ hard at the gym, chances are you evolved into Machoke. Strong, lean, muscular, and a total show-off. Ah well, you earned it honey. If you didn’t tough it out at the gym, you probably know and hate a Machoke. Fit bastards.

Petite blonde pequeño Pikachu is queen of the temper tantrum. When their daddy (paternal and/or sugar) refuses to fork out the cash for that shiny new Poké Ball, you better batten down the hatches. Pika’s fit of pique is unlike any you’ve seen before. What once looked like an innocent ball of flip-flop-fuck-fun is now a REAL pocket monster. Friends, sales assistants, waiters, and even family members don’t stand a chance against the explosive scenes this bombshell can create. Best to keep them happy with a monthly allowance, daddy.

Clefairy came out a lot later than you. Once an unhappily-married blue-collar worker, he took the bold step to live his truth later in life. Sweet, friendly, and a little bit naïve, everybody has a soft spot for him. The fact that he has an awesome apartment with a fully stocked bar doesn’t hurt either. Known for his retreats to the mountains, Clefairy will even take you to Aspen for a skiing weekend. Just don’t mess him around on him. He’s got a good heart.

Classic butch queen in drag for the first time. And she’s clearly had a couple of Appletinis to help her work up the courage…

Here come the fashion queens. Cute-as-a-button pup Eevee has got big dreams of making it in the design world, so he heads to the big (Cerulean) city to start an unpaid internship at DKNY. Fast-forward four years and Eevee is still broke, still living in a tiny apartment and still interning. But boy, has he evolved… well, evolved his look. And don’t call him Eevee anymore, thanks. It’s Vaporeon.

Until the seapunk trend is over and then it’s Jolteon.

How appropriate. Look for him doing the guest list at an undergrad fashion show and adding “tastemaker” to his Insta bio any day now. Gurrrrrrl.

Yes, we know he’s a trainer and not a Pokemon. But he’s SO HOT. And he has a huge, rock hard creature in his Pokeball, Onix. So if you want to get precious, Onix is pretty much as gay as it gets. But our hearts belong to Brock. Thattan, those squinty little eyes, that voice… Brock our world. Oh, and this little treat….

That is one lucky tree…thing.

Okay, so even though these two aren’t technically Pokemon either, they’re camp-as-hell bumbling Poke-villains. But do you wanna try telling usthat they aren’t the ultimate fag and hag pairing? They have matching outfits, they get their hair dyed together, they even have their own rhymes and slogans. Jessie probably had a crush on James through grade school and James probably told his mother Jessie was his girlfriend in college. But it all worked out for the best and now they’re roommates. They’ve even got a cat together, for Christ’s sake. Meowth! That’s right!