I was skeptical as I arrived at the central London hotel hosting a preview party for E!’s The Bi Life last week. Joined in a small room by other grassroots activists from the London bisexual community, we discussed our worries. A dating show? Surely it would just propagate the stereotype that bisexuals are all cheaters and sluts? Post viewing, we all felt very differently.

The Bi Life has more of a Great British Bake Off vibe than one of Love Island or The Bachelor. The cast isn’t competing to couple up with each other; in fact, they’re not competing at all. The premise is simple: several single bi people spending a summer in Barcelona, going on dates, and partying with the host, Courtney Act. It feels like watching a group of friends, who all happen to be bi, on a summer holiday. With the current climate of struggles surrounding LGBTQ lives and rights, it was a sun-bleached dream that I was all too happy to let wash over me.

The Bi Life isn’t a show for straight people. It isn’t even a show for gay people. For what might be the first time, this is a show for us bisexuals. There are explainers about what it’s like to be bi, but these take place between the bi/pan cast members with the foundational knowledge that bisexuality undoubtedly exists, and is a normal, valid way of experiencing attraction. Watching bi people discuss their lives without having to justify them first was completely refreshing. 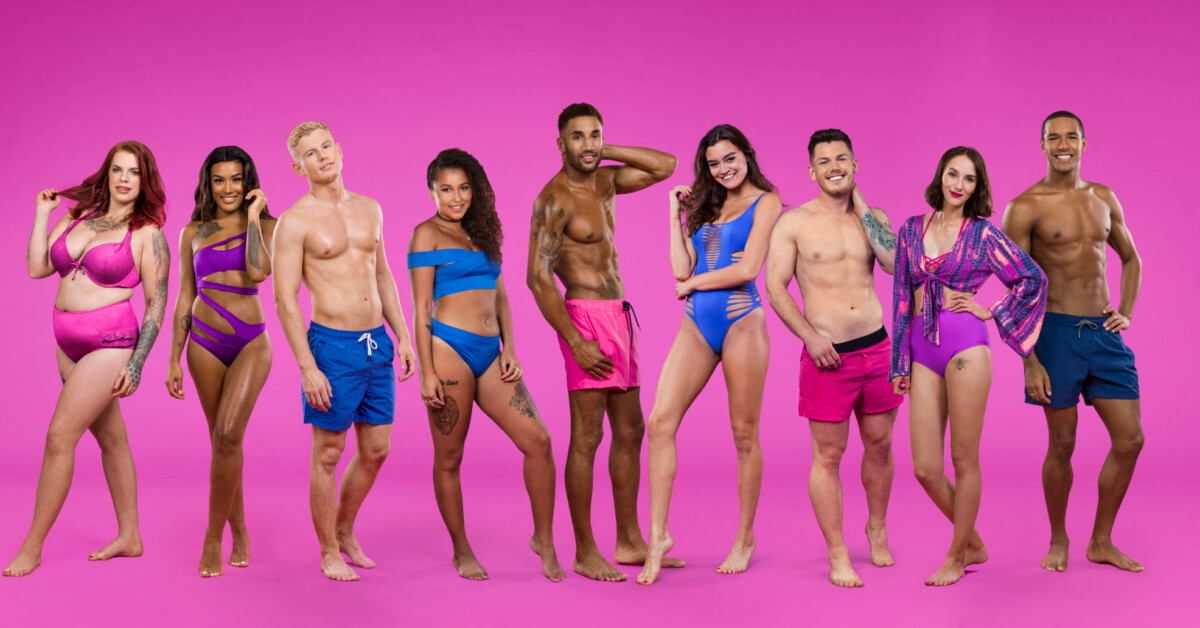 Nothing the cast says is particularly groundbreaking — they talk about the struggles of coming out, the ways gay and straight people react to bisexuality, their differing types of attraction. At least, none of this would be groundbreaking if people had been listening to the bi community for the past four decades. But they haven’t.

That’s what makes The Bi Life so special: It may have found the right formula at the right time to suddenly turn a spotlight on the bi community. The first episode has already received a wave of positive feedback from bi viewers and LGBTQ media alike. If networks see shows like this doing well, hopefully they will continue to pick them up. More programmes, articles, etc. that don’t spend time discussing if bisexuality is real and can focus instead on the harmful stereotypes and prejudices bi people face, and the real world impact they have on our lives. Impacts like higher rates of sexual violence, mental illness, and poverty, when compared to gay and straight people.

It would have been easy for The Bi Life to have furthered the tired stereotypes that hound bisexual representation. The Bi Life’s ancestor, A Shot At Love, certainly did. The show, which first aired on VH1 in 2007 and was hosted by bisexual social media-ite Tila Tequila, used Tequila’s bisexuality as an excuse to make impossibly-femme lesbians compete with cookie-cutter quarterbacks for her affection.

Let me be clear: bi women should feel confident and free to be as promiscuous and sexual as they want without fear of harassment or being told that they are bad bisexuals. There are no bad bisexuals. But there is bad bisexual representation, and a woman in a bikini choosing between cages of men or women dancing naked with each other was not good representation at a time when bisexuality barely existed on TV or in mainstream discourse. Reading reviews of the show published at the time sent me wheeling back to secondary school, and the taunts of being called attention-seeking, indecisive, and slutty.

Representation for bisexual people is definitely improving. GLAAD’s most recent “Where We Are On TV” report shows that there have been more LGBTQ characters on our small screens in 2018 than ever before. In total, there were 117 bisexual/pan/fluid characters on TV, making up 23% of all LGBT+ representation. One character of note is the leading lady of Channel 4’s (UK) The Bisexual. Two shows airing at the same time with the word bi/bisexual in the title feels like a revolution. News outlets, radio shows, and magazines are all discussing bisexual lives and experiences with an empathy that I haven’t seen in my 10 years of being out.

There is still a long way to go in terms of bisexual representation and there are certainly areas The Bi Life could improve upon. For starters, although Courtney Act is careful to explain that bi people are or can be attracted to people of all genders in her explainers, the show uses binary language and all the cast are cisgender.

Despite its imperfections, I think The Bi Life will do more good than harm. Watching the singletons head out on dates with people of similar genders as easily as they do with people of different genders is an important step in normalizing bisexuality. As 20-gay-teen draws to a close, I can’t wait to see what 20-bi-teen has in store. I hope The Bi Life is just the beginning.