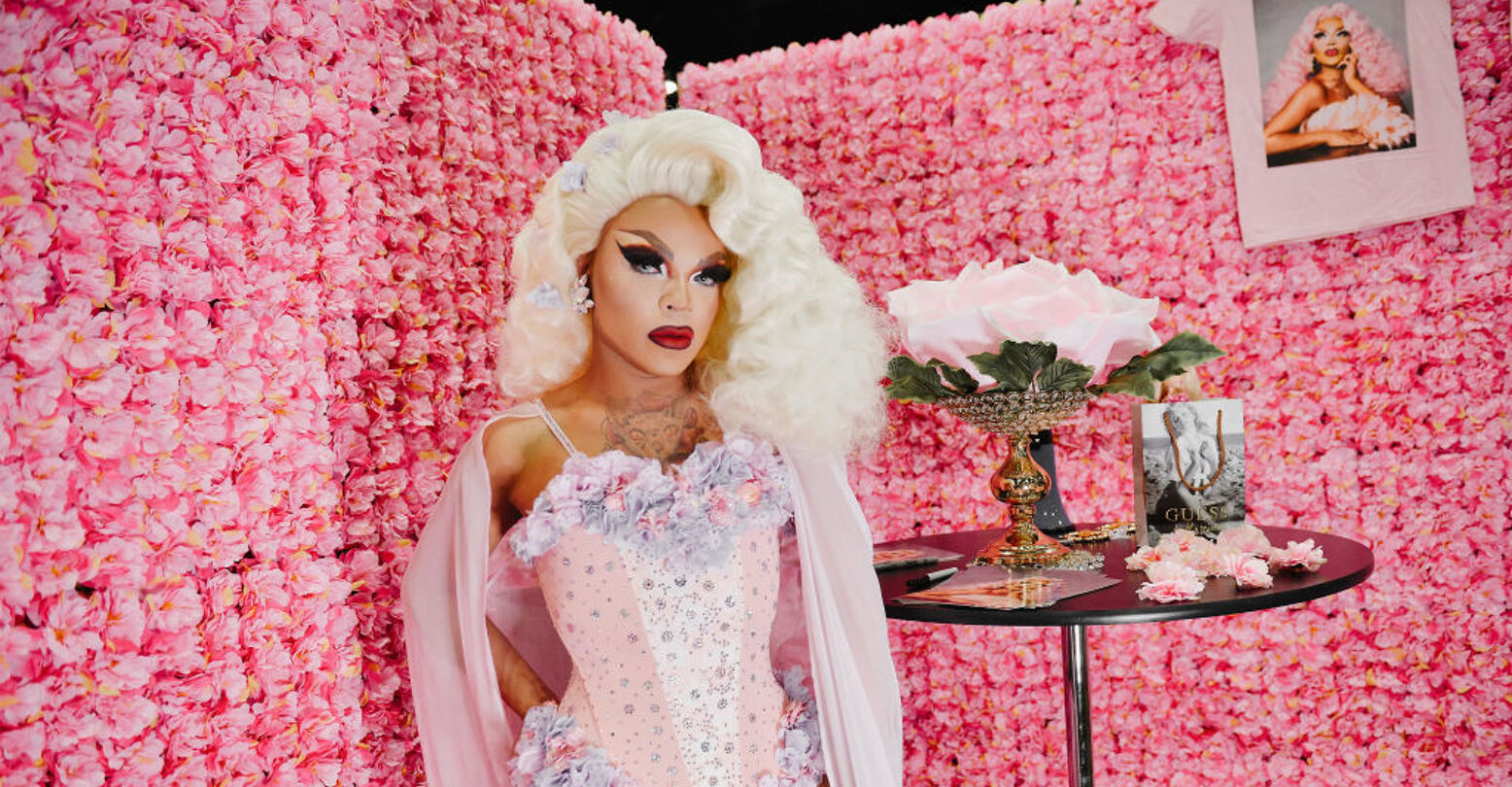 In Season 10’s 60-minute Drag Race premiere, Vanessa Vanjie Mateo is only on screen for about six minutes, counting generously. It’s not a lot considering that time includes a full critique and lip sync. But she didn’t even need the full episode to make her mark in the world of drag. She only needed about 14 seconds.

The now infamous clip of Mateo sashaying away and calling out her own name “Miss Vanjie!” three times took the internet by storm almost instantaneously. Social media was inundated with thousands of tweets, gifs, and memes (not to mention men and women shouting “Miss Vanjie!” at gay bars across the country). It took about as long as her 14-second moment to catapult her swan song to a full blown trending topic. But why? What exactly is so compelling about this Vanjie mantra?

You might pass over Mateo and her shining moment thinking it’s just a random internet lightning strike, a meme that built its own hype as it grew. But keep this in mind: Mateo and her eponymous exit have been referenced on all but one episode of Season 10. How many times have Kalorie or Yuhua been mentioned since their departure? Or even Mayhem Miller, who won the first maxi-challenge? How many queens have made Ru bust like “Miss Vanjie” has, on this or any season? These episodes were filmed before she became a meme, which means her Season 10 judges and sisters were just as shook back then as we were when the episode aired.

How did she do it? No queen in Drag Race history has made such an impact in one episode or dare I say, even in two or three episodes. This was no accident, America. Mateo has been watching and digesting for 12 seasons now, and she understands that winning is not necessarily the path to success. She took all the fundamentals of drag that Ru has been beating into the girls over the years, and expertly crafted the most quintessentially Drag Race moment in Drag Race herstory, boiling down drag into three necessary elements: 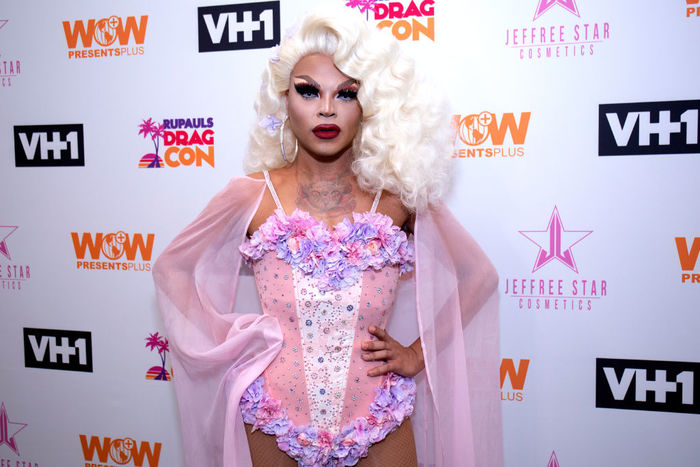 Drag is, at its core, a performance, and all performances require commitment. The judges are quick to punish girls who show any hesitation on stage. Look no further back than the Michelle Visage roast of Season 9 for a prime example. The queens who struggled, namely bottom three Alexis Michelle, Farrah Moan, and Trinity Taylor, had the same core problem: they couldn’t commit to their bit. Meanwhile, even serious intellectual queen Sasha Velour stuck to her analytical identity, which ended up serving her well comedically and placing her in the top. “You go hard or go home,” Michelle often tells the girls, a simple platitude that rings truer on Drag Race than probably anywhere else.

If Mateo had wavered even slightly during her sashay away, the moment would lose all its power. She knew what she was about to do was out there was risky, but that’s what succeeds in this industry. If you don’t go there, you don’t stand out at all, and standing out is everything.

In one of the many times Ru has cracked up recalling Mateo’s exit, she expertly pointed out: “It’s the way she moved as she said it, too.” It’s the entire performance. It’s the way she raised her arms, it’s her slow, deliberate sashay. If she hadn’t committed so confidently, the moment may have passed by without much notice.

Anyone who’s seen half an episode of RuPaul’s Drag Race knows that mama Ru loves a good pun. RuPaul is a smart queen and a smart comedian, but she knows that the best comedy makes us laugh hard, instantly. Drag is not a understated thing, and when queens attempt too much subtlety and layering, the message is often muddled and overly complex.

Miz Cracker’s faithful performance as Dorothy Parker in Season 10’s Snatch Game is proof that the smarter joke doesn’t always equal the biggest laugh. I have a lot of respect for her for paying homage to her comedy icon, and it was certainly not a bad performance, but as Ru says, “It’s the kind of humor that receivers have to think about, it’s not like haw haw haw.” Clever as Cracker may be, backhanded compliments and lengthy punchlines don’t get the same reaction as Honey Boo Boo saying “weiner” and drawing all over her face.

After their eliminations, you can tell some queens think too hard about what their last words in the spotlight are going to be. These often end up being too contextual to be meme-worthy (“I do declare, I am the Blair St. Clair and I’m coming out”) or too vague open-ended to be memorable (Nina Bo-Nina Brown’s well-delivered “Sue me”). “Miss Vanjie” does what all successful memes do: it conveys a very specific feeling that, at the same time, is kind of a blank slate. It can be (and has been) applied to endless situations.

Without a doubt, branding is the most important element of a successful Drag Race queen. There is probably nobody on this earth who thinks more about branding and achieves it successfully than RuPaul Charles. How many Ru-isms appear in a single episode? Ten? Thirty? Too many to count, and yet each of them holds such a specific meaning to fans of the show. When heard out of context, they instantly bring to mind the mother supreme.

Over the years, the queens have learned to establish their catchphrases early. A rewatch of this season’s premiere, “10s across the board,” reveals quotes from the girls that will later become identifiable catchphrases Monique’s “Ooh Ah Ah sensation” and Dusty Ray Bottoms’ “Neva Lavd Yah” for example.

Mateo achieved the ultimate in branding: she’s turned her own name into a catchphrase. Other Drag Race quotes may be considered more iconic than Mateo’s (last season’s “You look like Linda Evangelista” or “I’d like to keep it on,” for example) the queens who uttered them can be effectively severed from the quotes themselves. But there’s no severing Vanessa Vanjie Mateo from “Miss Vanjie.” Even mama Ru hasn’t been able to meme-ify her own name.

Need further proof she’s a branding savant? Mateo understands that the key to establishing catchphrases is repetition. The moment would be nothing if she hadn’t said “Miss Vanjie” three times a la “there’s no place like home.” What’s more is that Mateo says her second most iconic line, “Get these cookies, baby,” five times in just one episode. Five. Repetition, people. It works.

I had the great pleasure of seeing Mateo perform at Queen Kong, Downtown Los Angeles’ weekly drag night hosted by the Boulet Brothers at Precinct. Queen Kong is frequented by alum of both Drag Race and Dragula, the Boulet’s own sleeper hit web series, as well as a plethora of more obscure, artistic and underground drag performers. In the second act, Mateo closed the show with a special remix of Ru’s “Call Me Mother” with audio of the episode’s “Miss Vanjie” mixed in. She whipped, spun, and death dropped over every square inch of that stage. Never before has a room full of women and gay men mobeed like a fraternity at a college football game. I’m pretty sure the entire block heard us chanting. If she had told us to drink the KoolAid, girl, we would have sashayed right over to that poison punch bowl.

Mateo hasn’t just turned her first-elimination-lemon into lemonade. She’s made an entire career out of a 14-second clip. She’s performing at LA Pride along with her Season 10 sister Eureka O’Hara, but she’s listed two entire lines of acts higher than her. But only time will tell if she can live up to the name. After all, we know “Miss Vanjie,” but do we really know Vanessa Mateo as a queen? As a human being?

Mateo claims in an interview with Vulture that the moment was unplanned: “I just said, ‘Girl, fuck it. You might as well just start screaming bloody murder and scream ‘‘Miss Vanjie.’” To that I say: Nice try, queen. I know charisma, uniqueness, nerve and talent when I see it. And I’ll be there in West Hollywood in June, chanting your name amongst your new legion of fans. Get those cookies (and coins) baby!