Imagine what could have been if Kevyn Aucoin were still documenting his dream life as a celebrity makeup artist. Would the legendary artist be snapping selfies with one of his career canvases, Cher? How many more voicemails from Liza Minnelli would there be? Of the contemporary divas, who, today, might have been his Instagram muses?

But Aucoin died tragically on May 7, 2002, at the age of 40, before social media would simplify our ability to be self-documentarians and contribute to an instant vanity that trickier-to-edit, pre-smartphone camcorders couldn’t capture quite as easily. That makes director and exec producer Lori Kaye’s moving documentary, Kevyn Aucoin: Beauty & The Beast In Me, all the more special, as viewers are flies on the wall to found-footage of intimate videos Kaye has masterfully strung together to share Aucoin’s timeless and emotionally resonant narrative. The documentary premieres at 9 p.m. Sept. 14 on Logo.

From his adoption to his rough coming-of-age as a gay kid bullied in rural Louisiana in the ’60s and then his rise – he worked on hundreds of cover shoots for Allure, Vogue and Vanity Fair with stars such as Cher, Janet Jackson, Whitney Houston, Tina Turner, and many more – and fall, when his life was cut short due to acetaminophen toxicity caused by prescription painkillers, “this is the way he would’ve wanted his story told,” Kaye says. “There’d be times I’d be looking at the videos and he’d say, ‘We’re going out to this club,’ or ‘We’re going to come back and we’ll see you when we get back,’ and I’m like, ‘Who are you talking to?'”

Now, it seems, the answer is clear: anyone who would listen. 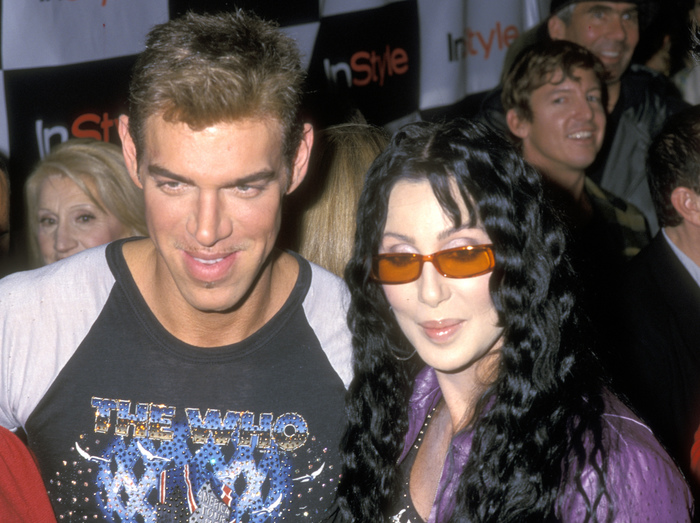 I imagine making this movie was like peeling back an onion. There are many layers of Kevyn’s story to explore, which you have. When did those layers start to reveal themselves to you?

I knew Kevyn when he was alive. I met him while I was doing a documentary TV series about people in fashion, and I spent a good deal of time with him. As a gay woman, I certainly was moved and connected to his story of being bullied as a kid growing up in the deep South. As soon as I heard that he had passed, I was like, “I have to find a way to share Kevyn’s story.”
And it was like peeling back the onion. The story of his life was so multi-layered. Over a period of years, in talking to many people who knew him – people who worked with him, his family, his friends and his ex-lovers – it all began to reveal itself. But the thing that certainly helped to solidify the direction that I would take was the footage.

How did the footage land in your lap?

I had heard that the footage existed and heard that it was some place in a storage closet and got my hands on what I had heard about. There were hundreds of tapes: Hi8 tapes, little DVD tapes, those tiny answering machine tapes. They were randomly and haphazardly labeled, like “Liza” and “Disney World.” 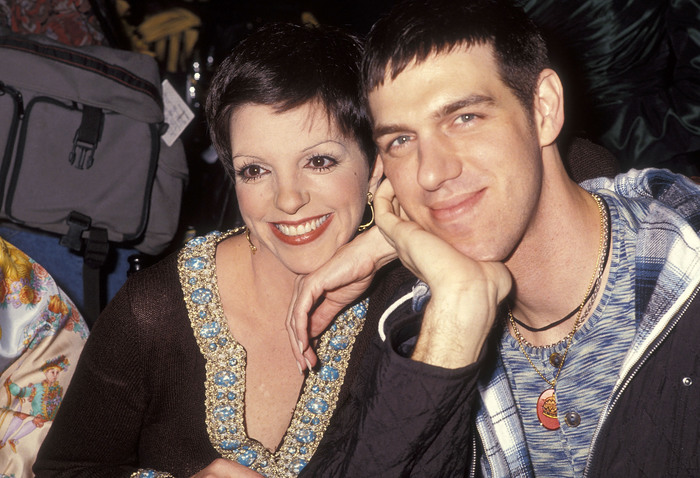 What did you want to capture with the footage we see in the doc?

It all just speaks to Kevyn’s story. I think what really blew me away was seeing the footage of him seeing his birth mother for the first time. I had no idea what I was about to see. All I knew was I was looking at Kevyn looking at a plane, going to Shreveport and I’m like, “Where are you going? Why are you going there?” That was such a huge part of his story and that helped me to know how to put it all together.

Then there’s Kevyn’s adoptive parents, who left the church in solidarity and support of their gay son. I couldn’t help but think his adoption was meant to be. Beyond the fact that his birth mother was 15 when she had him and admits she wouldn’t have been able to properly care for him, she says that her devout religious beliefs would’ve given her no choice but to condemn his homosexuality.

You’re getting that clearly. If Kevyn hadn’t grown up exactly as he did, he wouldn’t have been Kevyn Aucoin, one of the greatest makeup artists of all time. Those things that happen that in some ways we might think are tragic or negative really helped to make him who he was.

And his story, as bittersweet as it is, ends up feeling hopeful.

True. In terms of his legacy and what he’s left us with – I was hoping that he would inspire us. There are still so many gay kids growing up throughout our country who are dealing with the very same things that Kevyn dealt with as a kid, and we’ve come a long, long way, but it’s just shocking that so many gay kids are still going through those very same things. And look, if a gay kid can see this and be inspired and know that you can follow your dreams, that is super meaningful to me. I think it would be to Kevyn too.

I think it would have been, because he did a lot of LGBT outreach. And he had the support of the famous ladies he did makeup for, including Liza.

When I saw the footage (of them), that was really insane to me. I saw them initially just on camera, which was one tape, but then a completely different tape was he and Liza at the Hetrick-Martin Institute at the Harvey Milk High School and I was like, “Oh my god, that’s what they were doing.”

Your interview with Whitney Houston’s rumored romantic partner, Robyn Crawford, was really unexpected because I don’t know the last time I saw her on camera talking about Whitney. Why was it important for you to include her in the documentary?

Initially, I wanted someone to help contextualize Kevyn’s relationship with Whitney, especially because the footage is just so phenomenal. So here I am looking at this footage of them on set and in the trailers hanging out, and who could speak to that? The only person I could think of was Robyn.
And yes, Robyn is enormously reclusive and she does not give interviews. I was very fortunate and humbled to get her. She loved Kevyn and Whitney loved Kevyn, and that emotional connection to him was what made every person sit down and do these interviews. But when I found out about Robyn having two adopted children, it was so enormously meaningful and a deeper connection. It added yet another layer to why she’s there.

How did you familiarize yourself with Robyn before putting her on camera?

Phone calls. Many of them, during which we talked about not just Kevyn but who we are.

The doc features the audio from an answering machine message Liza left Kevyn: “Hi, it’s Liza… as in Minnelli.” How did you react when you first heard that voicemail?

The first time I heard it and she left the phone number I immediately dialed that number to see if Liza would pick up. (Laughs)

And it was, unfortunately, disconnected. I have done that with every phone number that might be on that answering machine.

Did you get through to anyone?

No one! (Laughs) Not a single person! There were certainly a few more messages from Liza, and it’s crazy to be able to hear Liza, but it’s also so super intimate. I would be watching and listening and I would feel like a voyeur. But if you have a tape from Liza Minnelli, you’re not gonna turn it off.

What footage was difficult to part with when it came time to edit the film?

There was some footage of Kevyn, his mom, his nieces and (his partner) Jeremy (Antunes) in Hawaii driving down the road and singing along to Tina Turner’s “Simply the Best.” It’s just magical because you feel the joy. 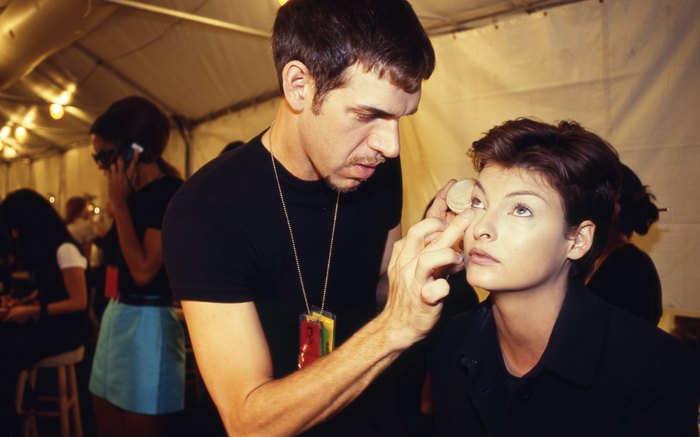 Do you think his profession was ultimately the thing that saved him from himself but also led to his decline? There’s this heartbreaking undercurrent to his story, because as much as he cared for others, he couldn’t quite care for himself in the same way.

Very much so. One of the major themes was his need for love. I think his entire life was, in many ways, a quest for love. It was all around him, but he just couldn’t feel it, he couldn’t let it in. So, it was this constant quest for something that, for some reason, deep inside him he couldn’t feel. His artistic gift and his career and what he did was completely intertwined with who he was, and I do think because of his disease (a year before his death, Aucoin was diagnosed with a rare pituitary tumor and suffered from acromegaly resulting from the tumor) and because of the pain that he was in and the problems he had with pain medication, that all played against his career at a certain point. That hurt him. And it was deeply painful to him when people didn’t book him.

But I think Kevyn achieved all of his dreams and all of his goals. He brought beauty to everybody around him, but he just couldn’t see the beauty in himself. In some ways, his story played out the way that his story had to play out. I think about him all the time and say (sighs), “Gosh, what could’ve happened differently that would’ve allowed you to be here with us?” How could he have been saved? And what would he have evolved into? It is constantly something that is on my mind.

And there are no answers, which I imagine is a struggle for you.

It’s impossible to know. I often ask myself what made him shoot all the footage. Was he like an Andy Warhol in that his life was his art and this was part of it? I do think it was some part of it and I also think he couldn’t believe where he had come to (in his life). He couldn’t believe where he was, and so he needed to document that to make sure. The only thing we have is what he left us with: his art, his books, the amazing images, these glorious faces, these beautiful covers, the makeup, the style. And this footage. The footage is his legacy. 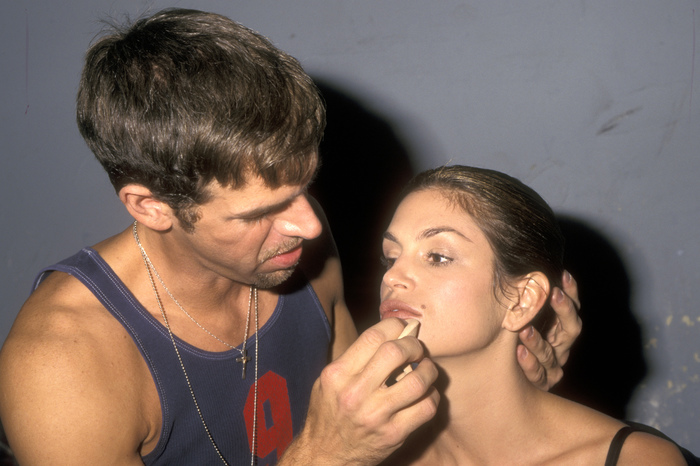