2017 was such a crucial year for queer women to break through the mold and tropes that have held them captive for decades. With LGBTQ rights under attack every day in America, it can be hard to stay positive. Sometimes the only thing that makes me feel optimistic is the groundbreaking queer female stories gracing our TV screensand computers and phones and tablets.

This coming year, GLAAD estimated that 6.4 percent of regular series characters expected to appear on primetime scripted TV. While it’s still a disappointingly low number, it’s a step in the right direction, and 2017 was packed with beautiful moments from queer women of all different backgrounds.

Here are the best queer female moments on TV this year.

Rosa Comes out as Bisexual on “Brooklyn Nine-Nine”

Bisexuality is often flirted with in queer female stories, but scarcely ever labeled, and while sexual fluidity and pansexual identities are inarguably super important, women who identify as bisexual were thrilled to see themselves represented on screen. Just this month, fan favorite Detective Rosa Diaz (played by bisexual actress Stephanie Beatriz) had a revelatory moment when she came out as bisexual on Brooklyn Nine-Nine. How are you ever going to appreciate, I don’t know, the color blue if you’ve never ever seen it?” Beatriz said in an interview with EW you’re just going to be terrified of this weird thingthere’s this weird mix of green and yellow, and you don’t understand it at all.”

Now a legendary GIF in lesbian folklore, Gal Gadot and Kate McKinnon exchanged a steamy smooch on Saturday Night Live in October. In a sketch titled “Themyscira,” McKinnon and Aidy Bryant play two shipwrecked lesbians who wash up on the shores of Themyscira and immediately ask what every queer woman pondered after watching Wonder Woman: how many Amazons are gay? Gadot, dressed as Diana Prince, decides to test the waters and kiss McKinnon. Twitter reacted appropriately (and DNRs were signed).

Even though Netflix’s seven-part series Godless was testosterone-fueled, misogynistic trashlesbian kisses were had. The show was advertised as a feminist western, but was really about a blood feud between two men, shamelessly using feminism as a means for clicks and views. The queer love story between Wever’s character, Mary Agnes, and Callie, the town sex worker-turned-teacher, was the only intriguing part of the showand the only moments of respite between my sporadic fits of feminist rage. Shockinglyliterally, I was shockedMary Agnes and Callie’s story was told respectfully, and wasn’t even exploited! Normally, I’d love a sex scene, but the violent misogyny of Godless left me thrilled that we only saw a kiss between Mary Agnes and Callie. 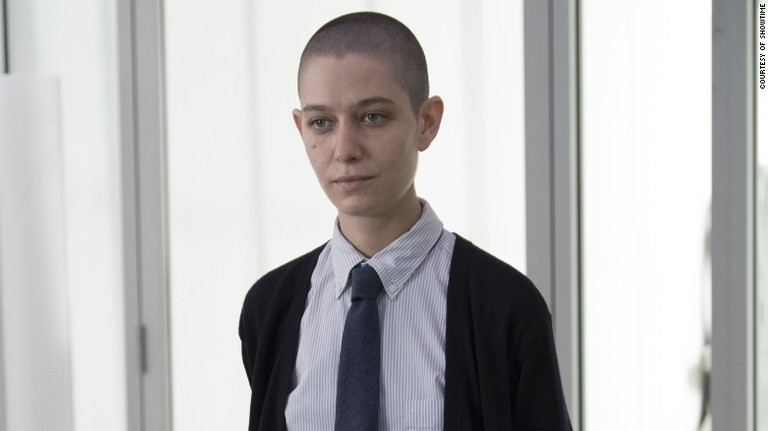 This February, Asia Kate Dillon, who uses they/them pronouns, played the first ever nonbinary character on TV in Showtime’s Billions. Asia played a whip-smart intern at Axe Capital. Dillon told The Hollywood Reporter that the writers were super respectful and inclusive when creating the character, noting if there was ever a misused pronoun, Dillon would point it out and the writers would change it immediately. It was so influential that Dillon made a major announcement at the 2017 MTV Movie Awards, where they got to proudly introduce the new gender-neutral acting categoriesthe first ever acting award free of gender distinctions.

Ali Smashes the Binary on “Transparent” 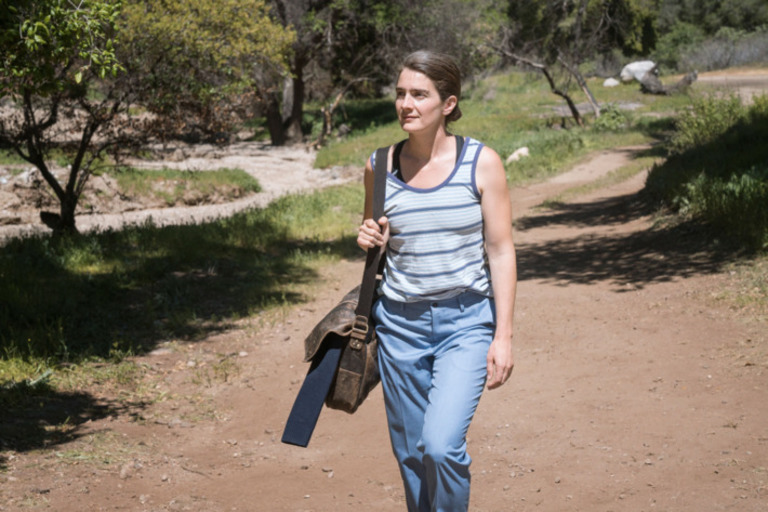 For years, Transparent has been lauded for its progressive queer storylines. While the show faced some drama this yearJeffrey Tambor may leave following accusations of sexual harassment on setthere were also some major positives in its fourth season. Ali Pfefferman, one of the three twisted siblings, began exploring a non-binary identity. Jill Soloway, the creator of Transparent, also recently started using gender-neutral pronouns, and identifies heavily with Ali. 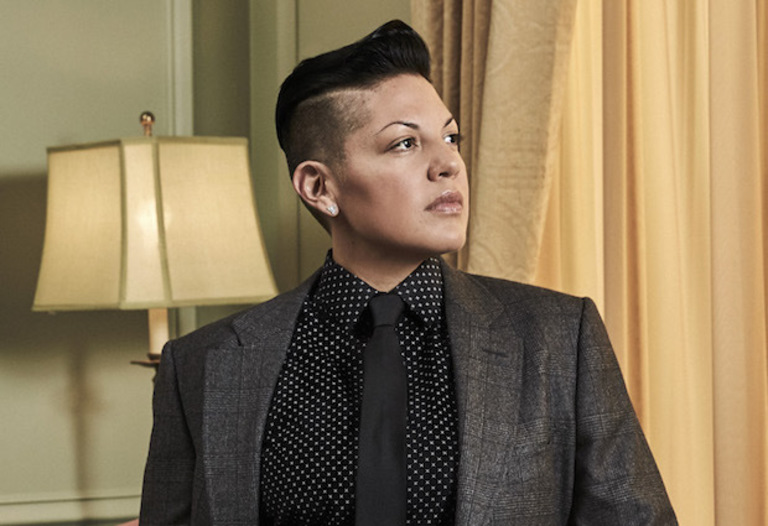 Out bisexual actress Sara Ramirez, who once played queer heartthrob Callie Torres on Grey’s Anatomy, guest starred on Madam Secretary this season in a variety of suits that left queer women shaken. Carmen Phillips of Autostraddle described each outfit in detail, hilariously dwelling on the importance of Ramirez’s pocket chain. The gayer the better! 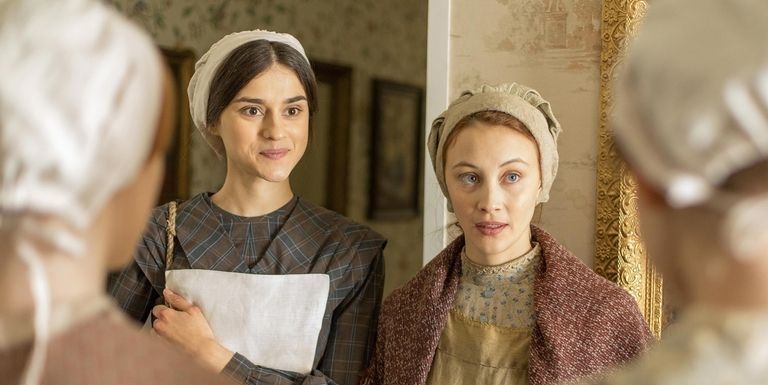 As much as I didn’t want to include an unconfirmed queer romance based solely on gay intuition and fan theories, I am gay, so I must. Netflix’s miniseries Alias Grace debuted in September and followed the true story of Grace Marks, an Irish immigrant who was accused and convicted of murder in 1843, largely due to conspiracy and public outrage. Based on the Margaret Atwood novel by the same name, Alias Grace tracks Grace as she obsesses over her best friend Mary Whitney. Grace is nothing short of head-over-heels in love with Mary, and her fury over Mary’s unjust death fuels the eventual murder in question. While it was never actually vocalized, we can assume that Grace wanted to be more than “gal pals.”

Season 3 of “Supergirl” is Super Gay 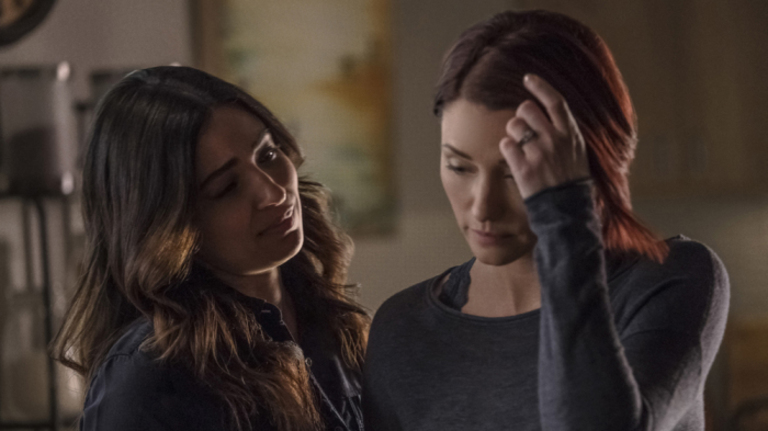 Supergirl returned to The CW for its third season, and boy was it heartbreaking. Alex Danvers, the resident lesbian character on the show, had a passionate romance with Maggie Sawyer that kept Tumblr lesbians busy GIF-ing for months. Unfortunately, that romance ended because Alex wanted kids and Maggie didn’t. So, Maggie packs her bags and leavesbut it actually ends on good terms. And there’s breakup sex. This relationship was a rollercoaster, but it was probably 2017’s most shippable queer female romance.

This year, out writer/actress Lena Waithe became the first African-American woman to win the Emmy for comedy writing. She won the award for the “Thanksgiving” episode, which was based on Waithe’s own experiences of coming out as a lesbian to her family. Outside of writing and starring on Master of None, Waithe’s highly anticipated new Showtime series, The Chi, drops January 7., and the trailer shows a brief moment of two women kissing.

“One Mississippi” is Back For An Even Better Season 2

One Mississippi might be the most prestigious lesbian content available right now. Tig Notaro stars in a show she co-created with Diablo Cody (Juno), based on the former’s life. The series and tackles death, trauma, sexual assault, racism, and homophobia with immaculate grace and dexterity. It’s dark, twisted, and will leave you laughing, crying, and hovering in a morally compromised state of emotion. Plus, the queer narratives are authentically driven, given that Tig herself is gay. And if you need any more reason to watch, Tig’s romantic interest is played by her IRL wife Stephanie Allyne, and yes, sparks fly.

“The Bold Type” Is A Big Hit on Freeform

Lately, there’s so much great TV out there that some can get lost in the noisebut don’t let The Bold Type get lost. Starring Aisha Dee and Katie Stevens (AKA Karma from Faking It), The Bold Type is the paragon of intersectional feminism. While the show feels heavy handed at times, it features one of the most progressive queer female stories I’ve ever seen on television. Dee plays Kat, the passionate employee at Scarlet, a global women’s magazine (a fictionalized Cosmopolitan). Kat believes herself to be straight until she meets Adena, a queer Muslim activist who flips her world upside down. The whole show is super fun, but Kat and Adena’s love story alone is worth the watch.

In March, Scarlett Johansson hosted SNL and appeared in the “Fire Island” sketch, which spoofed a Logo reality show about gay men living on Fire Island. The sketch offered a new show, “Cherry Grove” about “a group of affluent lesbians” one beach away. It’s one of the most hilarious, true, and simultaneously inoffensive digs at queer women I’ve seen. 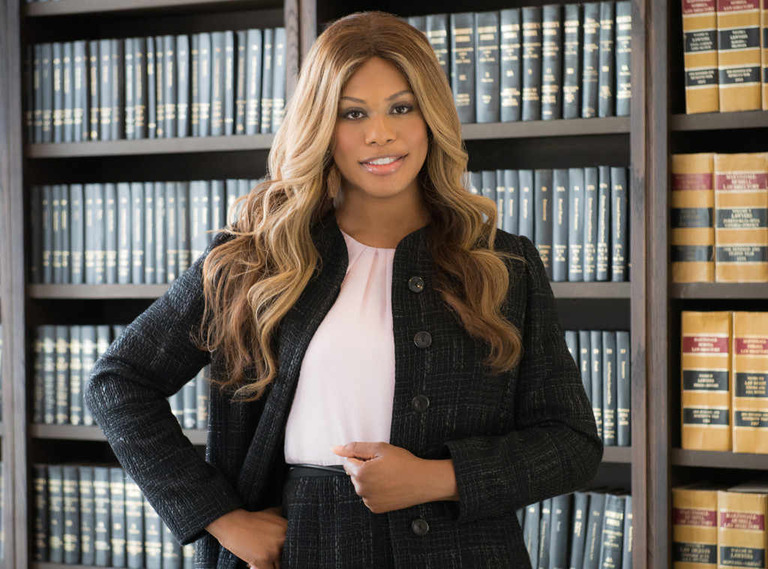 Transgender superstar Laverne Cox made history this year when she became the first transgender series regular on broadcast television. It’s maddening that it took so long to reach this milestone, but nonetheless, Cox finally broke through with her role as a lawyer on CBS’ Doubt. Laverne has been a trailblazer for transgender actors. With her standout roles on Orange is the New Black and Rocky Horror Picture Show, she has paved the way for more trans actors to follow in her footsteps.

Yara and Ellaria Kiss on “Game of Thrones”

In July, the second episode of Game of Thrones sent queer fans reelingor at least made us say, “Oh.” GoT has yet to fully explore its queer potential, and if you ask me, Khaleesi and Yara Greyjoy are moments away from realizing their destiny as Westeros’ lesbian power couple. The first season gave us some minor wlw action, and Season 7 wasn’t much better, but nonethelessYara Greyjoy and Ellaria Sand made out, which rocked. Plus, the actresses said the kiss was improvised, which means the passion was real. Yara and Ellaria are both queer and both powerful leaders, so this is a U-Haul I’m ready for.

Naomi Watts Is Obsessed With A Woman On “Gypsy”

This show from lesbian creator Lisa Rubin was cancelled faster than I was able to binge it, and it was actively bad television, but hear me out: Naomi Watts continues to make strange acting choices and typecast herself as the psycho-lesbian, a damaging LGBTQ trope, but gosh is it entertaining. In Gypsy, Watts plays a psychiatrist who becomes obsessed with her patient’s girlfriend, so she stalks her, creates a fake personality, and starts having an affair with her. The girlfriend is played by Sophie Cookson, who is super hot, and I’m just honestly so here for it for all the wrong reasons. Gypsy is the Mulholland Drive sequel no one needed but we all deserved. 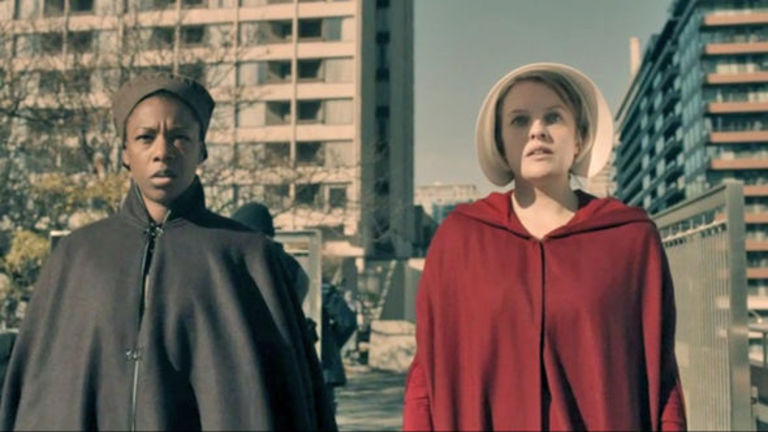 I wouldn’t exactly call this one of the “best” queer moments on TV this year, because this show is disturbing and harrowing, but nonetheless, it’s an important portrayal of queerness. Lesbian actress Samira Wiley plays Moira, a queer woman in Gilead, a world currently under theocratic, totalitarian rule. In Gilead, homosexuality is punishable by death. Alexis Bledel also plays queer, and while The Handmaid’s Tale has no “OMG I ship it” storyline, it’s a vital glance at LGBTQ life under conservative, authoritarian rule (I can’t think of anywhere like that, right now) Clea DuVall has joined the cast for Season 2, though, as Bledel’s character’s wife, so things could be looking up.

Kristen Stewart hosted SNL in February and left us quenched in every respect. Not only did she come out as “so gay,” but she also blessed us with this hilarious fake Totino’s commercial. In the sketch, Vanessa Bayer plays a housewife trying feed her “hungry guys” during a Super Bowl party. She gets distracted when her husband’s friend’s hot sister (Stewart) shows up and they have an instant connection. The sketch quickly devolves into a hyper-dramatic Blue is the Warmest Color spoof, yellow subtitles and all.

“The L Word” Gets Revived 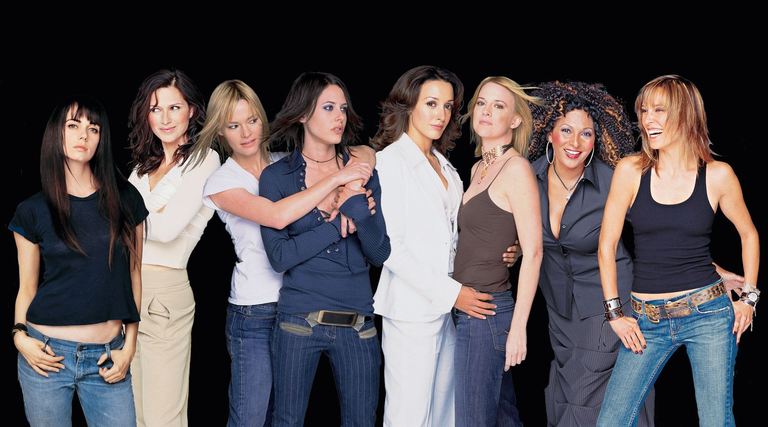 Okay, it’s not back yet, but in July of this year, queer women were reenergized by the news of The L Word reboot that’s currently in the works at Showtime. More than eight years after its final episode, the trailblazing show will return with some of original cast and the blessing of creator, Ilene Chaiken, who will be overseeing new showrunner Marja Lewis Ryan’s newly created and promised queer inclusive world. Jennifer Beals, Kate Moennig and Leisha Hailey will reprise their roles in a modernized version of the show. Still no word on if Dana will come back, although Chaiken actually teased that she might. Lesbians don’t forget, and I’m definitely still holding my Dana-fueled L Word grudge.