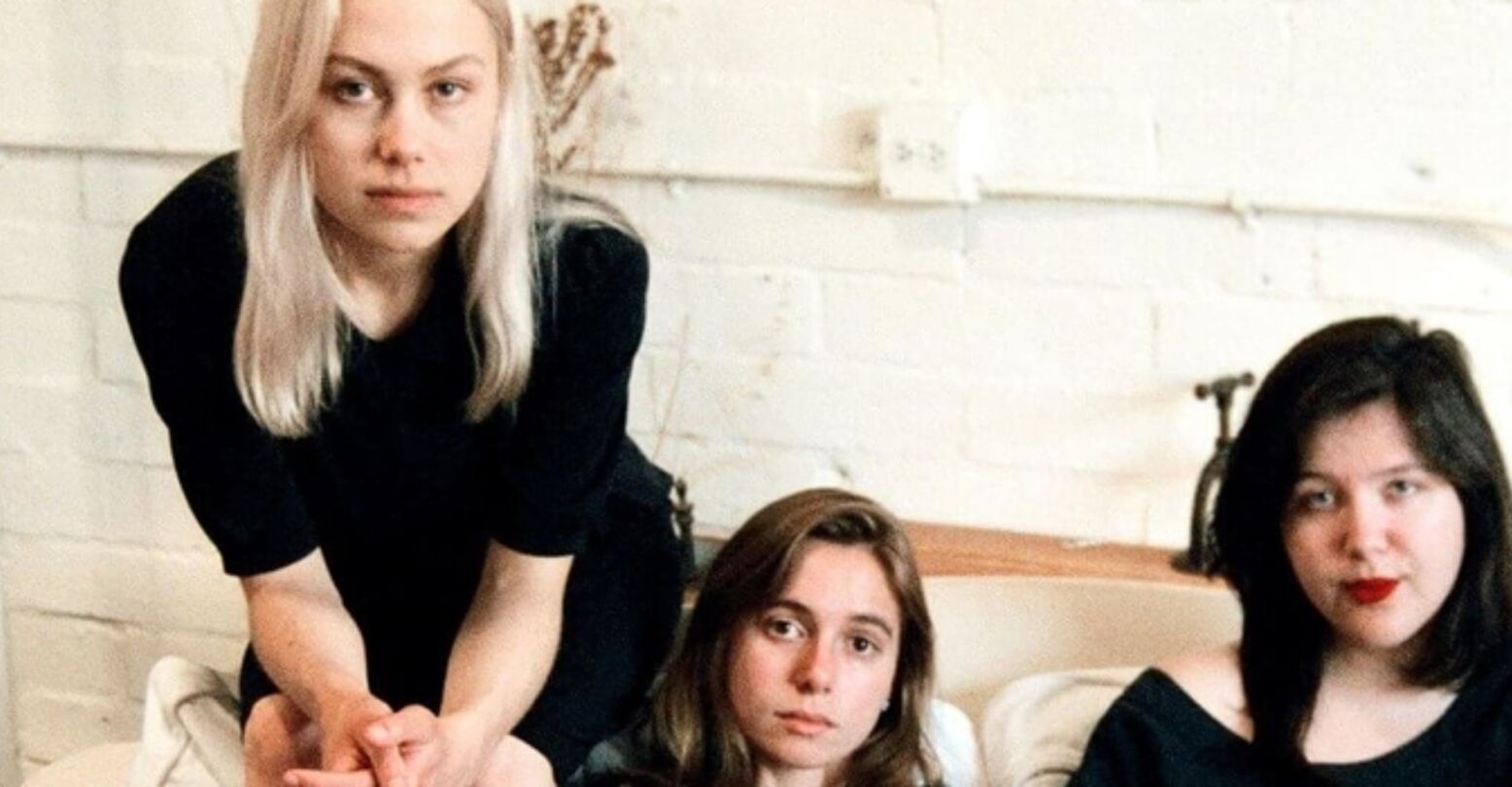 While Hayley Kiyoko was proudly yelling “20-GAY-TEEN” at the VMAs, indie rock’s newest supergroup plotted their arrival. Back on August 10th, Stereogum posted about the existence of boygenius, a group made up of indie rock darlings Lucy Dacus, Julien Baker, and Phoebe Bridgers. The day after the VMAS, the group released three fire tracks and lapped up praise from Pitchfork and Vogue. It’s earthquaking emotional indie rock that makes you start to tear up as you ponder your life.

Two out of three women in boygenius identify as queer. Julien Baker has been an out lesbian her whole career, while Lucy Dacus came out as queer this past June.

Anyone who’s paying attention to the world where indie rock and punk combine is aware that queer people are at the forefront of the most buzzed about bands. boygenius’ self-titled debut EP is out November 9th via Matador, an indie rock powerhouse label that is home to many queer musicians, including Baker and Dacus, alongside Jennifer O’Connor, Perfume Genius, and new lesbian indie star Snail Mail.

Once the land of pretentious straight bros, indie rock’s biggest bands are now full of queer people making moves without having to be closeted. Perfume Genius is a critics’ darling who performs swaggering pride songs about ruining the heterosexual family. Melina Duterte of Jay Som has songs inspired by messily waking up with her girlfriend. Lindsey Jordan, the teen genius behind Snail Mail, rejects being a token gay in the press. Annie Clark of St. Vincent dated supermodel-actress Cara Delevingne and drives indie bros crazy with her guitar skills.

These artists aren’t getting buzz simply because they’re queer: it’s because their music is the best the genre has to offer. boygenius is perhaps the most potent of all. Each artist brought a finished song and an unfinished idea to the boygenius session, so the new band has traces of each individual artist’s unique perspective that has gained them fans. “Stay Down” is the kind of dynamic song that breaks you open like only Julien Baker songs can, with Dacus and Bridges’ harmonies only sweetening the blow.

Fans of Lucy Dacus will recognize her world-weary vibe on “Bite The Hand.” These songs about heartbreak can also be applied to more political struggles. “Bite The Hand” is a song that rejects the idea of being grateful for getting a small slice of the (straight) world. “Who do you think you are? Who do you think I am?” the three singers harmonize, before continuing in a round, “I’ll bite the hand that feeds me.”

I suspect the women of boygenius didn’t set out to write explicitly queer songs, and probably don’t want to have their music pigeonholed as such. Dacus and Bridgers’ identities are a subtext, not a primary talking point, of their work. Still, their status as out queer ladies is a beacon to people everywhere looking not just for mainstream representation, but figures in the alternative world as well.

Their identity is just a point of pride for me and it should be for all of us. Queer people aren’t just taking over the pop charts and the dance clubs: we have a claim to the basement venues and punk bars as well. You can catch the members of boygenius at the tour dates below, and while they haven’t confirmed they’ll be playing anything other than their solo material together yet, I’d be surprised if boygenius doesn’t take the stage.

The boygenius EP is out 11/9 via Matador Records and is available for preorder.