Troye Sivan graced the cover of Billboard’s first ever Pride issue this month, blinding white hair, shimmering blue eyes and all. The singer-songwriter spoke to the music magazine about his upcoming album, queerness in pop music, and the intersection of both.

At just 23 years old, Sivan has already made his mark on pop music, accruing millions of young fans and carving out a space for a gay male pop star in mainstream music. Though we’ve seen out gay men in pop music before, such as Sam Smith and George Michael, the “My My My!” singer has made a choice to brazenly perform his queerness onstage, which is rare, as he well knows.

“I do feel a little bit like a guinea pig sometimes,” he told Billboard, elaborating, “That the world or the press or whatever is sort of using me and a bunch of other young people right now as education points, [like] we’re teaching the world about all of these different things.” 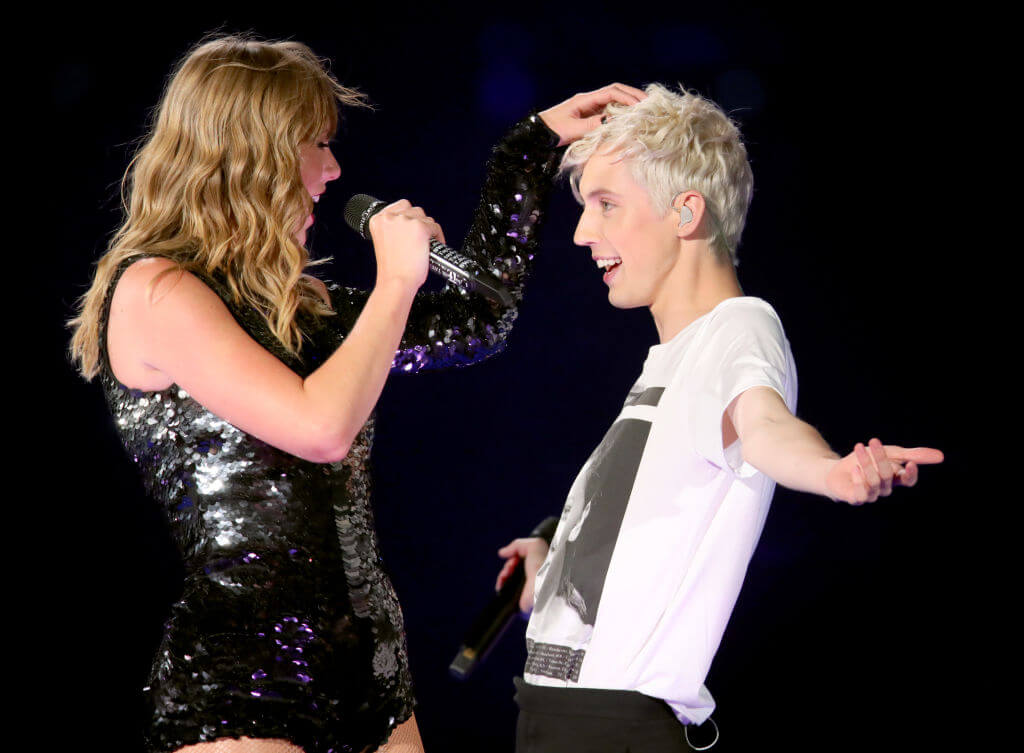 Recently, Sivan came under fire for inviting transgender singer Kim Petras on tour with him, as the pop star has worked side-by-side with Dr. Luke, despite Kesha’s allegations of sexual abuse against him. Since then, the singer apologized, claiming he didn’t know the full story, but is still open to supporting her and her work, as well as vowing to donate some of the tour’s profits to RAINN (the Rape, Abuse & Incest National Network). Now, he’s anticipating another controversy over “Seventeen,” a song on his upcoming album which discusses his complicated, maybe even illegal relationship with an older man.

“I’m worried because I don’t want to ever come across that I’m condoning that or anything like it,” he says of the relationship. “But I felt, greater than all of those worries, a responsibility to tell that true story — of the curious gay kid who puts himself in some kind of shady situation to find a connection, like all of us crave.” It’s clear the pop star craves transparency in his work, which is undoubtedly a good thing.

Still, Sivan knows he is privileged to be in his current position.

“I’m lucky enough to exist in 2018 where I have a record label that’s like, ‘Write whatever you want to write,'” he says. “I don’t have to hide anything. I’m honored to have this opportunity to write an album about my relationship, but in the process, be writing an album that I’m hoping is going to mean more, because I didn’t have albums like that growing up. Just by the nature of who I am, the idea of writing openly and not watering stuff down for a straight audience … If I’m being honest about my life then, you know, I am writing about nights like [ones in] ‘My My My!’ or ‘Bloom.’”