INTO‘s Old Gays are back for a new video, and this time, they’re watching Troye Sivan music videos for the first time.

You know who also loved these Old Gays/New Troye Sivan stans? Troye Sivan, who reposted the video on his Instagram story yesterday. 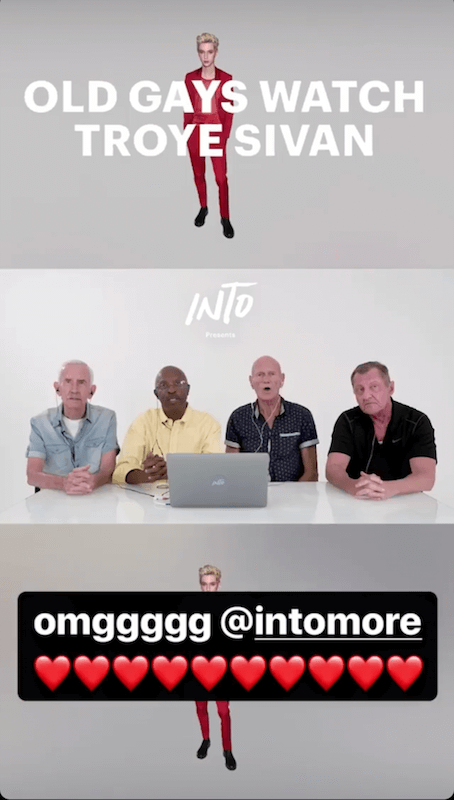 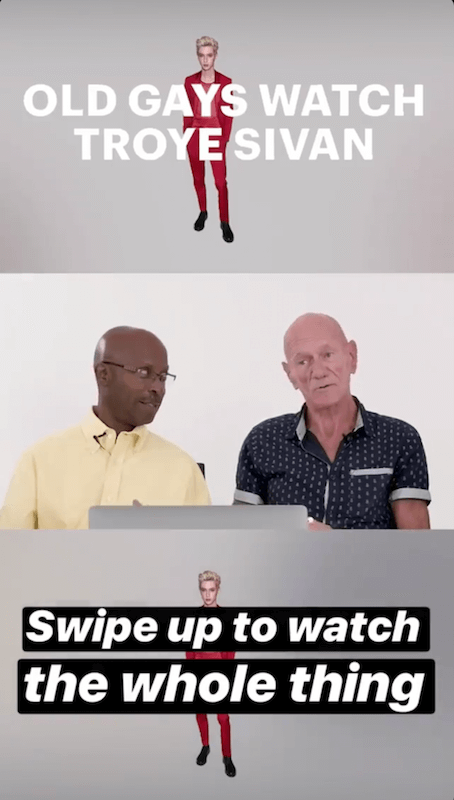 And Troye Sivan’s mama shared on her Twitter, too, sharing her love of Old Gays loving her young gay son. It’s a family affair.

Fight Back
Ugandan LGBTQ+ activist speaks out: “every day you leave your home and aren’t certain if you’ll make it back”
BY Henry Giardina