TORONTO — Troye Sivan has already dropped Bloom, one of the most anticipated albums of the year, and now he stars alongside Nicole Kidman and Lucas Hedges in one of 2018’s most anticipated films, Boy Erased. Erased centers on Hedges’ Jared, who is sent to conversion therapy when his parents find out he’s gay. There, he meets Troye Sivan’s Gary as well as several other people to whom Victor Sykes (played by the film’s writer and director Joel Edgerton) tries to evangelize the virtues of heterosexuality.

Sivan sat down with INTO at the Toronto International Film Festival to talk about what working on Boy Erased taught him about femmephobia and how it influenced the recording of his second album. 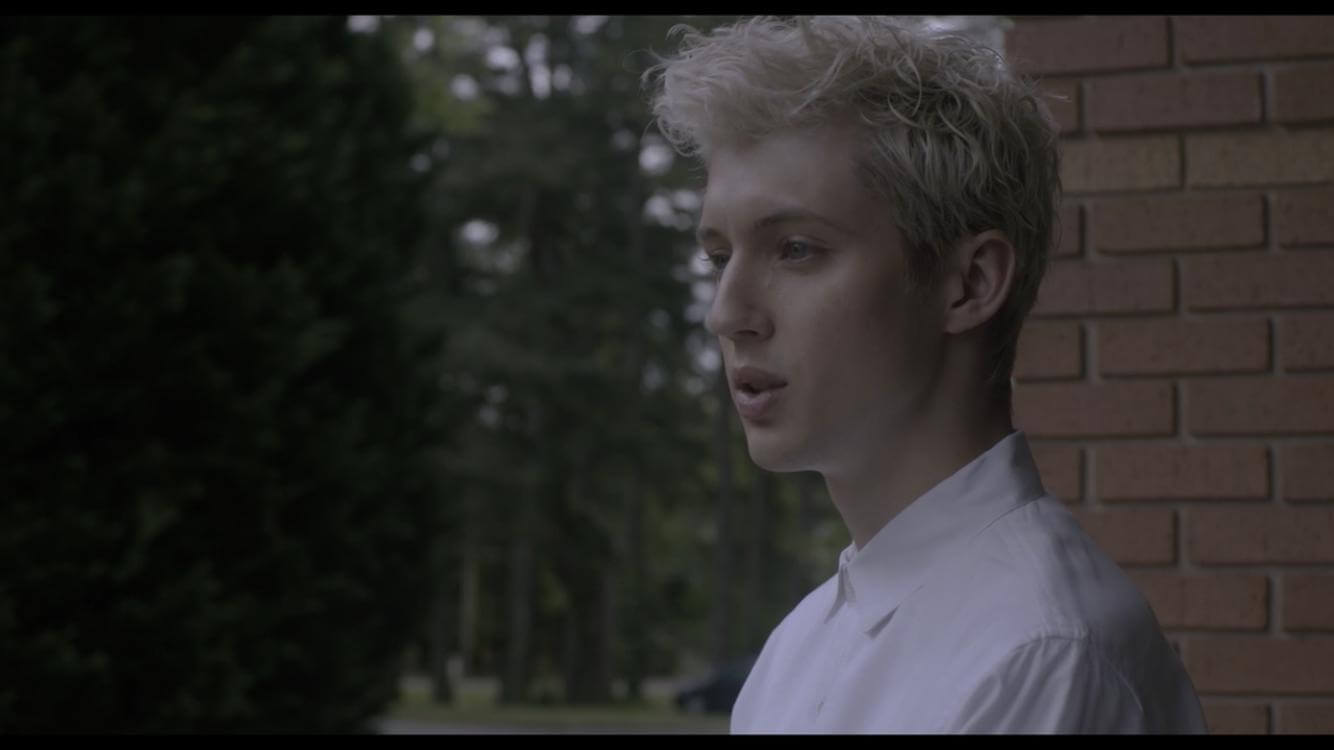 I spoke to Joel Edgerton two days ago and he said that he loved your audition video and I wanted to ask you what you put in it.

I read for a different part, actually. I read for Xavier Dolan’s part and it was a big monologue and I really took my time with it before we filmed the audition, to just find the motivation behind everything I was saying and find those beats and those moments where maybe the internal monologue in my head kind of shifted, and really map that out so that it felt natural. We went for different variations and different options and ended up with a take that I was really happy with and just sent it off and hoped for the best.

What do you think spurred your interest to be a part of Boy Erased?

It was the script. That was the first thing that I had read and I later went and read the book and started watching some documentaries on conversion therapy and just kinda doing my research. But after I read the script, I found out that Nicole was attached and Lucas was attached and Russell [Crowe] and that Joel was directing as well as writing the script. I just felt like, you know, that’s a dream crew of people to be making a movie with and I felt like they would handle it sensitively and with care.

Well, it was a very Australian production!

I know, I’m thinking about it today even like, we’re doing a Q&A today and it’s me, Joel and Nicole and we’re all Aussies. It’s awesome.

In the film, your character, Gary, is probably the least convinced that Love in Action works and you give Jared the advice — you flip the mantra, “Fake it til you make it,” on its head. You kind of play the #Resistance, so I want to know what drew you to him.

Well, when I read the script, I remember feeling so tense. The movie was so heavy for me to read and then I read that scene and I was like, “Finally, someone has some sense and is providing some kind of relief.” An alternative, you know? Because if the people you love and care about most, your family, your church, your friends, if they’re all telling you that you have to go through this program and this is the way to “fix” you and there’s something wrong with you, if you don’t have an incredibly strong sense of self, how are you supposed to push back against that? To finally have someone tell Jared like, “Just so you know, you can get out of this and there is an alternative and there’s a whole world out there of people who are going to love and accept you.”

It sent chills down my spine when I first read it and it’s something I’m constantly trying to push in my own personal life. People will ask me, “What’s your advice for young LGBT people?” and I always say, “Even when it might seem like your world is the entire world, it’s not. There are places you can go and people you can meet who are going to be completely cool with who you are and love who you are.” So to have the character represent that mantra in the movie, I was honored to bring that moment to the movie.

In a lot of ways, Gary was the most visibly queer, femme person in the room — hair dyed, nails painted — and I was thinking about how in the queer community, it’s so often the femme people who speak up, but there’s so much femmephobia in the world, they’re often pushed aside. I was wondering if you could talk about that, a little bit.

Well, first of all, for the movie, Joel and I worked together on [Gary’s] backstory and in my head, he’s kind of gone away to college and come out and found himself a boyfriend. He’s dyed his hair; he paints his nails. And he got snatched out of that environment and put in the camp, so you’ve got the rooty blonde hair that needs freshening up, that’s growing out and, I don’t know if you can see it in the movie, but I’ve got kind of chipped nail polish that’s starting to fade away and those were all sort of reminders to me of this other life that he’s lived and the other option. To me, he’s an enlightened person that’s seen the other side and knows it exists.

And then, as far as femmephobia, what’s there to even say? It’s so silly. I will say that I think I definitely had some of that internalized femmephobia from growing up in the closet and being really petrified of it. But now as a 23-year-old, I’m still on a journey of like, realizing that I feel my most powerful and my most empowered and confident when I just let myself be. If that is me strutting around in a music video wearing whatever the hell I want or if it’s me dancing a certain way in a club or whatever. Giving myself the gift of throwing away all of that pressure to be a certain way has brought me so much joy and made me a much more confident person. I think there’s great power in femininity and if you can get over all the societal stuff around you that’s telling you not to be that way, it can be a rewarding and fun experience. 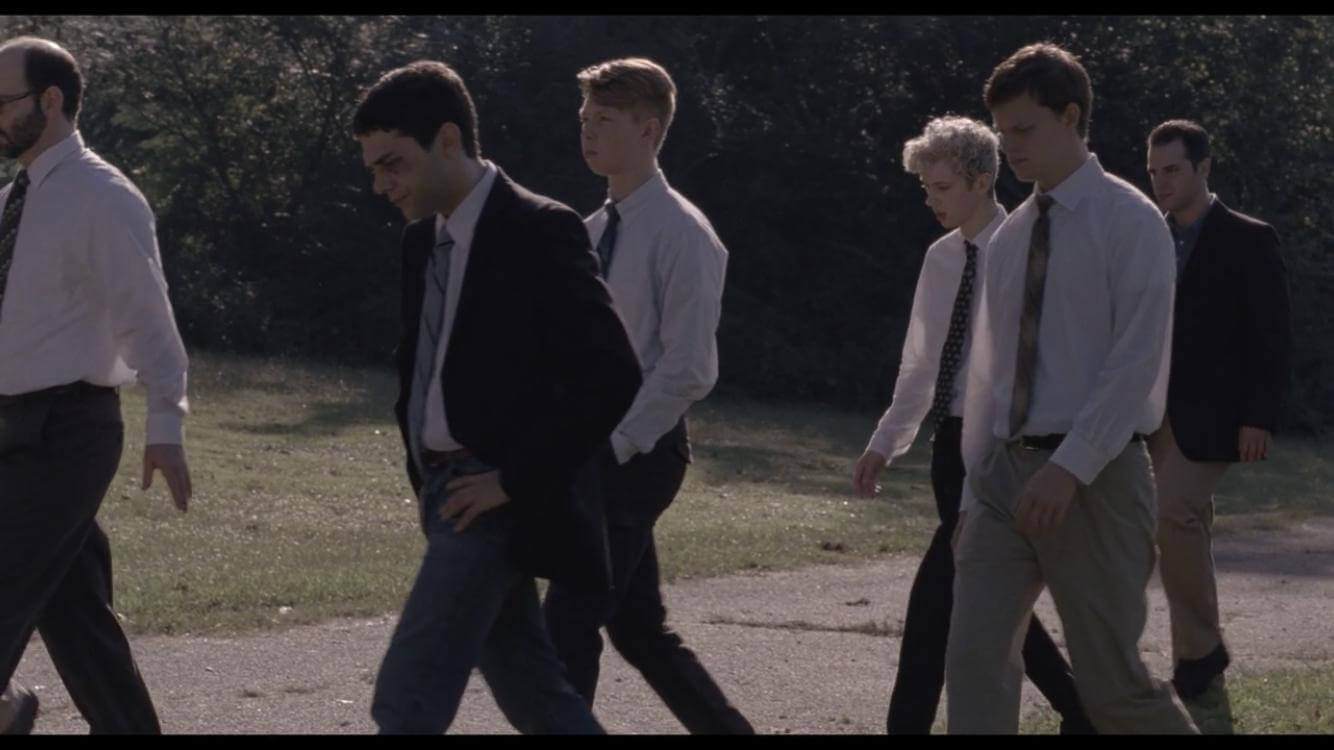 I from day one wanted to be on the soundtrack, to be involved musically on the movie. I was constantly reminding Joel and the producers, “Anything you need, I’ll do it.” They suggested maybe using “Good Side,” so I gave that to them. What I did was I went and wrote five or six songs for the movie and sent them all to Joel. And he was like, “I love this,” but he was deep in editing the movie. And then I went to breakfast with him and Jonsi of Sigur Ros to talk about the music for the film and Jonsi had this piano that he had written for a scene in the film, but…there was no lyrics, no real melody on top of it so we went in and I wrote the lyrics and melody. It wasn’t for a specific scene. We wrote it watching clips from a specific scene in the film, but I really just reflected on the whole script and the whole experience and Jared as a character and where he’s at in his life.

Timeline-wise, did the shooting of Boy Erased overlap with you putting together your latest album, Bloom, and how did they speak to each other artistically?

It’s so interesting because it did. When I started shooting the movie, I was probably 70% done with the album. It was such a change of pace and mindset. This album for me was a moment to celebrate every aspect of my life more than I ever had before. And the movie is obviously about a character that’s being told to do the exact opposite, and I’m really really grateful that I had the opportunity to experience this, especially at the same time, because the contrast made it even more potent. To be able to leave the environment of Boy Erased feeling so heavy and come back to what I’m so thankful to call my real life, which is queer and open and free and just, it was such a nice relief. And then as well, it also gave the album some more weight in my head, because it made me realize just how important it is to tell those stories and be so open about stuff.

Well, that leads right into my next question. Boy Erased is obviously one of two conversion therapy movies coming out this year and we’re seeing, at the same time, more queer artists like you and Years and Years. What does it mean for you as a queer artist to be making music at this cultural moment?

It’s really exciting. I think we have such a long way to go still, but I think we’re making strides in the right direction as far as representation goes. I just don’t think that we can underestimate the power of representation. Growing up I have very vivid memories of the times I saw gay people on TV or the few times that I saw someone that I actually genuinely related to and so, those moments made a real difference for me. And so I want to try to create as many of those moments as possible and tell stories from as many different aspects of the LGBTQ community — we’re such a diverse community made up of so many different people with different stories, different backgrounds. It’ll be nice to represent all of those people. 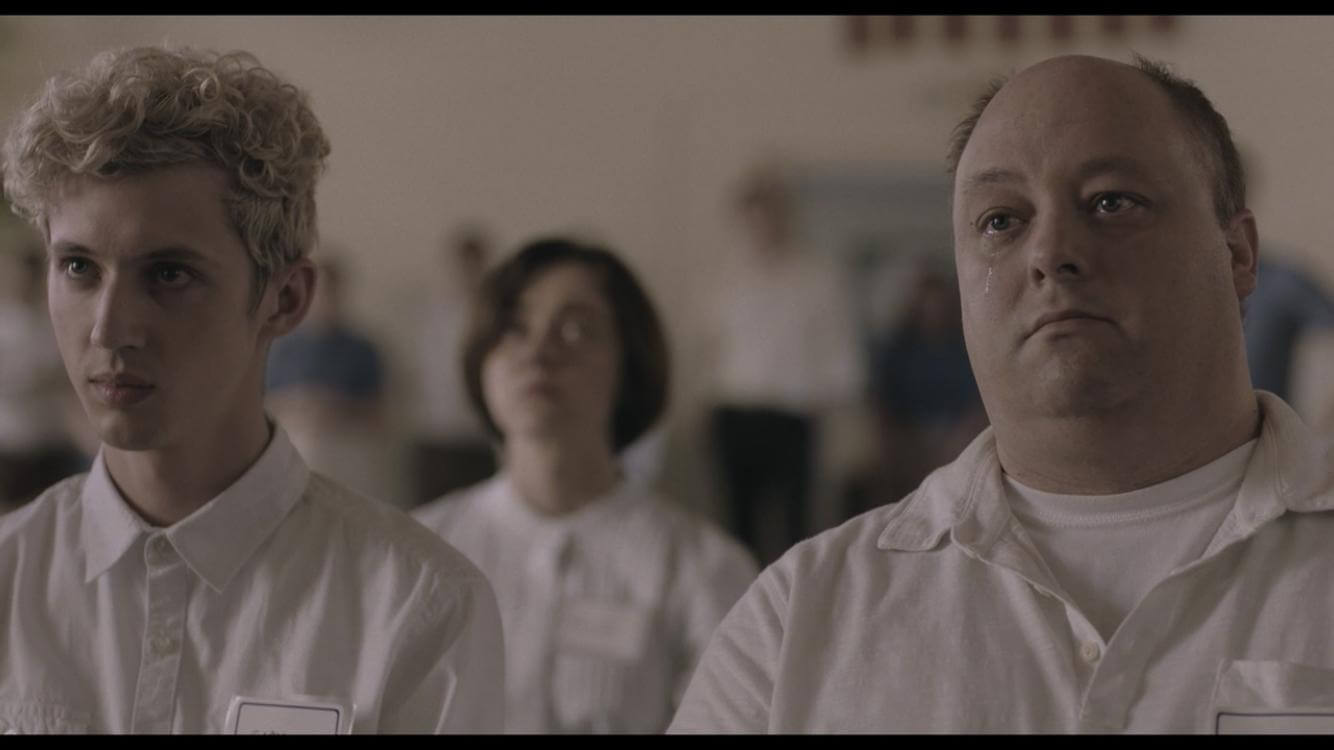 Your biggest scene is opposite Lucas Hedges. I wanted to ask you about acting with him and playing off of each other’s energies. What was it like sharing the screen with him?

I think he made my life infinitely easier because he’s not just there running lines. He’s there as such a source of inspiration. In the scene, if ever I felt myself becoming self-conscious of myself or my performance or becoming too analytical in my head, all I had to do was look at him. There’s such honesty in everything that he does. Everything feels so tasteful and real. It made it a lot more comfortable to be able to go through that with him. Also, he just has the most cinematic face. I would watch him at craft services and be like, “Are you going to win an Oscar for this? I’m pretty sure you are.”

Definitely. I haven’t acted in a really long time. I did it like 10 years ago for a second and now I’m jumping on the bandwagon again. I feel very new to it and it’s an intimidating and very exciting world for me. I’d love to get more involved. It’s a big learning curve, but I’m really curious to see how far I can push myself.

When your album came out, everyone was talking about “Lucky Strike,” and I’d be remiss if I didn’t ask about the song, because it’s one of my favorites and a lot of people’s favorites. Can you talk about the genesis of that song?

That song came about, it was written by Alex Hope and myself and we worked together a lot on my first album and so it felt like going to see just a friend, basically. And we were hanging out and I wanted to write this cool, kind of cruisey, sexy song about someone that tasted like cigarettes. And that’s just what we did. It was a special day to be able to work with Alex over the years and watch her grow as a producer and a writer and I think, you know, for the two of us to kind of get back together and write something it felt really special.

Boy Erased will be released in US theaters on November 2, 2018.