Troye Sivan’s long-awaited music video for his Ariana Grande-featuring song “Dance to This” came out to much fanfare across social media today. After dropping the video, Sivan tweeted that he had many inspirations: High School Musical, Grease, a GIF of Cher spinning — and a music video for a song called “Pass This On” by a group called the Knife. INTO is here to save the day with a primer on the biggest queer icons in music who you don’t know, but should, and how they relate to the new Sivan video.

Who or what is The Knife?

For most of the group’s career, the Knife referred to the Swedish, mask-wearing, radical brother-sister duo of Karin and Olof Dreijer. They released four highly artistic electropop albums, beginning with a self-titled debut in 2001. The Knife also worked with the musicians Mt. Sims and Planningtorock on the 2010 album Tomorrow, In a Year, a recording of music commissioned for an opera based on Charles Darwin’s On the Origin of Species. The group made the soundtrack for the Swedish film Hannah med H in 2003, and while the film flopped, a few of those songs ended up on The Knife and the 2003 follow-up Deep Cuts.

On the group’s final tour, for the acclaimed 2013 album Shaking the Habitual, the Dreijers introduced nine other members to create an artistic collective. They all sang and played instruments, then danced to pre-recorded tracks, to the point where audience members found it hard to discern the Dreijers from the other performers. The style of performance led to praise and criticism alike, to which Olof responded in 2017, “Many of the things we do on stage have previously been done within the comfort zone of the queer community. We have years of drag, voguing and miming behind us — but they have been done within a group that wants that and reconfirms it.” (The Knife released a concert film from the Shaking the Habitual tour, recorded at New York City’s Terminal 5, in 2017.)

What’s special about “Pass This On,” the video that Troye Sivan mentioned?

The song comes off the Knife’s second album, Deep Cuts, which also featured the breakthrough song “Heartbeats.” (You know it from covers by José González, Royal Teeth, and Ellie Goulding.) “Pass This On” is tropical-influence electropop, and Karin begins by dragging out the iconic lyrics, “I’m in love with your brother, what’s his name?”

The video was directed by Swedish filmmaker Bo Johan Renck, who had already worked with Madonna and Kylie Minogue at the time. He went on to make videos for Beyoncé and Robyn, along with David Bowie’s videos for “Blackstar” and “Lazarus” that preceded his death. The “Pass This On” video is a simple concept: A drag queen (played by Rickard Engfors, of Swedish drag group After Dark) sings the song for an unamused soccer club in Sweden, eventually catching the eye of a young man who dances with her. By the end of the video, everyone is dancing, except for a woman watching the young man from the beginning. (Is it her brother that the drag queen’s in love with?) While the video seems basic, its inclusion of a drag queen as the star is huge for 2003 — the U.S. only declared anti-sodomy laws unconstitutional that same year.

So, how does that relate to the “Dance to This” video?

The concept begins very similarly — Sivan is nervously performing for what looks like a community center — mostly young children, and elderly people, and they’re not entertained. (Disappointingly, Troye isn’t in drag.) But then, he’s saved by an unassuming Ariana Grande in the audience, who joins to sing with a convenient second microphone (was that there the whole time?). No dance party breaks out, though — instead, everyone in the room leaves, annoyed by the performance. Sivan and Grande take this as their chance to throw a party, and this is assumedly where the High School Musical, Grease and spinning Cher GIF influences kick into high gear. Oh, and at the end, we, of course, find out this was all a daydream in Sivan’s head.

And The Knife is queer? What’s that about?

Radically so, in fact. Karin and Olof have never been shy about queerness influencing their work, along with radical feminism. This began with vocal modulation and alluding to queer love on early projects. Then, on Shaking the Habitual, Olof told Pitchfork that he and his sister were influenced by post-colonial feminist and queer theory texts — the title even comes from Foucault. That tour’s team of choreographers and designers were all women, as well. The group went so far as to call its last show, played Nov. 8, 2014, at the Iceland Airwaves Festival, “Post-Colonial Gender Politics Come First, Music Comes Second.”

What is the Knife doing now?

Karin Dreijer now performs under the name Fever Ray. She’s currently touring off her acclaimed second album Plunge, which explores her queerness further than she did with the Knife. (Lead single “To the Moon and Back” culminates with her singing the line, “I want to run my fingers up your pussy!”) Touring as Fever Ray, Karin is known for a “woman to the front” ethos and her all-woman and nonbinary band and crew.

Meanwhile, Olof Dreijer works as a producer, performing as DJ Coolof throughout Europe. In his former solo project Oni Ayhun, and his current performance projects, he only plays on lineups where no more than 50 percent of the artists identify as men.

Recently, he remixed the Fever Ray song “Wanna Sip.” In a 2017 Pitchfork interview, Olof and Karin both said that, despite not having any current plans to do so, they could return as the Knife in the future. 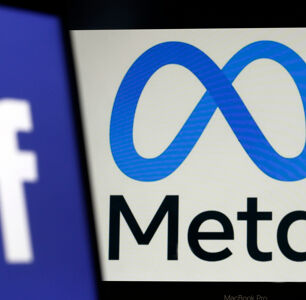