When he talks about his childhood, it’s no surprise that Vardaan Arora ended up being a singer. “I’ve always been obsessed with pop culture,” he says. “I would pretend to be a pop star and lip sync to songs in my bedroom.” Even growing up in India, Vardaan had what you might call a “universal” gay adolescence: “I put posters of Britney Spears and Hilary Duff on my wall, and I would try to tell people ‘oh I just think they’re really hot!’”

A love of performing led to Vardaan moving to New York City when he was 18, to study acting at NYU. “I was in the closet for 18 years, which made me a pretty good actor,” he says. “And I still live for it.”

This last year has seen him pop up in small roles in a number of TV shows, from Netflix’s Gypsy to ABC’s Blindspot but when he and I sit down to talk, it’s about his music career. His debut single “Feel Good Song” recently reached 2 million plays on Spotify, and his latest video, “Like A Polaroid,” was just accompanied by a profile in Billboard. 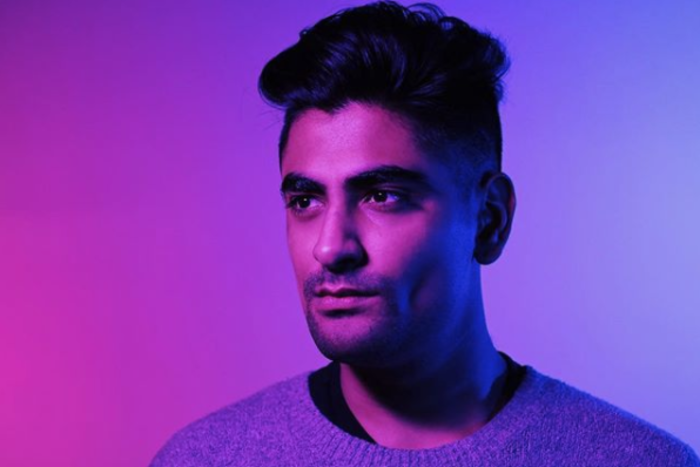 After graduating from NYU, Vardaan started performing cover versions of songs on YouTube, but soon grew tired of waiting and decided to make things happen himself. He wrote and recorded “Feel Good Song” in 2016, and it quickly started to appear on playlists on Spotify which was all the encouragement he needed that he was on the right track, despite not knowing anything about the business side of the music industry.

But while he might lack the business know-how, Vardaan is something of a pop scholar. “I love being a part of stan culture on Twitter, and fangirling over all these artists, and at the same time being able to do exactly what those artists are doing,” he says. “I’m so passionate about it, and that’s helped me develop an ear for exactly how I want my own music to sound.” He is also very aware of the connection gay men have with pop music: “Judy Garland, Madonna, Britney, up to Ariana Grande; they have huge gay fan bases, it’s like we want to live that glamorous life through them. It’s exhilarating to think about that feminine power, and how they can be dominant and command an entire room of people. And who doesn’t love attention?”

After years of being the makers of culture behind the scenes, we are now seeing queer folks and people of color begin to attract the mainstream appeal that they deserve but progress is slow. Artists like Troye Sivan and MNEK are still the exception, and when it comes to Indian artists, you have to look even harder. Vardaan wants to change that. 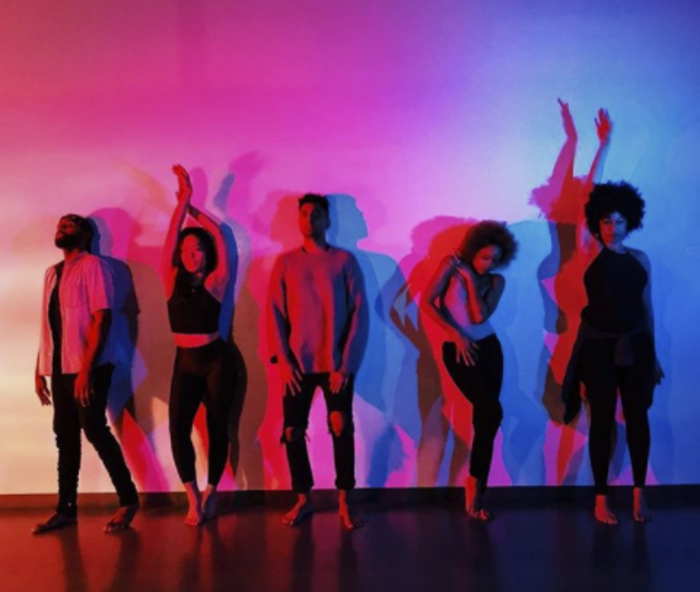 “Because representation is already so scarce, it’s difficult for South Asian people to imagine themselves doing something like that,” he says. “It’s already such a hard business to break into, but then you’re additionally having it drummed into your head that it’s going to be even harder for you. I’m exceptionally lucky, and I know not everyone has the support system I’ve had, but I want to set that example and let people know that it’s possible.”

I admit to Vardaan that right now, the only prominent musician of South Asian descent that I can name is Zayn. “Yep, I’ve been compared to Zayn, even though our music sounds nothing alike,” he says. “Artists of color who do get opportunities are pitted against each other, as opposed to being allowed to coexist. I don’t want to be compared to another artist because of the color of my skin, and I don’t want to be competing with them if we’re nothing alike.”

He’s right, of course. How many times have you seen people compare Rihanna to Beyoncé? While both are exceptionally talented, their music, personalities, and public images couldn’t be more different. “The other day I saw an article about Mahershala Ali and Idris Elba, asking which one is going to be Hollywood’s next leading man,” says Vardaan. “Meanwhile, we have five white guys named Chris leading five different superhero movies, all making a shit ton of money and getting a shit ton of exposure. Why can’t two stunning black actors both succeed without having to compete with one another?”

And if Asian representation is lacking, then the state of queer Asian representation is even direr, says Vardaan: “The gay characters you see on TV are mostly white. It’s rare that any minority in a project is queer; it’s almost like a ‘pick your diversity’ kind of thing, where you can be brown or you can be gay. But I’m both, and that story isn’t really being told.” 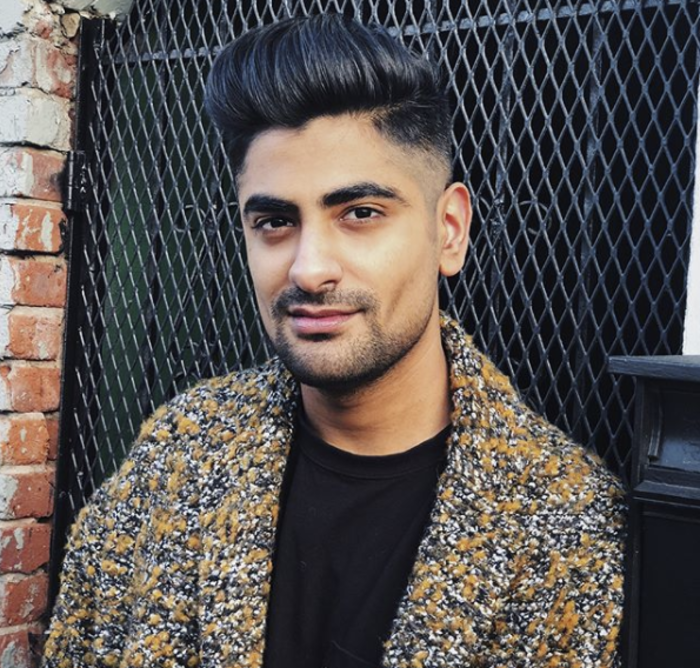 He knows that visibility is a first step, not a solution. While it’s important for queer South Asian people to see themselves represented in media, it’s also necessary for other people to have an awareness of that experience most notably the white gay men who are so often perceived as the figureheads of a much broader LGBTQ community.

“I’m a minority, but I’m not the only minority,” says Vardaan. “Intersectionality is the way forward; you need to learn from other people’s experiences and not just hold your own perspective in the highest regard.” He laughs, and adds, “I’m vain, but I’m not vain enough to think that my experience is the only experience that matters, and I think that’s an ideology that a lot of white gay men could adopt.”

He’s optimistic that things are changing, and that our current climate is encouraging people to check their own privilege and listen to other people’s stories. But it’s still just the beginning. “I’m always in two minds about how far we’ve come versus how much work we have to do,” he says. “Living here in the States, I can’t ever forget that homosexuality is still technically illegal in India. There’s so much work we have to do globally.” A lot of the people who reach out to Vardaan about his music are based in India: “Someone messaged me on Instagram to say ‘I’m not out of the closet, I don’t think I’m going to be able to come out living here, but I’m planning to move away and you inspired me because I can see you doing what you love.’ I’m really proud to influence that community.”

Vardaan is heading back into the studio in March to record new music, due to be released this summer. He’s tight-lipped about the new songs, but says they will be a departure, sound-wise, from “Feel Good Song” and “Like A Polaroid.” Rather than feeling some kind of duty to convey a South Asian or queer experience in his work, he feels that simply continuing to make music while being fully, openly himself is statement enough.

“I just try to let my identity speak for itself,” he says. “I want to defy the stereotype, but I also want to be fearlessly me and not hide the fact that I’m Indian. When I first moved here and was making white friends, I had this unconscious voice in my head: ‘maybe I shouldn’t talk about India so much.’ Whereas now, I’m gonna sit you down and tell you all about the history of Diwali, I’m gonna show you a Bollywood movie. Now is the time to really be yourself, without apologizing for it at all.”

Watch It!
Watch It! The Spooky Season Continues…
BY Henry Giardina