With Bohemian Rhapsody, the film about Queen’s eccentric frontman Freddie Mercury, just around the corner, discourse about Mercury’s sexuality has rocked the internet. Some folks say that Mercury was gay, some say he was bisexual, some say he was queer and some say that he didn’t like being defined by labels so we shouldn’t be trying to label him now. (Even the film’s star, Rami Malek, got a little flummoxed when discussing Mercury’s status as a queer icon in an interview with INTO.) In a lot of ways, it makes sense that LGBTQ folks try to claim Mercury and place him into different categories. It makes conversations easier if we can point to a famous person in history and say “This person is one of us!”

Interestingly, this isn’t the only debate surrounding Mercury’s identity — in addition to LGBTQ groups wanting to claim him, so do different racial groups. In fact, I don’t think many folks even know what to guess in terms of Freddie Mercury’s race (most probably assume he’s just white).

When I was a little gay Persian kid running around California, one of the things my dad would sometimes mention is how “the guy from Queen is Persian.” I feel like this is common among immigrant dads: they can point to every celebrity with a shared ethnicity. So after my dad ingrained this in my head, I took it as fact — Freddie Mercury was Persian.

It wasn’t until I got to college that this was challenged. I was getting boba with a close friend who is Indian and somehow we got on the subject of Freddie Mercury. When I said “You know he’s Persian, right?” she responded with “What? No, he’s Indian.” My world was turned upside down. When I looked into it, the answer was pretty clear: he’s both. 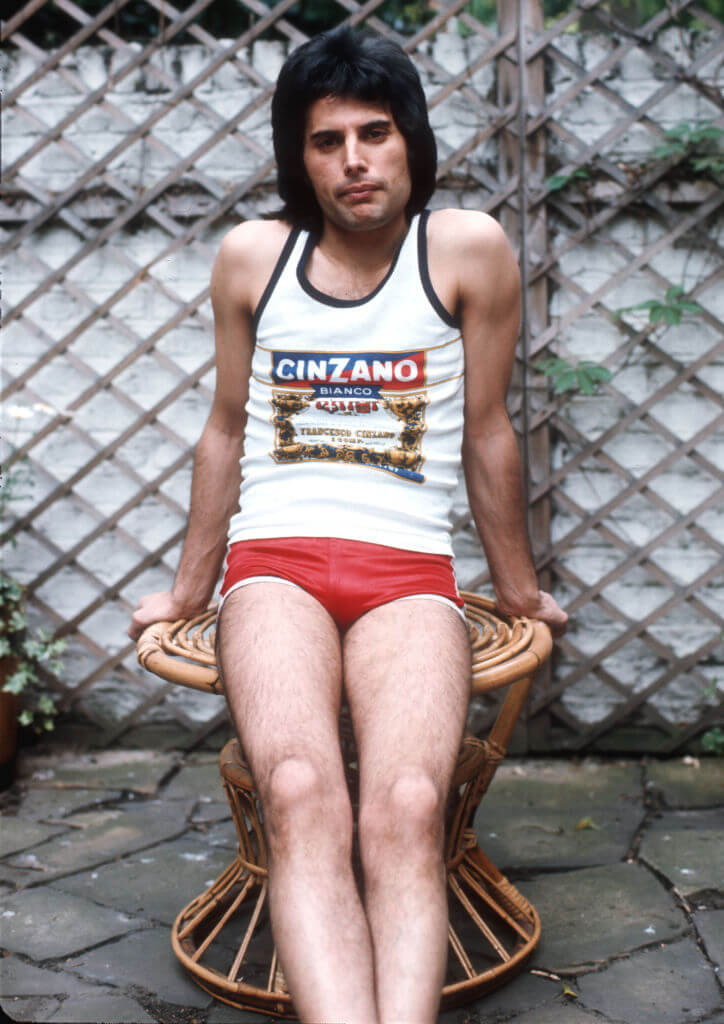 Freddie Mercury, whose birth name was Farrokh Bulsara, was born in the then British-controlled Stone Town in Zanzibar. His family was ethnically Parsi, which is an ethnic group that might need a little explaining. Although in our mainstream American race discourse — because of indigenous genocide and erasure — we don’t often talk about ethnicity, it’s an ever prominent aspect of life in other countries. For example, in South Asia, there are dozens of different ethnicities: Gujarati, Bengali, Punjabi, Tamil, etc. who each have their own language and culture.

Parsi is another ethnic group in South Asia, but they have a specific migration history. The Parsi people are part of the Zoroastrian religion from Persia (modern day Iran) but started to migrate to India because of persecution they faced during the Muslim conquest of Iran. According to a 2011 study, there are about 60,000 Parsi people still in India today.

It’s not surprising to me that queer western folks wouldn’t know or pay attention to this part of Freddie Mercury’s life, but that doesn’t mean it’s not important. The first songs he learned to play on the piano as a child were Indian songs. In an interview with The Telegraph, Mercury’s mom said that “Freddie was a [Parsi] and he was proud of that, but he wasn’t particularly religious.”

Though Mercury didn’t make South Asian or Middle Eastern music, that doesn’t mean he wasn’t influenced by his culture. Not everything I do will be explicitly gay or Persian, but it doesn’t mean those things aren’t influencing my work. In the same way that we now examine Mercury’s life and career through a queer lens, we should examine his life and career in relation to his culture; both Persian and Indian.

For me, it feels really frustrating to imagine a future where my writing, because I write mostly for an LGBTQ publication, would be viewed only as queer. When someone lives in intersectional systems of marginalization, it’s important to understand that they can’t be separated — my queerness is Persian and my race is gay — and I think it’s unfair to think otherwise. Folks are understandably protective of Mercury’s fluidity in terms of gender expression and sexuality (which is one of the main critiques of the new film). Just as important, though, is that we protect Mercury’s ethnicity.