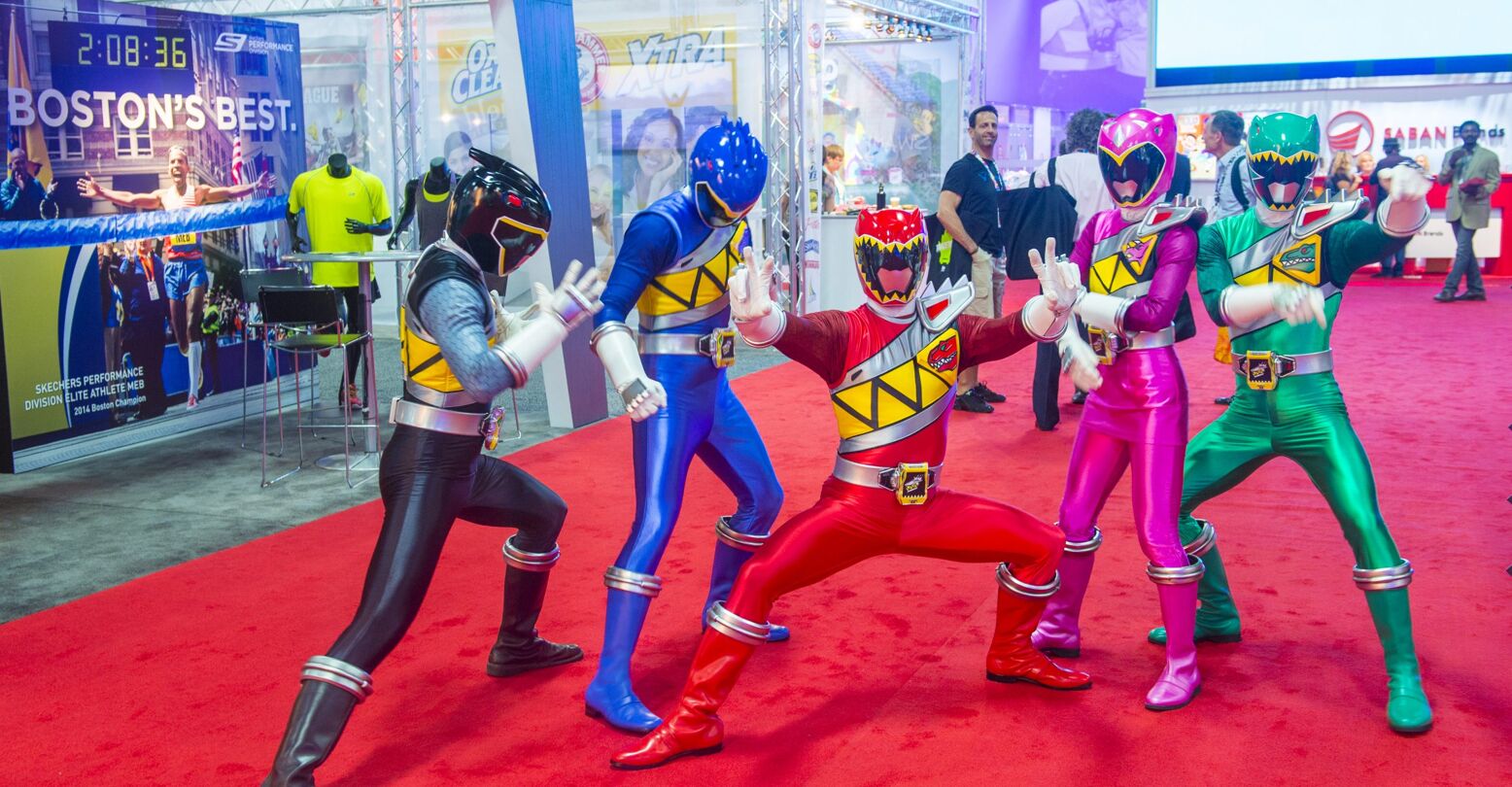 The Power Rangers action franchise has finally come out of the closet with the introduction of the latest and greatest Green Ranger in its 28th season Dino Fury. Beyond a confirmation that green is undoubtedly the gayest color, fans are given an introduction to Izzy Garcia’s romantic life in the thirteenth episode of the show.

Although the episode has yet to air in the United States, spoilers of Garcia’s queer revelation from France have sparked an online frenzy amongst fans. The clip circulating around Twitter features Garcia nearly walking on air as she travels off-screen hand-in-hand with her crush Fern.

Sending off his own excited tweet to the void, Dino Fury executive producer Simon Bennett couldn’t help but join in on the joyful discord surrounding Garcia’s casual coming out, “Very happy with the reaction to Power Rangers #dinofury episode 13, which has just aired in France,” Bennett tweeted, “Really looking forward to when it is available in the US, and I can jump into discussions.”

Where some fans found the short but sweet scene historic, others weren’t as easily impressed with the franchise’s second attempt at queer representation in the entirety of its 28 years. A particularly disappointed fan tweeted their sorrows, referring to the short clip as “a marketing ploy.” Bennett, apparently still active on Twitter, was quick to tweet in reply, “I assure you, it was no marketing ploy. And yes, well overdue.”

Regardless of Nickelodeon’s intentions, one has to wonder if the queer episode ending was worth the wait for queer fans. The beloved Power Rangers franchise follows the life of ordinary teenagers-turned-superheroes and considering its long-running popularity as an influential kids series, it’s not unreasonable to have wanted more representation from a mainstream scene that is shown to kids. Also hard to ignore is the fact that neither Izzy nor Fern have a single line of dialogue in their own coming-out.

In terms of length and content, the footage is sadly reminiscent of the franchise’s earliest attempt to introduce a queer ranger back in 2017. Adapted by Lionsgate, the Power Rangers film held a brief moment in which Becky G as the Yellow Ranger was seemingly having “boyfriend problems.” In reality, it is specified that Trini is  having “girlfriend problems.” The momentary revelation comes and goes in the same ephemeral fashion of Izzy simply walking off camera, holding hands with another girl.

Unfortunately, the craving for 90s queer nostalgia lives to see another disappointing day.