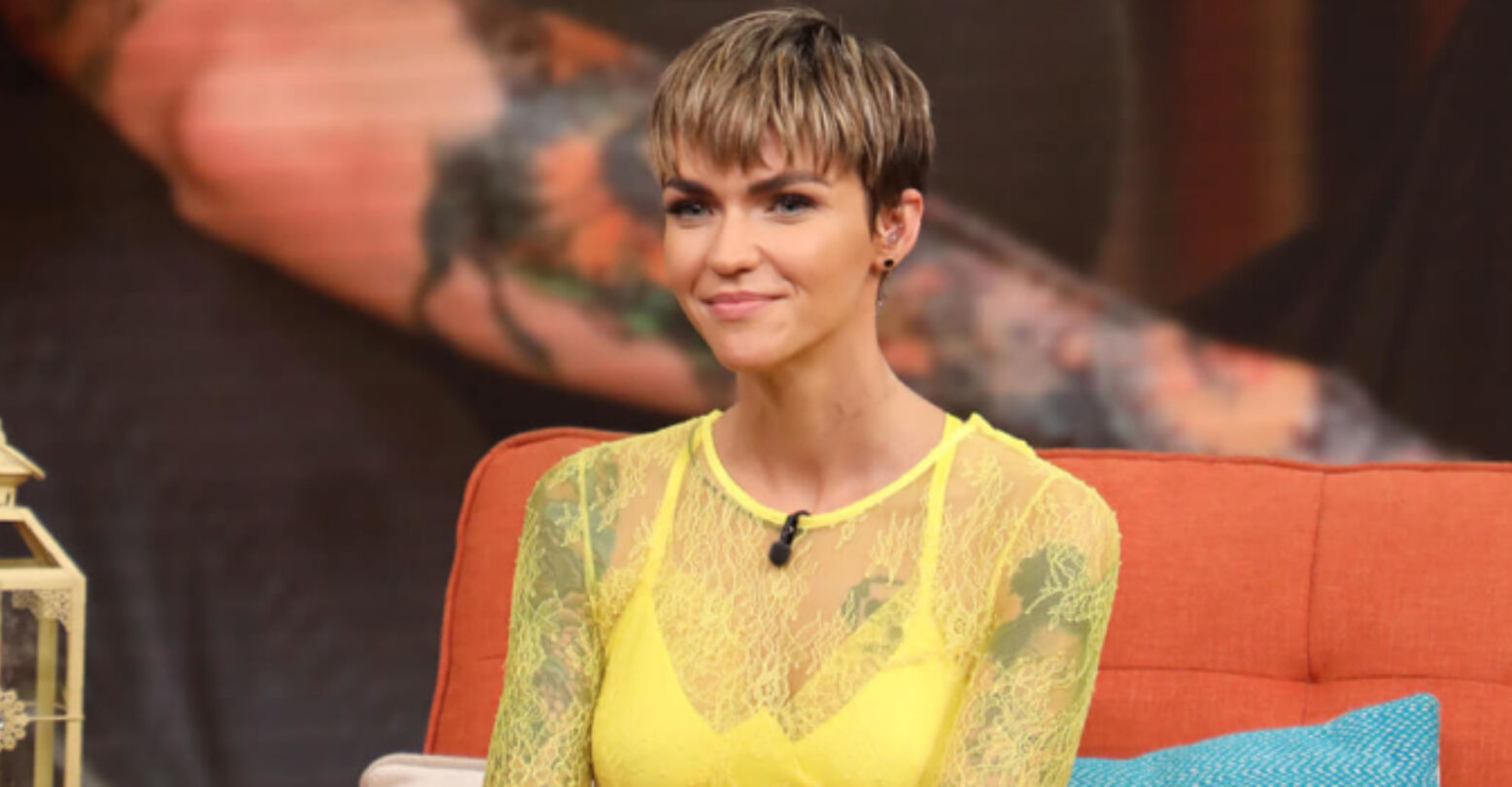 Ruby Rose is an enigma—but not in that sexy, mysterious, bad boy in a worn leather jacket type of way. She’s certainly mysterious, but mostly because every turn in her career has me asking, “Wait, what?” Rose is versatile, I guess, if her acting choices are any indication. The Australian actress has tackled many mediums, including TV, film, and music videos, and her career has spanned numerous genres, from thrillers to musicals to superhero dramas. As the 32-year old gears up for her leading role as the lesbian titular character in The CW’s Batwoman, she has me reminiscing on that infamous Cher tweet, in which the singer wrote: “Whats going on with mycareer.” Instead, I’m wondering: What’s going on with Ruby Rose’scareer?

This week, the first picture of Rose as Batwoman was revealed. The role marks her first return to TV in a recurring role since 2015, when the actress exploded on to America’s radar as Stella in Orange is the New Black. As the queer inmate dripping with lesbian sex appeal, she notoriously swept “straight” women off their Jason Derulo-loving feet. Before appearing in the popular Netflix series, Rose had nabbed scant roles in TV and film, but was a well-known model in her native country of Australia.

But after OITNB, her career took a dark turn.

Well, not a dark turn, as I’m sure she’s comfortable financially, but a strange one, nonetheless. Rose appeared first in the Resident Evil series as Abigail in The Final Chapter. She then continued down a rabbit hole of campy action thrillers that look like The Rock or Vin Diesel should be starring in them — actually, Vin Diesel did star in one of them. In 2017, she played the role of Adele Wolff in Vin Diesel’s xXx: Return of Xander Cage. That same year, things really went off the rails: she appeared in another action movie, John Wick: Chapter 2, and then — wait for it — took a musical role in Pitch Perfect 3. Aca-what the fuck?

I wouldn’t exactly call Ruby, err, musically “inclined,” but she did pull her weight enough in the a cappella movie as the leader of the Bellas’ biggest competition, a definitely queer girl group called Evermoist—which like, same, after seeing Ruby Rose shred in a leather jacket. After mastering the art of movie-musicals, she went back to her roots in another action-thriller, this time alongside Jason Statham in 2018’s The Meg.

It seems like Ruby Rose’s goal in life is to secure a small-scale role alongside every single male action star—like Vin Diesel, Keanu Reeves, and Jason Statham. If that’s the case, where’s her movie with The Rock? I’d love to see her in torn muscle tee, dirt staining her angular cheeks, swinging from one airborne helicopter rotor to another on a simple bungee cord, which is one gust of wind away from tearing in half, or something.

And where’s her Bruce Willis movie? When do we get to see Ruby Rose drive a car off another car by using the other car as a ramp, and land the aforementioned first car on a speedboat, which is set to explode in just three seconds, which is no problem, seeing as she’s already escaped the car and is hurtling over the railing of the yacht — or speedboat, or whatever. On a more serious note, I’d love to see Rose star in her very own The Girl With the Dragon Tattoo-adjacent franchise — something gay, vengeful, and also gay. My lesbian body is ready.

But it’s not just Rose’s career choices I’m worried about, it’s the whole package. As you may know, she truly excels at being a celebrity. Yesterday, she posted an Instagram with Hayley Kiyoko and Taylor Swift after the AMAs—she is really giving the people what they want. She also wrote, directed and starred in a Veronicas’ music video, while she was dating Jess Origliasso of the band, as well as accruing a roster of famous female exes. She currently boasts over 13 million Instagram followers, and with good reason, given the lewks she serves daily, but all the attention she’s garnered over the last three years has put the actress in a pretty precarious situation.

Earlier this month, Rose was named the “most dangerous celebrity” by a cybersecurity firm. The firm, McAfee, conducted a study that was meant to illustrate the danger of clicking on suspicious links — and according to their findings, Rose’s internet presence has accumulated the most “suspicious” activity from websites that carry viruses or malware. Thanks a lot, Ruby! Apparently, so many queer women (and “straight” women) are googling you that scammers have caught on, and it’s actually become unsafe to do so. This is why we can’t have nice things, internet lesbians!

Hopefully, 2019 will bring us even more shadiness, gay Instagrams, and bad action movies from the Australian multi-hyphenate. Her new DC series Batwoman has no official release date, but the character is expected to cameo in The Flash and Supergirl as a part of DC’s annual crossover event in December. Rose is set to play the nominal character, AKA Kate Kane, who will mark DC’s first out lesbian leading superhero — which is exciting. But personally, I’ll be waiting for her cameo in Mission Impossible – Fallout 2: Back in the Habit.