Gina Rodriguez, who has been praised by the LGBTQ community for her transparency when addressing her bisexuality, has faced understandable backlash from a recent mishap that’s brought up some important conversations about pay disparity in entertainment amongst minorities, and how to address the problem. Nearly always missing from the discussion, however, is the lack of leading roles offered to queer actors of color.

A few weeks ago, during a Net A Porter panel, actresses including Gina Rodriguez, Ellen Pompeo, Gabrielle Union, and Emma Roberts discussed how they communicate when it comes to what they are paid for projects, particularly when it involves actresses of color who are often considered for the same roles. Gina Rodriguez made a comment we’ll presume was well-meaning but instead came off in the worst way possible.

While the presumed intent is to be the representative voice of all Latinas, the actress’s sentiment falls flat, as it turns a conversation about inclusivity into one about how much worse off one minority group is than the other, thereby creating antagonists where there shouldn’t be any. Additionally, her facts are somewhat skewed.

According to Forbes, Colombian actress Sofia Vergara has been the highest paid actress seven years in a row, while Scandal’s Kerry Washington came in eighth on the list. Though nearly half of Vergara’s income comes from endorsements, that still leaves twice as much as Washington’s income with her own endorsements included.

Factoring in queer actors of color, the numbers are even more concerning.

In 2017, Variety released a list of TV actors and their salaries, showing their earnings per episode, from highest paid to lowest; the list is not only very white, but undeniably straight. While out gay actor Jim Parsons is at the very top of the comedy list with a whopping $900,000 per episode, the only queer actor of color on the list is Unbreakable Kimmy Schmidt‘s Tituss Burgess, and he is all the way at the bottom, with just $90,000 pay per episode.

The film world isn’t exactly bursting with queer POC representation, either. This year alone, The Favourite, Can You Ever Forgive Me?, and Green Book are all films expected to take home some prestigious awards, but only Green Book features a queer person of color, and they are all films with queer protagonists played by heterosexual actors.

Though it’s slow-coming, there is some progress being made in television. Starz’s Vida is one production working toward expanding inclusion by casting trans and queer Latinx actors in some roles. Trans actor Ser Anzoategui plays Eddy in the series, and Roberta Colindrez has joined the cast for Season 2. Admittedly, this has plenty to do with the fact that show creator, Tanya Saracho, is a queer Latinx, but this is a perfect example of using one’s influence to cast a wider net of representation and, hopefully, it extends to their paychecks as well. 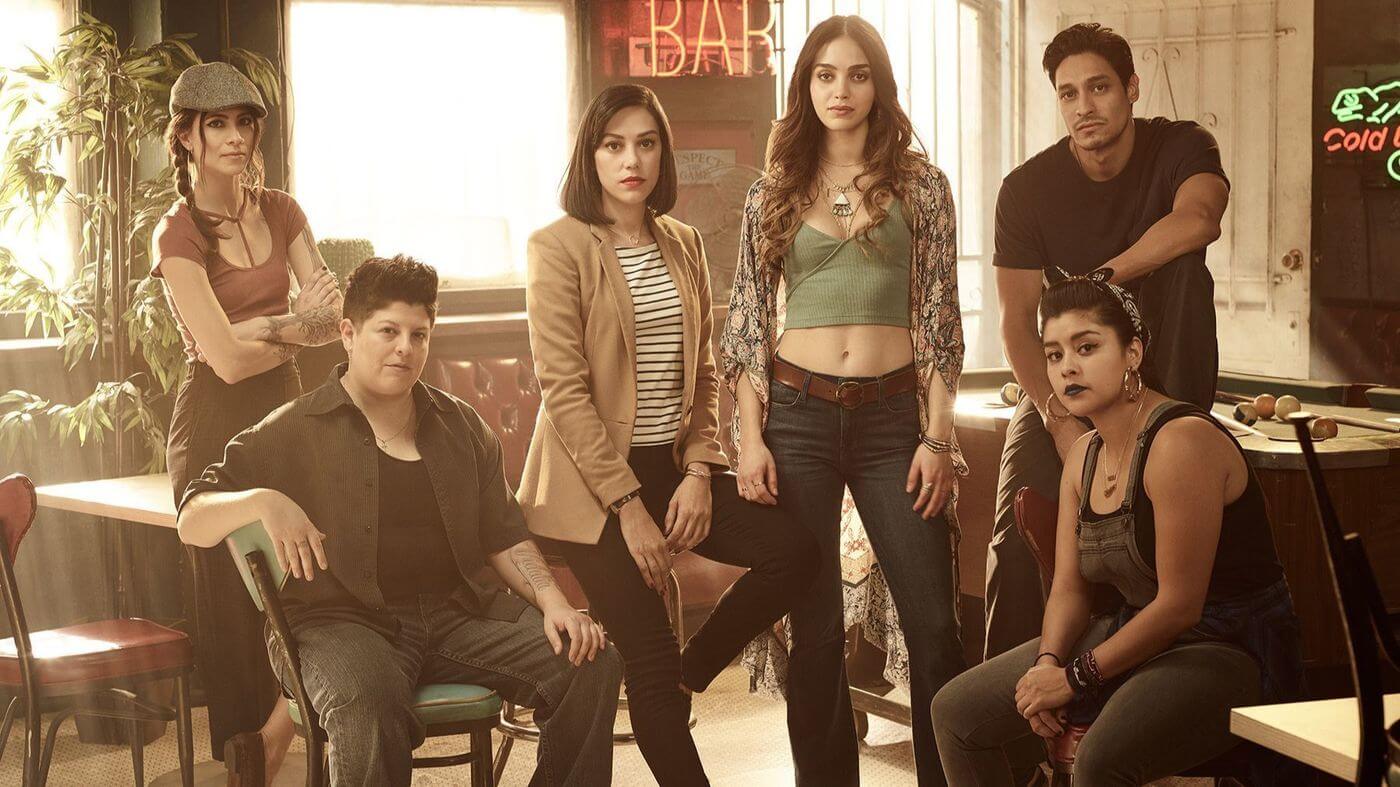 The CW’s Jane The Virgin, of which Rodriguez is the star, and which has been praised for its predominantly Latinx cast, has also featured queer characters from the very beginning of the series. However, they could work on their inclusion when it comes to casting. Their more recent queer storyline features Petra, played by Yael Groblas, and Jane Ramos, played by Rosario Dawson, who came out as bisexual during Pride month this year. Though Groblas is straight, given that this particular storyline was written as a gift to the fans who perceived Petra as queer, we’ll let that one slide, but Yara Martinez and Bridget Regan have played Julia and Rose, respectively, since the show’s first season; the two characters were always intended to be involved romantically, and both actresses are straight.

There is a pay disparity problem in Hollywood, and definitely one that needs to be addressed by those with the power to make changes. Gina Rodriguez herself played a lesbian earlier this year in Annihilation and has personally campaigned to play a love interest for Rosa (Stephanie Beatriz), Brooklyn Nine-Nine’s bisexual character. As someone who has talked about her own fluidity in interviews and tweets, she should use her influence to encourage productions to provide more roles for queer actors of color, and not to counter-attack the success of other women of color with “What about me?” arguments. 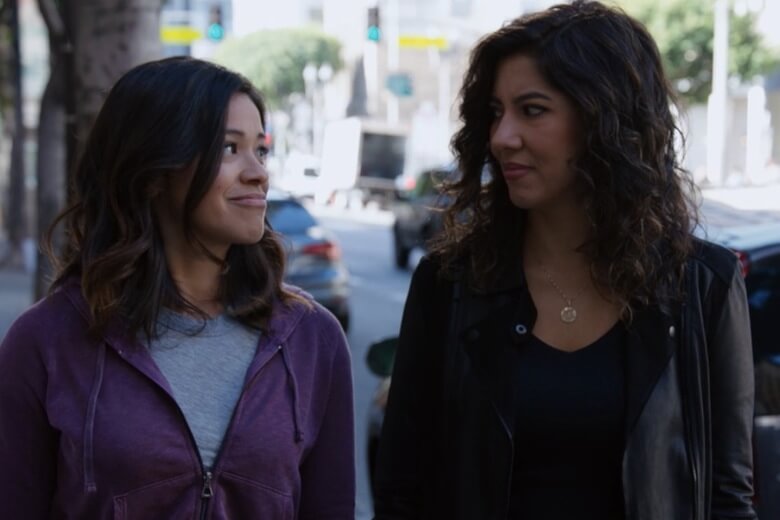 According to GLAAD, the number of queer characters between 2017 and 2018 on TV was 58 out of 901, and out of those 58 characters, 31 are queer characters of color. Considering that’s only about 3.4 percent of employment availability, perhaps the discussion to be had is about how little opportunity is given to queer actors of color and what can be done so they, too, can get paid what they are worth.