Before last year, the only games I played were on a Nintendo platform. In fact, since I got a Nintendo 64 when I was five, I’ve only ever kept up consistently with Nintendo consoles and handheld devices. When I was younger, that decision was mostly based on the fact that Nintendo was the home of Pokémon and Zelda, but as I got older, my reasoning became a bit more serious.

I’ve found that Nintendo has been the primary choice for a lot of queer gamers through the years. In the more toxic parts of straight gamer culture, Nintendo is thought of as too childish, too cartoonish, and too casual. Casual in gaming refers to a type of game that doesn’t take a ton of mechanical skill to get started designed for players to easily pick it up. Ironically, it’s for these reasons that queer audiences have stuck around over the years.

Queer folks have plenty of experience creating their own culture and being seen as unusual, so the prospect of being labeled a fan of a “kid’s game” doesn’t really stir up any fear. In addition, I think while mainstream gamer bros might be interested in hyperrealism in their video game visuals, queer folks and women aren’t bothered by more cartoonish art styles. A great example of this is with Overwatch which has a very large queer fan base unlike pretty much any other game of its genre. I think part of the reason queer gamers were attracted to Overwatch is because of how bright and vibrant the game is, especially compared to other first-person shooter games. Nintendo has been creating vibrant games for years.

The point I will agree on is that Nintendo games are easy to pick up, but unlike straight gamers who use the word “casual,” I don’t think that’s a bad thing. Rather than casual, I prefer the word accessible, because even after years of not playing video games, players can join their friends in a game of Mario Kart rather easily.

When I was young, my connection to video games was entirely through the other neighborhood kids. They were always more competitive than me, and I basically lost every game that I played, but I still loved it. As we got older, and as their competitive attitudes turned toxic, I drifted away from them. But because of that, I also didn’t really have friends to play video games with. But years later, when I did return to gaming, Animal Crossing was ready to take me back.

Even today, Nintendo’s interests align well with the issues that queer gamers face. For example, harassment within online games is one of the biggest issues within even the mainstream gaming culture. When that harassment is compounded with homophobic, transphobic, racist or sexist words, it can feel impossible to play certain games.

However, with the lack of voice chat in Nintendo’s online games, this problem is dramatically lessened. Furthermore, because Nintendo is interested in the family market, they put a large focus on local multiplayer that other consoles don’t. Most of Nintendo’s big titles like Super Smash Bros. or anything Mario can be played with your friends on the same TV. 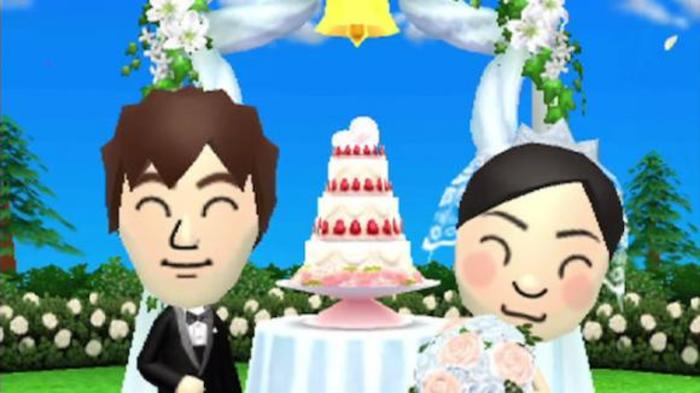 Although Nintendo has unintentionally developed a queer following, some of its design choices are pretty anti-LGBTQ. For example, in 2014, Nintendo received backlash for not allowing same-sex marriage options in Tomodachi Life. Similarly, in 2016, Fire Emblem fans were disappointed when Fire Emblem: Fates, a game that was rumored to have same-sex relationship options, only had one relationship option between two specific characters out of over 100 possible pairings.

This is a popular problem for marginalized identities. There is barely any media made with us in mind, so we’re forced to make compromises. Whether that be a sitcom character filled with tropes or a questionable joke about race in a book, we often have to negotiate just how uncomfortable we’ll allow ourselves to be in order to enjoy any form of escapism.

Just because something isn’t explicitly gay doesn’t mean we won’t find a way to make it that way. We’ve already taken over the entire Overwatch cast, even the ones who haven’t come out yet pun intended. Mario himself isn’t safe.

However, it shouldn’t be up to marginalized people to create memes and art about the media they wish they could consume. Because ultimately that content serves only to further market that media. While I’m thankful to Nintendo for giving me a space to enjoy games, albeit accidentally, it’s not enough anymore to give us liminal representation or acknowledgment. Queer fans are some of the most loyal nerds you’ll find and I hope that Nintendo recognizes that loyalty soon.