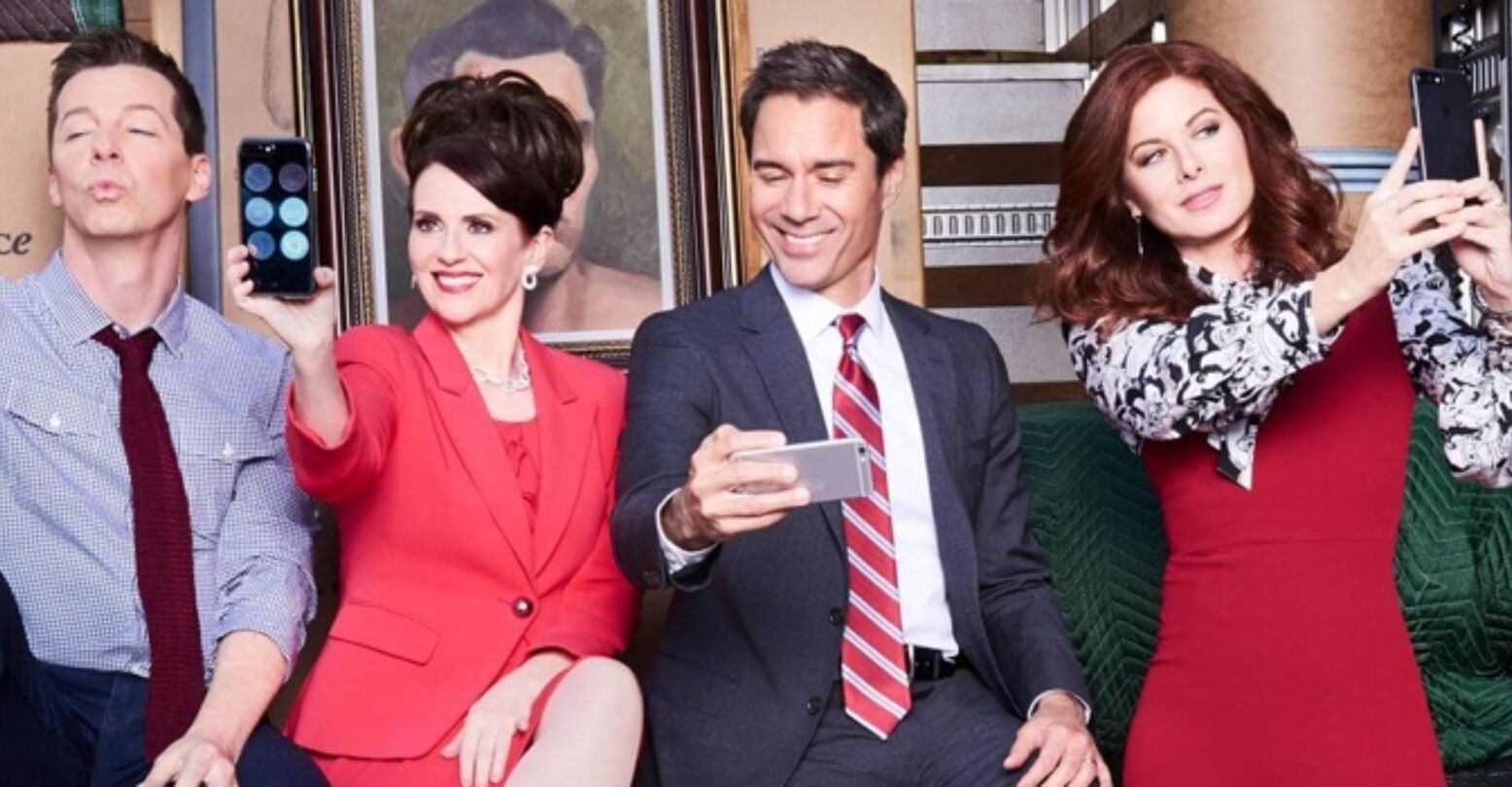 It’s rather strange to look back at early episodes of Will and Grace, 20 years later. What seemed groundbreaking and almost revolutionary on September 21, 1998, now feels quaint and even antiquated in comparison to modern day portrayals of LGBTQ characters on TV.

This is hardly a critique of the show. Much progress has been made in the two decades since viewers were first introduced to Will and Grace and a great deal of it happened precisely because of this lovable sitcom.

Across eight seasons on NBC, Will and Grace won 16 Emmy Awards out of a staggering 83 nominations, shifting American ideals towards a more tolerant place of acceptance for the gay community at large. Even Vice President Joe Biden commended the show at one point for helping to normalize queer relationships on screen for millions of viewers, but that was back when the LGBTQ community was starved for representation.

Although we still have a long way to go, shows like Glee, Transparent, and Orange Is The New Black have all widened the conversation in recent years to include a far more inclusive range of people from across the spectrum.

Because of this, there were concerns that the 2017 revival would struggle to compete or add anything meaningful to the conversation 11 years after the show originally ended. Back in 1998, Will and Grace was the rainbow flag bearer for an entire generation who rarely, if ever, saw themselves reflected on screen with any kind of authenticity. Fast forward to 2017 and the show’s reliance on the masc/femme dichotomy between Will and Jack, two white, gay, able-bodied men, suddenly seems far less subversive than before.

Today, the pressure’s on for Hollywood to be more inclusive and avoid stereotypes in favor of more diverse representation, but in reality, such concerns about Will and Grace are nothing new.

Will and Jack Don’t Speak For All Gay Men

Just like Friends, early episodes of Will and Grace were also problematic to a degree, and some of Will’s jokes about women, in particular, could be perceived as rather misogynistic with the benefit of hindsight. Sure, there is something to be said for the way that the show’s writers used comedy to break down various stereotypes, but some queer fans at the time also objected to the way that Will and Jack were portrayed to the heterosexual majority.

There’s a lot more to the queer experience than just “camp” or “straight-acting” gay men, yet for some people, that’s all Will and Grace seemed interested in exploring across its first eight seasons. The LA Times noticed early on how the show desexualized Will, describing him as almost “asexual” in their review of the 1998 pilot. Critic Howard Rosenberg went on to say that Will’s sexuality appears “to exist solely as a device to give him the moral authority to repeatedly ridicule the mincing manner of his bandanna-wearing homosexual friend, Jack, without being labeled homophobic.”

With each indignant tantrum that Jack put on in response to Will’s ribbing, it became easy to see why some LGBTQ viewers might have worried that his character perpetuated the stereotype that all gay men are flamboyant, effeminate queens. At times, it felt like both the audience and his fellow cast members were laughing at Jack, and not with him.

Some of this could have been offset if the show had balanced things out with a positive sexual representation of the characters, but Will and Grace didn’t even portray a gay kiss until Season 2 and that was just a fake smooch between Will and Jack.

However, it’s also worth asking where this discomfort regarding Jack’s flamboyance came from in the first place. There are plenty of gay men who rightly embrace their femininity with pride and saw themselves reflected far more clearly in the likes of Jack than Will or any of his hyper-masculine boyfriends.

Femme-phobia is a real issue that still plagues the gay community even now, something which Hayes himself pointed out recently to the New York Times when he questioned how anyone could “be too gay?” The idea of setting such limits on anyone’s sexuality is both cruel and absurd, even more so when such intolerance comes from fellow members of the LGBTQ community.

On the other hand, it could be argued that Will and Grace always sought to subvert femme-phobia. Remember that episode where Will called Jack a “fag”? After that, Jack continued to enjoy his life and embrace his sexuality with a freedom that Will and perhaps many viewers also envied over the years. If anything, such behavior only reflected poorly on Will.

Just like Karen’s squeaky voice was used as a mouthpiece to reveal how ridiculous her racist and sexist views really were, the writers also deliberately used Will’s own intolerance to point out the inherent fallacies of any femme vs masc debate.

The problem, of course, is that such intricacies might have been lost on straight viewers unfamiliar with these kinds of issues and concerns about the representation — or lack of representation — for other queer people are still absolutely valid. If you weren’t a cis white gay man, then chances are your demographic was the butt of at least one joke in the original run of Will and Grace.

The Little Sitcom That Could

However, no single show should ever shoulder the responsibility of representing every possible sexuality, and with that in mind, Will and Grace still achieved some incredible things during its time. Co-creator David Kohan once recalled that before the show premiered, he was asked by his agent to make Will straight, which speaks volumes about the obstacles that Will and Grace faced and subsequently overcame.

At a time when Bill Clinton had just set queer rights back by signing the Defense of Marriage Act, what other show championed its queer protagonists like Will and Grace? Watching a show treat the relationship between a gay man and a straight woman as something more than just a punchline was incredibly affirming for the LGBTQ community at the time and for many younger gays, Will and Grace was probably the first positive representation of queerness that they had ever seen on TV. No one was ever punished or killed on the show for being different. They simply existed and enjoyed all of the joys and hardships that life brings because of it.

In the face of competition from countless other LGBTQ shows that exist today, the Will and Grace revival was never going to make an impact as large as the original run did, but it’s still breaking new ground regardless. Not only do the new episodes incorporate queer kissing and sex in ways more befitting of the present-day climate, but it’s also leaned more heavily into the emotional struggles that gay men face, most notably in the episode “Grandpa Jack.”

The traumatizing ramifications of conversion therapy are still being felt by LGBTQ people worldwide, so it was fascinating to see Will and Grace tackle such a heavy issue on what is usually a relatively light sitcom. In one particularly heartbreaking moment, Jack’s gay grandson tells him that “It’s hard being me sometimes” and instead of reacting with a comic flourish, Hayes gives a career-best performance, telling the young boy that things really do get better and that the family you choose can be more important than the family that raises you.

Will and Grace has always been inherently political by its very nature, but whether the gang are infiltrating a gay conversion camp or actively resisting the policies of President Trump, the revival has found a way to balance this political intent with heartwarming humor, thereby proving its continued relevance in the process.

Some of the old criticisms fired at Will and Grace still remain valid, but the cast and crew seem intent on moving things forward. Debra Messing told HuffPost that the revival represents “an opportunity to now celebrate all the other initials of LGBTQ” by “normalizing an even larger segment of underrepresented people on prime-time television.”

Let’s just hope that the second season of the Will and Grace revival fulfills this promise, reclaiming the show’s standing in comparison with the various LGBTQ shows of today that it helped inspire in the first place. If it can do that, then we might see a whole new generation of queer shows follow once again in the comfortable and expensive yet well-worn shoes of Will, Grace, Jack, and Karen.