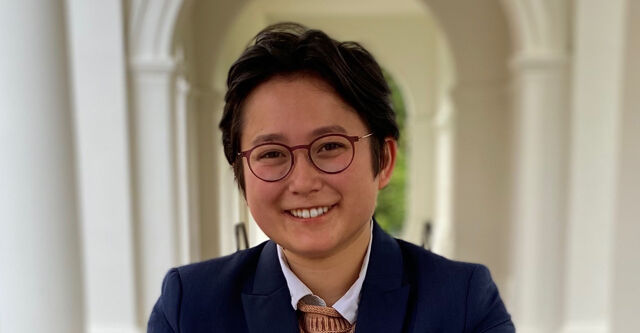 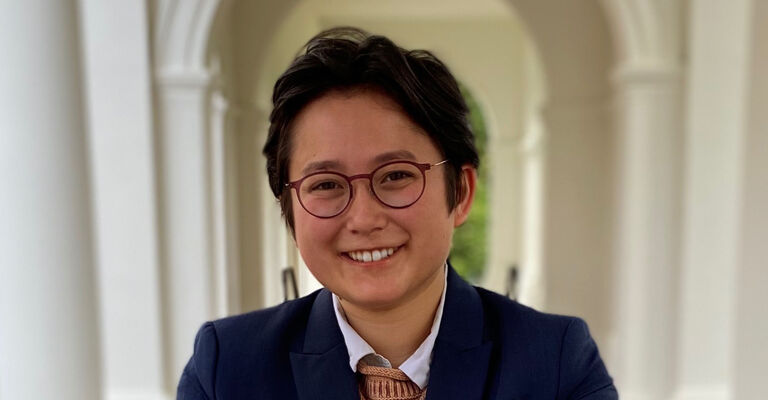 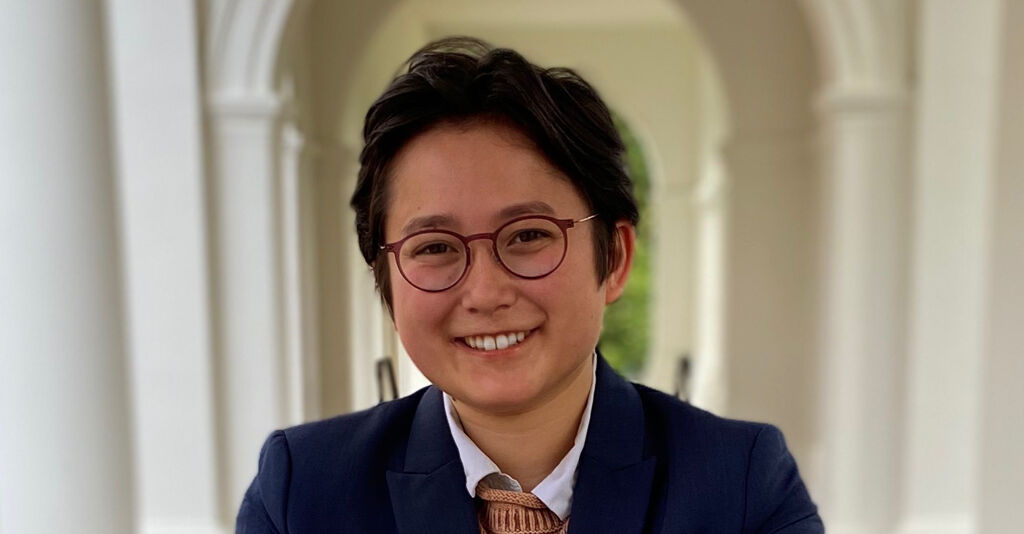 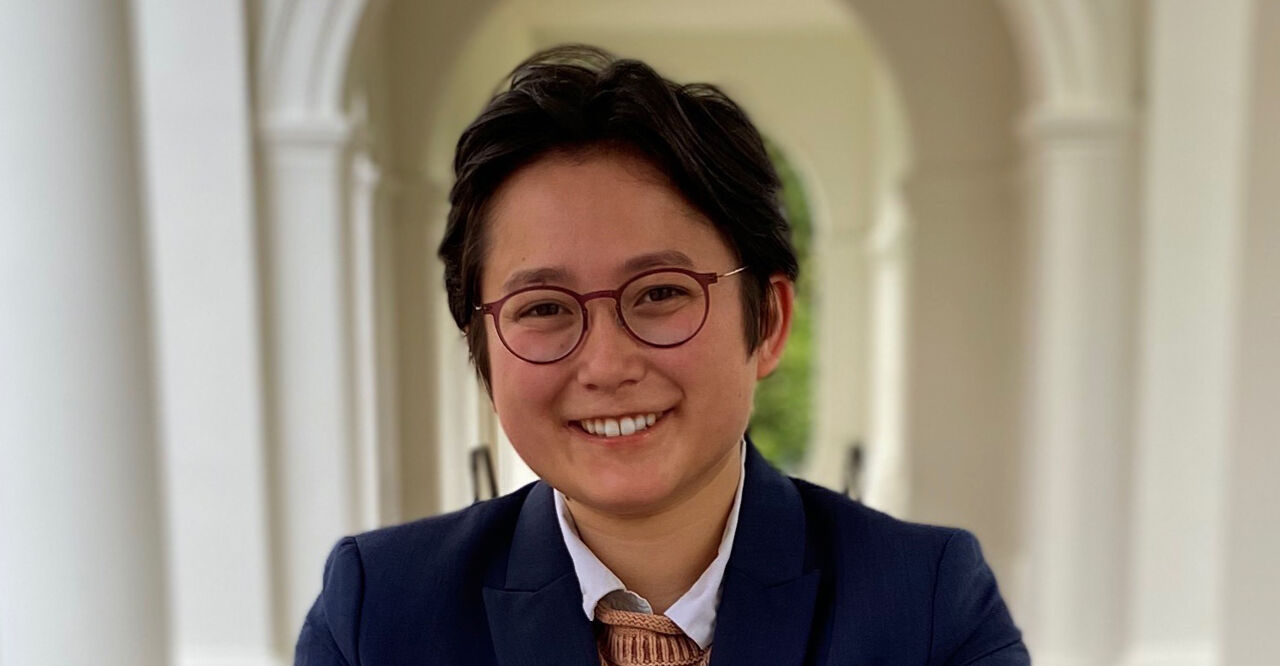 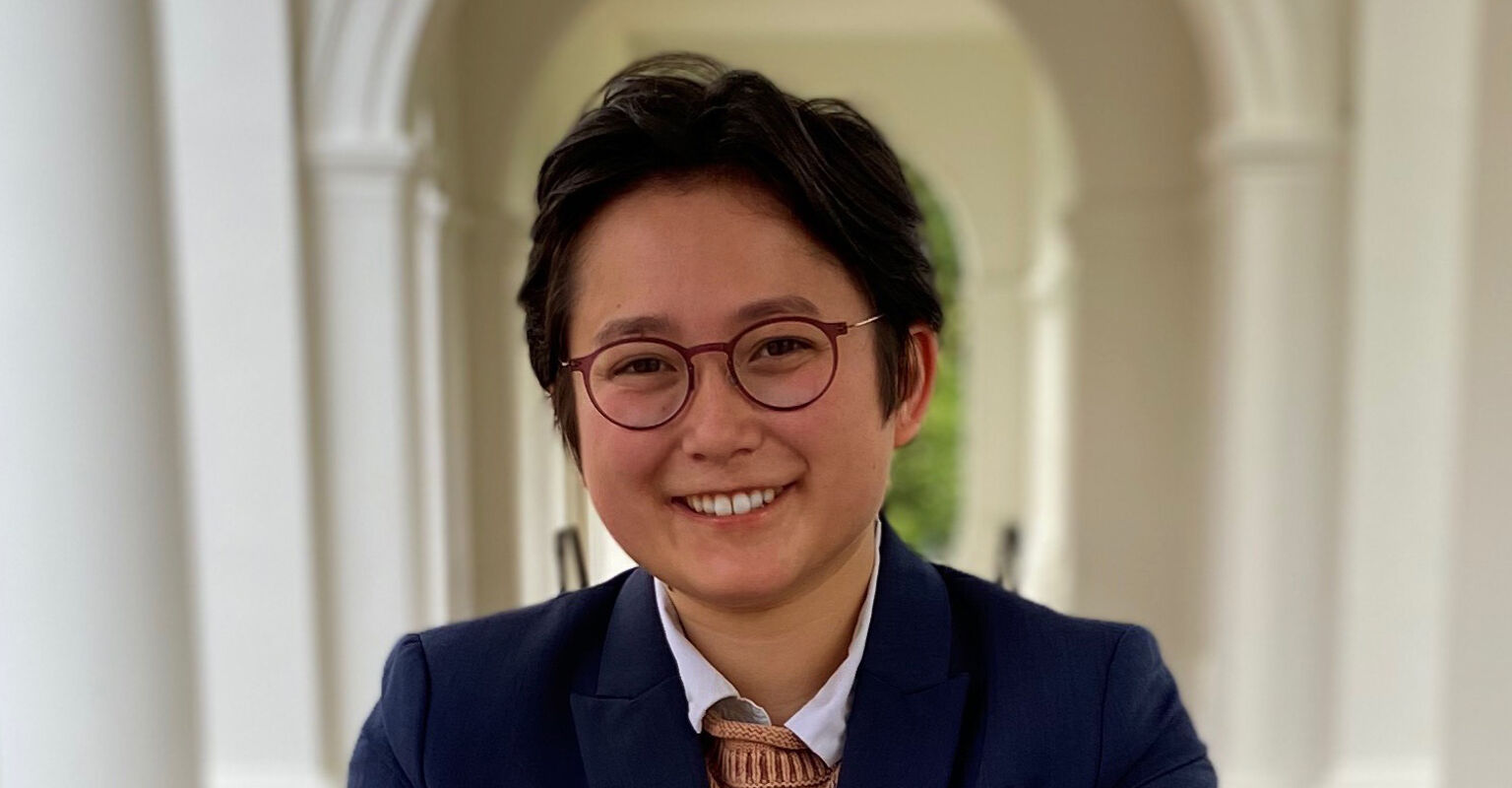 Abel Liu, 21, is the first openly transgender person to be elected student government president in the United States.

A third-year student at the University of Virginia, Liu won in a landslide, capturing 81.2% of the vote.

INTO spoke to Liu about his plans for UVA, facing transphobia on the campaign trail, and what his win means for the future of trans America.

First of all, allow me to congratulate you!

Thank you! My team and I are as excited as ever that we have such a strong mandate to push a very bold agenda of reform and change at UVA.

And what exactly does your platform entail?

I have quite a bit on deck for the school. So I ran on a platform of ushering in a new era of student government. Under this new era, we are being driven by three guiding values: equity, empowerment, and renewal. And under each of those values are a different set of policies.

Some of the policies that I’m most excited about would include implementing a CAHOOTS program, which is an alternative crisis intervention program. Another key policy is working to secure scholarships for the descendants of enslaved laborers at UVA. I’m also going to pursue affordable off-campus housing, to both help the college affordability issue for students and take pressure off of the local housing market for loan control to residents.

Besides your progressive policies, what do you think led to your overwhelming victory in this election?

I never expected my gender identity to become an issue in the campaign. It eventually did.

For the first half of the campaign, we were just pushing our ideas, and really enjoying interfacing with voters and telling them about what we wanted to do. As the campaign continued, unfortunately, some sort of a smear campaign emerged.

UVA has a large Inter-Fraternity and Inter-Sorority Council Greek life population. So if a conservative candidate wants to win, they have to mobilize that portion of the student body specifically. I think as it became clear to my opponent that I had a lot of support broadly, and that I too was running almost an anti-institutional campaign, that he needed to pivot. And so, unfortunately, he began kind of a transphobic misinformation campaign.

It began with mass emails and messages to these sororities and fraternities that misgendered me, named me as radical, you know, hating the traditions and values of UVA, and essentially saying that I wanted to abolish Greek life. That is not entirely true. So I eventually had the chance to just address it directly in my own mass emails.

What was interesting was that as more and more evidence of what he was doing came out, I was able to make the campaign a moral referendum. And I framed it that way for students. I said, you know, “This is a referendum on the type of school that we want to become. Do we want to become a school that endorses transphobic smear campaigns?” I think the fact that there was a clear moral choice on the ballot helped inspire a large margin of victory.

A post shared by New Era of Student Gov (@uvanewera)

I’m so sorry to hear about that smear campaign. It’s wild that people still will pull that kind of thing in 2021.

It is really crazy.

And in terms of your gender identity, it seems you are the first transgender student government president to be out upon election in recorded American history. How do you feel about that distinction?

When we won with such a wide margin of victory and such a strong turnout, I really only took it to mean that UVA chose an inclusive and equitable way forward. They rejected transphobia and a number of other hateful ideologies by electing me in the way that they did.

That was personally meaningful for me as a trans man, but I’m also aware of the meaning and value it probably will have to other trans or non-binary student government hopefuls in the future. So that’s really huge for me.

The other thing that I think is really incredible is that the first university to elect an openly trans president is in the south. And it’s at a school that has had a very troubled history with all marginalized entities, including queer identities, for decades.

In that same vein, you’re also the first Chinese American Student Council president in UVA history. What does representing that side of your identity mean to you?

There is heightened attention right now on anti-Asian racism. So the fact that I was elected as the first Chinese American president during this time is just another indicator of how much UVA has changed and how open it is now to an equitable way forward, at least on the student end.

I am always fascinated by the idea that I go to a school that epitomizes the tensions in American democracy, and that we had an election that was almost a microcosm of what happens in modern American political elections, and that the representation we’re bringing forward is also groundbreaking, not only at UVA, but nationally. And my identity as a Chinese American person is no small part of that equation.

Finally, transgender rights have been under attack across the nation recently. What do you have to say about the current anti-trans sentiment in America and how we can fight it?

I’m of the belief that a lot of conservative social policies are peddled to persuade large pockets of the American population to vote against their own economic self-interest. These hateful transphobic policies are often not based on science or research, and they go against the grain of, I would say, a modern consensus of how we should treat people with queer gender identities.

I do feel frightened by the speed and the intensity with which these policies are being pursued. I am worried that we haven’t moved forward far enough to pull back as quickly as we are without causing serious harm for many, many years. But I do believe that there is an appetite to take on this fight both within our generation and within the U.S. as a whole, but what’s required is really solidarity across all lines and identities to make sure that that happens. So there is hope in pursuing coalitions and solidarity and working actively across identities to protect marginalized voices and people, especially trans people.