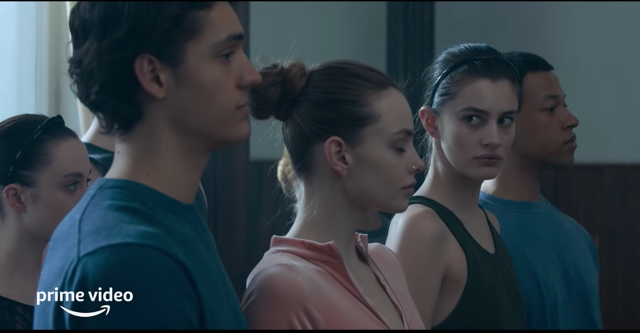 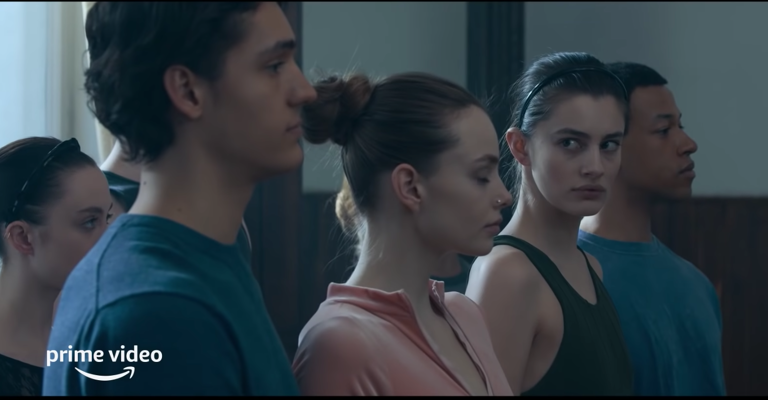 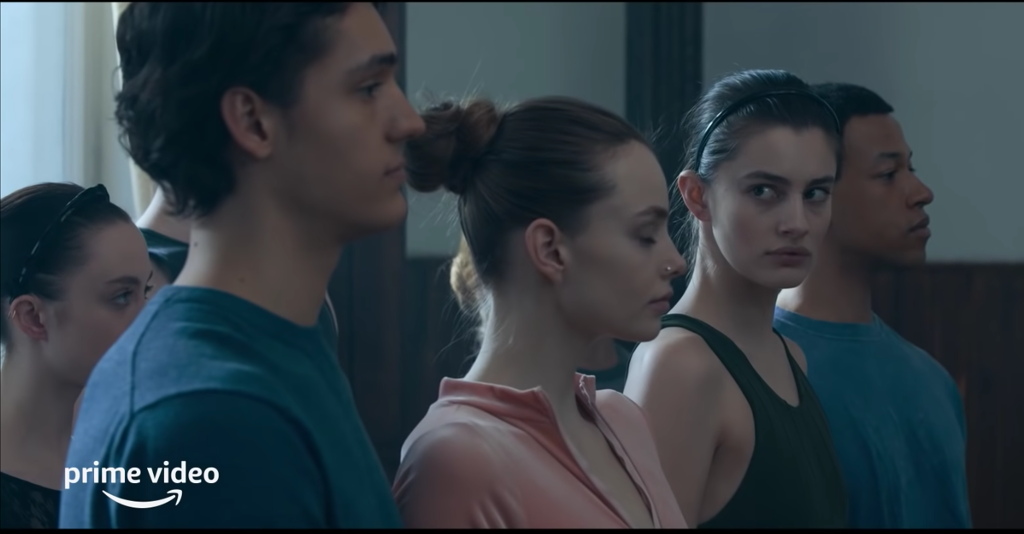 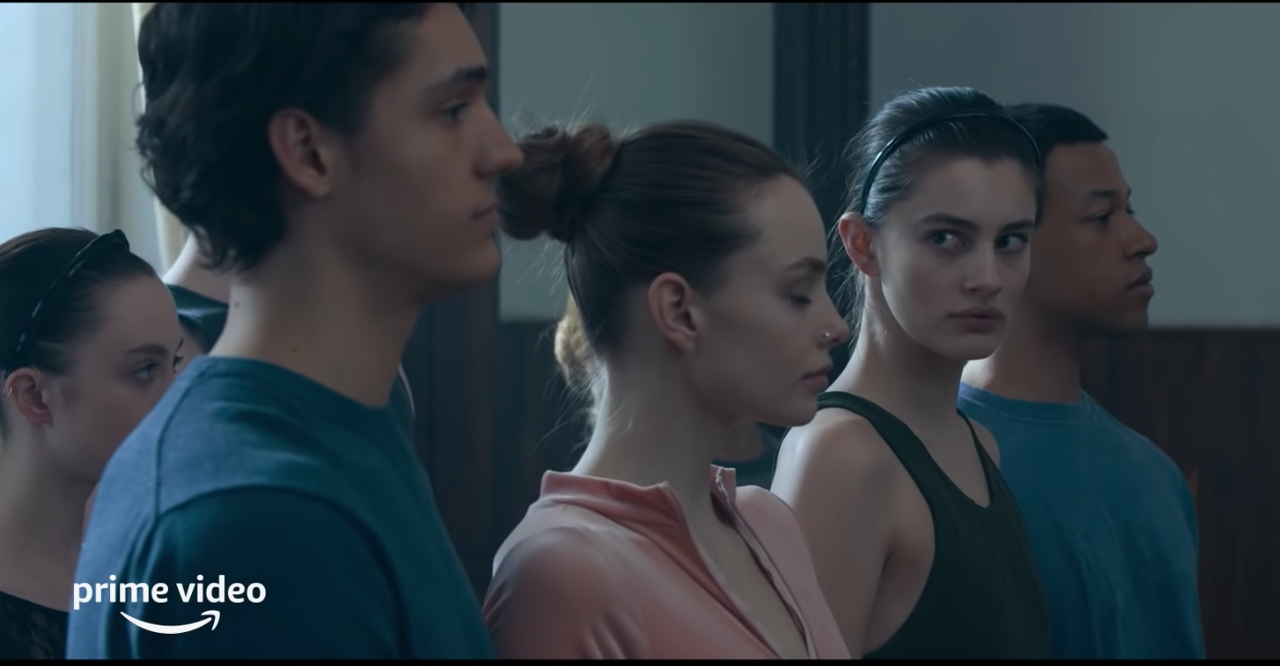 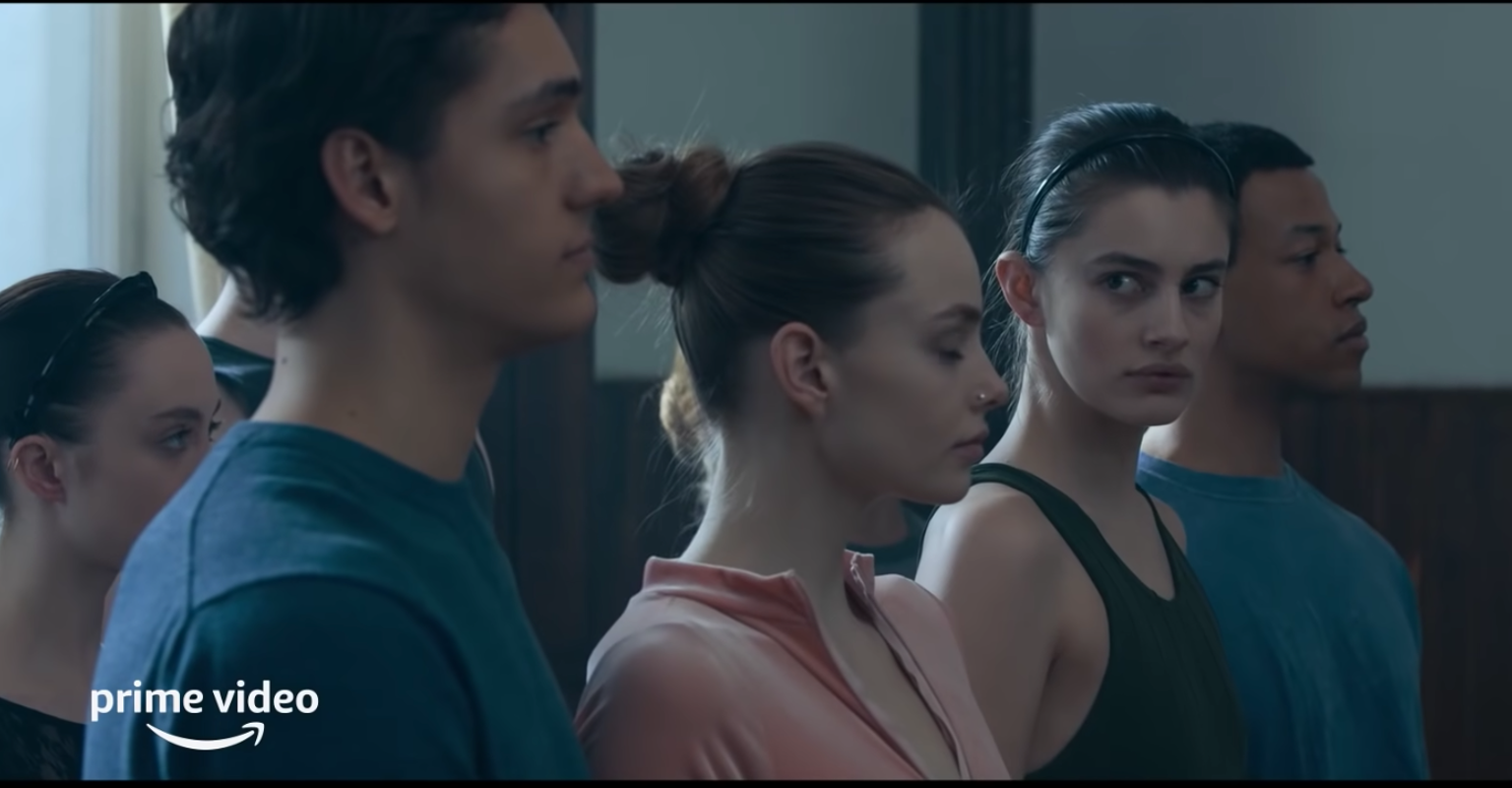 Set in Paris, the city of love, the hotly-anticipated film adaptation tracks elite ballerinas Kate Sanders (Silvers) and Marine (Froseth) as they compete for the chance to win their esteemed Parisian dance academy’s top prize: a coveted spot as the next member of the Corps De Ballet. Per the rules of the ferociously critical headmistress Madam Brunelle (Jacqueline Bisset,) there most certainly can and will be two winners; but, a firm tradition dictates one must be a boy and the other a girl.

As much as days are filled with the pursuit of pointed perfection, far more insight into the psychology of the academy’s students can be found after hours, when dancers are behind closed doors and cloaked in the darkness of night, when eating disorders, drug addictions, and unplanned sexual encounters run rampant. Without daylight, Smith’s surrealist style blurs the trustworthy boundaries of reality, as if to ask the viewers, are you sure things are exactly the same in the day as they are in the night?

Very much an homage to the psychological horror of its cinematic predecessors Black Swan (2010) and Suspiria (2018), Birds of Paradise is a project eager to combine the best of the two earlier classics. Channeling the competitive queerness of Natalie Portman versus Mila Kunis and adding a dash of the Berlin-based dance company run by Tilda Swinton’s nearly depraved Madame Blanc, Sarah Adina Smith attempts to build a coming-of-age story decorated with queer desire and the debilitating perfectionism of professional ballet.

Very much an homage to the psychological horror of its cinematic predecessors Black Swan (2010) and Suspiria (2018), Birds of Paradise is a project eager to combine the best of the two earlier classics

On paper, Birds of Paradise should be a hit; but with the plot playing out every overplayed trope of lesbian fanfiction between Kate and Marine, it’s easy for queer folks—lesbians specifically—to be turned off by the film’s reliance on stereotypes. If the film itself is framed within the competitive world of ballet, it shouldn’t be unfair for viewers to expect its true purpose to be revealed by the warping of its central lesbian relationship when placed within the stifling, competitive parameters of ballet.

But instead of a story about how queer love evolves under ballet’s intense, uniquely demanding circumstances, viewers are invited to watch two straight women enact lesbian cliches like “enemies-to-lovers,” “best friends-in-love,” “roommates forced to share a bed,” and “male-involved threesomes” for ninety-three minutes. Disappointingly, the instant on-screen chemistry found between two white and straight actresses was not enough to provide genuine moments of unreserved truth between Kate and Marine as a romantic couple.

The moments that seem the most honest in Birds of Paradise are merely cheap expressions of physical desire, the sexual nature of which is periodically proven to be made available for everyone and anyone who dances ballet at the highest level. Just as Benjamin, a professional ballet dancer, tells the very disillusioned Kate, “It’s never been an even playing field. It’s always been about sex, blood, money. It’s all that matters.”

For a mainstream film to be advertised as queer requires accurate LGBTQ+ representation, ideally bourne out by the lived experiences of its explicitly queer directors, writers, and actors. For instance, take Portrait of a Lady on Fire. Though lesbian director Celine Sciamma was far from alive in the 18th century, the romance between Heloise and Marianne exists with a subtlety indicative of publicly portrayed queerness both in history and present times.

Sciamma’s queer directorial eye is seen in the masterful creativity and overt sexuality of Heloise and Marianne rubbing hallucinogens on one another’s armpits like penetrative sex; it is seen in the parting of a book that folds like labia lips. Through deliberate effort, Sciamma reimagined the sex scenes to embody emotional yearning versus that of a purely physical portrayal.

Heading in the complete opposite direction, Birds of Paradise not only allows Felipe the teenage boy to be included in Marine and Kate’s sex life, but Marine’s jealousy of his character serves as the reason she sexually engages with Kate in the first place. As the two are making out in front of him, Kate and Marine provide distant voice-over narration. “He thinks he has all the power.” The pair of girls kiss in front of Felipe. “That we’re all in love with him.” They kiss again as if to prove they aren’t interested in him. Then, to complete what has become the embodiment of the way men fantasize about lesbians, Kate invites Felipe in with a kiss

And so, it is with my deepest condolences that I regret to report, Birds of Paradise wasn’t particularly interested in the responsibilities of portraying a queer story.  More so, the film sets off to tell a story that just happens to have queer characters in it. Add it to the never-ending list. ♦