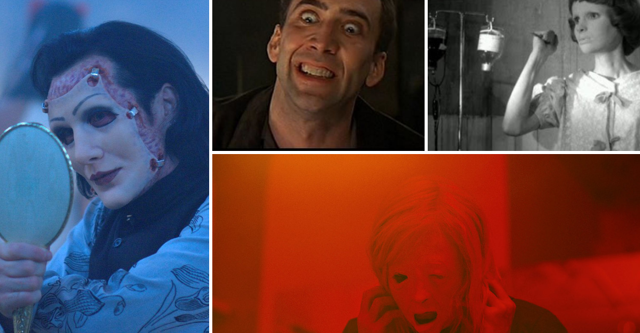 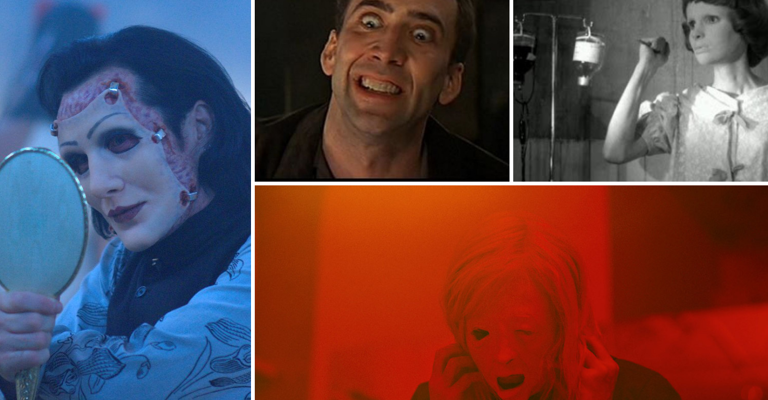 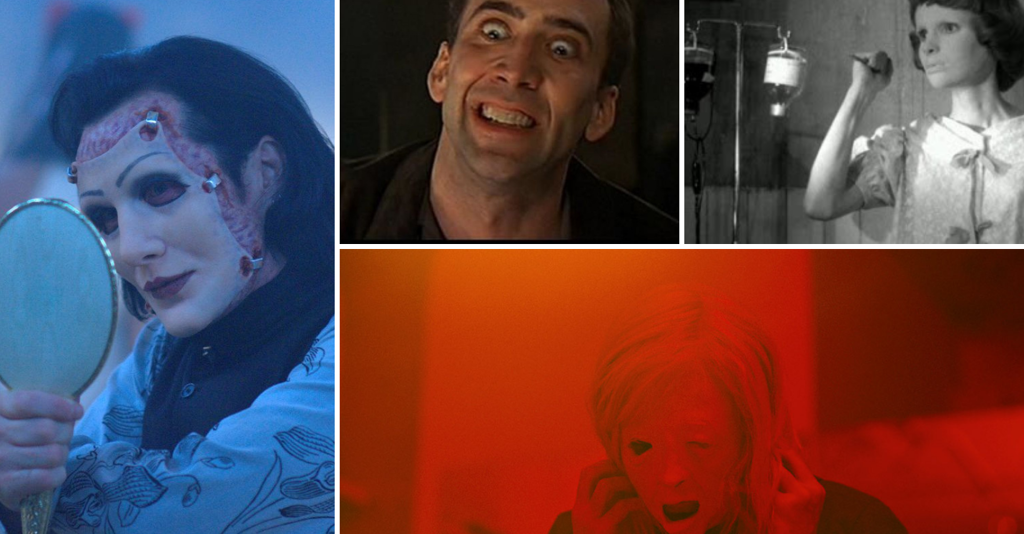 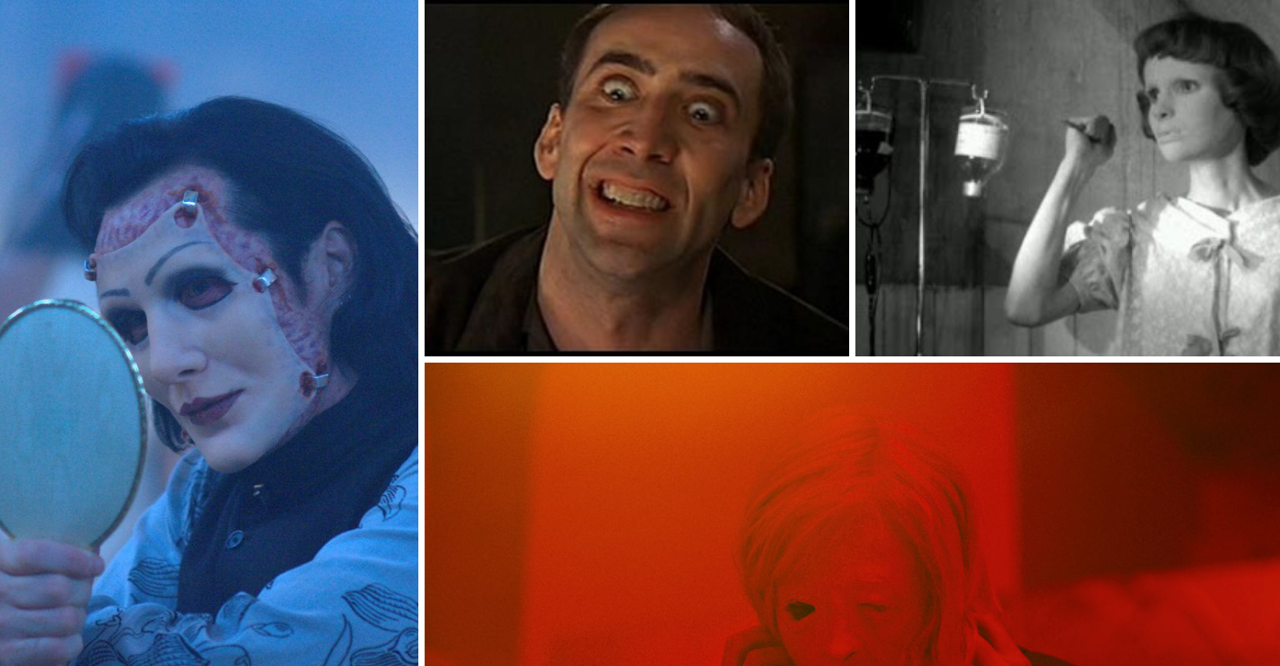 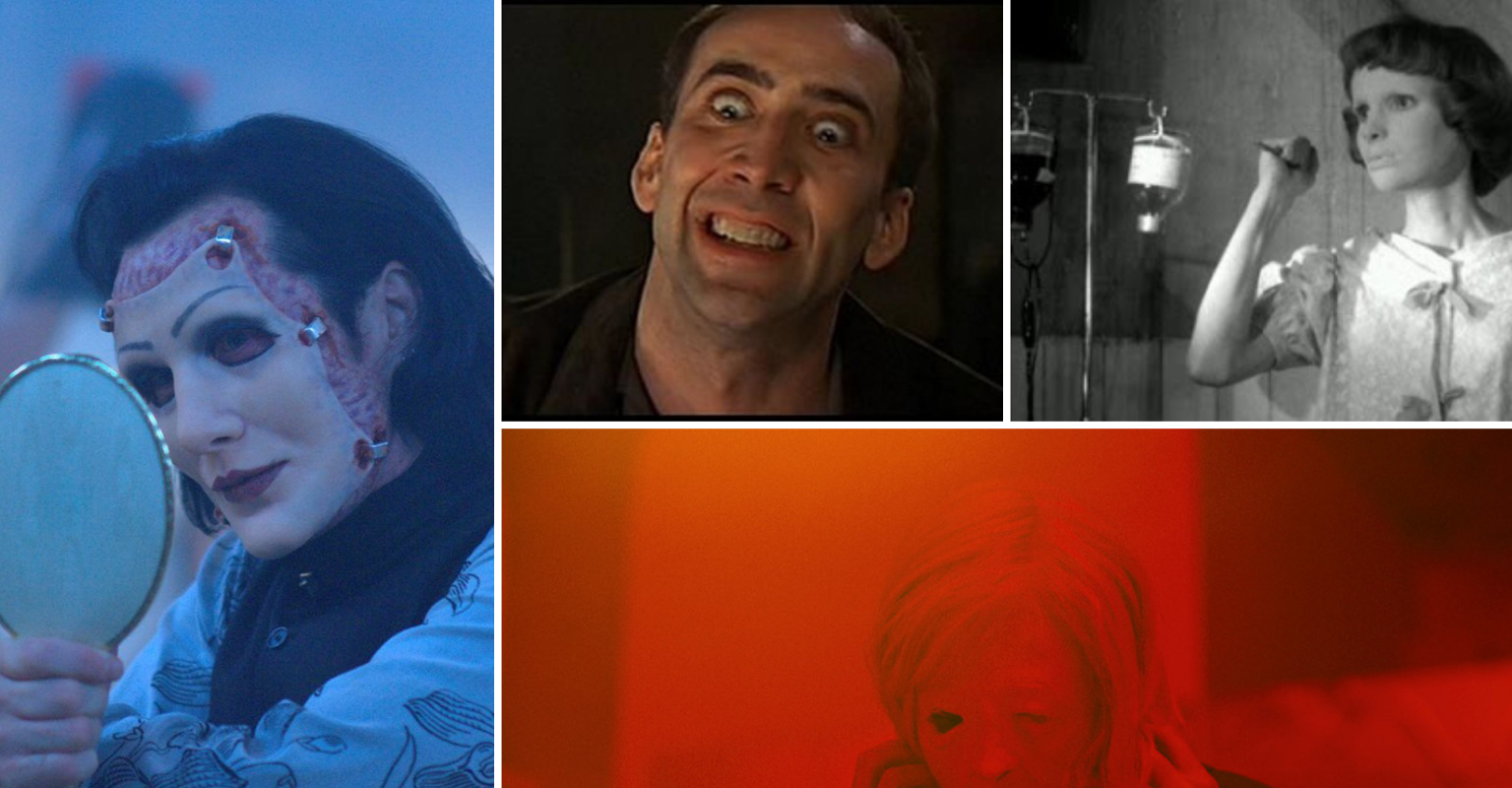 FFS: Three simple letters that represent so much about what it means to pass, what it means to be beautiful, and what it means to take power back from the clutches of dysphoria. I am a big believer in the power of cathartic cinema, and this list is no exception. Trans women know what violence is, both externally and internally. My own instinct is to find ways to laugh or at least acknowledge that pain, in the hopes that its damage might be mitigated. If you’re looking for something to watch in those few weeks after getting off the operating table, check out some of these body horror films.

Yes. I chose this film initially for the meme of it. Surprisingly, however, Face/Off is more than just a film where Nicolas Cage and John Travolta try to outact each other. It is a film about shame and regret and living a life that isn’t really yours. The film follows hotshot FBI agent Sean Archer as he agrees to swap faces with terrorist supervillain and rival Castor Troy in a film that’s equal parts Freaky Friday and The Killer. Come for the late 90s gun-kata, and stay for a film that deserves just as much of a spot in the trans film canon as The Matrix (which came out only one year later.)

Eyes Without a Face

Perhaps the most conventional film on this list, and certainly the most straightforward, Eyes Without a Face is a classic French horror film that follows plastic surgeon Dr. Génessier as he attempts to reconstruct his daughter Christiane’s face using skin from unwilling women in and around Paris. The film plays with the fairy tale of Beauty and the Beast by crossing it with Frankenstein. Eyes Without a Face is a necessary watch for anyone interested in classic horror, as well as waifish sad girls. Christiane’s overdramatic lamentation on the loss of her beauty (and her face) is something I know all too well.

Videodrome was one of my first experiences with trans femininity, so it’s only appropriate that at least one Cronenberg makes this list. Possessor follows Vos, a corporate assassin who avoids capture by hijacking bodies to be used as disposable avatars, always against their will. If you loved the bleak corporate landscape of Inception or the existential woe of other transfemme classics like Ghost in the Shell or Under the Skin, this film is for you.

If you’re looking for something that’s a lot less serious and a lot more camp, try Saw director Darren Lynn Bousman’s dystopian horror musical Repo! The Genetic Opera. While my own thoughts about the political relevance of Repo! can be found here, what those thoughts don’t mention is how a film about going into medical debt to afford life-saving surgeries may have room for some transgender readings. Of particular note is the Zydrate Anatomy number which manages to turn the desire for drugs, surgery, and heavy metal into a sadomasochistic romp which belongs in a much better film. While Zydrate is certainly the best thing Repo! has to offer, it doesn’t dismiss other notable moments like Paris Hilton’s face falling off or Anthony Stewart Head using a corpse as a puppet. Repo! is just insane enough that it transcends its faults and becomes of the best tone-deaf, campy, so-bad-it’s-good musicals you can see.

So far, this list has included films that are, expectedly, incredibly violent. One of the successes of transfemme culture is the way that pain has been abstracted and divorced from its power.  Surgery is incredibly violent, but FFS is often a necessary process for many so that we can be spared further harm from external (or internal) forces. At the end of the day though, pain is still pain and the violence of surgery is at most a corrective pain meant to remedy the damage done to trans bodies by puberty. However, none of this violence is inevitable. There are those few and precious trans children who have been able to transition young. Alice Junior is one of them.

A coming-of-age story about a teenager seeking her first kiss, Alice Junior is the kind of story so many trans women could’ve had if we were able to transition earlier in life. Alice is young, and beautiful, and trans, with a supportive father and friends. Her story acts both as an escapist fantasy for those like me who transitioned after puberty, but also as a celebration of those rare young girls who have been spared the pain that too often dominates life as a trans woman. It reminds us that there is nothing inherent about pain and suffering. While the personal objectives of FFS may vary, they share a collective goal: to be able to see and be seen as ourselves in truth. ♦

Emma Ambrose (She / They) is a queer trans writer based out of the SF Bay Area. She specializes in writing on Cyberpunk, Body Politics, and LGBTQ+ Film Criticism. When not writing, Emma enjoys thrifting and going on walks. Complaints, concerns, and thinly veiled threats can be directed to her on Twitter @VaporTrans98.