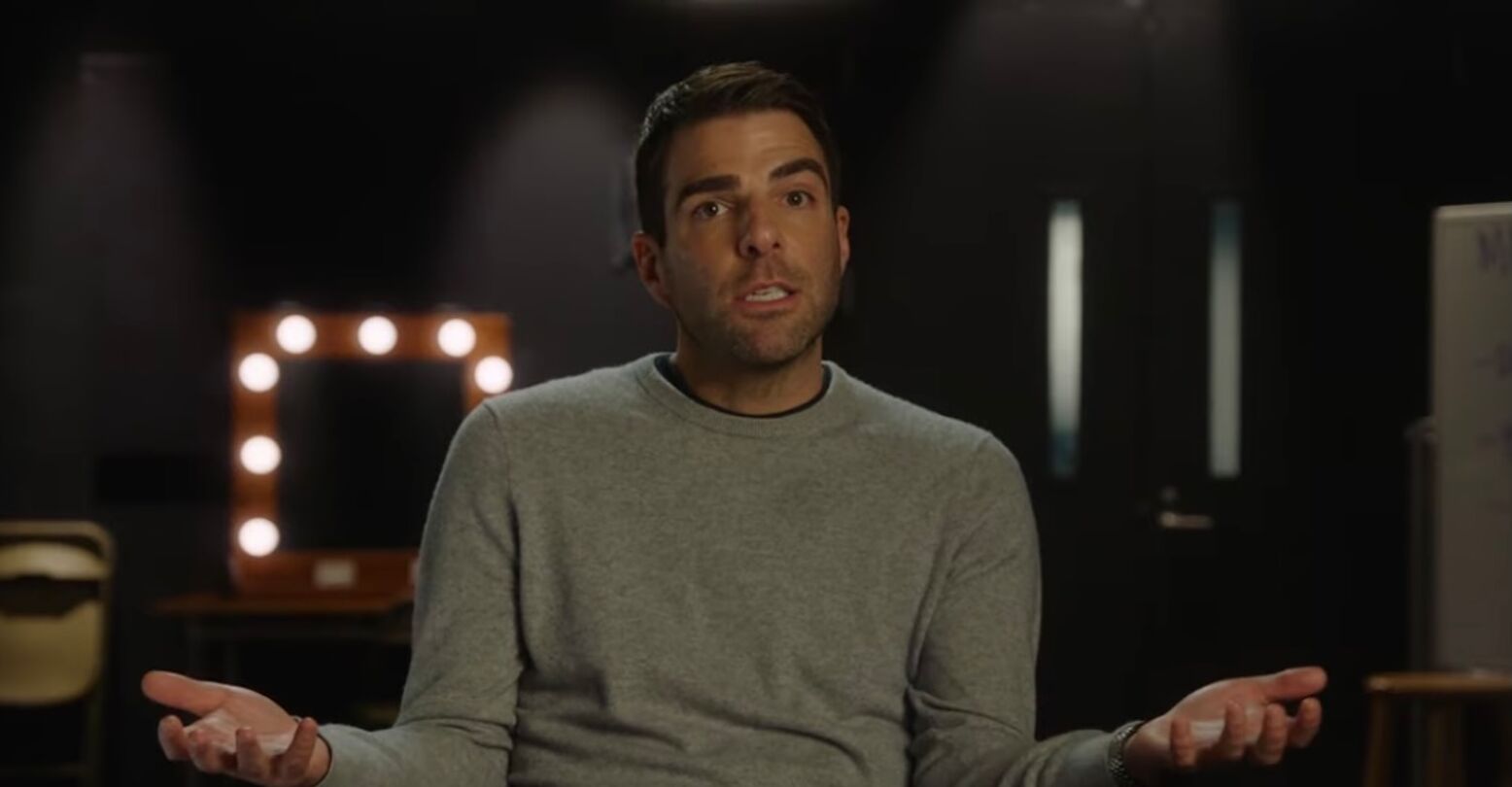 Everyone, rejoice. Our favorite sci-fi and superheroes actor (well, favorite in anything, if we’re being honest) Zachary Quinto has a new movie in the works, but this one doesn’t sound like it’ll have close to a similar storyline like much of Quinto’s other work, including Heroes, Star Trek,  NOS4A2, or Hotel Artemis.

Quinto is starring in an upcoming film dubbed the Down Low written by Lukas Gage of Euphoria (Gage played Tyler, a college student in the show’s first season) and Love, Victor fame, who is also starring in the comedy. The other top line cast members named so far are Audra McDonald, Simon Rex, Sebastian Arroyo – in his top-billed debut – and longtime veteran actress, ally and activist Judith Light.

Rightor Doyle will direct this as his feature film debut. According to IMDb, you can also expect Christopher Reed Brown, who has appeared in Elementary and Mysteries of Laura, in the movie as well.

While details regarding what the film will be about were not immediately clear, the comedy, according to its logline, “centers around a deeply repressed man, the uninhibited young man that gives him a happy ending, and all the lives they ruin along the way.”

It sure sounds like it’ll encompass a queer or queer-alluding storyline. Either way, count us in!

Gage is writing Down Low with Phoebe Fisher, who he worked alongside with on HBO’s The White Lotus. If you may recall, Gage infamously posted a video in 2020 of himself about to start auditioning for a director on Zoom, during which the director insulted him several times while he thought his mic was muted and Gage couldn’t hear him.

Gage not getting that role not only allowed him to work on The White Lotus, but has only raised his profile among other actors and now he’s already writing projects with A-list talent attached to it.

The film is already in post-production and according to Deadline, it’s being produced and sold by FilmNation, with Ashley Fox and Lucas Wiesendanger as producers, alongside Ross Katz and Sui Generis Pictures as a producer as well.

While Quinto might not be recognized by all for his comedic talent, (although he lends his voice to the character Aiden in Big Mouth and has appeared in Unbreakable Kimmy Schmidt, Robot Chicken and What’s Your Number?), he has plenty of experience showing it off. Or have you not seen any clips from his 43-part online acting class series?

There isn’t many other details about the film at the moment. We’re assuming that the people working on it want to keep it on the… down low. Insert rim shot here.