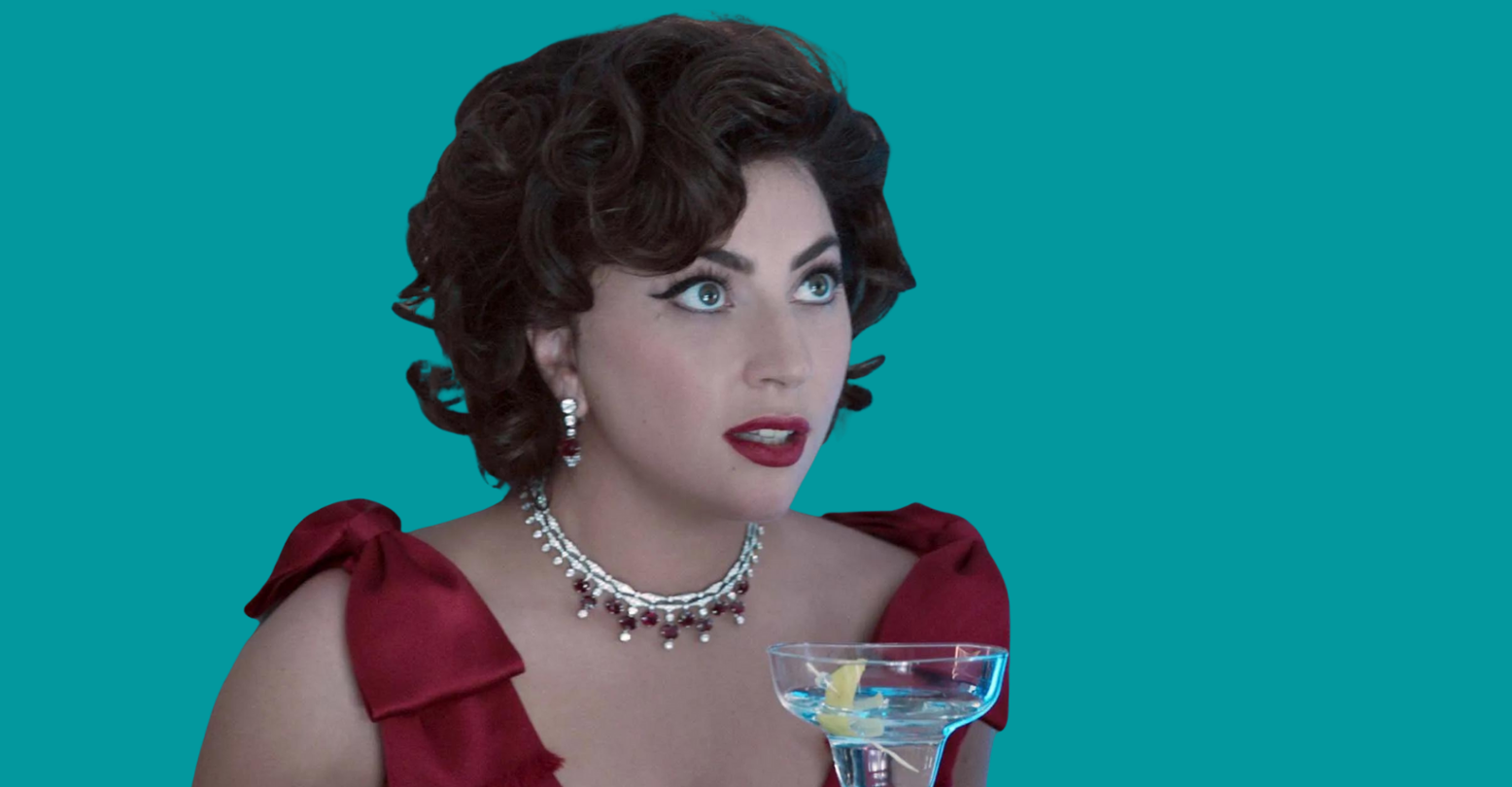 House of Gucci is all about excess. It’s a story of very rich people behaving very badly, and to make matters even campier, there’s the murder part. Everyone has been talking about the over-the-top Italian accents the ensemble cast employs ever since the trailer dropped. But that hardly covers it. There is excess all over this film; in the long running time, in the plot, but most of all in the performances. Big bold choices have been made all around: the accents are just the tip of the iceberg.

To make all this excess palatable to audiences, the film begins with the love story of Patrizia Reggiani (Lady Gaga) and Maurizio Gucci (Adam Driver), just a few years before she takes out a hit on his life. “If she started out as a gold digger who just wanted to marry Maurizio for money, the journey for her would have been dark and difficult for the audience to relate to,” the screenwriter Roberto Bentivegna told INTO at the film’s New York premiere. “By making the story at the beginning somewhat romantic, that really gave us a lot of leeway dramatically.”

He’s right. That beginning is strong: It’s written well, directed well by Ridley Scott, and played well by Gaga and Driver. If this were any other movie, these scenes would be the highlight. House of Gucci, however, has many other characters and plotlines to get into. That’s when the fun starts.

These characters call for un-subtlety: The actors oblige by going big.

We’ve met the Gucci heir and the woman who marries him and then plots to kill him. There’s also his faded, retired movie star father Rodolfo (Jeremy Irons), his shady uncle who runs the family business Aldo (Al Pacino.) Aldo’s son, the failed designer and family laughing stock Paolo (Jared Leto.) Not to be outdone by all these Gucci family members, Patrizia has an ally of her own: Pina, an eccentric hotline psychic played deliciously by Salma Hayek. The film also finds time to dramatize Tom Ford’s (Reeve Carney) reign at Gucci and his notorious 1995 first show with exposed male buttocks.

These characters call for un-subtlety: the actors oblige by going big. In addition to the aforementioned accents, there are wild gestures and over-the-top mannerisms. They are aided by wigs and garish 1980s costumes. These are risky choices that most actors don’t dare to take for fear of falling flat on their faces, but this ensemble seems fearless. Except for Driver, who gives the only restrained performance. He’s a needed center of calm for the others to bounce off of. Pacino gives the standard Pacino treatment, but this time it comes with a sometimes-there, sometimes-not accent. And, much like the accent, he’s only intermittently watchable. Irons chooses a subtle accent, but compensates with many mannered gestures in a clear throwback to 1950s acting, totally befitting his character.

These actors skirt the line between commitment and caricature so many times, with some crossing over never to return. And by some, I mean Leto. Perhaps emboldened by the fact that he’s unrecognizable under heavy makeup and prosthetics, he makes a few rough choices. The voice is high-pitched, sometimes verging on a whisper. The speech pattern is fey and comes out in waves. He moves his body strangely, possibly to convey the gait of a man weighed by defeat—or maybe it’s just the prosthetics he’s carrying. His scenes with Pacino are a mismatch of styles and accents that do not cohere. But when he’s paired with Gaga, he’s a hoot. When these two are in the same frame, House of Gucci becomes an absurd comedy, one in which the audience can’t help but laugh and enjoy themselves while realizing that what’s transpiring in front of their eyes does not make any sense. It’s probably not what Scott intended, but hey, it works.

The real star here is Gaga. Of course, who else could it be? Early in the film, Patrizia is compared to Elizabeth Taylor. Gaga gives the kind of movie star performance that Taylor used to do. Every move, every line reading is maximized to elicit a grand effect. You can’t take your eyes off of her. Does she get the psychology of the character right? Only occasionally, but it doesn’t matter. She’s as unrealistic as movies inherently are: Acting is artifice trying to mimic the truth. But sometimes an actor goes beyond and gives the audience something majestic that’s better than an approximation of the truth. This is why watching movies is fun, and Gaga fully delivers that.

Gaga gives the kind of movie star performance that Taylor used to: Every move, every line reading is maximized to elicit a grand effect.

We have seen the memes, just from the trailer. Expect more to come out as the movie is more widely seen. I nominate the scene in which Maurizio’s lawyer (Jack Huston) tries to serve Patrizia divorce papers. Patrizia cannot accept that her marriage is over. She’s delusional and in deep denial. Gaga dramatizes that by constantly moving her hands around her face. Walking back and forth to where Huston is standing, as if she doesn’t know where her mark is. Sometimes it seems like she might have forgotten her lines, but she’s too much of a professional to miss these fundamentals. This is an actor playing a character’s confusion in such a transfixing way, we think they themselves are confused.

For sheer visual chutzpah, nothing beats when Gaga goes biker chic. Patrizia engages Pina to hire two contract killers to off Maurizio. For the initial meeting, Gaga and Hayek are styled like the criminals they are about to become. Gaga is in tattered jeans, leather jacket and a severe short haircut. Her performance in the scene matches the costume: She speaks out of the side of her mouth, in clipped tough tones. Again, the hands are all over the place. It’s as if Patrizia has become someone else entirely. It’s totally unbelievabl yet so watchable. To enjoy this film, you must check your sense of reality at the door.

Shaggy and long, House of Gucci doesn’t always work. Sometimes it’s unnecessarily serious and gets bogged down by the myriad plotlines. Sometimes its narrative shifts seem abrupt. For example, we never get why Patrizia and Maurizio’s marriage goes sour. One minute they are in love and plotting the takeover of the family business, the next he’s dead cold towards her. But when Gaga is onscreen, it’s fun, it’s fire. It’s a throwback to another time when movie stars ruled and screen charisma mattered. And for that, it’s a treasure amongst this year’s crop of movies.♦