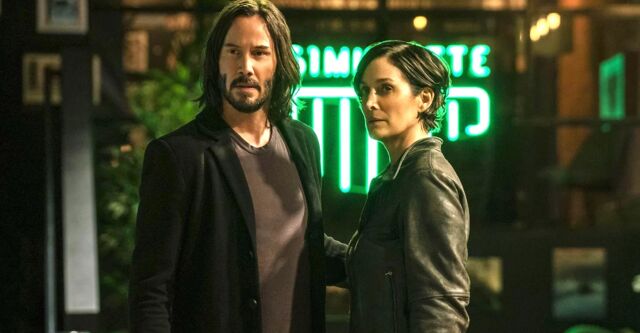 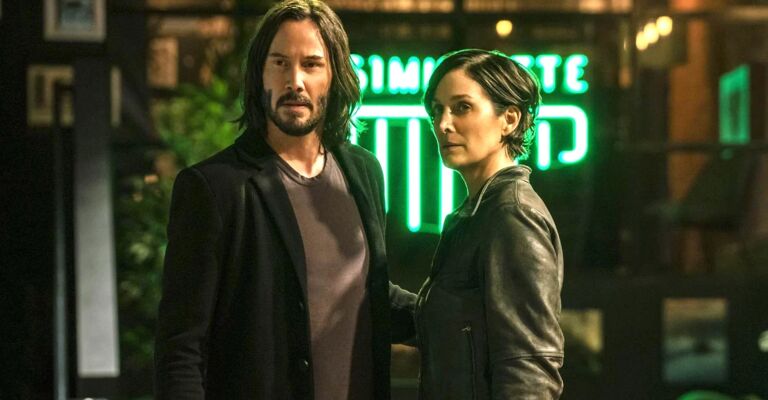 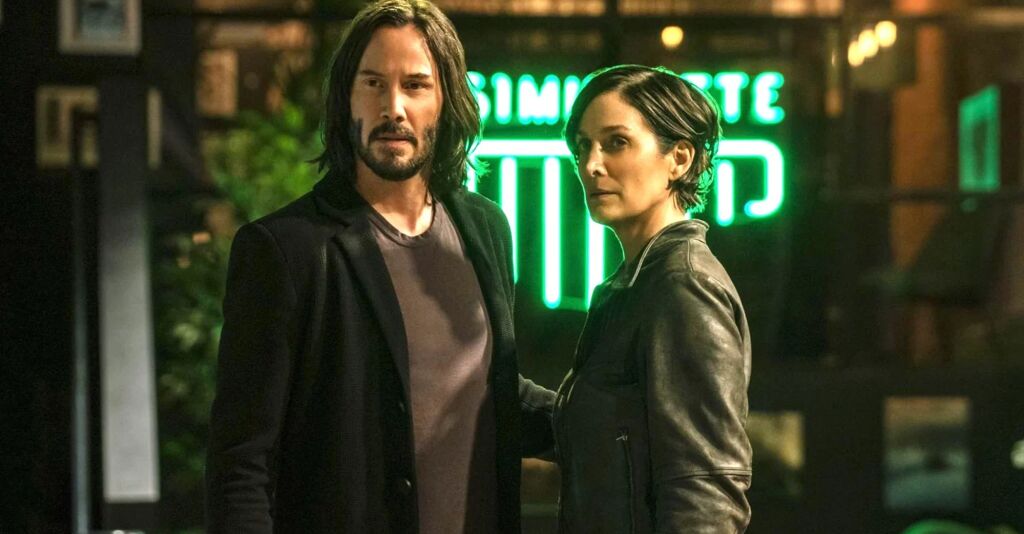 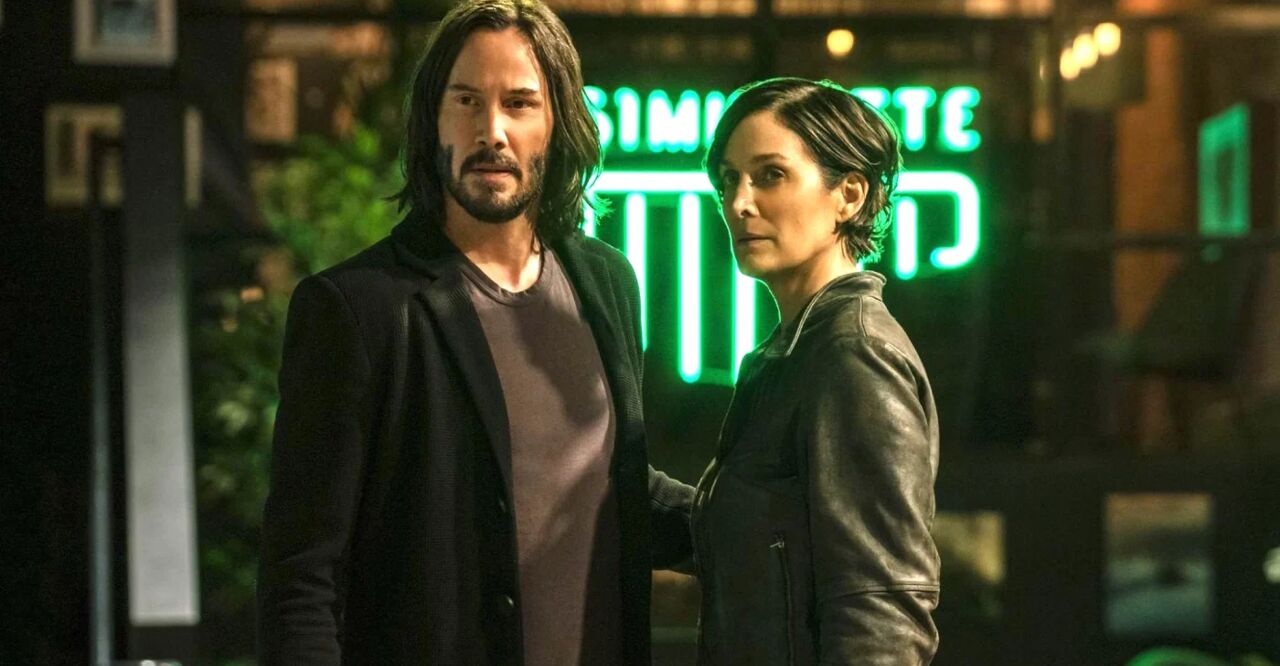 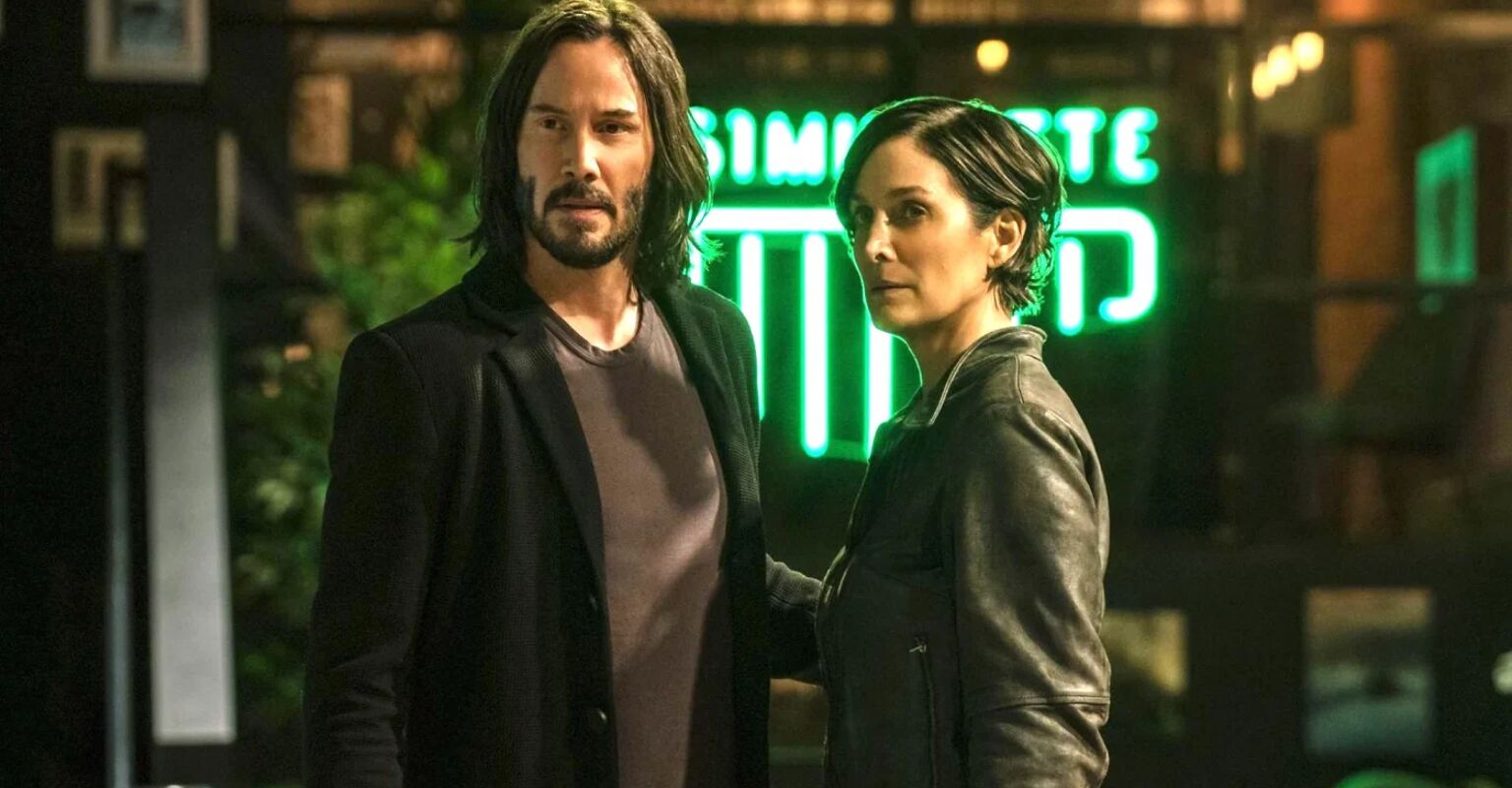 Like many white sad girls, I had an unhealthy attachment to Sylvia Plath back in college, her poem “Daddy” in particular. In it, Plath struggled to make sense of, and overcome the engulfing power her father and masculinity writ large had over how she understood herself. For whatever reason, the poem resonated with me, and I attempted to write my own version. It was vicious, raw, and—perhaps thankfully—unfinished. As with nearly all of my pre-transition writing, it’s almost pathetic how obvious the metaphor was. Every once in a while I’ll go back and work on it, but something always blocks me from returning to the place I was when I began.

Sitting down to write a piece on The Matrix: Resurrections feels very much like trying to finish that poem, or being in the Deus Machina writer’s room trying to figure out how to recapture the magic of the original films. There are so many angles to approach from and it’s fitting: After all, what the original Matrix films understood was how imagination has provided queer people a way to escape the narratives that confine us. However, there are limits. There are only so many levels of reality you can pull back without tearing the world apart. At a certain point, only one thing remains: death.

Resurrections is a dark film, both on a personal and collective level. One of the only reasons Lana Wachowski even entertained the thought of writing the script was as a means to process the death of her parents. When faced with the void, the only logical choice is to turn back and reflect. Imagination, while fine and good, does not save us from our political and lived reality. It does not save us from existing in bodies that age and die; from watching the world turn for the worst.

What the original Matrix films understood was how imagination has provided queer people a way to escape the narratives that confine us.

Much of the film rests in a single compact metaphor. Neo and Trinity are ‘resurrected’ so that their yearning can provide the main energy source for a new matrix. Many critics have already spoken on what this says about corporate chimeric zombie franchises: I will point to Emily St. James’ recent piece on the subject. However, one reading I’ve seen less of is far more literal. In an Omelean fashion, an entire system is fueled by the suffering of two people.

In the original films, the matrix was a neutral evil ruled by “facts and logic.” The goal of the system was to keep all people asleep and away from the truth. Its primary means of violence was striking down those who rose up against it, personified in SWAT officers and Agents. According to Resurrections’ new antagonist, The Analyst, his matrix is based on emotion. It’s targeted, fueled by the yearning of two people to be together, and the willful denial of their bond. The Agents are largely gone because they’re unneeded. Instead, a hoard of plain-clothed zombies can saturate anywhere and overwhelm anyone they deem a threat.

The nature of the machine has changed, and the metaphorical queer reading is obvious. We can no longer remain anonymous and our visibility only makes us more easily surveilled. From being trapped in the therapist’s chair to being stuck in a corporate job, to the nightmarish “bullet time” sequence, Neo is trapped in near-constant paralytic states. “It’s an apt indictment of the state of queer cinema, stuck in perpetual fear, of unconsummated touch, of death, of using the exact thing that defines you to control you,” writes Sam Bodrojan in her excellent, excellent review of the film,

“The trap Wachowski rather understandably falls into time and again throughout the film—a trap so easy to fall into as a trans person surrounded by persistent and silent death—is that we cannot verbalize what we feel into existence and must instead urge ourselves to speak in code, [to] relive suffering in order to keep our ghosts alive.”

The nature of the machine has changed, and the metaphorical queer reading is obvious.

If the original Matrix was about living two lives, then Resurrections is about living in the gap left between lives or more aptly, narratives. “We tell stories in order to live” wrote Joan Didion, in what may be her most well-known quote. Didion passed a day after Resurrections’ release, and I think The Year of Magical Thinking provides a good comparison. In the memoir, death robs Didion of a stable narrative, and she becomes unmoored in space and time, lost in memories of a collapsing world. The horror of being trapped in such a void is realizing that the world you once knew is gone, and will never be recovered. When I look back at my uncompleted poem, I realize it is a small casualty of a life left on the rooftop across the chasm; any attempt to return being on borrowed time.

“Daddy” to me was always a poem of transformation. Plath resurrects the forms her father had taken in her previous work, only so that she could destroy them one by one, but by the end of the poem she is understandably exhausted, unable to move forward. “I’m through” is an incredibly ambiguous final line. Is she finished with her father, or finished fighting against him? Resurrections is similar. While Wachowski returns to reassert her ownership over The Matrix and ends the franchise on her own terms, those terms do not provide much practical use for our political moment.

Between Revolutions and Resurrections, the city of Zion falls because its residents refuse to accept that one miracle wasn’t enough; that miracles, like any narrative, decay. The Matrix served its purpose and helped so many wake up, but its metaphor was never going to save us. We are stuck like Trinity in the film’s final act; lifted up by the ghosts of those who have passed, and the blue-haired, new pronoun-ed baby queers, looking now to us to provide them with guidance. Like an adolescent deity, we struggle to find the words which would render a new world into existence.

The Matrix is dead. Long live whatever may come next.♦