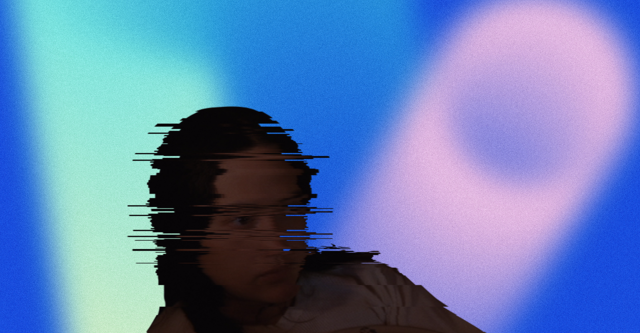 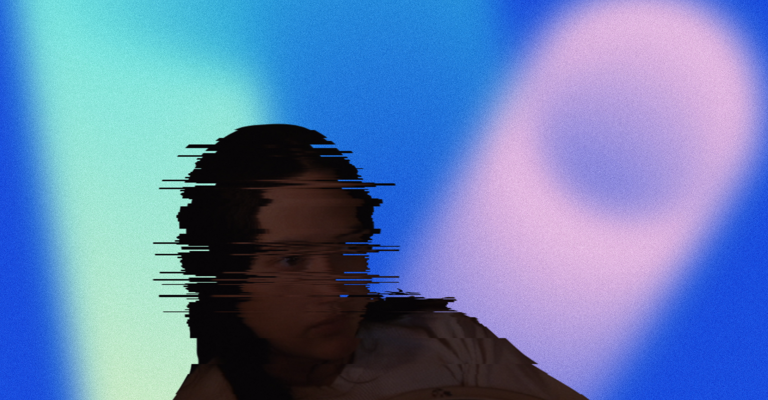 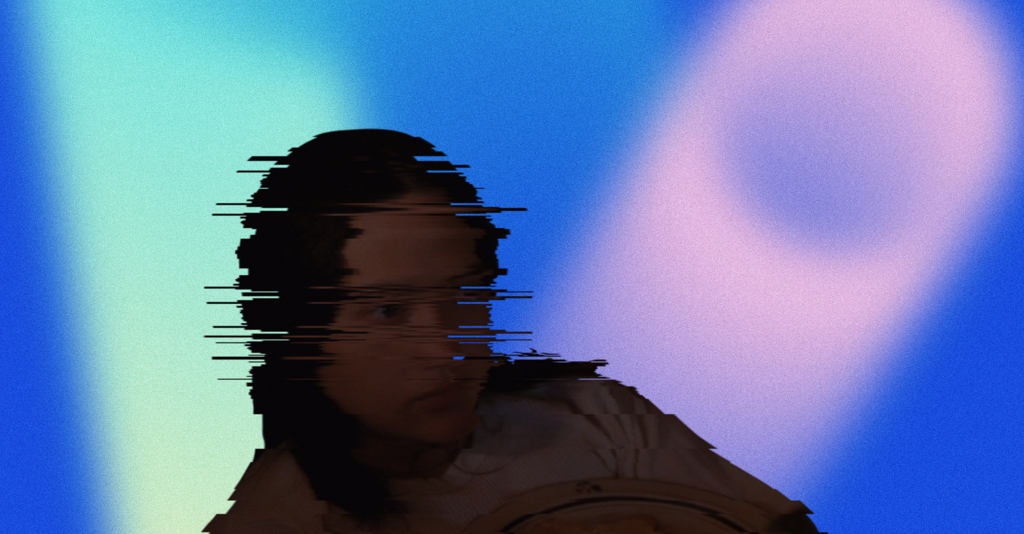 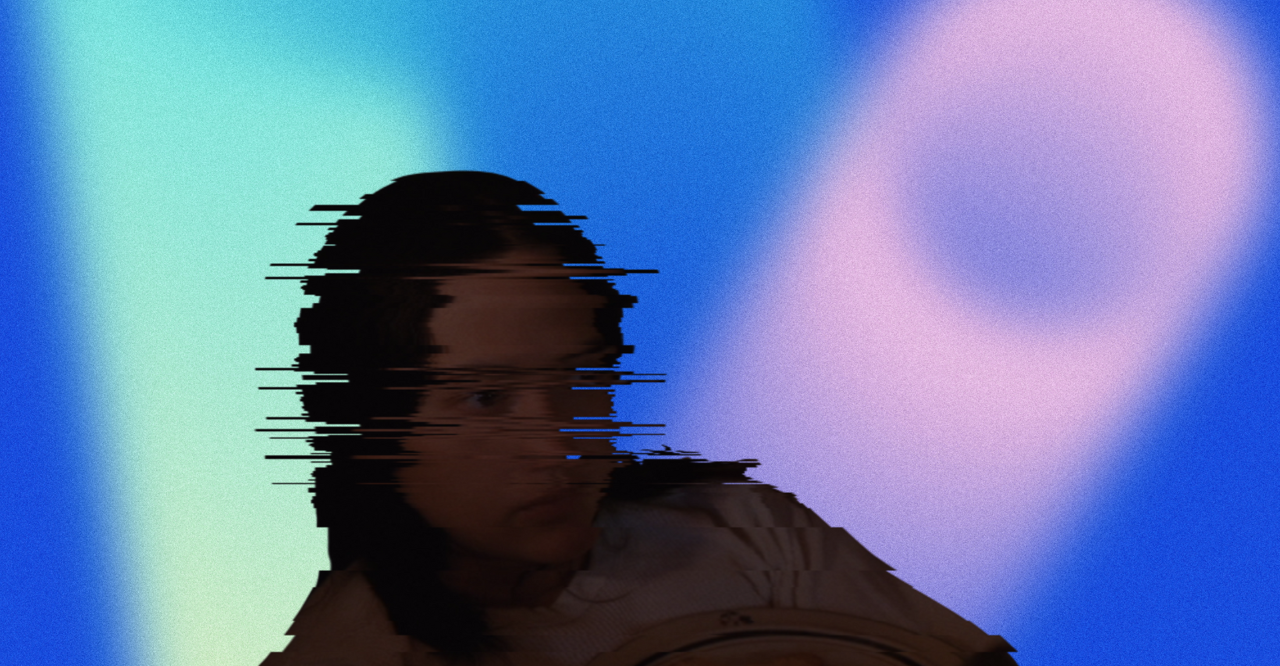 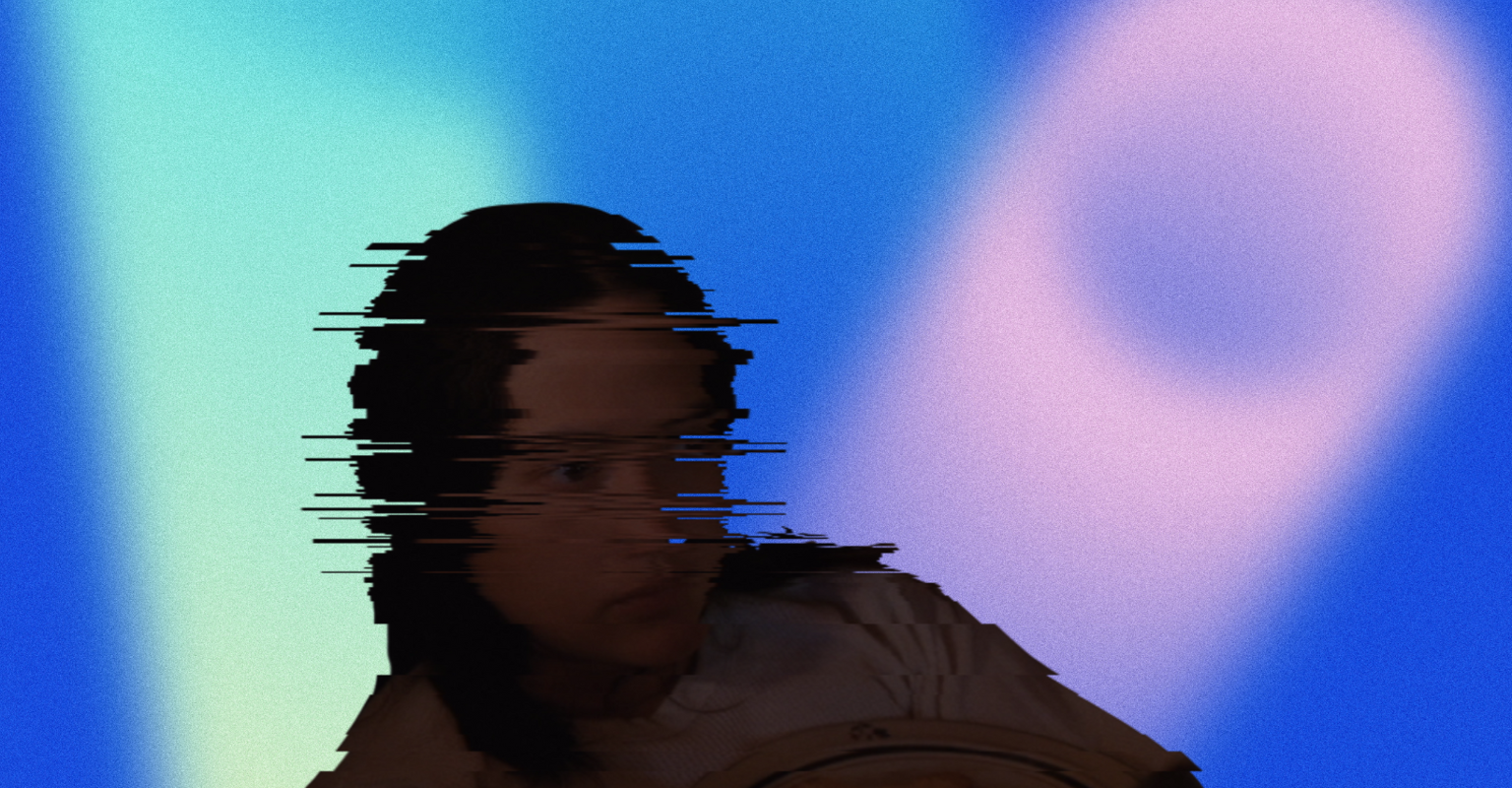 Lily Gladstone is decidedly having a moment. In March, she drew raves for her performance in the road trip film The Unknown Country, and she has a prominent role in Martin Scorsese’s 2023 feature Killers of the Flower Moon. But it’s in Kelly Reichardt’s 2016 film Certain Women where Gladstone first showed us what she could do while giving us one of the best performances of the decade.

First, a few words about the acting in Reichardt films: the work is exquisitely subtle. It often relies on inference alone; in Certain Women, you see James LeGros’s Ryan getting dressed after sleeping with Laura Dern’s lawyer character in the film’s first scene. Later, when you see him coming out of the tent to greet his wife Gina (Michelle Williams), you instantly know everything you need to know about their marriage, and that subtext informs their interactions for the rest of the film. The two don’t openly quarrel, so LeGros and Williams’s acting has to make us feel that combativeness subtly. In a Kelly Reichardt film, the actors must let their characters’ emotions and inner states show only a little. You won’t find any screaming, crying or acts of sudden violence, but subtlety is its own art.

Certain Women is based on three different stories by Maile Meloy, all taking place entirely within Montana. The first concerns a lawyer (Laura Dern) having to deal with her client (Jared Harris) after he takes a security guard at her office hostage one night. The second vignette is about the aforementioned Gina and Ryan, who meet with an old man (Rene Auberjonois) to buy a pile of bricks for the home they plan to build in the woods.

But the third part, based on the story “Travis, B,” is where Lily Gladstone comes in. Her character is not named in the film (the credits refer to her as “The Rancher”), but in interviews, Gladstone calls her Jamie. Jamie works alone on a ranch, where her only visible bosses are the animals she takes care of. It’s not a permanent job; she’ll have to find another after the winter ends.

Jamie is lonely. Reichardt’s protagonists often are, even when in groups. But in Jamie’s work, loneliness is not always a bad thing. We see the boredom and emptiness that comes from Jamie’s loneliness in the first shot of Gladstone’s face, as Jamie watches TV after the day’s work is done. 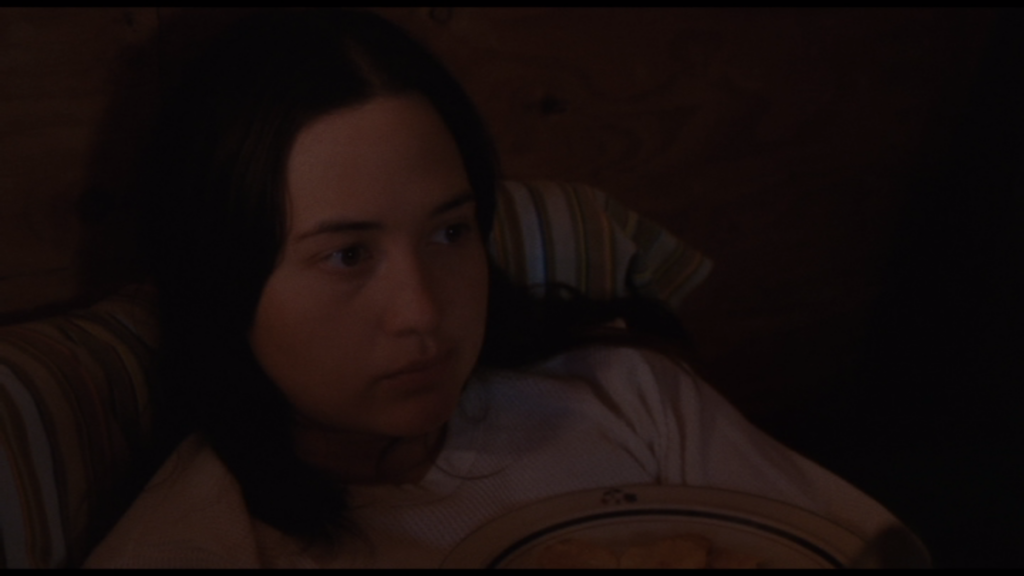 Driving into town that night, Jamie wanders into a teachers’ ed class on school law, taught by Beth Travis (Kristen Stewart.) When Beth, off-screen, turns to the chalkboard to write her name, Gladstone’s eyes look off to the side before finally fixing on her, the same way someone filled with anxiety looks when they see someone so beautiful they’re unsure whether they’re allowed to look at them or not. There’s a slow inhale, and we understand that she is smitten.

Jamie iss the last to leave, and because of this, Beth strikes up a conversation. She asks Jamie where she can get food, and Jamie takes her to the town diner. There, she learns that Beth doesn’t want to be teaching the class. She mistook the name of the town, Belfry, for Belgrade, which is closer to Livingston, where she works at a law firm. Every time she teaches the class, which meets twice every week, she has to drive a combined eight hours there and back. She also has to work the morning after. She admits to not knowing anything about school law. She doesn’t finish her food. She doesn’t even unwrap her napkin from her silverware. The last thing she’s thinking about is love.

Her monologue contains but one cut to Gladstone, who, in that shot, radiates as much happiness as her shy, introverted character can. None of the things Beth is complaining about register to Jamie, who invites Beth to see the ranch that very night. Beth, of course, declines. 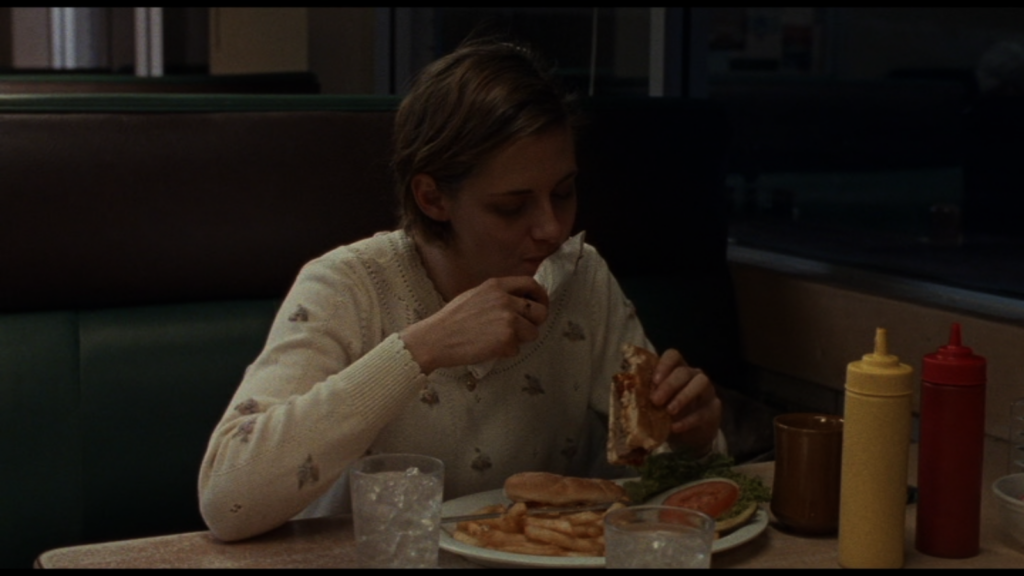 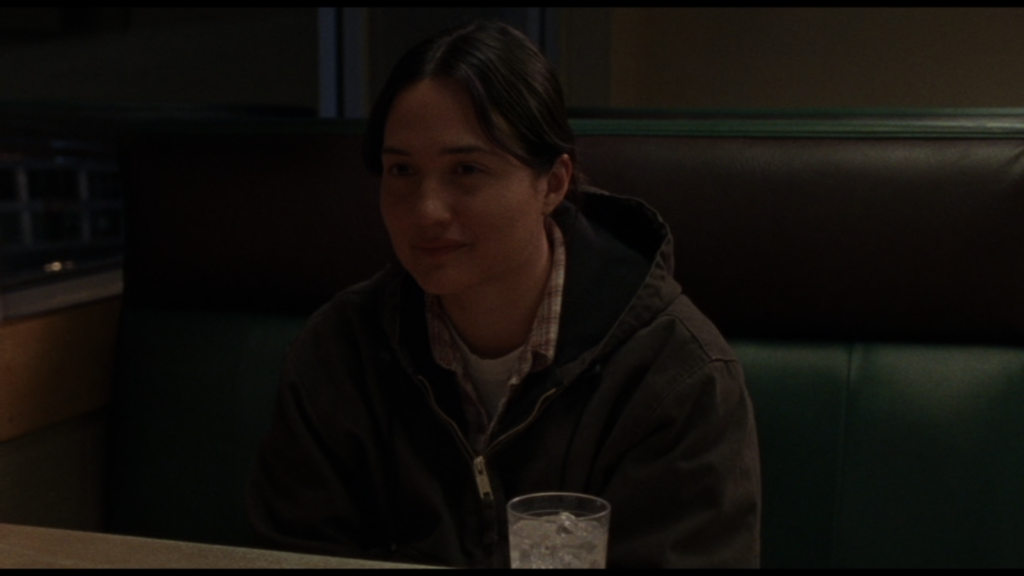 This pass aside, there’s hardly any language for her to communicate her feelings except through unconscious emotion, and Gladstone makes this feel so natural. So many things are going on at once in these diner scenes (there are three of them): desire, anxiety over desire, general relationship anxiety, and behind all those, pleasure. Gladstone ties them together effortlessly.

After their second meeting, where Beth asks her if she knows anyone in town who could teach the class, Jamie knows she may be about to lose this connection for good. Her inability to state her attraction outright means she has to pull off some tricky gesture to make it unambiguous.

And does she. On the night of Jamie and Beth’s third meeting, Jamie takes a horse from the ranch and rides to the school. Instead of driving to the diner separately, she gives Beth a horseback ride there.

On first seeing the horse, Beth is taken aback. She gets on reluctantly. They spend less time conversing on this night. On the return ride to the parking lot, Jamie is beaming. Beth just looks worried she’s about to fall off. 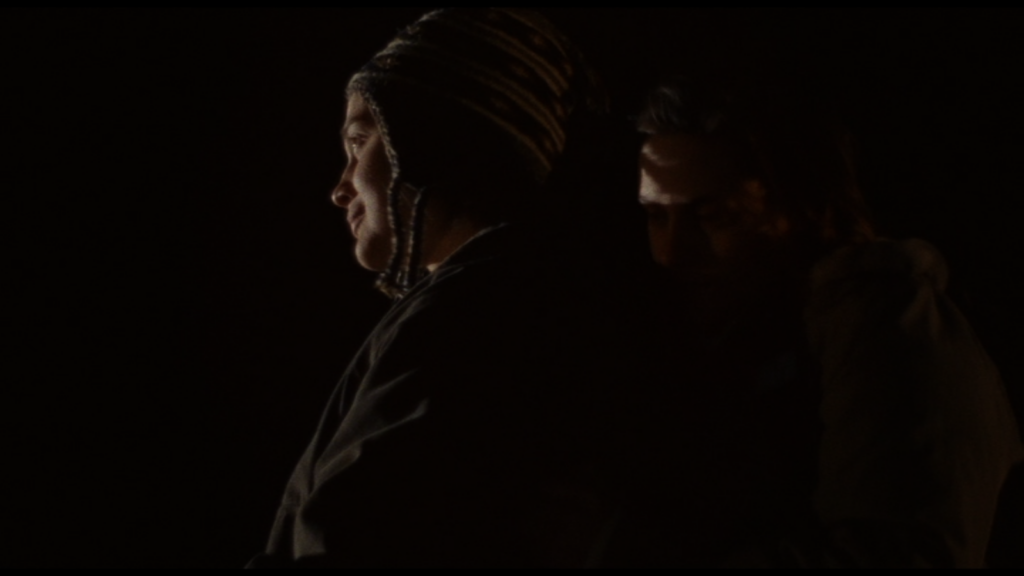 Two nights later Jamie goes to the class to find that Beth isn’t there. She leaves and starts driving home before ultimately deciding to drive the four hours to Livingston, where Beth lives. When she arrives, it’s still night. She wanders around downtown and ends up sleeping in her car. After she wakes up, she goes to a law office (Laura Dern’s character from the first part briefly appears here), and finds out where Beth works.

She arrives just in time to see Beth getting out of her car. She approaches her in the parking lot. The whole scene is a prolonging of the inevitable: Jamie knows she isn’t welcome there. She knows Beth doesn’t reciprocate her feelings. Gladstone could have come off as creepy in this scene, but the way she says her lines only heightens the sadness in Jamie’s act. She sounds like she’s on the verge of being on the verge of tears: that’s how precise the communication is between Gladstone and the audience.

“Most contemporary stories of queer love are about what a fulfilling experience it is. But, as Certain Women reminds us, sometimes it just doesn’t work out.”

“I just knew if I didn’t start driving I wasn’t gonna see you again,” she says. She stands there for a few seconds, hesitant because she knows this will be their last meeting. She says goodbye and walks away, shuffling backwards a little at first, to her truck. She does all this so casually, as if her heart isn’t breaking. As if she doesn’t have another four-hour drive ahead of her.

She takes one last look at Beth from her car, and in the next shot—which is two minutes long—she finally breaks down completely. Gladstone’s face goes on a whole journey in this shot. This is more than ordinary sadness. This is sorrow. And she conveys it without even crying. 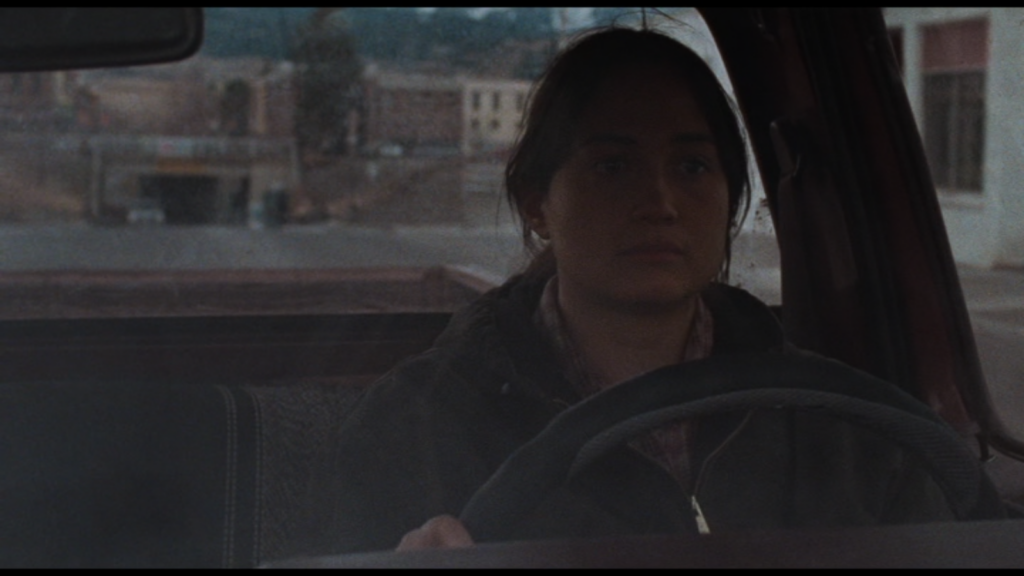 She falls asleep while driving, and her truck gently runs over a fence and rolls into a field. It’s a softer parallel to Eleanor Vance’s violent end in The Haunting of Hill House, another work about an isolated queer woman experiencing heartbreak. But unlike Eleanor, Jamie has some sense of purpose; her last words to Beth were, after all, “animals will be wondering where I’m at,” words which, in the scene, serve to paper over her emotions, but are also purely true on a factual level.

I first saw Certain Women in October 2021. The third part’s portrayal of isolated queer pining struck me as similar to my own experience. During my egg years, in my second semester of college, I holed up in my dorm, skipped an intro to theatre class so many times I failed it, and spent my time listening to Bright Eyes and Nine Inch Nails. I had friends, but I hardly saw or talked to them that semester.

The film’s portrayal of isolated queer pining struck me as similar to my own experience.

I also fell in love with someone I matched with on Tinder. We’d meet up and talk about how fucked things were. We’d discuss our leftover adolescent angst. In the long text I sent him about my feelings—after which he ghosted me—I couldn’t let myself say that I loved him or found him attractive, because I was worried I’d drive him away. But I ended up driving him away anyway.

There was a lack of knowledge about how to act, fear which led to a denial of my feelings, and ultimately, heartbreak. There were words which I could’ve said but didn’t, because I had never said them before. These are all precisely what Gladstone captures skillfully in her performance. Most contemporary stories of queer love are about what a fulfilling experience it is. But, as Certain Women reminds us, sometimes it just doesn’t work out.

That doesn’t mean that new possible worlds haven’t opened for Jamie. After the film wraps up its other stories, it ends with a long shot of Jamie in the stables at the ranch, going about her day’s work again. It’s both a continuation and a transformation. Loneliness changes from emptiness to something that gives one space to forget, fantasize, and create oneself a little better than before. 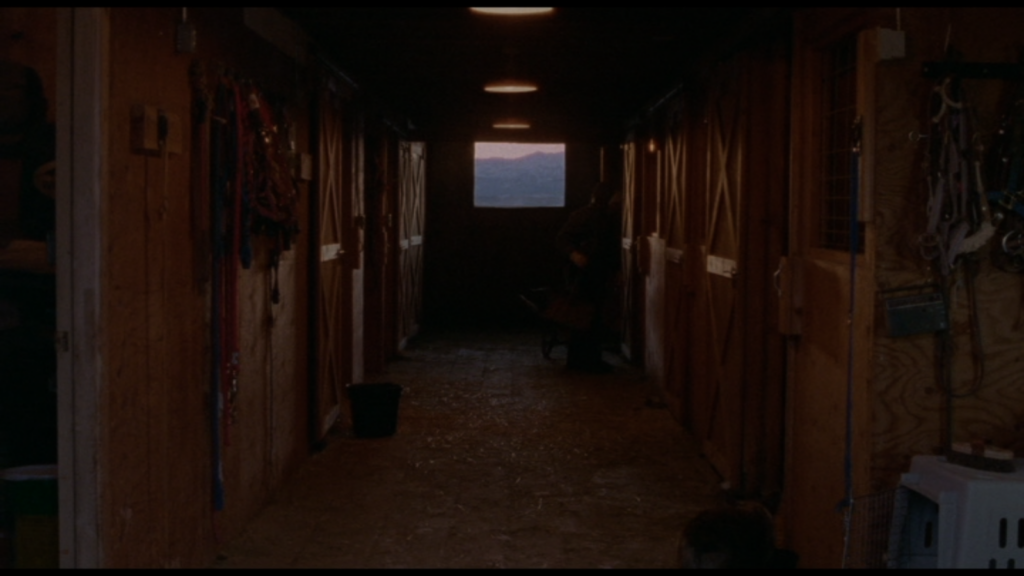 This role should have been more of a breakout for Gladstone than it was, a sentiment shared by many of the film’s reviewers. Even as a then-unknown actress, she’d managed to outact her more seasoned costars. Though she’s had, among other parts, a four episode role on Showtime’s Billions and a brief appearance in Reichardt’s First Cow, as well as a job hosting a series on film production for Crash Course, she hasn’t gotten the same high-profile roles as her costars.

I hope we see that change soon.♦