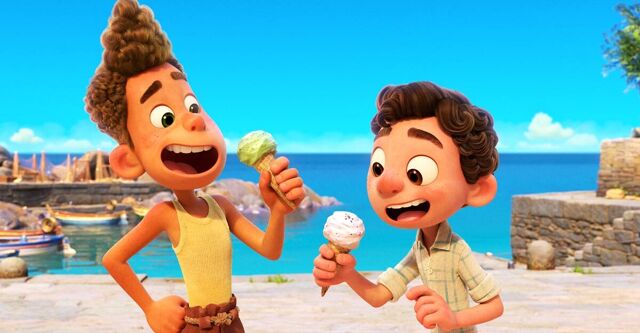 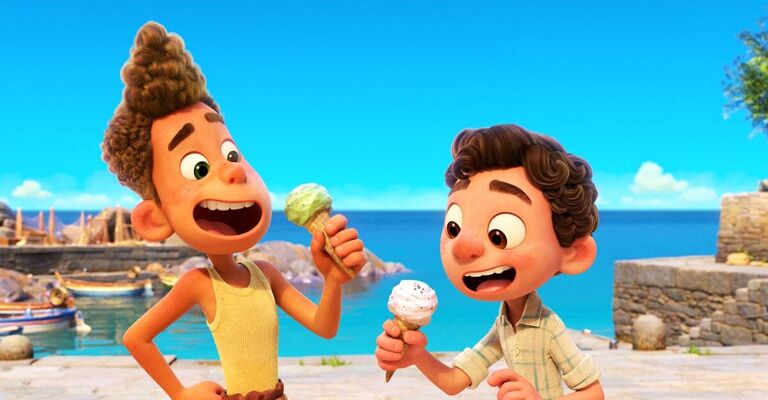 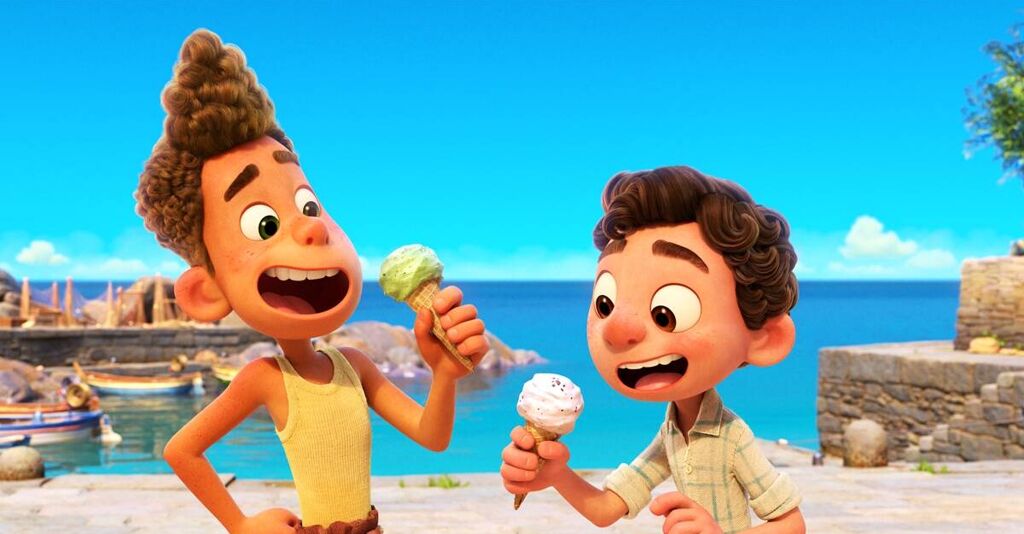 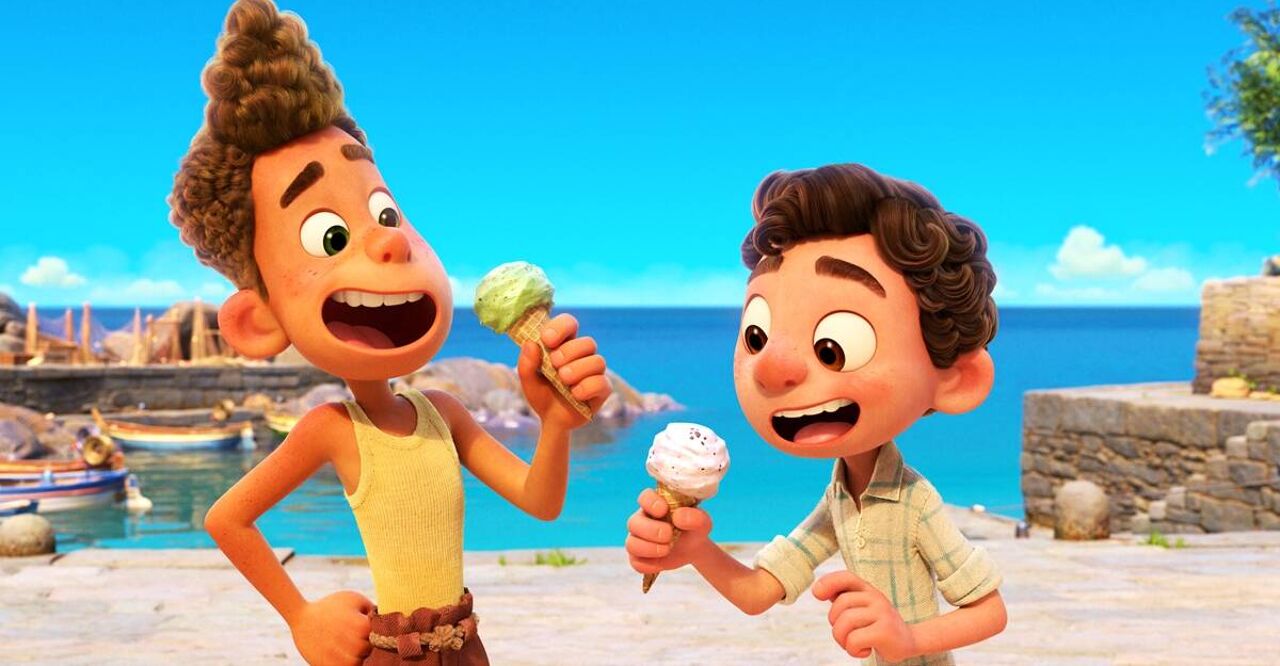 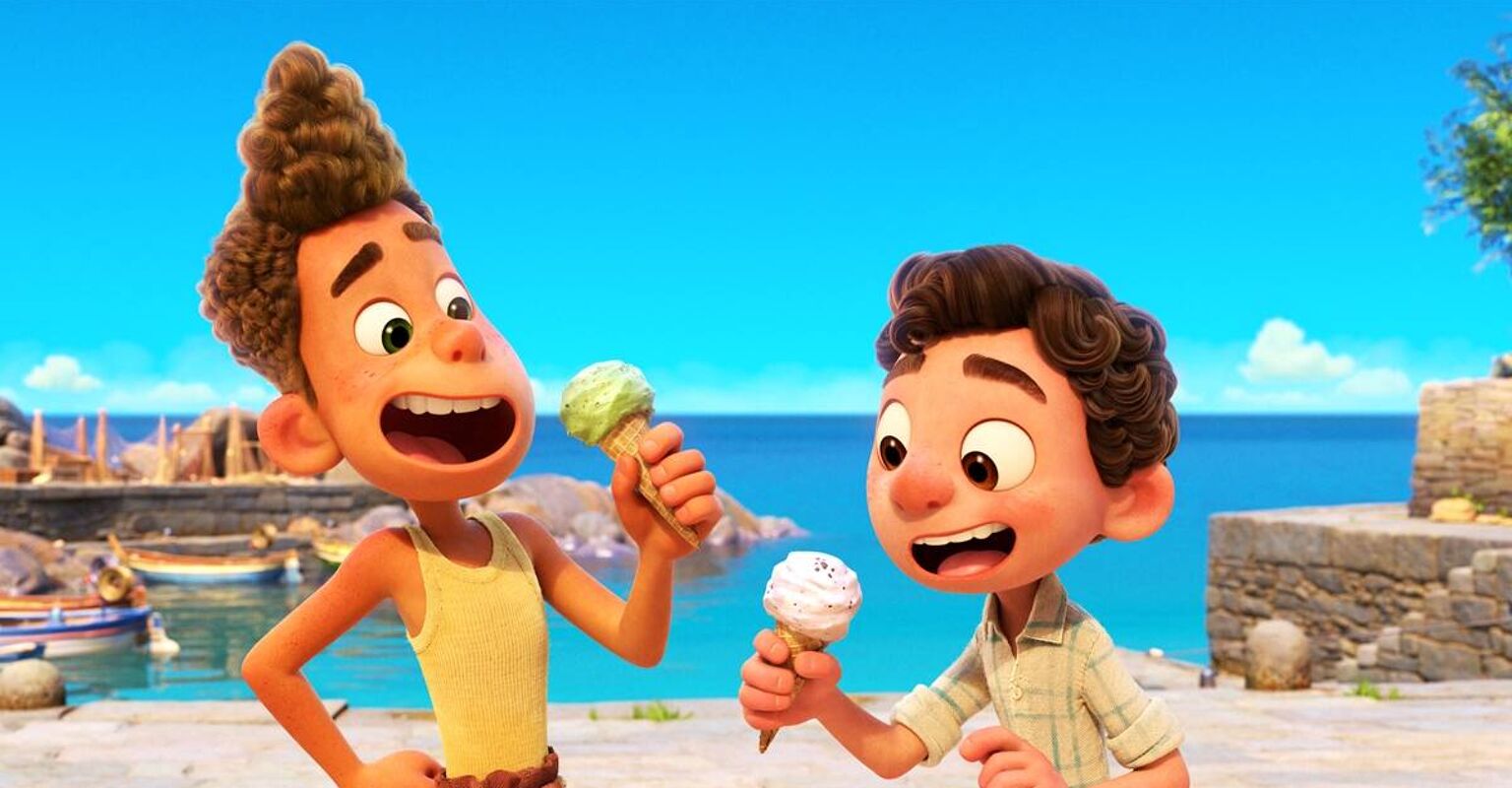 When I saw that the New York Times referred to Pixar’s newest film, “Luca,” as “Calamari by Your Name,” I assumed it was just a cheeky reference to the movie’s Italian setting and semi-aquatic protagonist. Then I saw the movie. Holy shit, it was gay!

Now, before I get your hopes up, there’s no explicit queerness here. Disney has yet to animate a gay kiss or a coming out scene in a blockbuster film. But in “Luca,” the metaphors are so thinly veiled they’re basically transparent.

Let’s run through the plot. Luca is a sea monster who feels a pull to the surface, something his parents forbid because the nearby human town is bloodthirsty for fish folk. Then he meets Alberto, another sea monster who invites him to adventure on land. When Luca’s parents find out, they plan to send him to conversion camp — sorry, “the Deep” — so Luca runs away with Alberto to live among the humans.

From here on, we’re getting into the major spoilers! If you haven’t seen it, seriously, check it out; this now ranks among my top Pixar movies.

Okay, now that it’s just us, let’s talk about how the movie really gets gay. Every fish-out-of-water story feels queer in a certain sense, and this is no exception. Luca and Alberto have to hide who they are to belong, whether that means hiding their love of the surface while underwater or hiding their fish form while on land. There’s a constant threat of outing, of persecution, of being recognized as a “monster.” I couldn’t help but draw a connection to the closet while watching.

The end of the movie really drove this point home. Ultimately, of course, Luca and Alberto are outed as sea monsters in front of the whole town. Ercole, the film’s villain, threatens them with a harpoon.

“Everyone is horrified and disgusted by you!” he says. “Because you are monsters.”

“Stop! They are not monsters!” replies their human friend Giulia.

“I know who they are,” interjects Giulia’s dad, Massimo. “They are Luca and Alberto.”

The message is simple and validating: Luca and Alberto are the same people they always have been and always will be, regardless of if they’re “monsters” or not.

Luca’s parents decide to let him stay in the human world, but not without reservations. His grandma (who, by the way, is the best character) reassures them that Luca will be okay.

“Some people, they’ll never accept him,” she says. “But some will. And he seems to know how to find the good ones.”

I’m not alone in this interpretation, either. The Internet is pretty much in consensus: those were some gay-ass fish. See for yourself:

so I watched luca yesterday pic.twitter.com/WaJ4qPzfKw

“Luca”’s director, Enrico Casarosa, claims that it’s not a gay story. Rather, he told Polygon, Luca and Alberto are simply best friends in a “pre-puberty world.” Sorry, Enrico, but I was gay before puberty. I had crushes on boys before puberty. You can’t erase your apparently accidental subtext that easily.

I want to be clear: I don’t think Luca and Alberto are gay in any kind of sexual way. They’re children. But their playful, schoolboy crush-style affection is a kind of gay representation I’ve rarely seen, even if it wasn’t intentional. Queer kids exist too! I was one, and if you’re reading this, you probably were as well.

The movie’s final scene is a heartbreaking train goodbye, where Luca and Alberto part ways. The similarities to “Call Me By Your Name” just won’t stop, huh? As they pull apart, both boys are transformed to their sea monster selves by the rain. Rather than dry off, Luca embraces his identity and leans out of the train car, secure in who he is thanks to his adventure with Alberto even now that they’re apart.

I may have collapsed on the floor at the end. I was moved, okay!?

Long story short, “Luca” is gay and you can’t change my mind. I hope this is a step in the right direction for Disney and Pixar, and they can run with “Luca”’s positive reception to create a main character whose queerness is more than metaphorical. I want my rebellious gay royalty, dammit! Until then, I’ll be happy to watch Alberto and Luca’s unforgettable Italian summer on repeat. Ciao!

“Luca” is streaming now on Disney+.