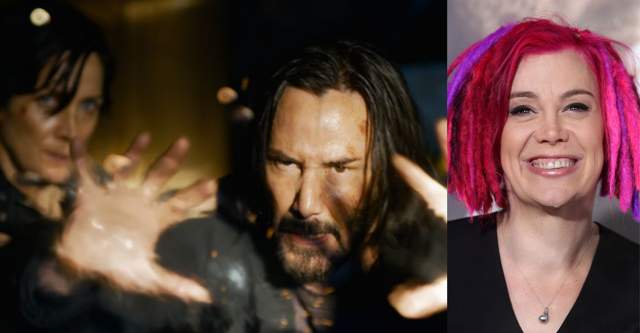 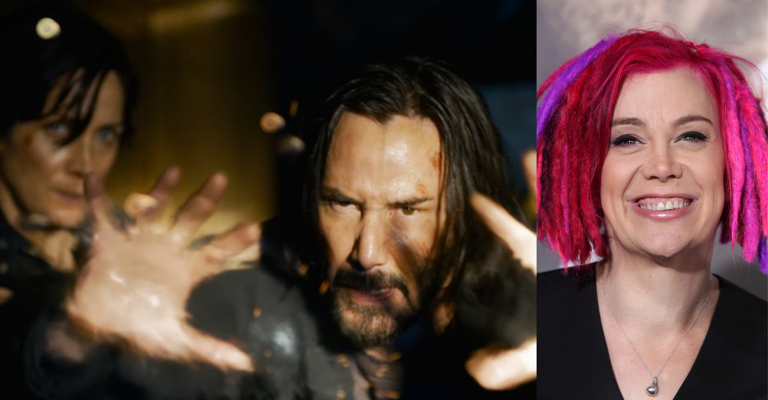 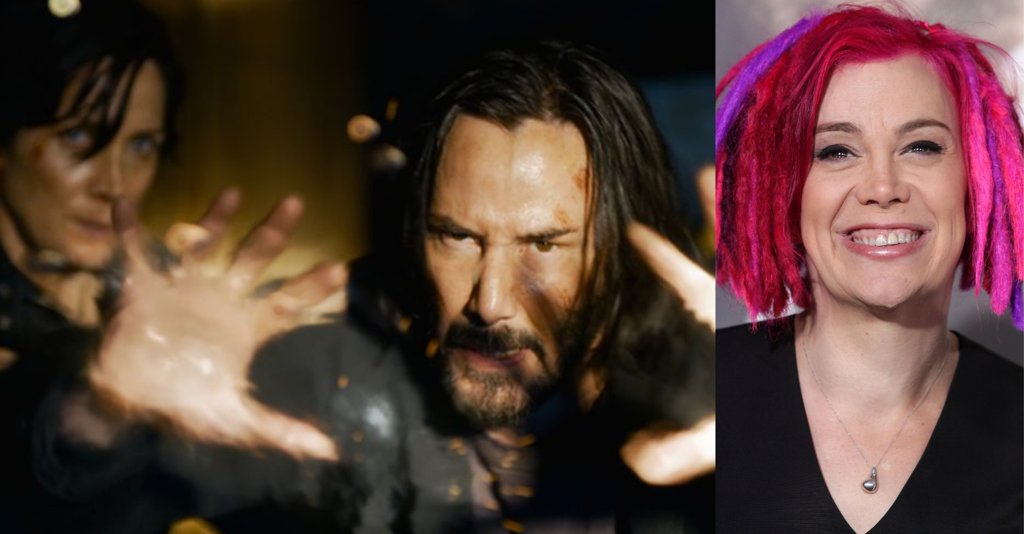 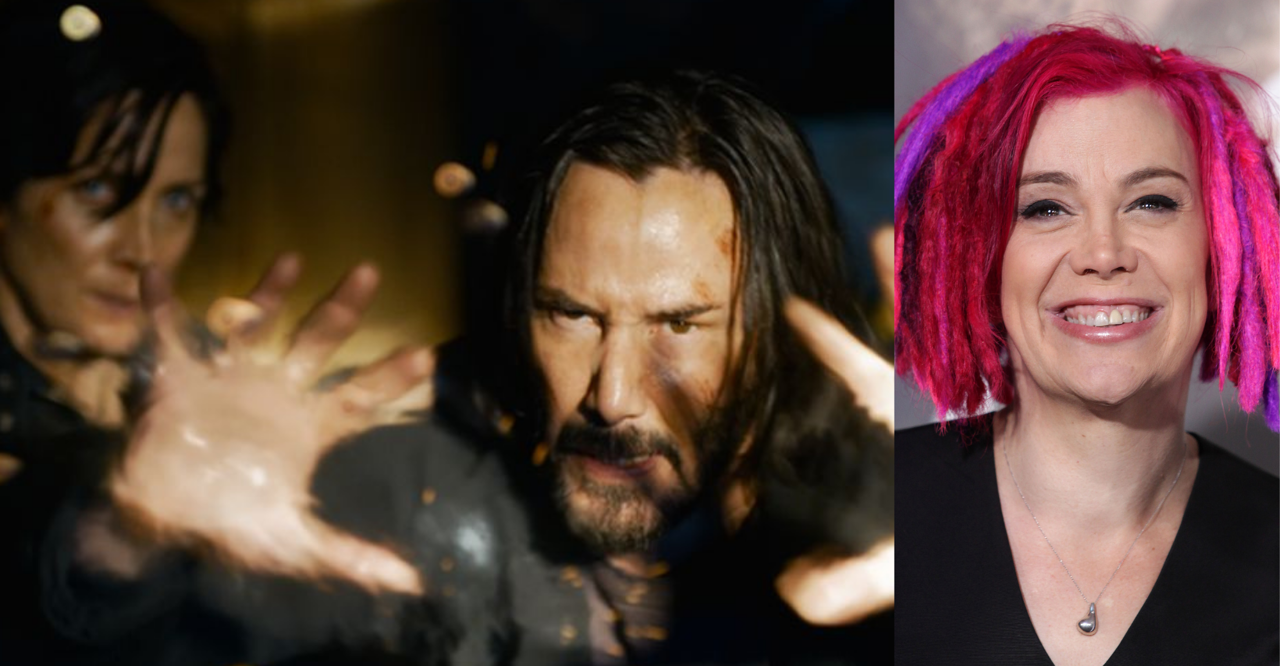 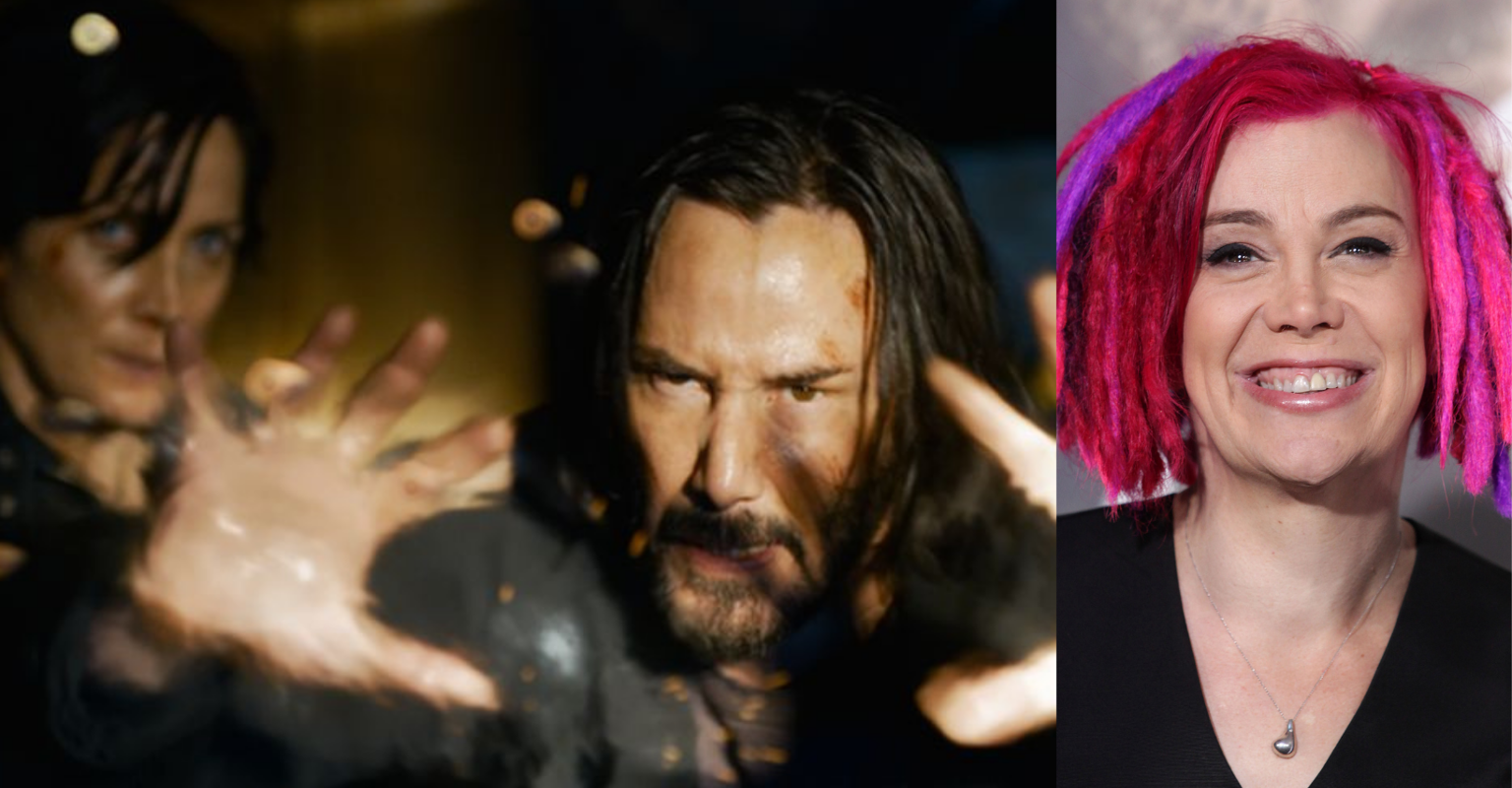 The first trailer for Lana Wachowski’s 4th film in the “Matrix” series, The Matrix Resurrections, is here, and boy oh boy, are trans people excited.

The Matrix Resurrections in theaters and on HBO Max December 22 #TheMatrixMovie pic.twitter.com/USY3CKSgXq

In case you’ve forgotten, here’s a quick history of events up until this point:

1999: The Matrix is released, to critical acclaim.

2003: The Matrix: Reloaded is released to less acclaim

Also 2003: The Matrix: Revolutions is released to not a lot of acclaim.

2012: Lana Wachowski comes out as trans during a press tour for Cloud Atlas.

2016: Lilly Wachowski comes out as trans. She makes her first public appearance post-coming out at the GLAAD Media Awards, where she accepts an Outstanding Drama award for “Sense8.”

For those who don’t know, trans and queer fans of the “Matrix” franchise have long speculated that the films are a vast allegory for the trans experience. When Neo (Keanu Reeves) is instructed by Laurence Fishburne’s Morpheus to choose between taking the “red pill” and the “blue pill,” he’s being given a choice between a life of blissful ignorance (staying in the closet) and understanding the truth and all that comes with it (coming out.) And while weirdos like Elon Musk and Ivanka Trump seem to have distilled this concept into a depressing Republican/Democrat dichotomy that doesn’t make a lot of sense, trans people always knew what it meant.

The trans writer and critic Emily VanDerWerff has written eloquently on what the original Matrix films meant to her and her transition, as well as the trans community in general. And she’s far from the only fan to read the film this way. Both Lana and Lilly Wachowski have publically explained that the films are about the trans experience. In fact, there was apparently a character named “Switch,” cut from the original script, who would change genders in the Matrix. Even without that explicitly trans element, the film’s allegory holds strong. When you’re faced with the choice to come out of the closet, you’re facing a scary, life-altering decision. You can either keep being miserable in this world, or find another, kinder one, after undergoing a lot of pain and torment.

So here we are, almost 20 years later, and The Matrix franchise is back. The fourth film in the series, The Matrix Resurrections, is already trans as fuck by the title alone. What’s more trans than a resurrection, a rebirth? Keanu Reeves caught a lot of Christ comparisons from critics after the heavy-handed third film, Revolution, came out, but let’s not forget that Jesus is a trans figure himself for this reason. These stories have always been about transformation and coming into ones’ own, other peoples’ constructs of “reality” be damned.

So what does the fourth trailer tell us? Well, like a trans king, Neo is in therapy. His therapist in Neil Patrick Harris, which is worrying, but at least he’s a new-age therapist who doesn’t use the word “crazy” to describe his patients. Of queer actors there are plenty: notably Jonathan Groff as a blue-haired…somebody? Who knows. And importantly, Carrie-Ann Moss reprises her role as Trinity, while Jada Pinkett-Smith returns as Niobe.

But what’s actually happening in the world of the Matrix? What’s the threat? Why is Neo’s face turning into another man’s face? That’s pretty damn trans! As usual, it’s looking pretty convoluted. But what else do we expect from the Wachowskis? They’re nothing if not high-concept. The important thing to take home is that trans people are happy, and when trans people are happy, that’s a fucking good day.

So, um, this is… spectacular!
It’ll arrive a little late for Hanukkah but just in time for my friends and family who plan to celebrate Christmas… in #TheMatrix #Matrix4 #TheMatrixResurrections https://t.co/p4ns9xSc9z

We can be excited, as a treat!

Me getting hyped for Matrix Resurrections even though they’re batting 1 for 3. pic.twitter.com/oRwnlTfc6V

A trans woman friend admitted to me she has never seen The Matrix, so I explained it to her. pic.twitter.com/YdAsvkpgUb

Here for the queer fanart:

Neil Patrick Harris saying “triggered” in a Matrix sequel in 2021…bit on the nose?

[youth pastor voice] you know what the biggest matrix resurrection of all was?

It’s also fine to not be excited:

I am glad everyone is excited about the trailer but every party needs a pooper and I’ll commit the trans cinema sin of not caring, AT ALL, about the new The Matrix movie. It surely has to be better than the previous three because I find them unbearable but still… pic.twitter.com/gsHPd0djtR

But for now, let’s remember the glory of the 90s:

Carrie-Ann Moss and Keanu Reeves taking an intense smoke break while filming the first Matrix. we all smoked this aggressively in the 90s pic.twitter.com/4qbqDmgGbL