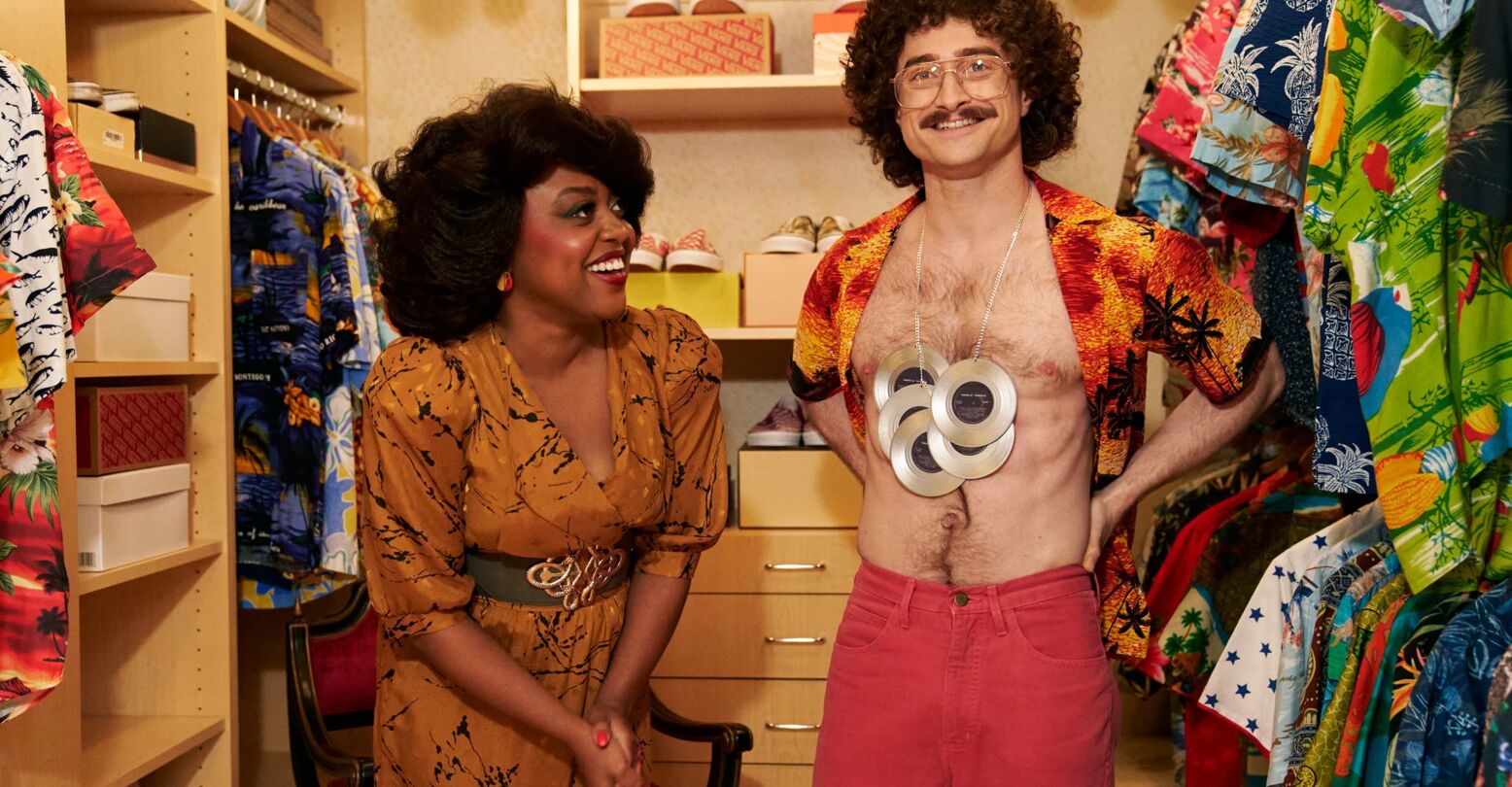 Well, it happened: our wildest dreams came true. Quinta Brunson has transformed into Oprah alongside a strangely hot Daniel Radcliffe as Weird Al.

Now if you, like me, were disappointed to find that this image is from the upcoming biopic “Weird: The Al Yankovic Story” rather than a forthcoming untitled Oprah biopic starring Quinta, well, all I can say is my condolences. Hopefully we’ll get there soon.

Meanwhile, just about everyone is shook. Critics (people on Twitter) are calling it “High Camp,” and they’re not wrong!

Now this will be high camp lol

In May, we got a previous look at Radcliffe’s transformation and holy good God, “shook” barely describes it.

I like women and boobies but Dan Radcliffe as Weird Al just HITS DIFFERENT pic.twitter.com/Cp3wE5J4Fl

Especially when everyone realized that DRad hit the gym for this portrayal. It’s called method acting!

This is the only think that can help my brain. Ripped dan Radcliffe weird Al, give it to me I deserve it https://t.co/T9pO54p6WS

It all has us wondering: what if the plot was just about Oprah and Weird Al becoming friends and doing hijinks?

I’ll be watching the WEIRD AL YANKOVIC film for the plot.

In reality, the Weird Al story is actually incredibly sad. For instance: did you know that Weird Al’s parents basically met the same fate as the parents in Midsommar? Well, believe it. In 2004, both the singer/songwriter’s parents were found dead in their Fallbrook, California home, after a carbon monoxide leak. The distraught artist pushed through his “Poodle Hat” tour and tried to bury the sadness in his music. But honestly, who the hell can recover from something like that?

More recently, “Weird Al” can be seen as a supporting character on the Lily Wachowski-produced show “Work in Progress,” in which he plays SNL actress Julia Sweeney’s husband.