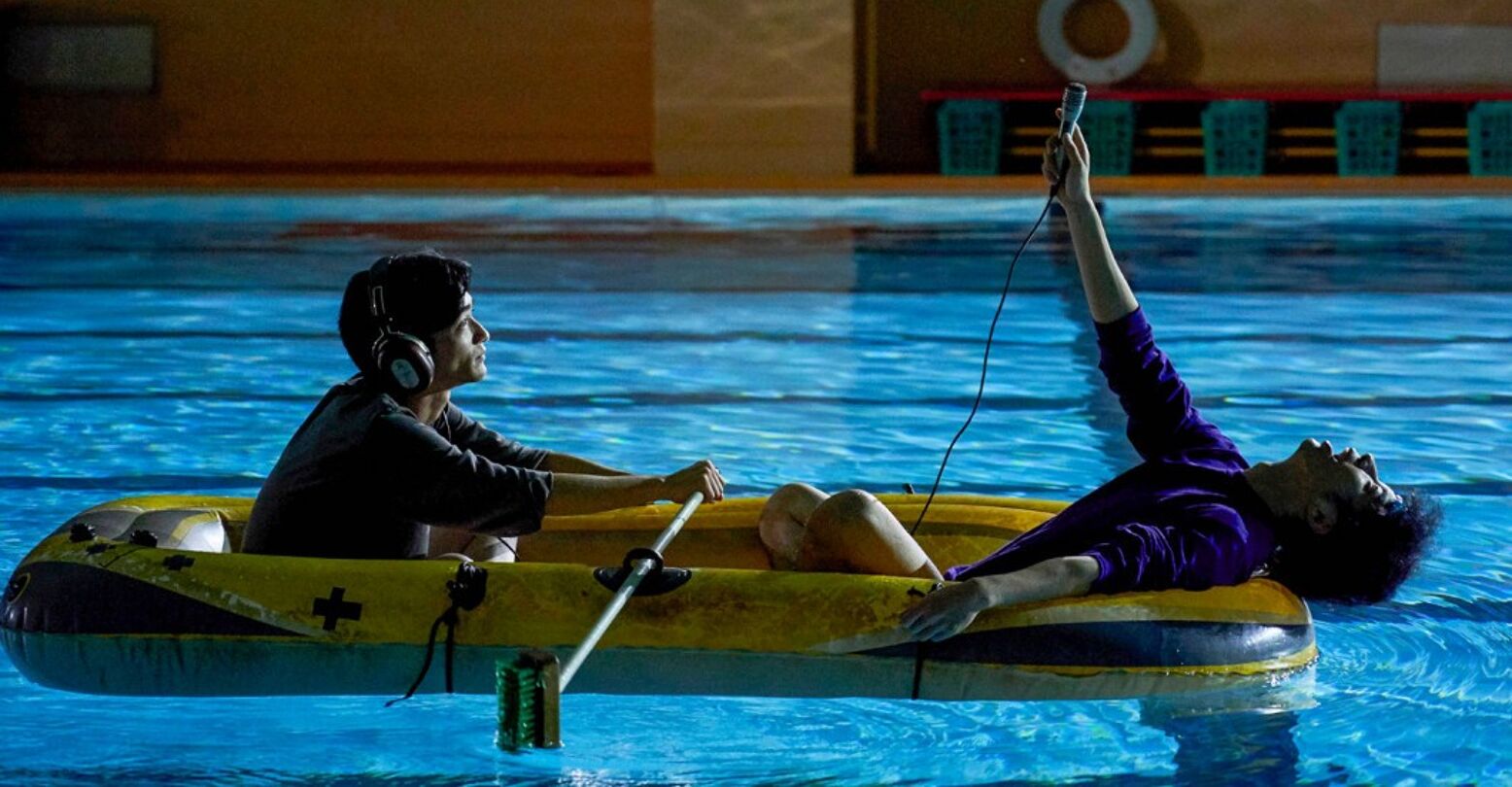 Documentaries often get a bad reputation. However, every once in a while, there’s a documentary which breaks that mold, and tells its story in its own unique way. Sirens is one such film.

The film follows Slaves to Sirens, Lebanon’s first all-female heavy metal band from after the release of their first EP up until they put the finishing touches on a debut album. While Sirens initially starts as a traditional music documentary, following the band as they begin their rise to fame, the film subtly shifts its focus to something more intimate. The second half of the film chooses to focus on the internal tension between guitarists Shery and Lilas, becoming a character study of the two and how their unresolved tension threatens to unravel the band altogether.

The core on which Sirens is built is an exploration of tension. The sound of thrash metal, lesbian drama, being queer and goth in a conservative country—all these elements build like a power cord feeding raw static into an amp. While not focused on the political situation in Lebanon, the film interweaves footage from protests and riots with its own soundtrack. The sounds of gunfire and protest chants transition seamlessly into the drums and screaming of Slave to Sirens’ own music. It’s a symphony that only theater speakers can do justice to which highlights the intermingling of powers at the heart of Slave to Sirens’s type of heavy metal.

The sounds of gunfire and protest chants transition seamlessly into the drums and screaming of Slave to Sirens’ own music.

Sirens is a documentary so engrossing and cinematic that at times it’s easy to forget that it’s not fiction. Part of the reason the film is able to achieve this level of quality is due to the intimacy built between director Rita Bhagdadi and the band members. Lilas herself noted that they treated Baghdadi “like an older sister,” over the course of filming. This level of intimacy can be seen both in the vulnerability of the band members, as well as the poignant moments Bhagdadi chooses to show on screen. All told, Sirens is an incredible film showcasing the overlap between the personal and the political, the blowing over of old resentments, and the raw power of heavy metal.

One of the earliest pieces I ever published was one discussing the overlap between Rope and Bound. In this piece, I found that each film posited a disconnect between sound and touch, particularly in relation to how queer identity often masks itself behind language in order to survive.

It appears this is a broader trend: Let Me Hear It Barefoot follows Naomi, a reserved teen who collects used media, fearful that it may be lost to history and believing that “[he] only trusts what [he] can touch.” On a chance encounter, Naomi crosses paths with Maki, an extrovert and friend to the aging and blind Midori. Once an avid traveler but no longer able to roam because of her disability, Midori tasks Maki with continuing her journeys around the globe in her place. Thus Naomi and Maki embark together, using a microphone to collect sounds and create fictional travel logs to share with Midori and help her reclaim parts of her memory (Fans of Mike Mills’ C’mon C’mon will no doubt recognize this plot set up). As the two continue on, the tension between the two begins to rise.

Let Me Hear It Barefoot is a social drama at its most social drama-y, relying on performance and character rather than plot or cinematography.

Let Me Hear It Barefoot is a social drama at its most social drama-y, relying on performance and character rather than plot or cinematography. Indeed, Let Me Hear It Barefoot’s main focus is the disconnect between sound and touch. After all, the main focus of the film hinges on the pair creating sounds without touch, and the flacid attempts of the two to fill the gap. Realistically, these attempts translate into decidedly too many sessions of homoerotic roughhousing. Even the title of the film alludes to the desire to connect sound and touch, to create a marriage between the physical and the emotional.

Unfortunately, Let Me Hear It Barefoot never really manages to escape the confines set by the social melodrama. Likewise, while the film understands its central metaphor quite well, it doesn’t do much to expand it beyond the expected and repeats some of its plot rather than offering something new to the genre.

At the very least, Let Me Hear It Barefoot is a love letter to the foley artist who is able to create the sounds for a place that only exists in the imagination of the filmmaker.