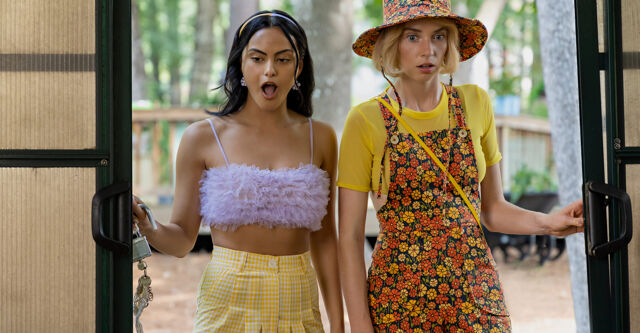 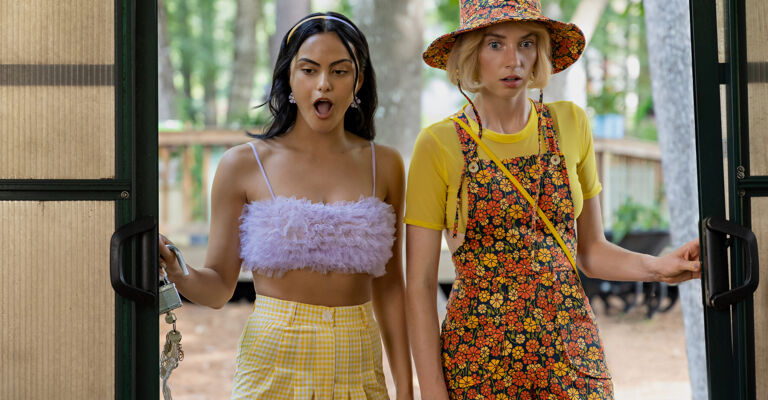 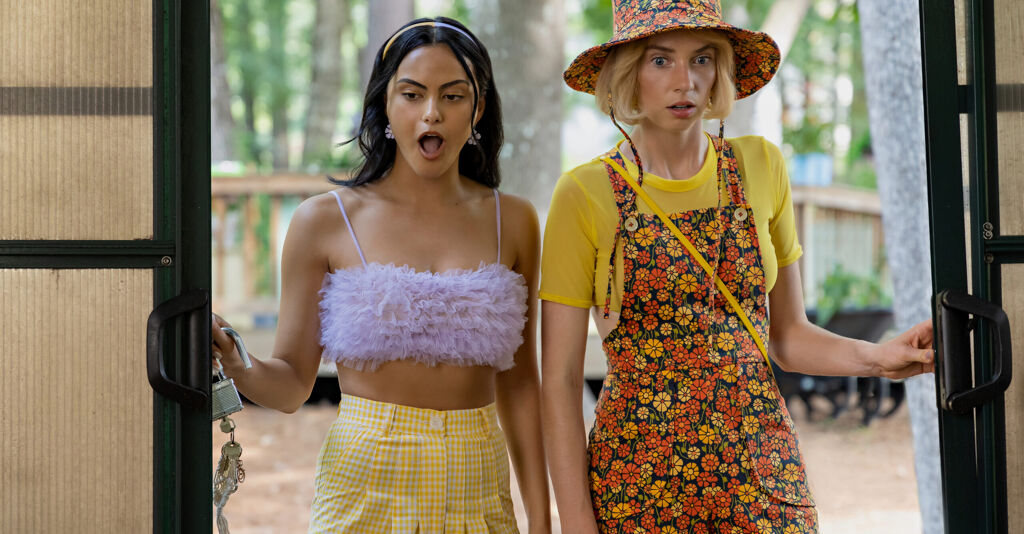 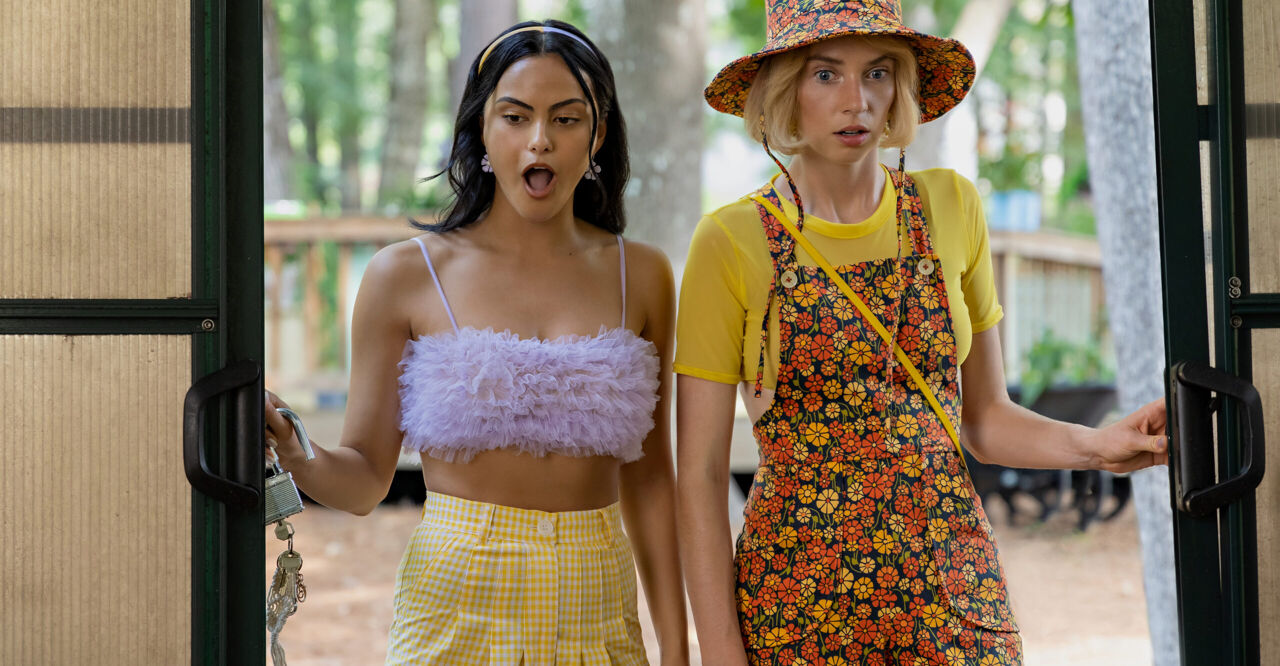 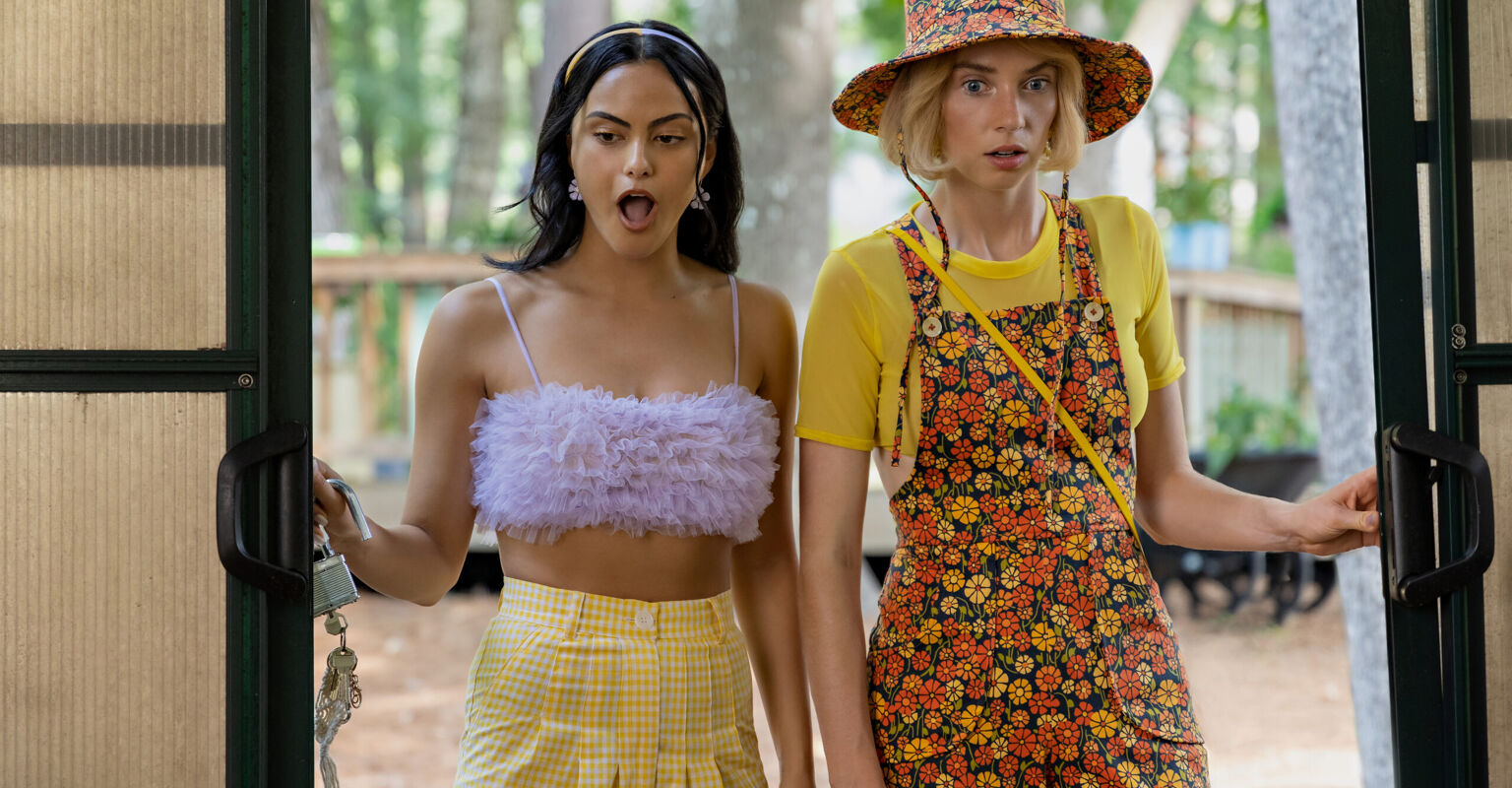 They say that revenge is a dish best served cold. Well, with Do Revenge, it’s a dish served fashionable and witty. In Netflix’s new teen comedy, teenage machinations are out and about, as two students find each other as the answer to their bullies. Joining forces to take care of each other’s revenge work, leads the two down an unexpected path of friendship, self-discovery, and even more revenge. Starring Camila Mendes, Maya Hawke, Austin Abrams, Rish Shah, Talia Ryder, Ava Capri, Jonathan Daviss, Maia Reficco, Paris Berelc, with Alisha Boe, and Sophie Turner.

Drea Torres is setting her goals high and shaping her life around them. With a fantastic academic record, a supportive group of friends (Alisha Boe, Paris Berelc, Maia Reficco), and a charming boyfriend (Austin Abrams), Drea only needs her dream school, Yale University, to seal the deal. But when her boyfriend shares an intimate video of her with the student body, Drea’s seemingly perfect life turns upside down.

Enters Eleanor, an awkward, queer student who marches to the beat of her own drum. Eleanor endures the lagging echo of a nasty rumor told on her by her bully Carissa (Ava Capri). In a weird twist of fate, Eleanor and Drea join forces to get revenge on each other’s headaches.

The chemistry between Mendes and Hawke’s characters is electric. The rapport between the two actresses really drives the film along. Additionally, having a diverse cast (way more than its predecessors) doesn’t hurt as well. Although the majority of the supporting character performances aren’t memorable, kudos go to Sophie Turner for some scene-stealing comedic moments in a role we haven’t seen her portray yet.

This film mixes Strangers on a Train, My Fair Lady, and Mean Girls to become a Gen Z version of Tina Fey’s hit film. One thing about Do Revenge is that, unlike its predecessors, it places systemic issues and social injustices front and center without it feeling cringy or self righteous.

Sure, the film knows what it is (a campy, teen comedy with a bite) and leans into it. But it’s not meant to educate or be an exploration for those who aren’t literate in social justice speech. Instead the conversations on these issues, including class, race, and queer relationship dynamics, push the story in thoughtful and cheeky ways.

But that should feel expected for the Gen Z Mean Girls. The characters navigate sexual fluidity, social media is omnipresent, and the film’s fashion belongs to Gen Z. And while it feels like its own thing, it still takes elements of and pays homage to classic teen films from various generations.

Movies like Clueless, The Craft, 10 Things I Hate About You, Heathers, and Cruel Intentions are all given reference to in Do Revenge within different shots, dialogue, and scenes. These films heavily shaped the teenage comedy/drama/romance genre and seeing reference to them in this film just reinforces their relevance and importance, while striving to add Do Revenge into the same pantheon.

With these movies as inspiration for Do Revenge, there are big shoes to fill, but it does so in its own way. The plot twists are fun, the dialogue is cheeky without going overboard, and Mendes and Hawke are a joy to watch acting opposite each other. Do Revenge is a solid chapter in a genre of films that seem to be dwindling.

There may not be the same quotable moments as its predecessors, but the film is memorable by taking what audiences love about this genre and giving it a breath of fresh air. Oh, and a Sarah Michelle Gellar cameo doesn’t hurt either.

Do Revenge is streaming now on Netflix.